Research shows victims had their still-beating hearts ripped from their chests before their heads were cut off and added to a gruesome monument the size of a basketball court. 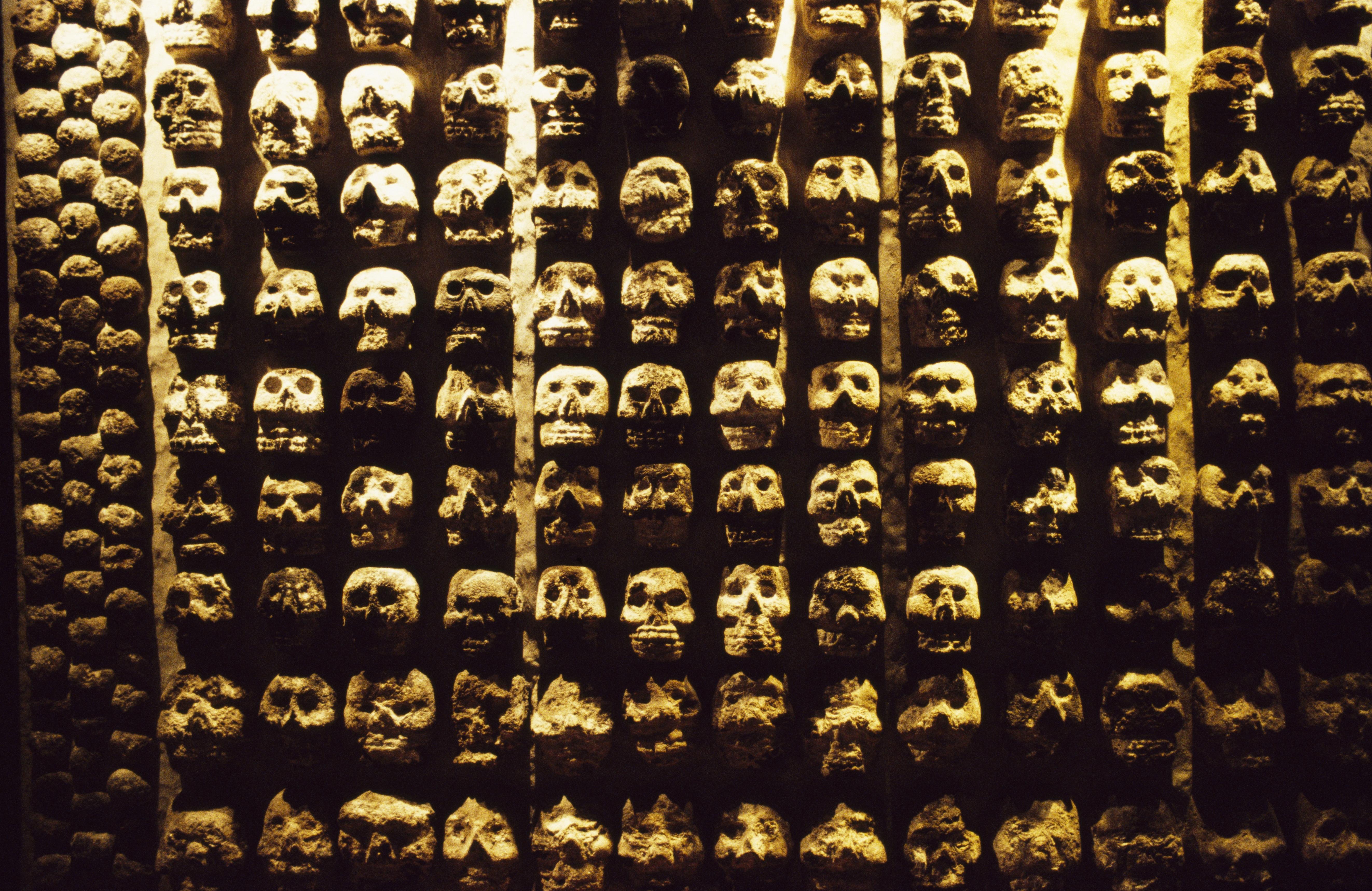 Archaeologists discovered the shocking memorial near the site of the Templo Mayor in the 15th century Aztec capital Tenochtitlan, which later became Mexico City.

The area was once the epicentre of the Aztec city of Tenochtitlan – a gruesome location where human sacrifices were regularly performed to honour the gods.

Captives were taken to the Templo Mayor – or great temple –  where priests cut out their hearts while they were still alive, Science reports.

The bodies were then decapitated and priests carefully flayed the skin and muscle from the heads. 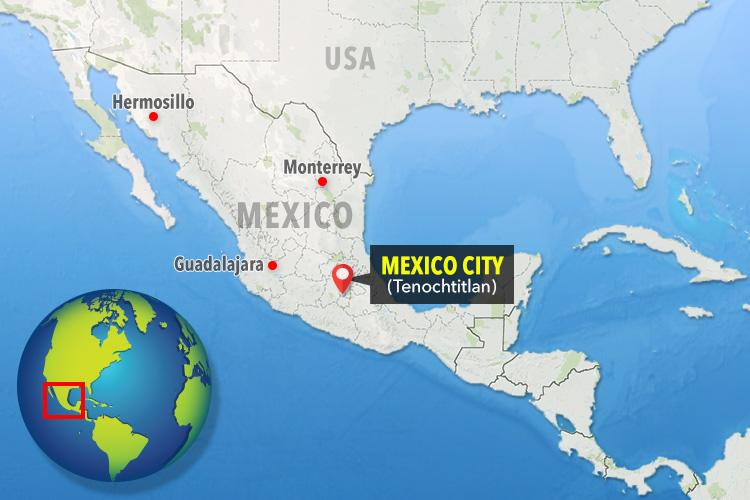 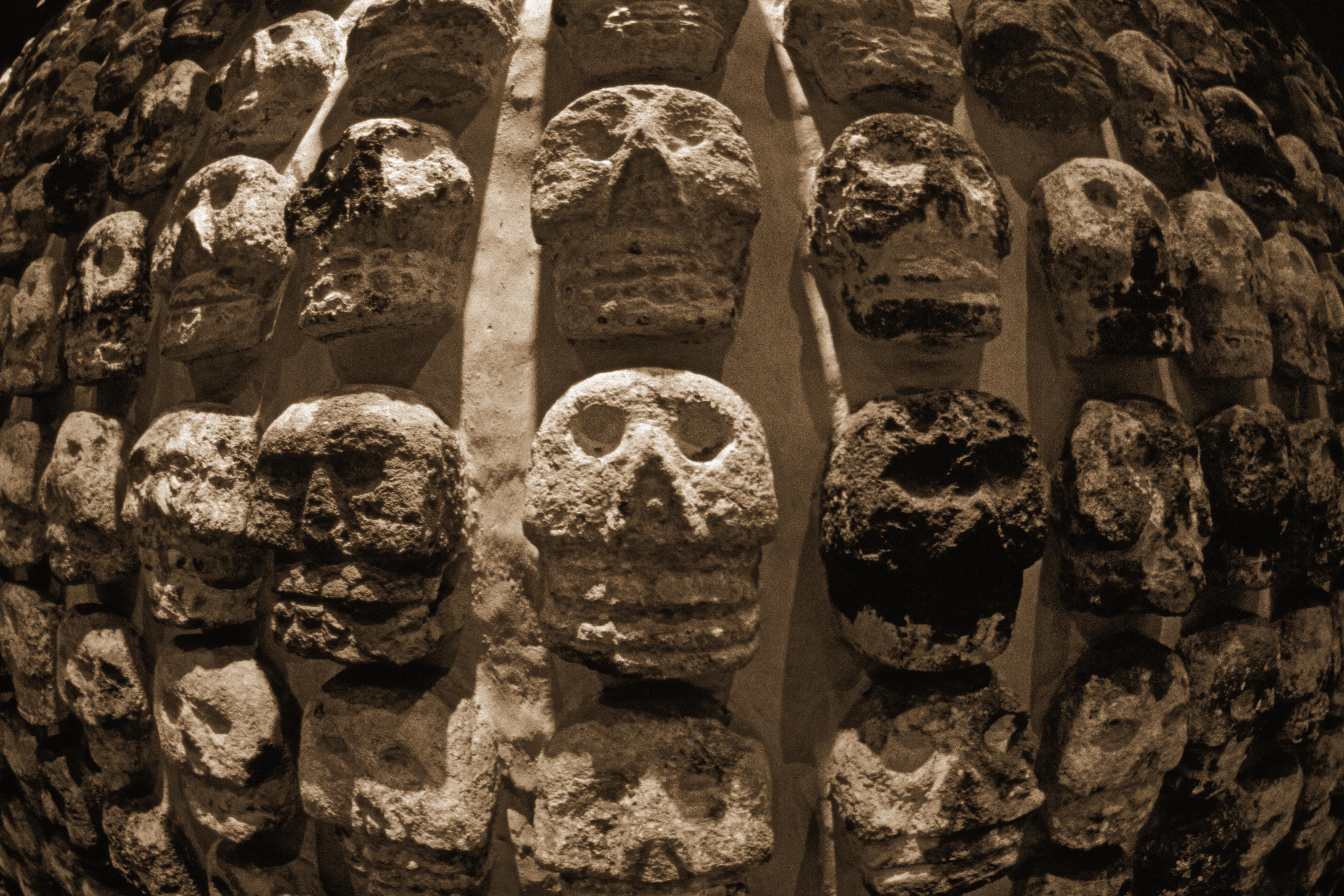 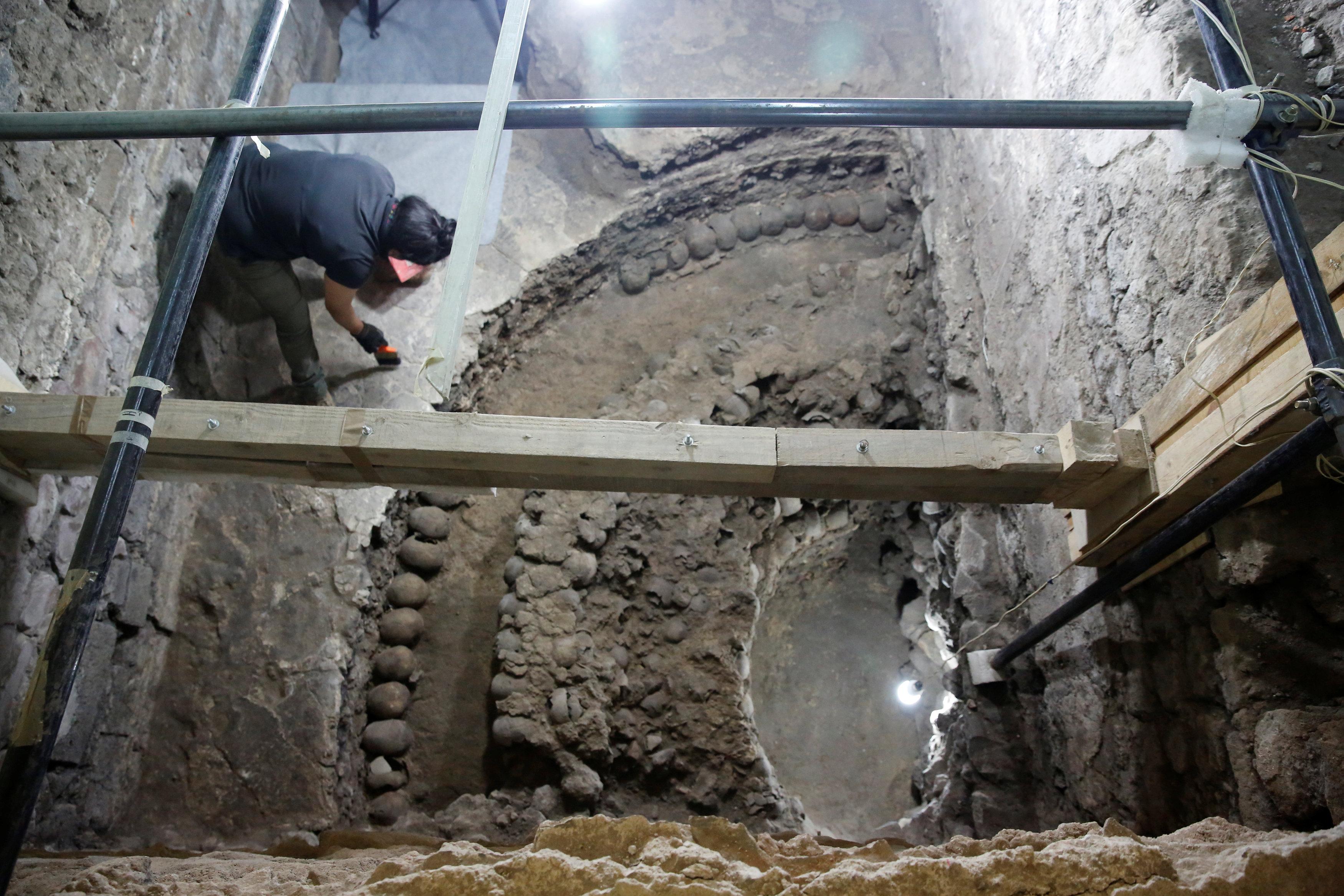 Large holes were then bored into the sides of the skulls and placed onto a large wooden pole prior to being placed in the tzompantli – a towering rack of skulls in the front of the temple.

Two columns of decorative mortar skulls were placed either side of the real ones to honour the gods and scare off potential enemies.

Paintings and written descriptions from the early colonial period have long documented the macabre site. One historical report claimed one rack contained more than 130,000 real skulls.

However, in 2015 archaeologists from Mexico’s National Institute of Anthropology and History (INAH) found one of the skull towers. 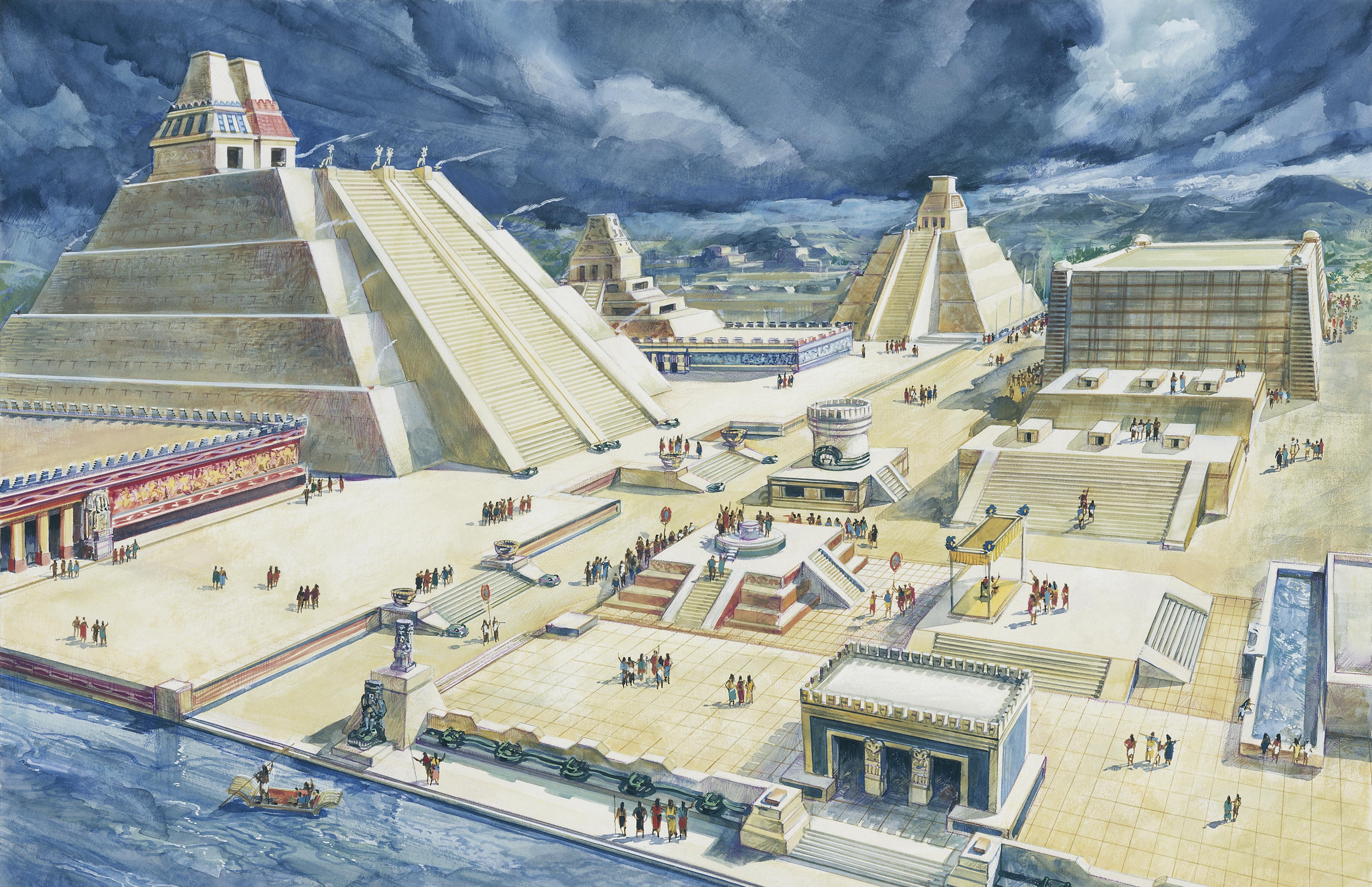 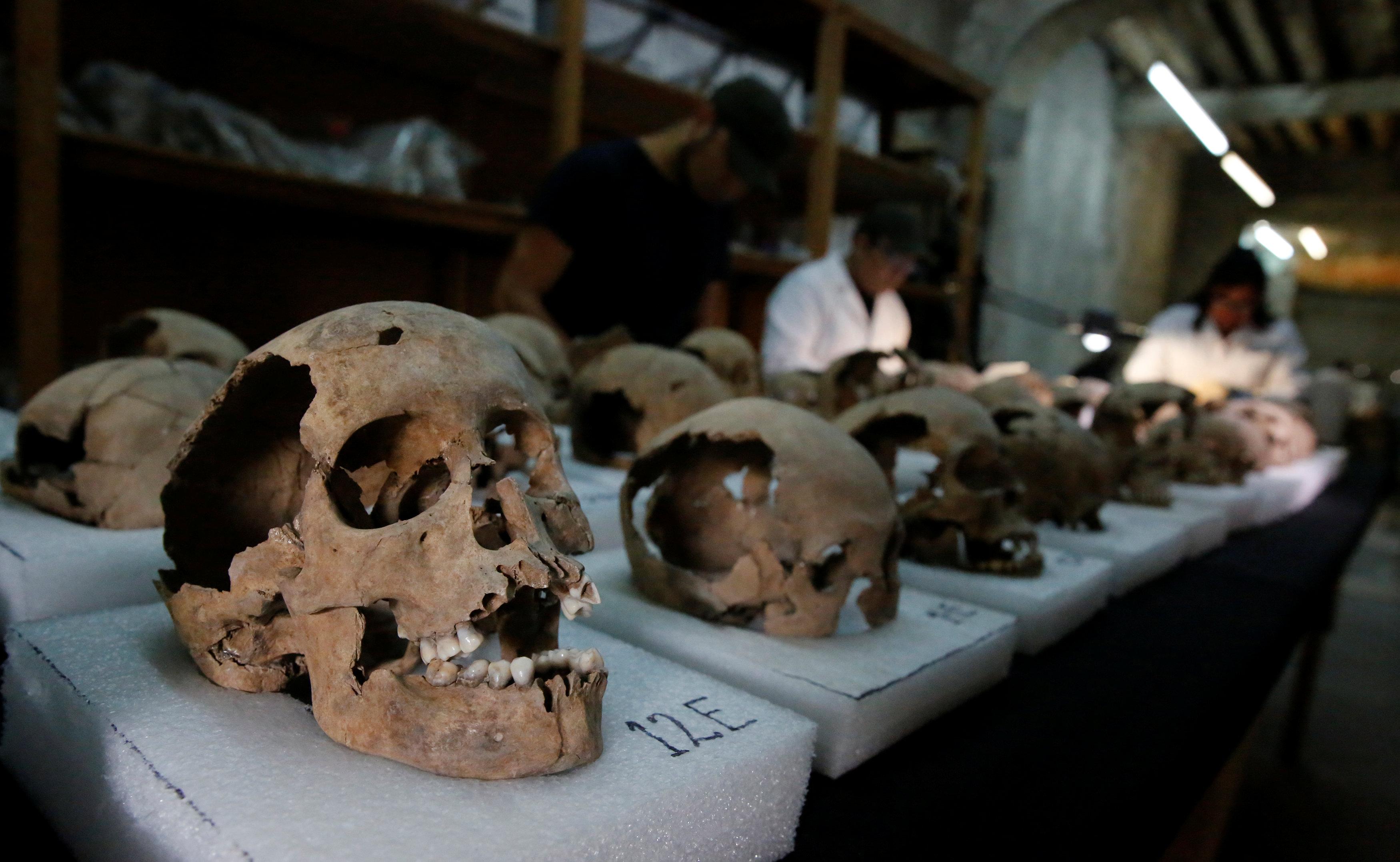 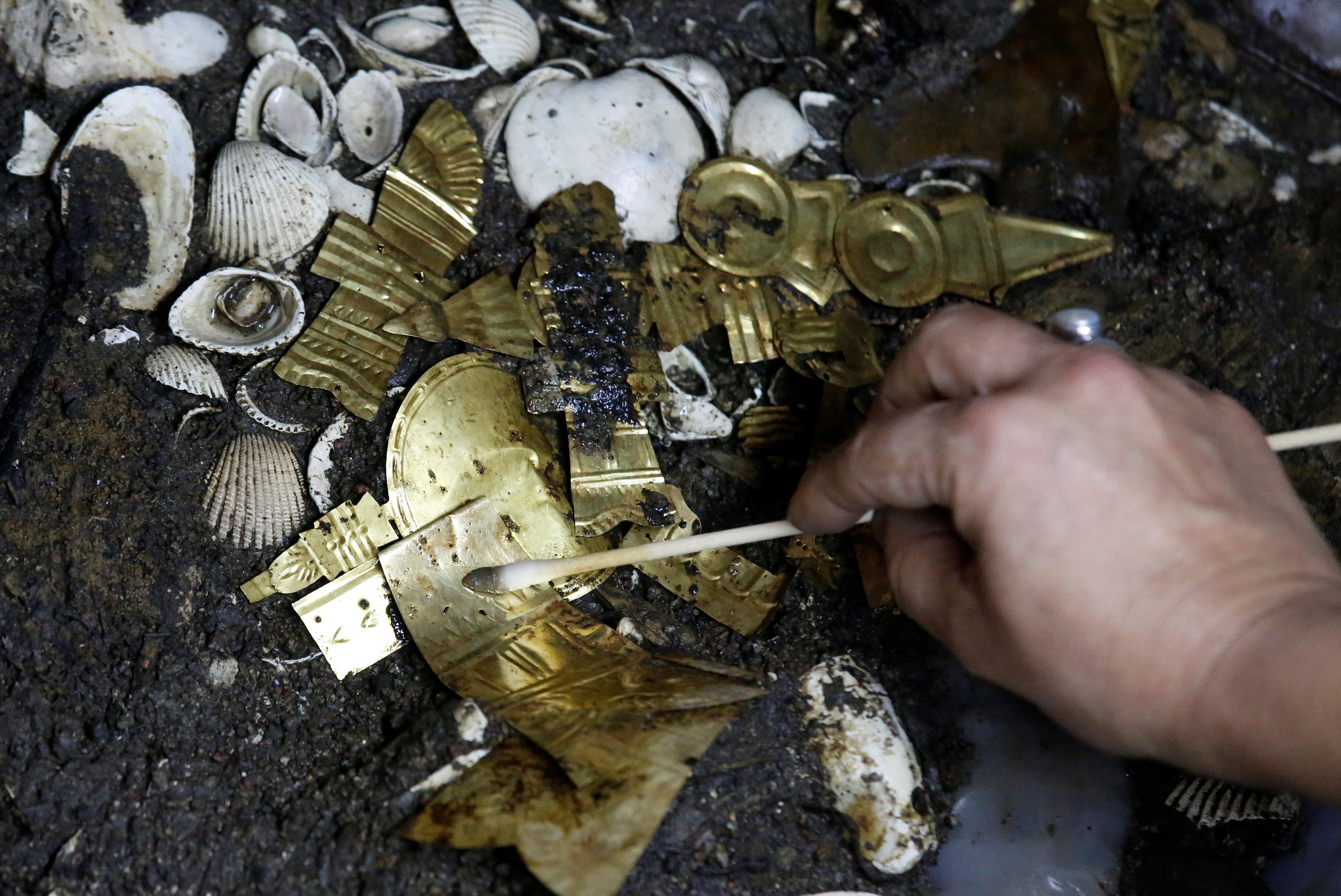 More than 650 skulls and thousands of fragments were discovered in total, offering a glimpse into the Aztecs’ bloody culture.

Experts say given the scale of the racks and the skull towers, archaeologists now estimate that several thousand skulls were probably on show at a time.

In two seasons of excavations, archaeologists collected 180 virtually complete skulls from the tower and thousands of skull fragments.

Cut marks confirm that they were “defleshed” after death and the decapitation marks are said to be “clean and uniform.” 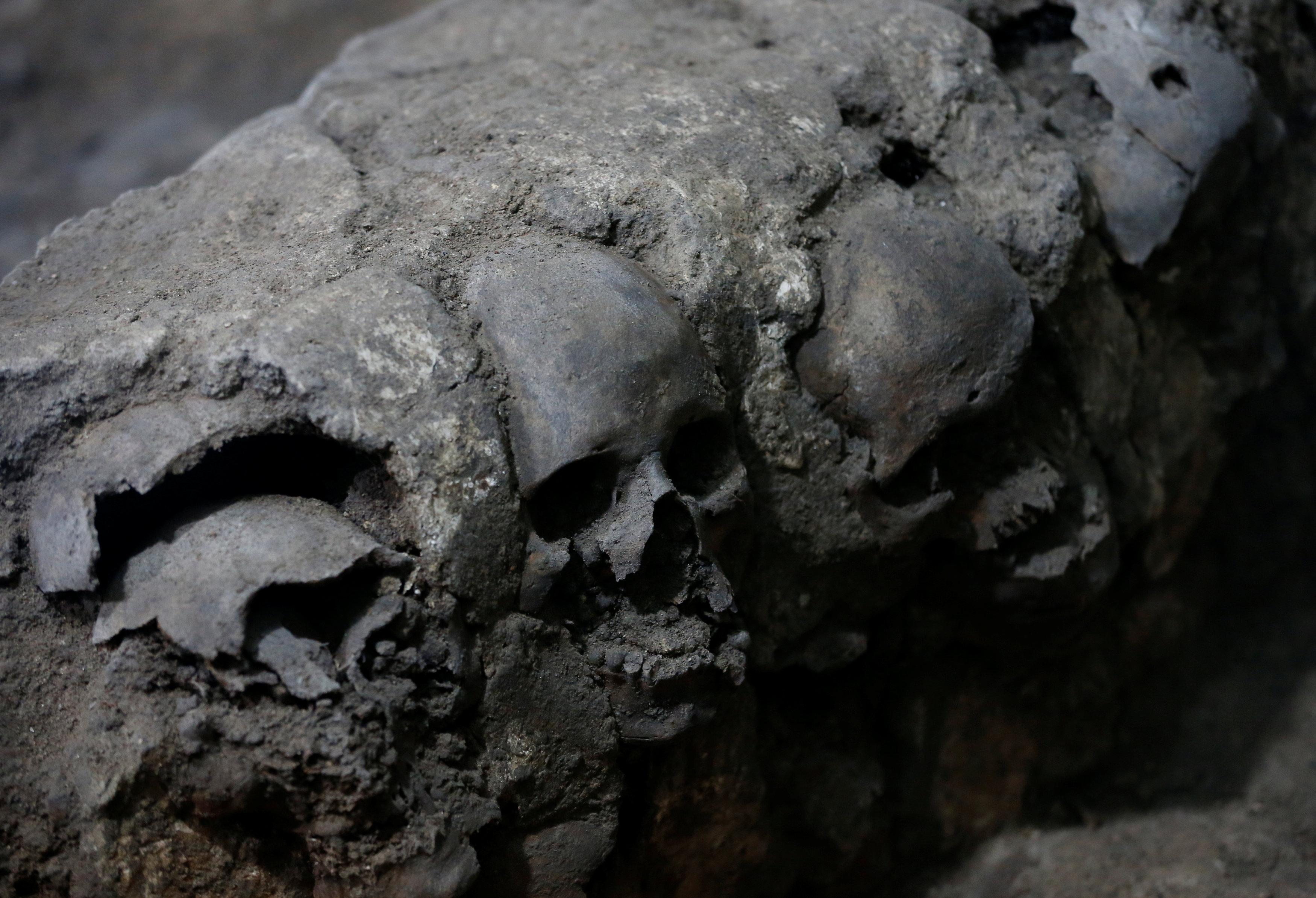 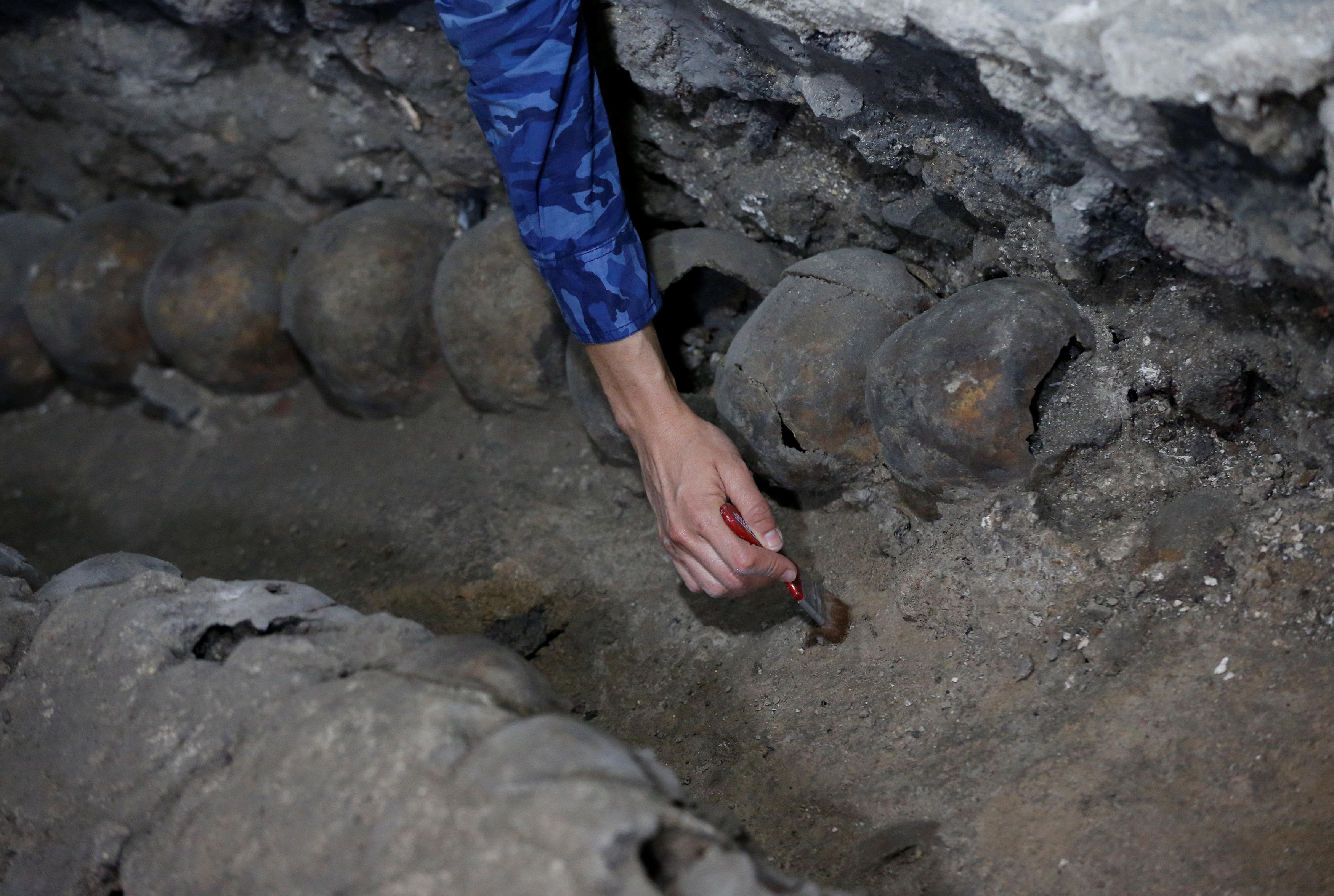 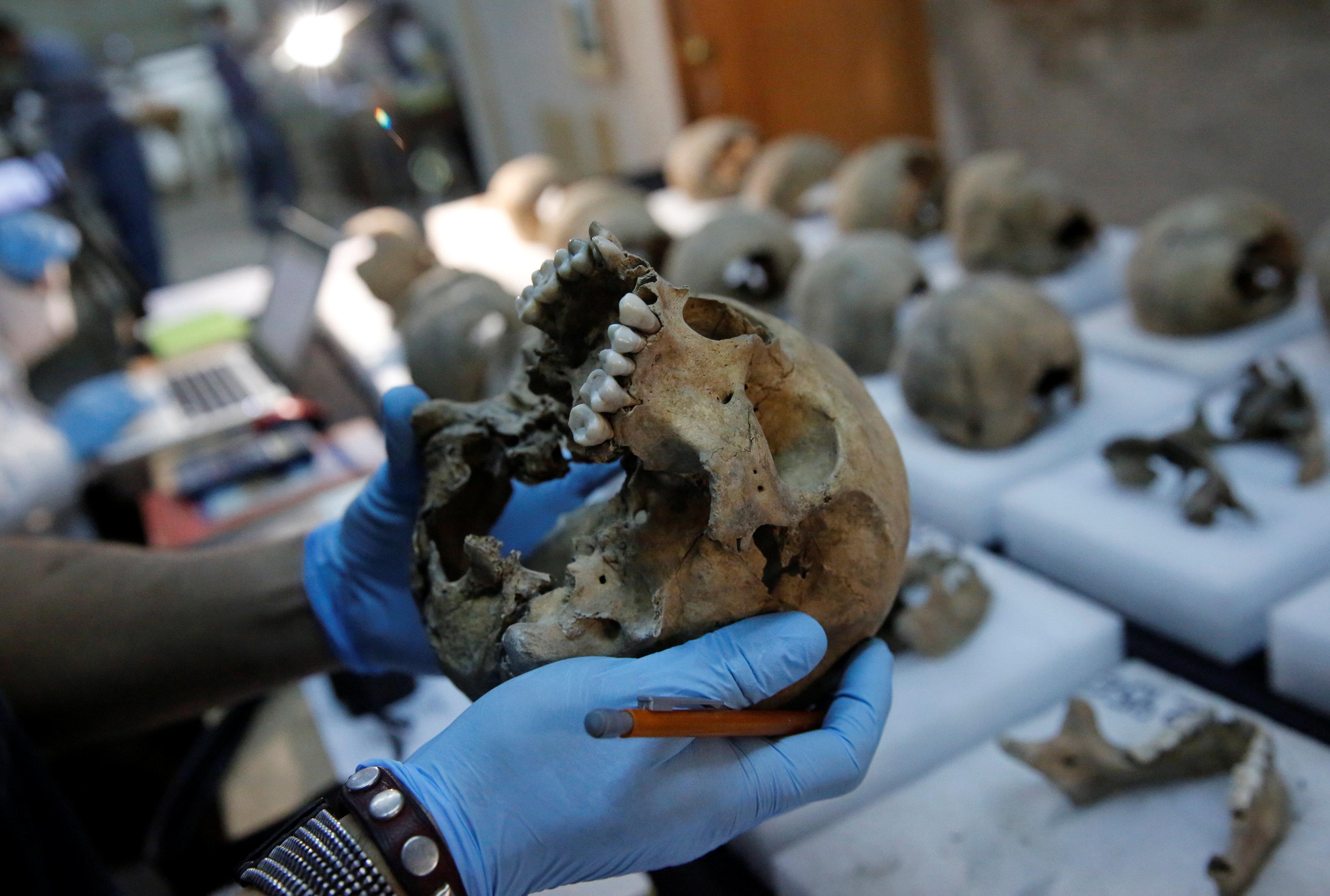 Three-quarters of the skulls analysed belonged to men, mostly aged between 20 and 35. Some 20 per cent belonged to women and the remaining five percent were children.

All the victims are said to have been in “relatively good health” before they were sacrificed at the temple.

By studying isotopes in the teeth and bones, experts have discovered that the victims were born in different places across Mesoamerica.

Many had spent significant time in Tenochtitlan before their horrific deaths. 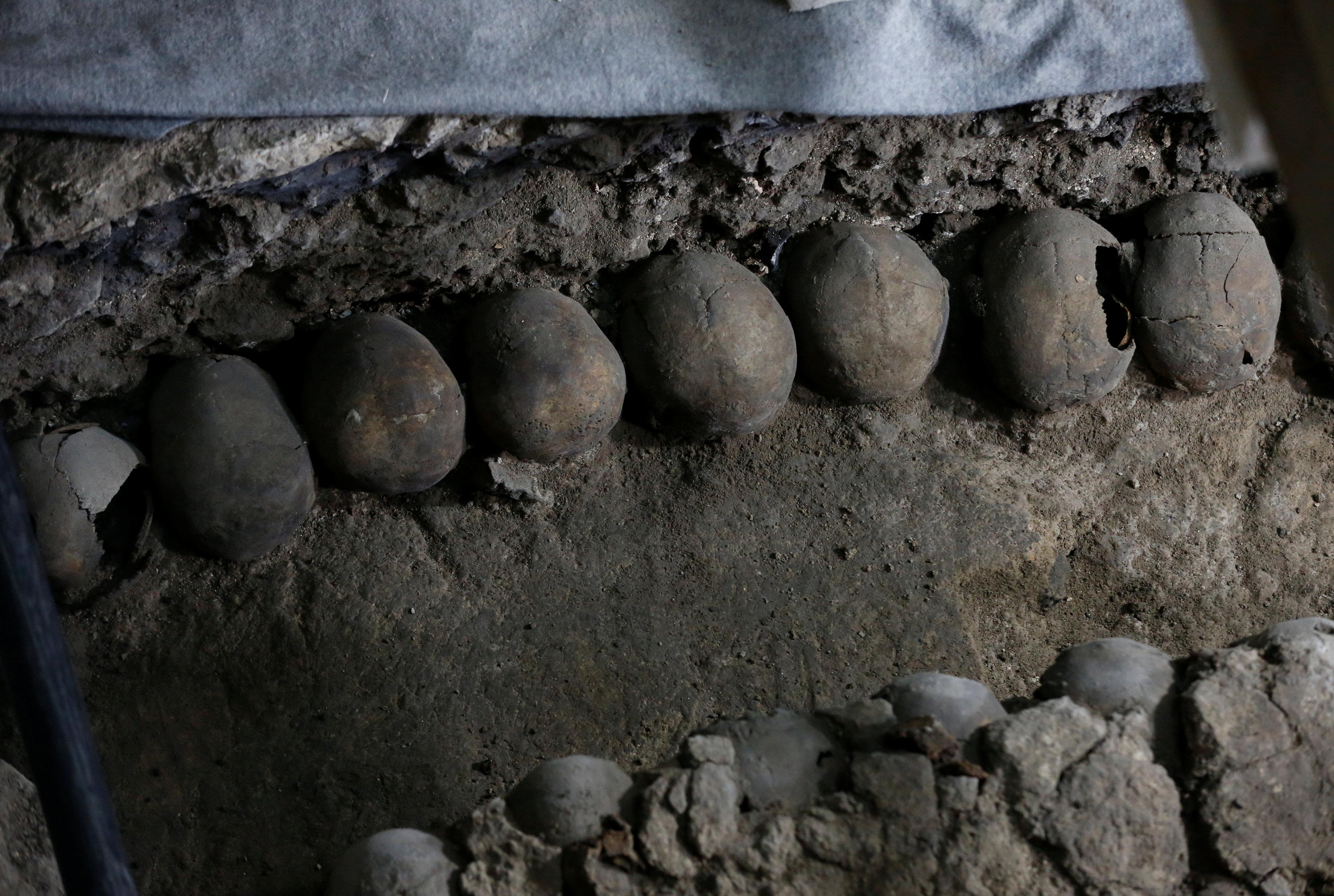 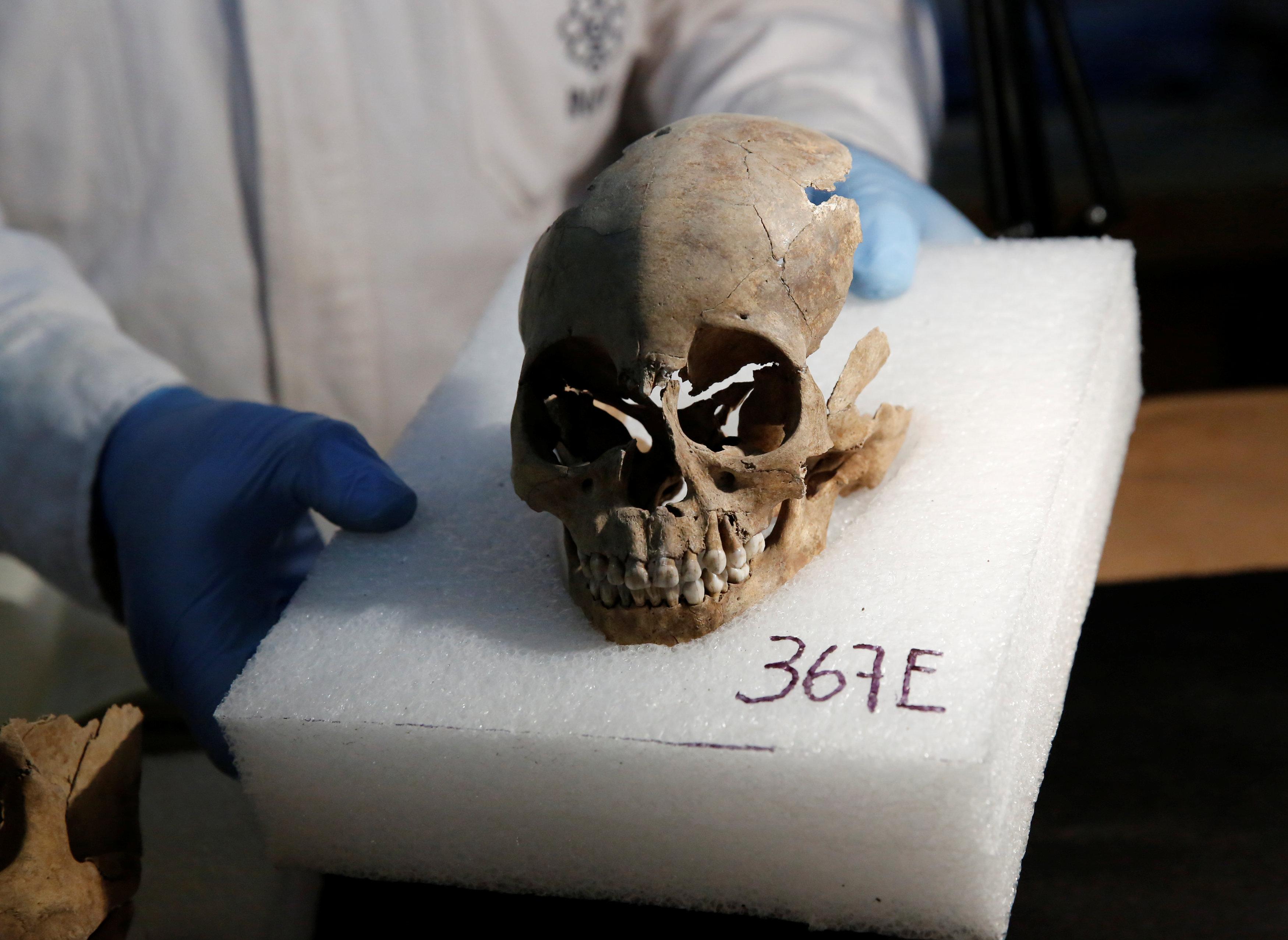 Isotopic and DNA samples have also been taken from the tzompantli skulls, which could provide yet more insight into the practice of human sacrifice.

Tenochtitlan was the capital of the Mexica people, who became rulers of the Aztec empire.

Spanish conquistadors were appalled by the skull rack when they entered Tenochtitlan in 1519.

Two years later, they destroyed the city and paved over its ruins, leaving the Aztec sacrificial remains below the streets of what later became the Mexican capital.

John Verano, a professor of anthropology at Tulane University and an expert on ancient Central American cultures, said the Templo Mayor is of immense importance to archaeologists.

“For a long time, many historians and anthropologists questioned whether the descriptions by Spanish eyewitnesses exaggerated the number of skulls on the skull rack, as well as the number of victims sacrificed by the Aztecs,” he told Fox news.

“This discovery now makes these early accounts much more believable.”