Up to six million women are putting their health at risk by failing to check their breasts for signs of cancer, research suggests.

Experts recommend women carry out self-checks every month to feel for lumps or changes that could be a sign of the disease.

Yet one in four women admitted they had either never carried out their own examinations or could not remember the last time they had, a survey found. 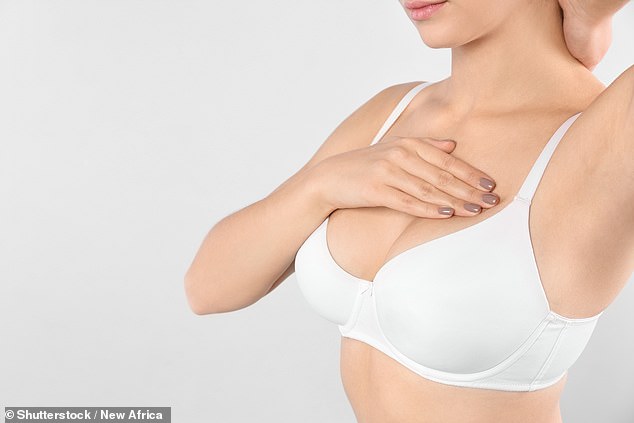 Almost four in ten said they would delay going to see a doctor for medical help if faced with a symptom because of embarrassment or difficulties getting an appointment, according to the survey by private health firms BUPA and HCA Healthcare.

Eluned Hughes, of Breast Cancer Now, said: ‘It’s extremely concerning that millions of women in the UK aren’t checking their breasts regularly, and that many others would delay visiting their GP if they spotted something unusual. The earlier breast cancer is detected, the more likely treatment is to be successful.

‘It’s vital that all women are supported to know the signs and symptoms to look out for – like a lump, changes to the nipple, or dimpled skin – and to visit their doctor straight away if they’re concerned about any changes to their breasts.’

Breast cancer is the most common cancer in women in the UK, with more than 55,000 diagnoses every year. Latest figures show 90 per cent of women diagnosed can now expect to survive for a year unless they are diagnosed at stage 4, when the survival rate drops considerably to 66 per cent.

Embarrassment or fears over wasting the doctor’s time discouraged one in three women from seeking help for breast concerns – rising to more than half of 18-34 year olds. These concerns may be fuelled by lack of confidence in identifying the symptoms of breast cancer, researchers said. 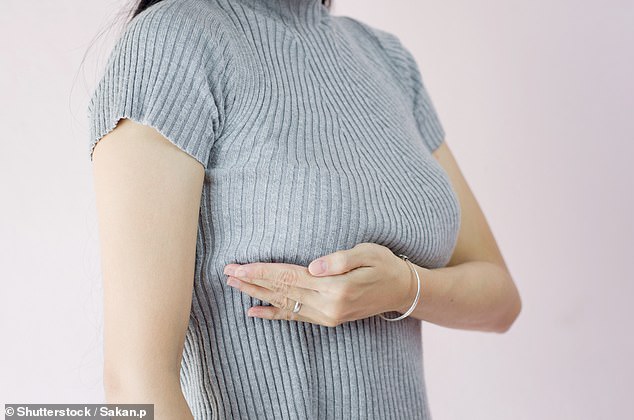 Julia Ross, of Bupa UK, said: ‘As well as looking and feeling for lumps in the breast or armpit, changes in size or shape or changes to the nipple such as discharge, a good rule of thumb is to look out for any change that’s unexplained or persistent – and if you’re worried to seek medical advice.’ In the study, only 17 per cent of women could correctly identify eight symptoms of breast cancer and 12 per cent couldn’t identify any.

Less than half of women identified that a change in skin colour or a rash could be symptomatic of breast cancer.

Women also reported difficulties accessing medical help, with one in seven blaming difficulties in getting a GP appointment, rising to one in five among 18-34 year olds.

Dr Fran Woodard, of Macmillan Cancer Support, said: ‘Early diagnosis is crucial to ensuring that you can not only survive cancer, but live as full a life as possible. It’s worrying to see such large numbers of women would delay having symptoms checked and if anybody is worried, they should consult their doctor as soon as possible.’