A SINISTER robot is patrolling streets filming "undesirable behaviours" and sending videos to Singapore police in a new crackdown.

Within seconds, the footage is sent to central command and fed into a video analytics system for processing. 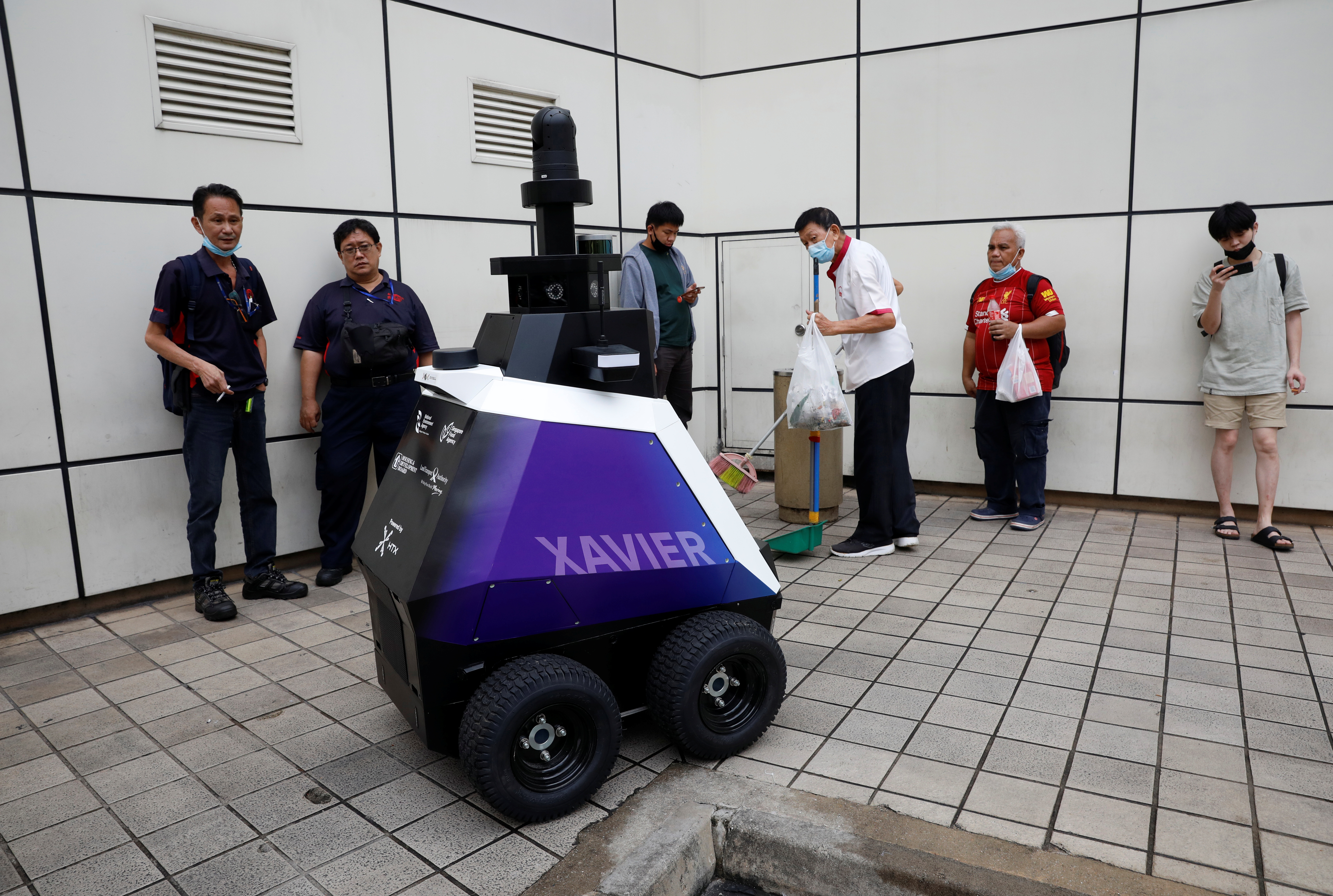 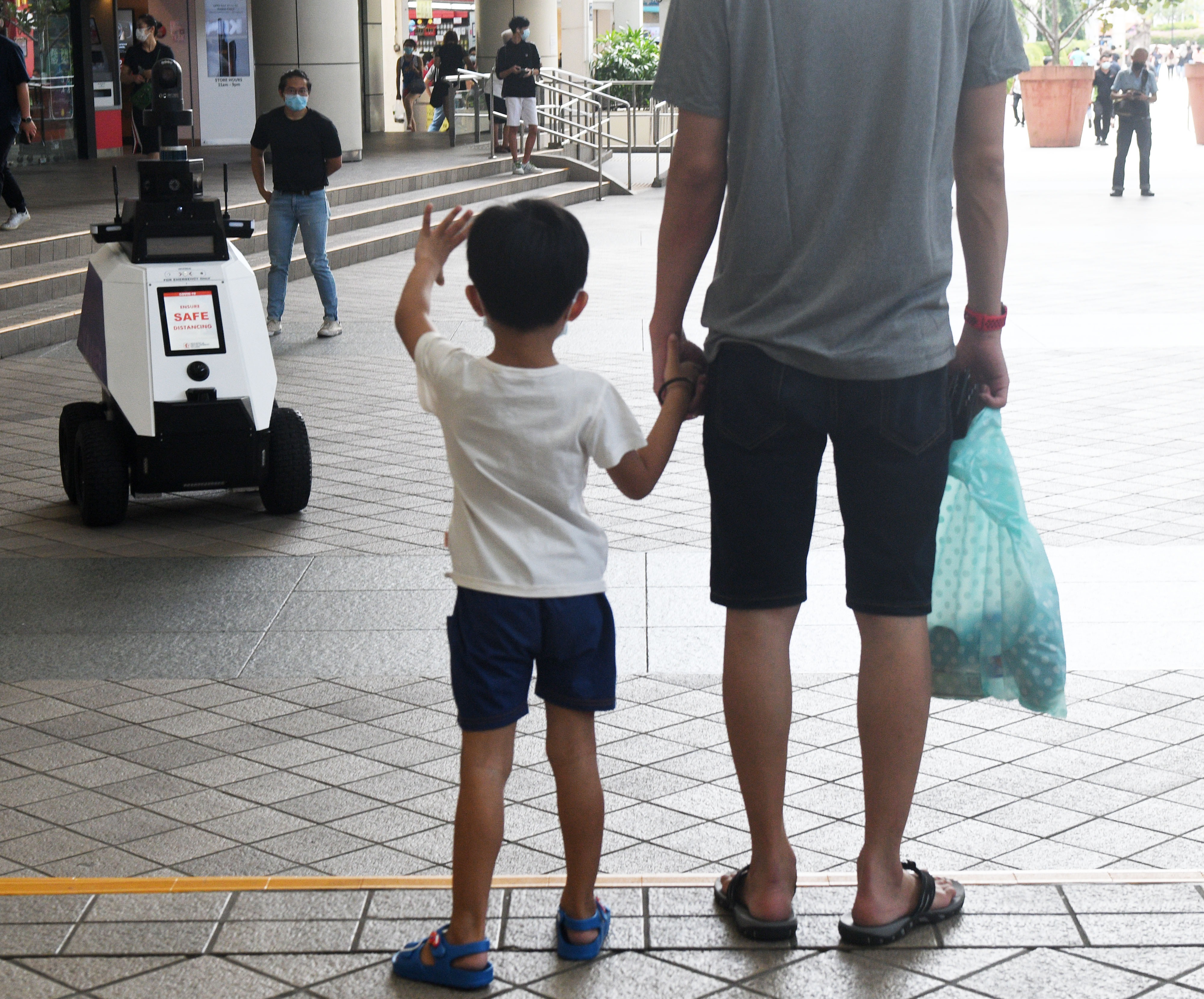 The culprit's actions are logged and the robots blurts out a message warning them to spot.

For example, if someone's caught lighting up in a no-smoking zone, Xavier will crawl up and examine your posture, the outline of the cigarette in your mouth, and other visuals before it sending out a pre-recorded message to "not smoke in prohibited areas such as covered walkways".

The menacing bot is being rolled on the streets Toa Payoh Central and will be used to chase down people ignoring no-smoking zones, illegal hawkers, motorcycle or e-scooter riders on footpaths and gatherings that exceed the current limit on group sizes.

Xavier is the latest machine being used by Singapore cops to monitor streets since the outbreak of Covid-19.

They also used a robot known as O-R3 to enforce social distancing rules during the nation's circuit breaker lockdown last year and Spot, a four-legged robot that resembled a dog, at Bishan-Ang Mo Kio Park.

Spot was used to broadcast messages urging people to observe social distancing measures and had cameras that allowed it to estimate the number of visitors in the park at one time.

Xavier has a 360-degree field of vision, better suspension, facial recognition software, can see in the dark, and will be able to alert cops in real time.

This is the first time an anonymous robot is being tested in a busy public area and is said to involve five public agencies.

Cops say Xavier will be used for "education and deterrence" rather than enforcement.

Cheng Wee Kiang from the Home Team Science and Technology Agency, which is one of five agencies involved in the project, said: "We gave this robot a new lease of life and expanded its capabilities.

"After we analyse the results, we will make the necessary arrangements to destroy the data."

Xavier is fitted with sensors so it can avoid objects and is programmed to follow a pre-configured patrol route. 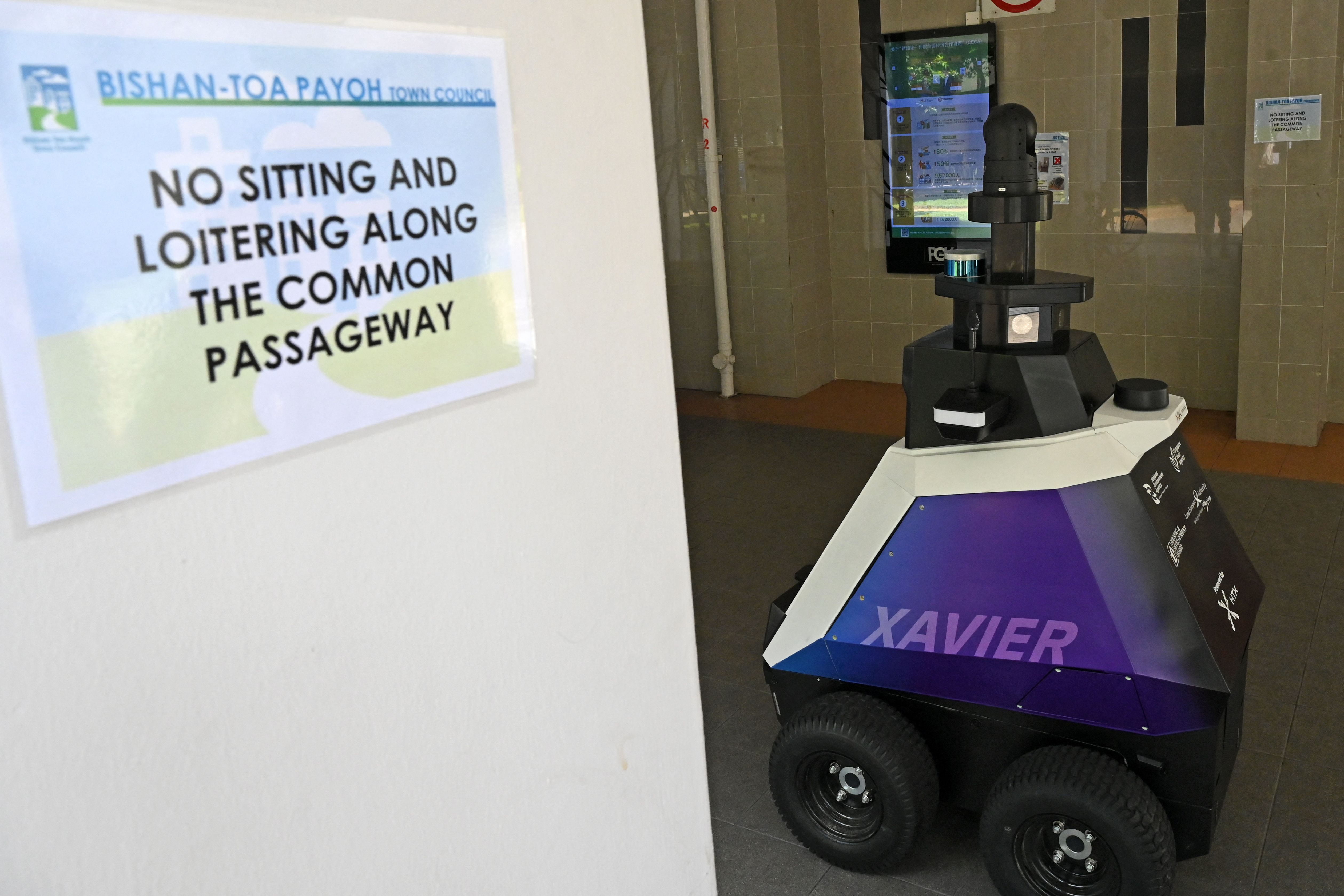