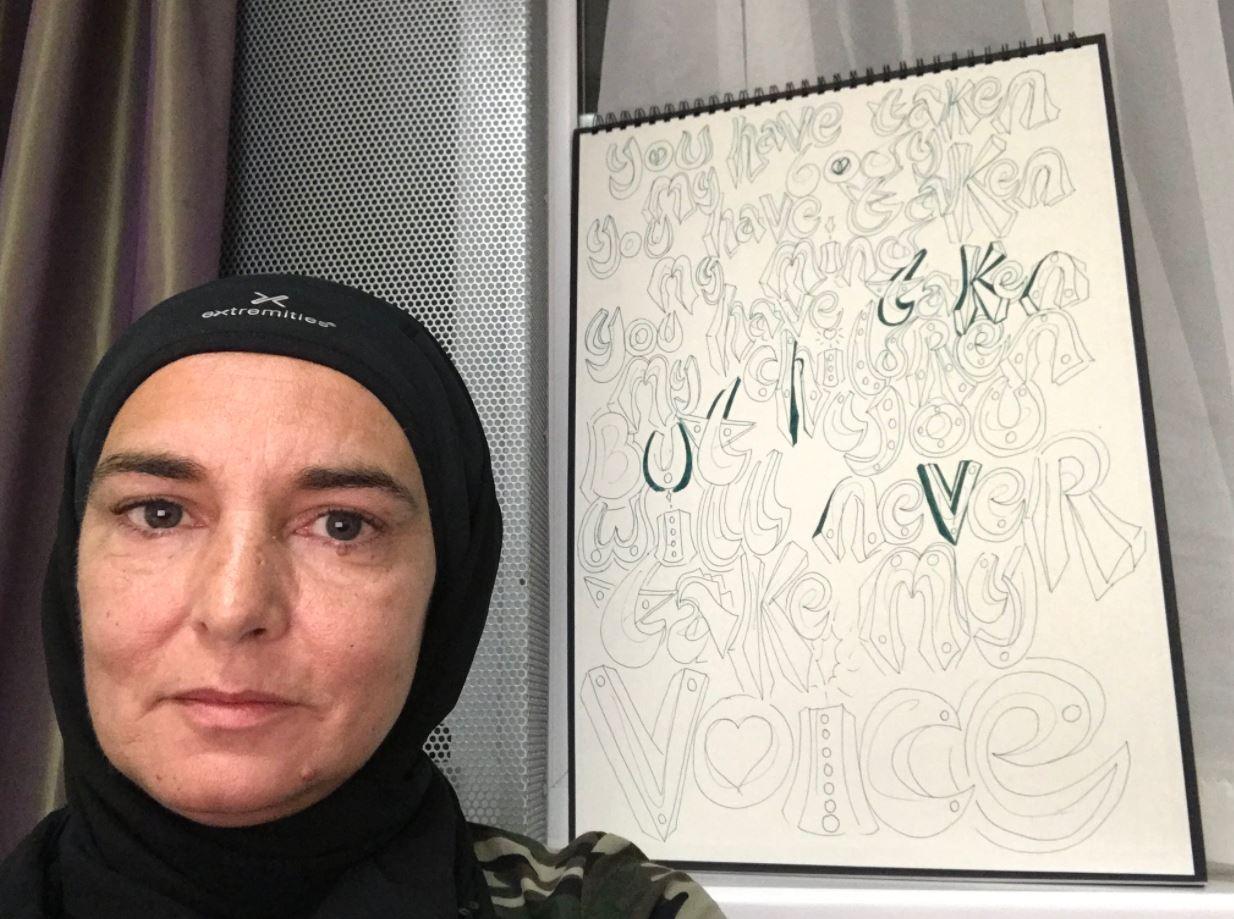 She slammed "white people" or "non-Muslims" as being disgusting, before adding: "interesting to see if Twitter bans this".

Ms O'Connor has battled with mental health over the years.

She was met with a furious backlash from both Muslims and non-Muslims. 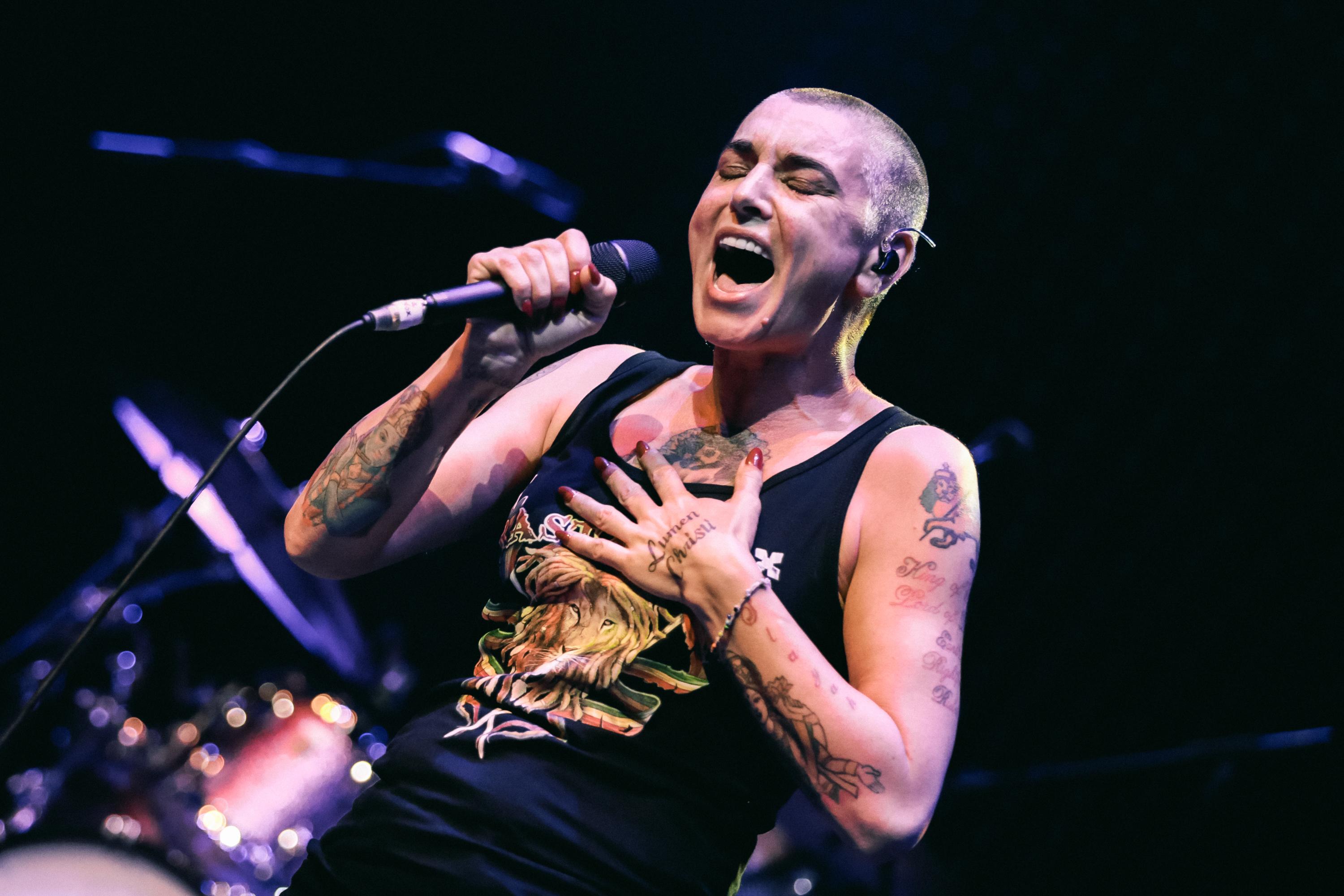 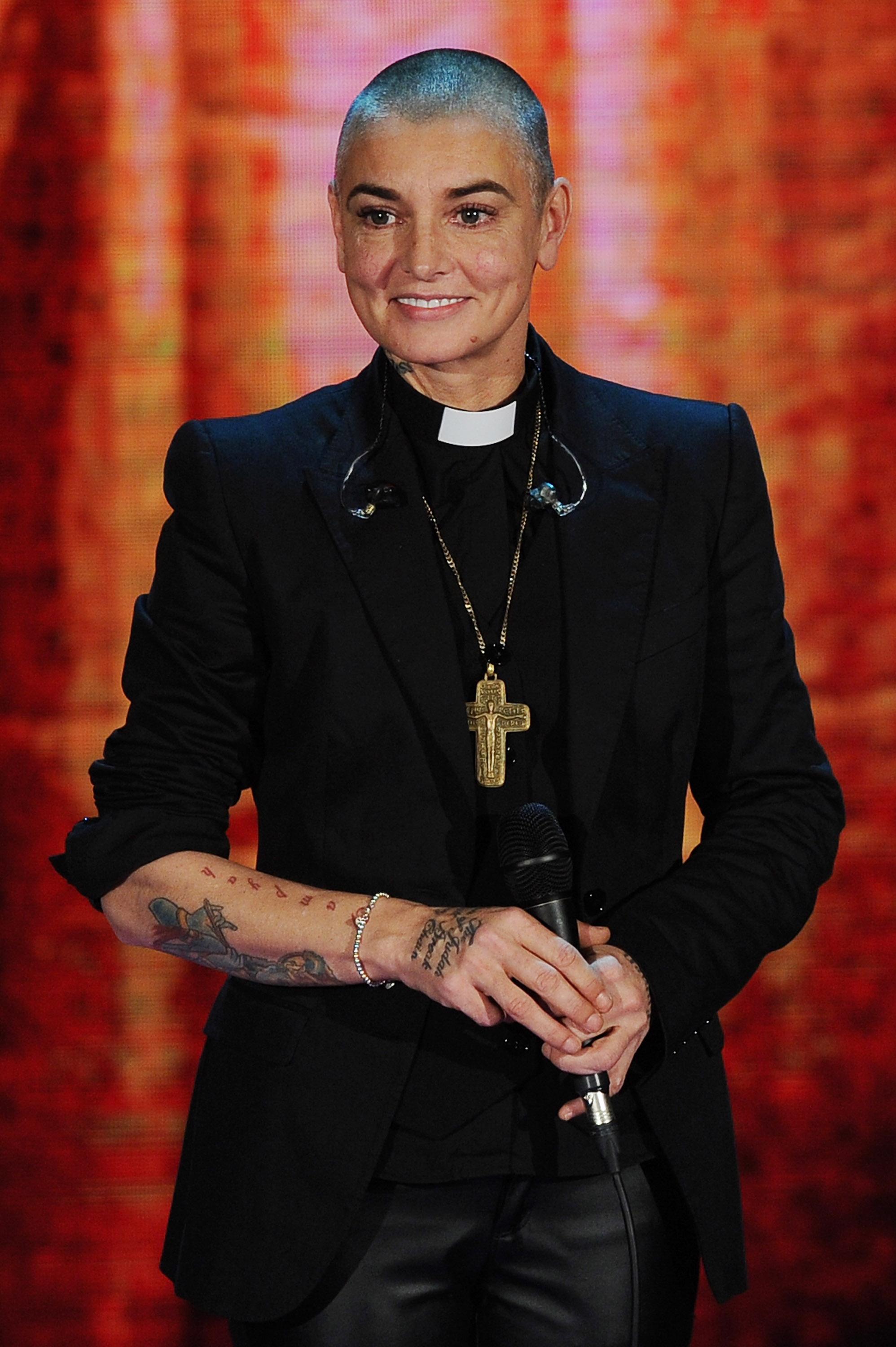 One Twitter user told O'Connor: "You're disgusting too then, because you're also white."

Others branded her a "hypocrite" and a "racist", with another advising Sinead not to "stereotype" and that people "are different regardless of colour".

Muslims on Twitter said she was misinterpreting the religion and one used the hashtag #notintheirname.

O'Connor announced she had converted to Islam late last month, posting images of herself wearing a hijab and a video of her reciting the call to prayer. 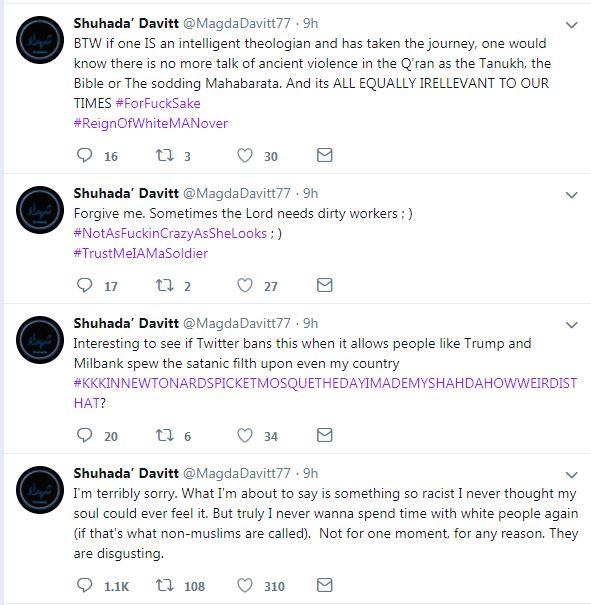 Today her tweet read: "I'm terribly sorry. What I'm about to say is something so racist I never thought my soul could ever feel it."

"But truly I never wanna spend time with white people again (if that's what non-muslims are called). Not for one moment, for any reason. They are disgusting."

Responding to the comment, one Muslim Twitter user posted: "Islam doesn't hate or dislike people on basis of their colour.

"You must change this thinking Shuhada'. Allah is merciful and Prophet Muhammad (saaw) taught us kindness for all."

Another wrote: "So you convert to Islam and now you don't want to spend time with white people?"

In late October, the mother-of-four who was ordained as a Catholic priest in the 1990s, wrote: "This is to announce that I am proud to have become a Muslim."

She added: "This is the natural conclusion of any intelligent theologian's journey. All scripture study leads to Islam. Which makes all other scriptures redundant. I will be given (another) new name. It will be Shuhada."

O'Connor also changed her twitter profile image to a Nike tick with the caption "wear a hijab. Just do it."

The singer said she was given her first hijab by her friend Elaine and "got chills all over" her body when she put it on.