THIS is the horrifying moment a man shot a woman in the head after pointing a weapon at her face and reportedly asking if she "was scared" in a prank gone wrong.

The shocking clip – caught by a surveillance camera in Moscow – shows Denis Yegorov aiming the gun at a woman before pulling the trigger, leaving a hole in her forehead. 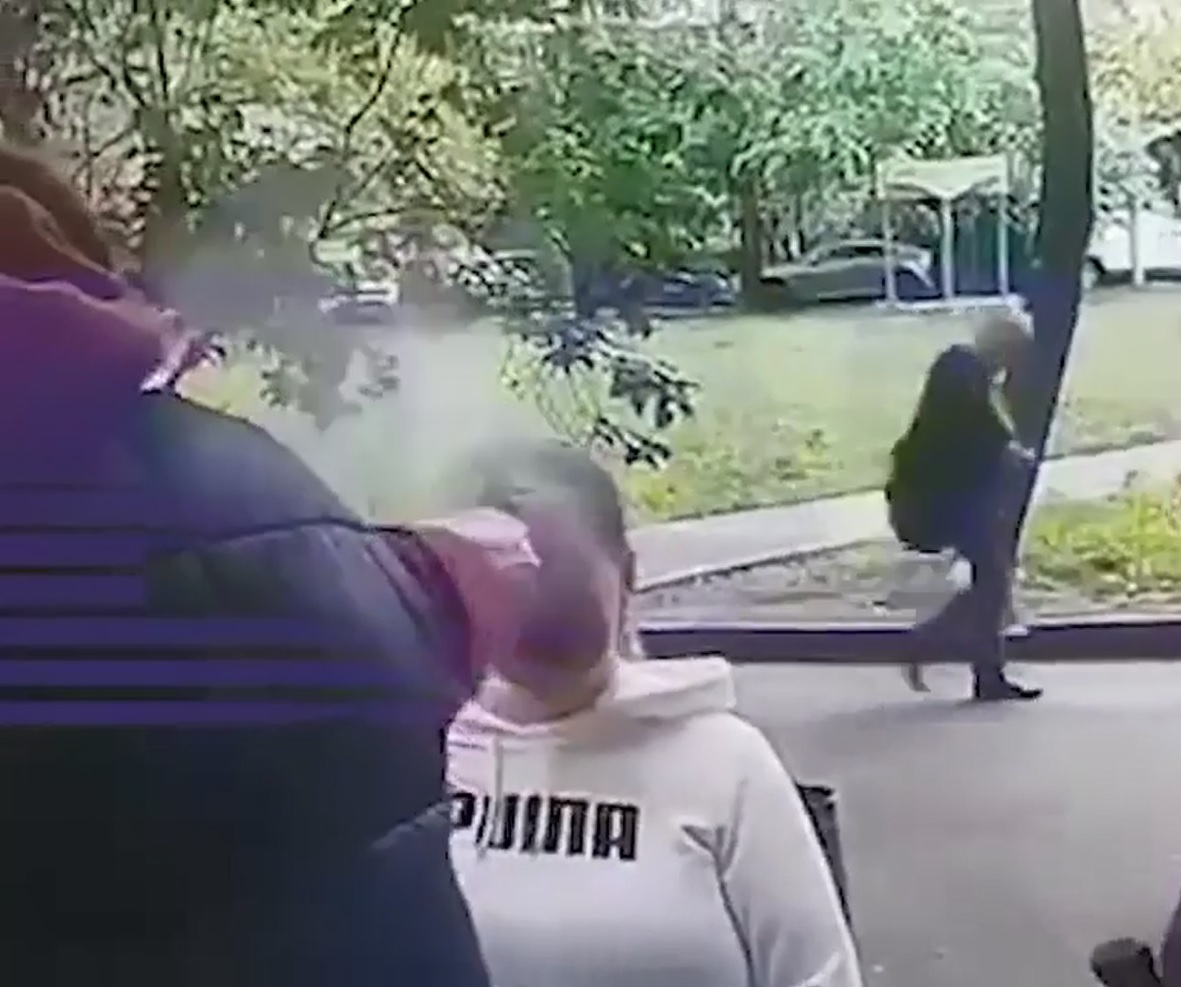 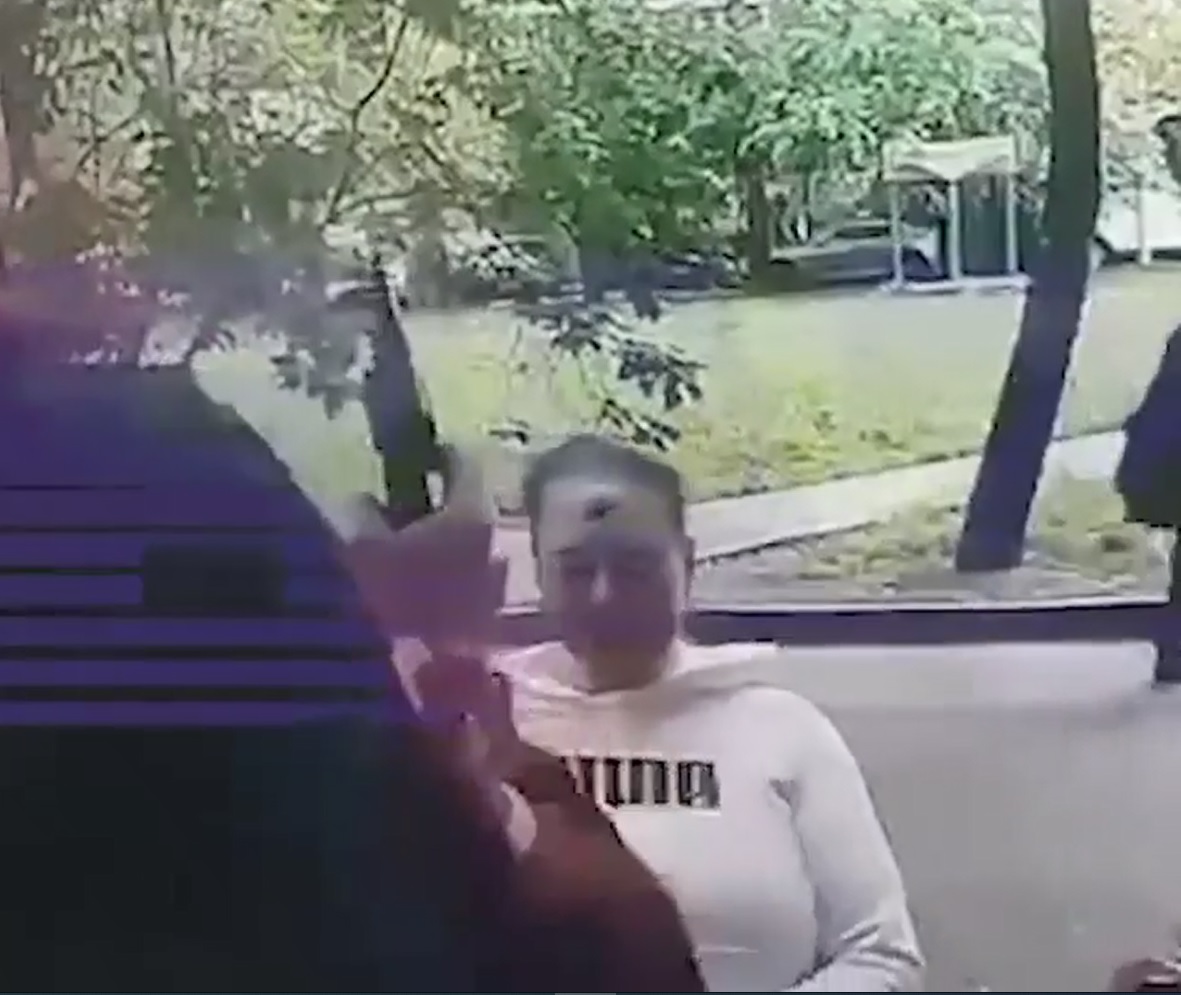 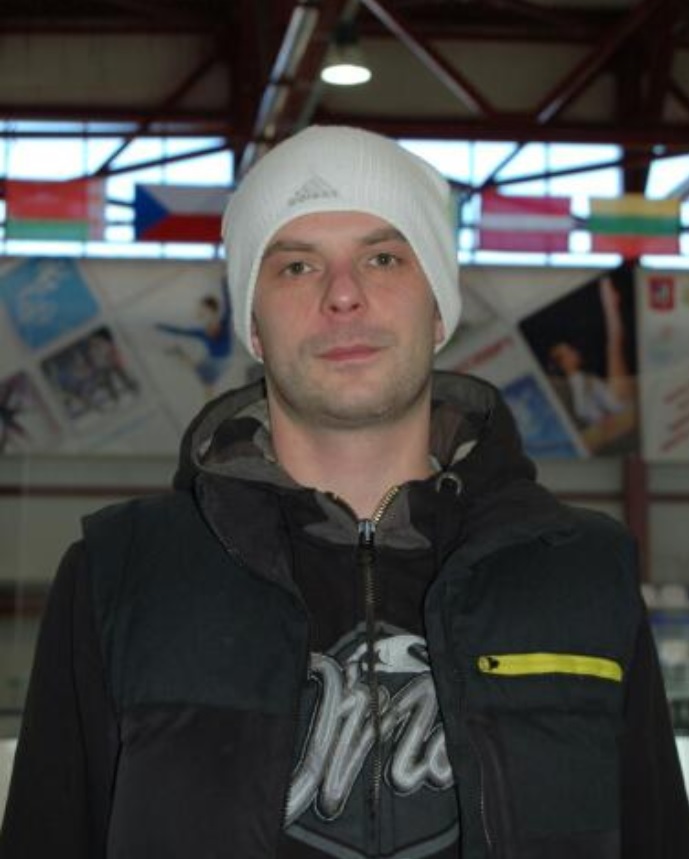 Yegorov, dressed in a red jacket, can be seen pointing a pistol at a blonde woman, who then pushes his hand aside with an unapproving expression on her face.

Another woman, wearing a white hoodie, can be seen smiling at the man’s actions – which seems to indicate the whole thing is not a real threat.

She continues to grin as he points the barrel of the gun at her – but suddenly he fires, leaving her with a hole in her forehead.

The footage then shows the shocked woman touching her face and looking at her hands covered with blood.

The blonde looks at the victim’s wound then shifts her frightened gaze at the shooter, before reportedly calling an ambulance.

The victim was rushed to hospital and admitted to the department of neurosurgery, according to reports.

Doctors said her frontal bone remained intact but the tissue was badly damaged and that restorative therapy will take a long time.

The woman is under constant medical monitoring and her life is not in danger at the moment, medics said. 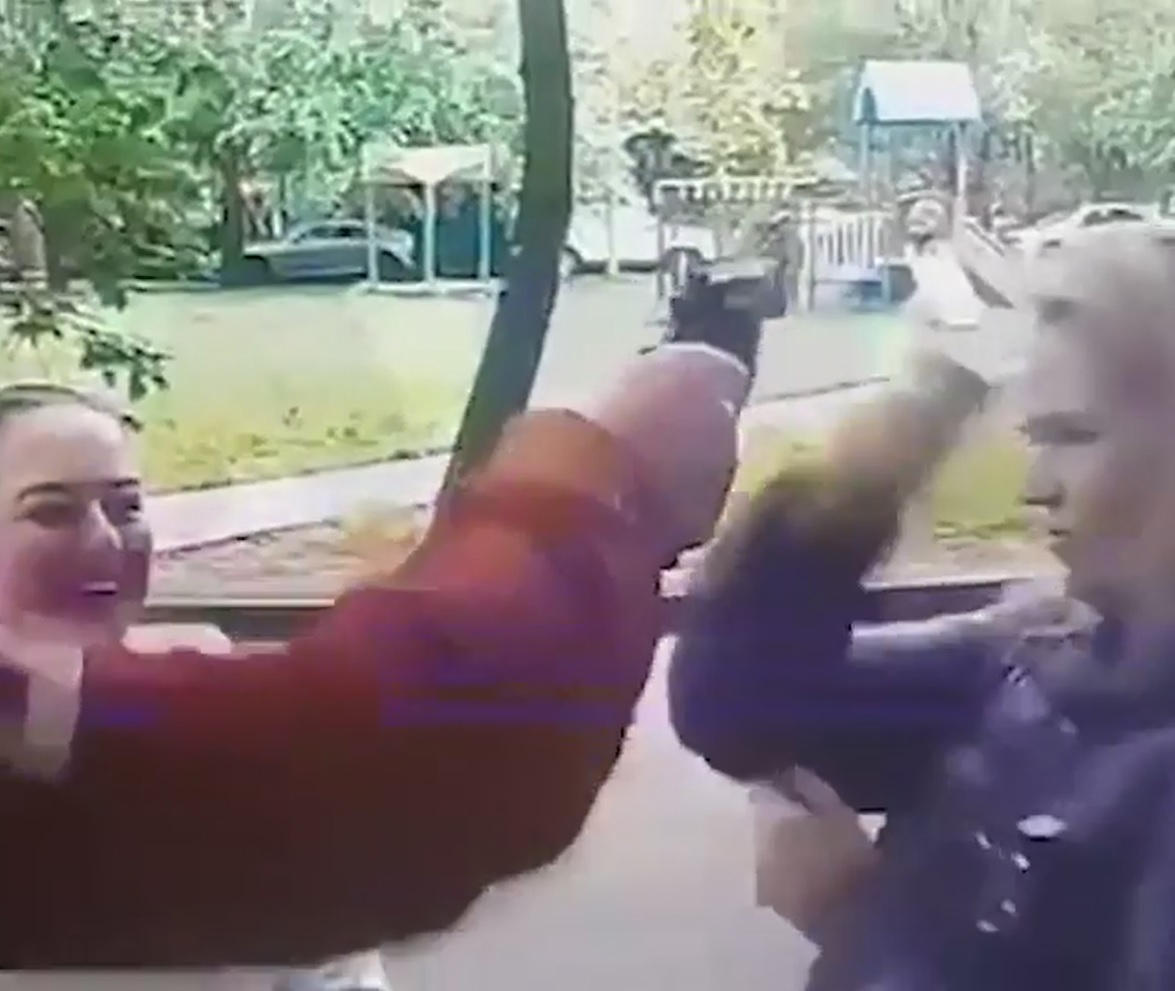 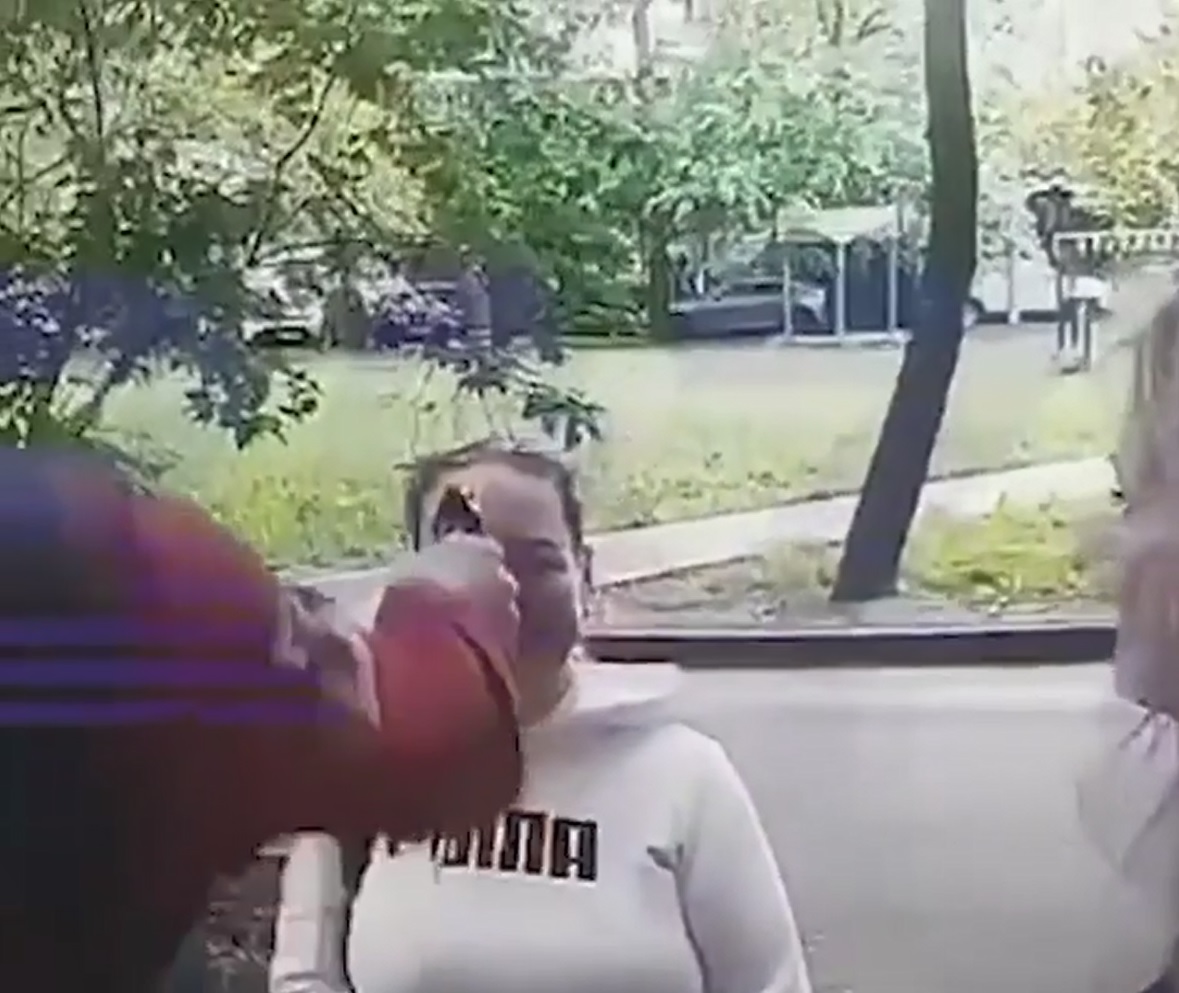 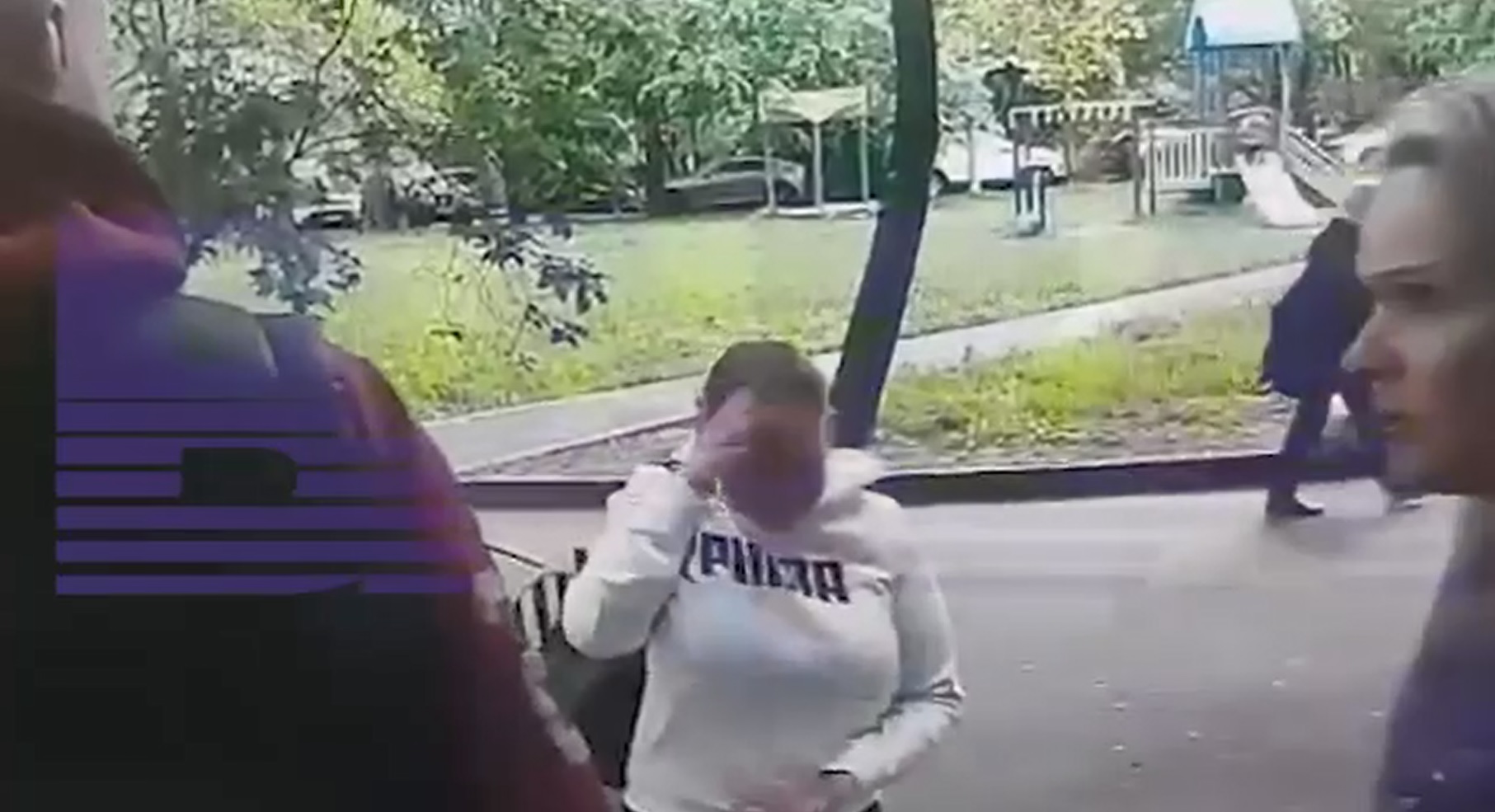 Police have launched a criminal case for hooliganism against the 42-year-old shooter following the incident on Friday.

Yegorov, who works as a figure skating coach at a local children’s sports school, faces up to seven years in jail if convicted.

According to the blonde woman, she and the victim came to Yegorov to arrange a personal lesson.

She told local media: “We were chatting and joking when he pointed the gun at her [at the victim], asked if she was scared and shot.”

It is not clear so far which gun the suspect used but some news sources claim it was a starting pistol.

Examinations to determine the exact type of the weapon are underway, according to the police.

Local media quoted Yegorov's clients as saying that he was a “polite, responsible and punctual person”.

However, colleagues say that he often behaves aggressively towards them.

Yegorov was a member of the Russian junior national figure skating team.

He took part in the World Junior Championship in 1999.

According to sources, he was previously convicted of drunk driving.