THIS is the shocking moment a knife brawl breaks out in front of terrified Tesco shoppers.

The two men were seen fighting with a knife in the supermarket car park in broad daylight yesterday morning in East London. 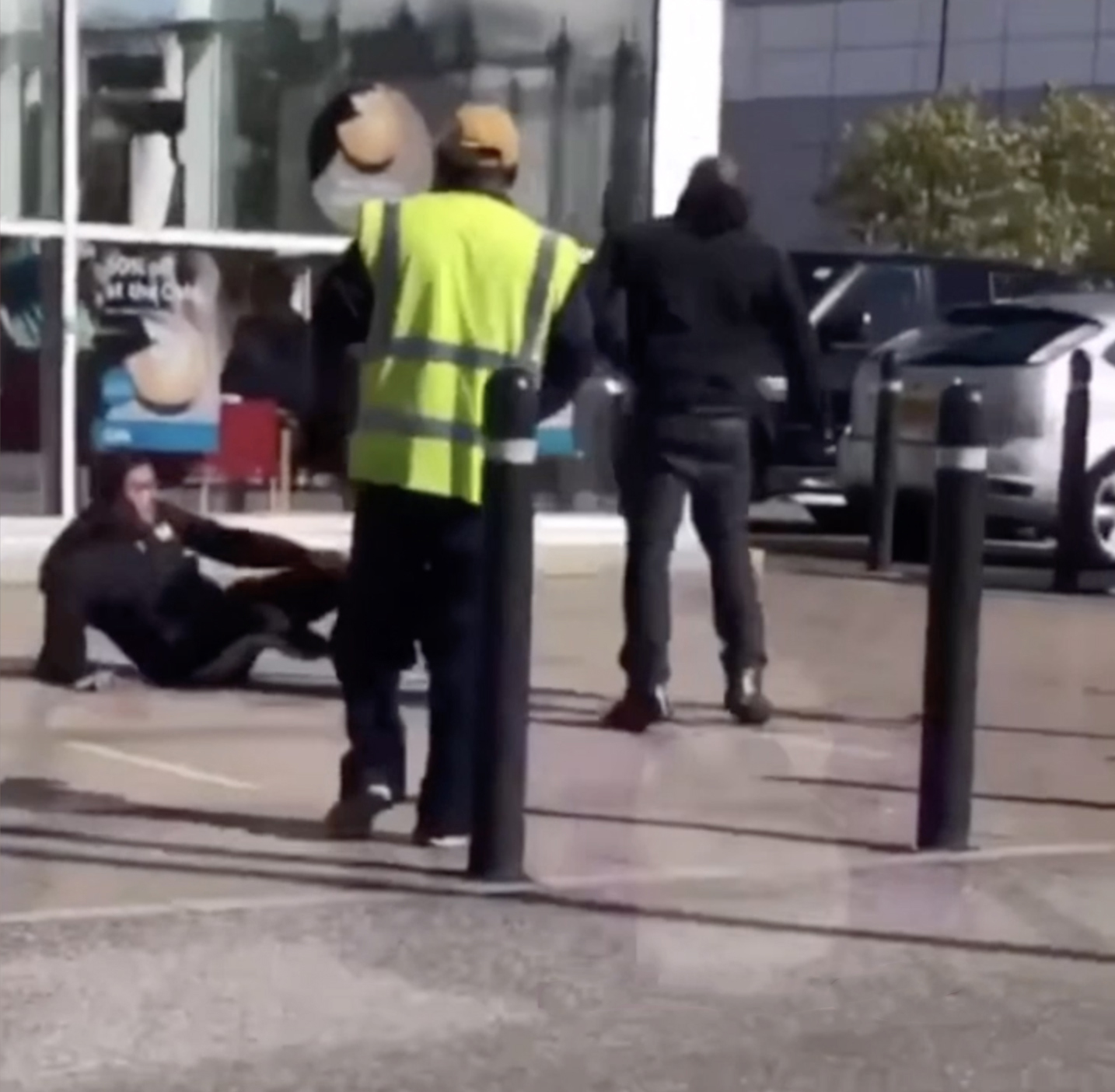 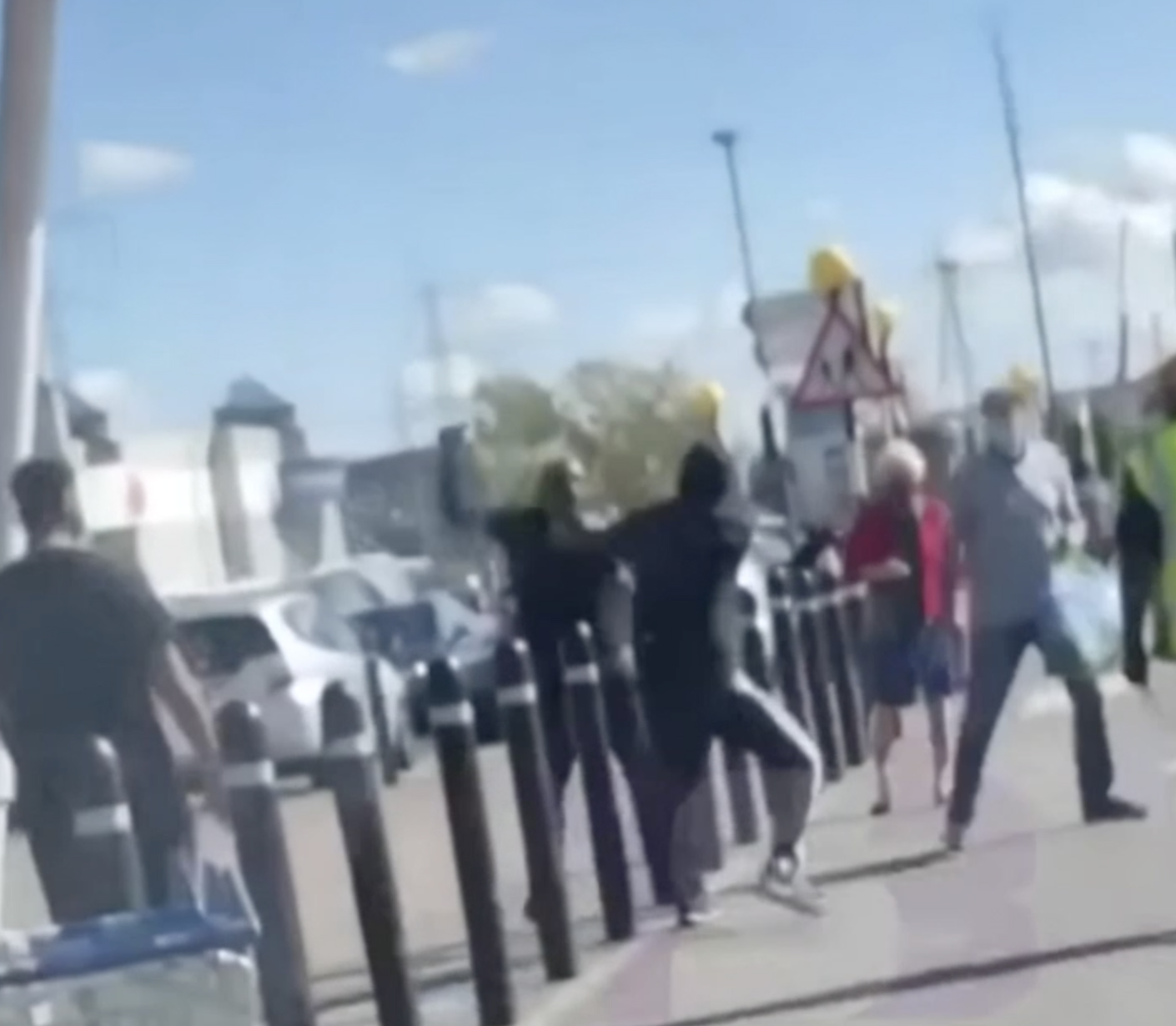 The horrifying footage was filmed outside the Tesco Extra supermarket in Beckton.

One man repeatedly swings the knife at the other who manages to dodge the blade’s blows.

An elderly woman can be heard screaming as they continue to throw punches at each other.

One of the men then swings the knife once more.

However, his opponent kicks him before falling on to the ground.

The knife-wielding man finally runs away from the scene as the video cuts to an end.

Metropolitan Police were called to the scene, but the two men had already left when they got there.

Cops said one man was later found with a minor head injury but refused to talk to police so no further action was taken.

It is unknown why the fight erupted between the pair as the video has been widely shared online.

One user wrote: “What gets into people’s head that they think it’s acceptable to go to a supermarket carrying a knife.”

Whilst another individual commented “Broad daylight. Outside a supermarket, in front of women and children – ‘The new normal’ Enjoy folks!”

Another person similarly wrote: “That poor old lady. Hearing her scream she shouldn’t have to be scared to go get her shopping.”

"Both had left the scene prior to police arrival.

"One of the men was later traced to First Avenue E13 and was found with a minor head injury.

"He was treated by LAS. He did not wish to speak to police. No further action has been taken." 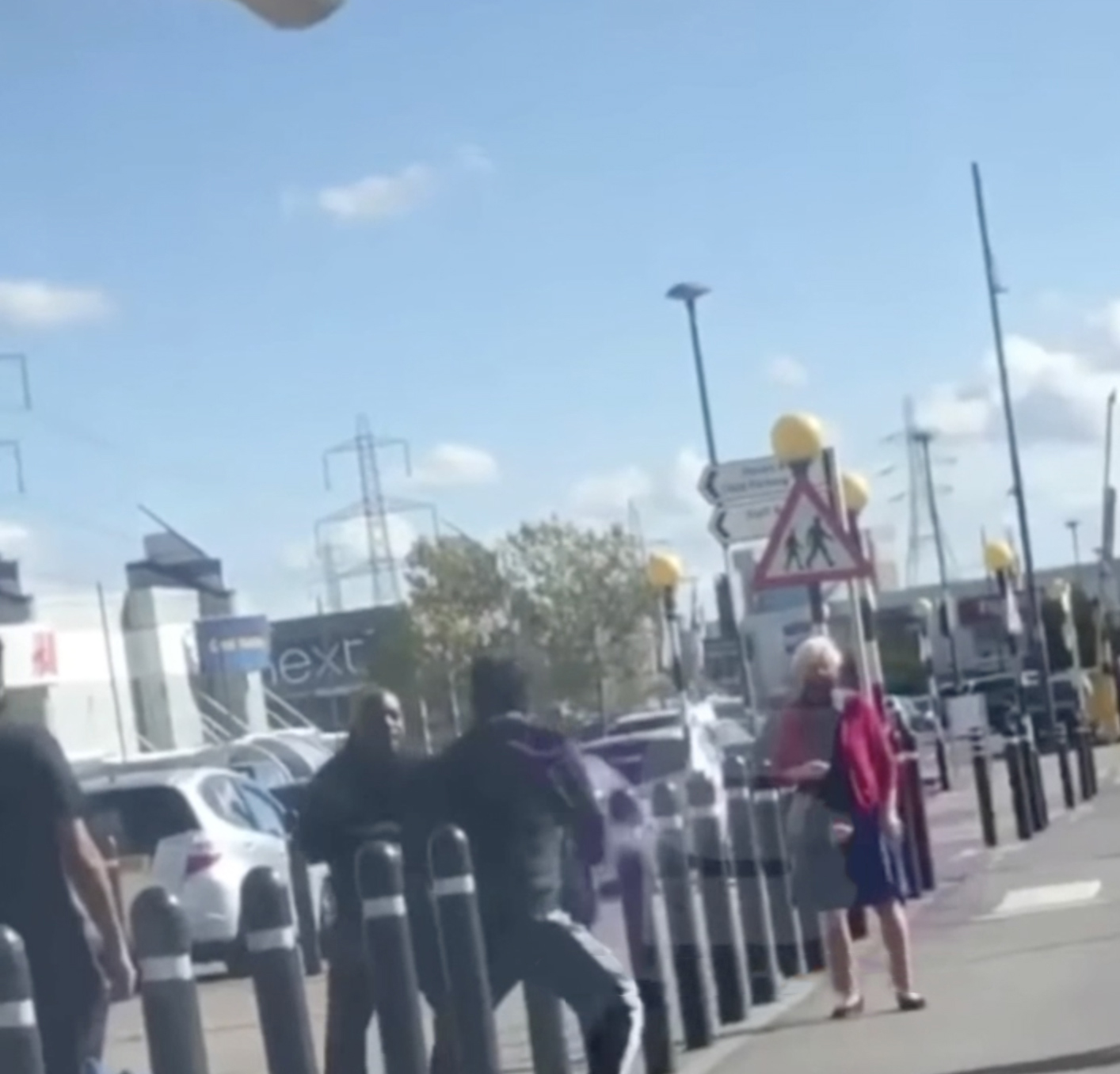