The disturbing crash, which left a 42-year-old father dead, was filmed last Friday in the Al Adaid dune – located 30 minutes drive from Doha. 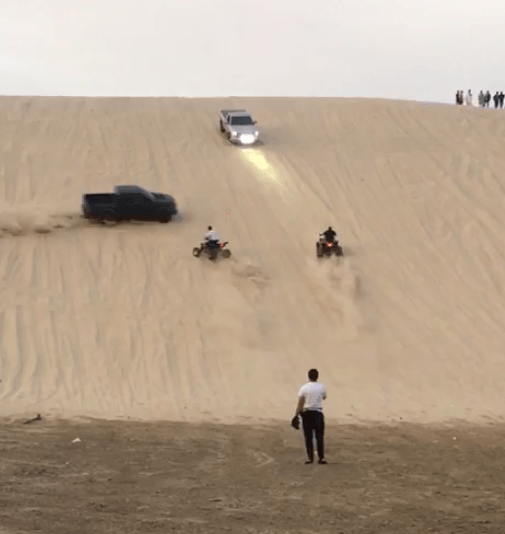 A Qatari government source has told The Sun Online that the driver of the huge off-road vehicle was aged between 12 and 14-years-old.

He was been arrested for not having a license and his father has also been detained for allowing him to drive.

A British spectator, who does not want to be named, described the racing event as "completely unregulated" and “like a war zone”.

He told The Sun Online that deaths are a weekly occurance at the races where police sit back and watch the destruction unfold while rarely intervening. 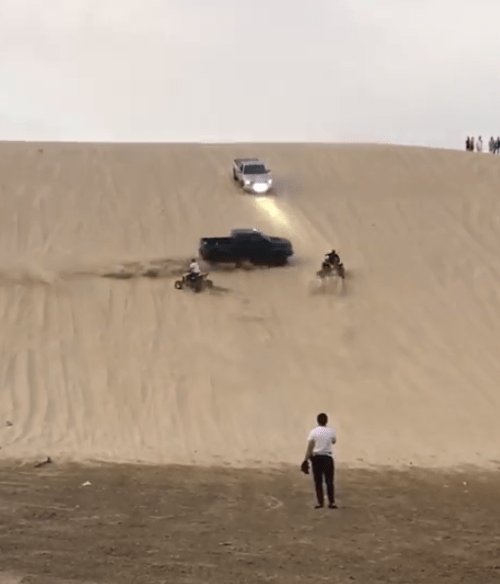 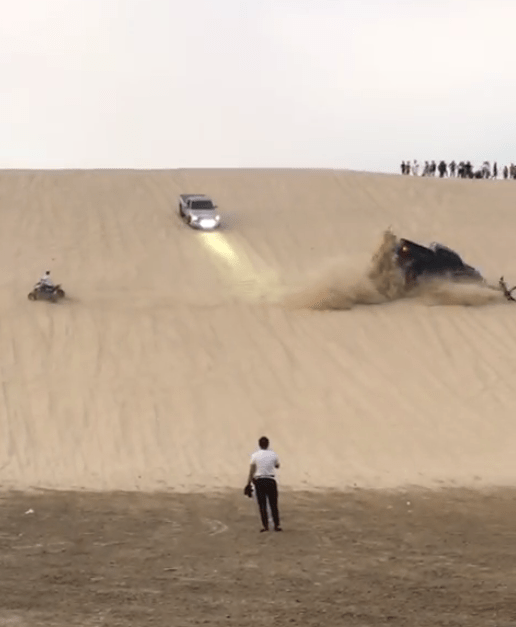 The Brit, who works as a consultant in the oil-rich country, said hundreds of cars and thousands of racing fans gather in sand dunes in the al Wakra region at the weekend during the winter months.

Speaking about the shocking video clip, he explained that the two quad bikers were not following the “unspoken etiquette” of the crazy event.

He said: “Even though all the rules are oral – there is nothing written down – there is method to the madness.

“All the cars gather at the foot of a sand dune which is the start of the runway – they call it the launch pad.

“The two raptor quad bikes in the video were racing across the runway – it was an incredibly stupid thing to do.”

According to the government source, the child who was driving the car is unlikely to be prosecuted for the death because the motorcyclist may have been at fault for the crash. 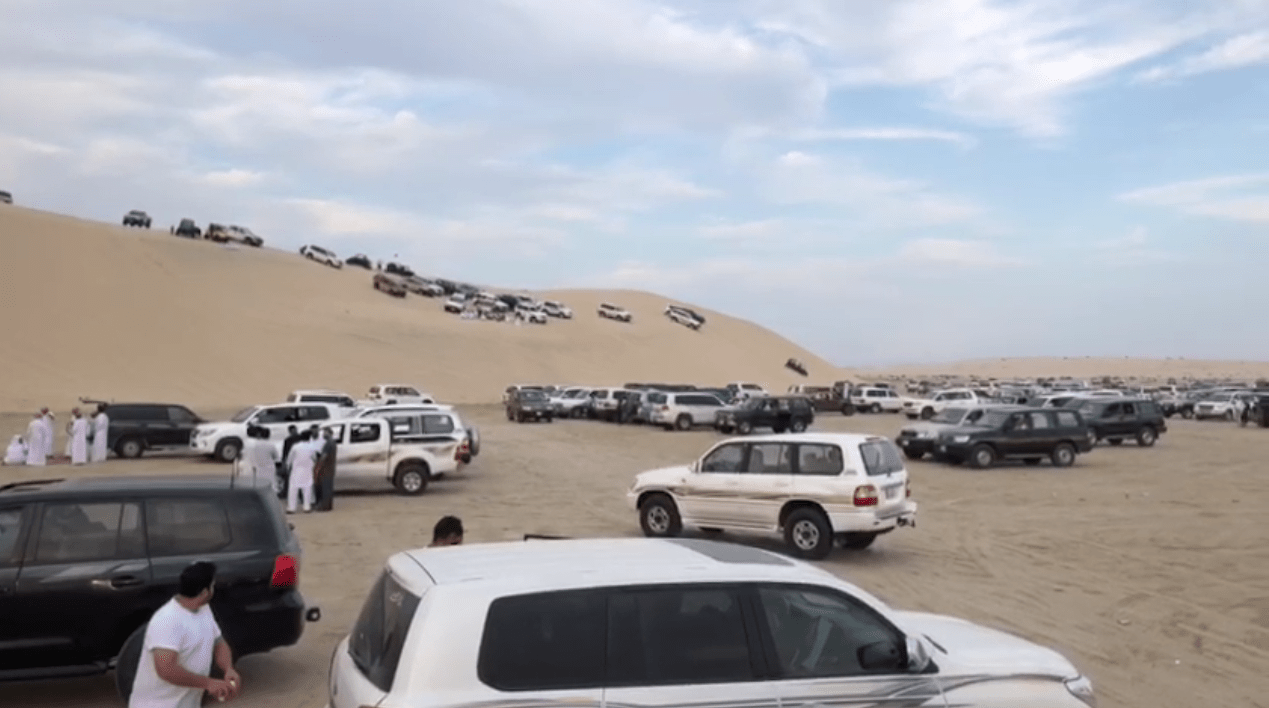 He said: “I have been told there are fatalities every week at these races.

“Deaths and injuries are so common there is a hospital which has been built in the desert."

He says there is a police presence in the desert – with cops riding around in off-road vehicles.

But he adds that they only interfere in the dangerous races if they believe a driver has put a larger car’s engine into their small vehicle.

“There are hundreds of cars there and every one of them is revving their engines – so it feels like a war zone when you’re there.

“My Qatari friend says you need eyes on the back of your head even as a spectator.

“When you’re there watching, your adrenaline is racing and your heart is pumping.”

He explained why racing is such as big part of Qatari culture, saying: “Qataris are rich – they like to invest in cars and get them souped up.

“There is not a drinking culture like there is in many Western countries – instead young men like to drive fast cars in the desert.

“The guy who drove me to the event is in his 30s but started driving when he was 11-years-old. He has nine cars now.

“The racing starts every Thursday night, which is the start of the weekend in Qatar, and lasts through Friday and Saturday.

“The event does not even have a name – Qataris just know that during the cooler winter months the racing will be going on those days in that region.

“It is so popular that people camp in the desert to take in a full weekend’s worth of action.”

He says that foreign tourists, including Brits, pay around £40 to join organised tour groups to go watch the races from the sidelines.

The desert races appeal to young men while the most popular cars are Nissan Patrols, Toyotas, Land Cruisers and British Range Rovers, says the spectator.