A worker can dislike a colleague, swear at and insult them – even defecate in their boots – and it may not constitute bullying, according to a judgment in Victoria’s County Court.

The finding emerged after a Melbourne docks worker sued his former employer, P&O Ports, over claims he was regularly called a “rat dog”, ostracised and overlooked for promotion due to his “assiduous” reporting of safety breaches. 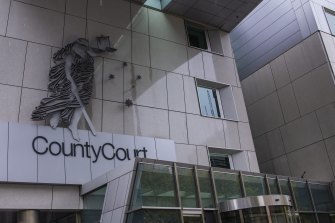 A lawyer for P&O Ports described the docks as a workplace that was “not for the faint-hearted”.Credit:Wayne Taylor

The stevedore, who The Sunday Age has chosen not to name, alleged that abusive graffiti about him was posted in the staff toilets and that he was mocked and menaced by foremen before an unknown colleague defecated in his work boots.

County Court judge Philip Ginnane dismissed the case after a 23-day trial, finding that although some of the stevedore’s colleagues evidently disliked him, their behaviour towards him was not bullying.

“The plaintiff was unpopular with certain co-workers. However, dislike is not unlawful conduct,” the judge wrote.

The man, 50, was hired as a casual stevedore by P&O Ports, now known as DP World, in 2004. His employment was uneventful until around 2007, when staff voted he become the docks’ health and safety representative.

He took to his new role with gusto, making 10 safety reports a day, but his “ardent advocacy” led colleagues to view him as a “dobber” and some described him as a “rat dog”, the judgment noted.

“The plaintiff is a stickler for safety. Some doctors have suggested his concern for work safety borders on the obsessional,” Judge Ginnane found.

The man alleged he was “frequently verbally abused and harassed by foremen and other stevedores for lodging safety reports”, including colleagues saying, “Don’t put my name in a f—ing email – I’ll f—ing kill you, you c—!“, and “I should smash you, you f—ing c—!” He believes his complaints about the behaviour were not addressed due to a “culture of silence” on the heavily unionised docks.

The man told the court the verbal attacks continued until he avoided the tearoom and ate alone next to his locker.

In 2009 graffiti appeared in the men’s toilets showing the plaintiff’s name surrounded by comments such as “rat dog”, and “dobber”, and a tombstone drawn next to his name with “RIP”. 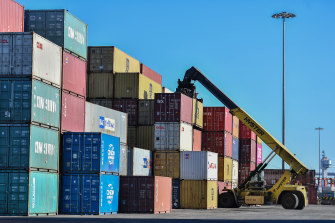 Judge Ginnane found that defecating in the worker’s boots was “offensive and humiliating”, but not bullying.Credit:Joe Armao

“That he nonetheless continued to enjoy his job was one of a number of the peculiar traits he exhibited,” Judge Ginnane found.

The stevedore raised numerous issues with management over the company’s safety compliance in response to his reports, initiated several investigations through WorkSafe and in March 2010 made a bullying complaint.

The most shocking incident came later that year, when the stevedore discovered a colleague had defecated in his gumboots in the work change room.

“The plaintiff testified that in December 2010 he arrived at his locker to change into his boots and found ‘someone had shit in me boots’. The plaintiff said he was disgusted and repulsed, enraged and disheartened,” the judgment found.

Unknown colleagues had attempted to clean the faeces from the boots but some still remained when the plaintiff found them.

Witnesses for the man told the court the incident became the subject of talk in the meal room.

The plaintiff left the company in 2012. He has not worked since due to psychological injury.

A lawyer for the man’s former employer described the docks as “a robust workplace environment which was not for the faint-hearted”, a description Judge Ginnane agreed with.

“Stevedores including the plaintiff swore and used crude language. If not part of the everyday vernacular, it was not exceptional,” he wrote in his judgment.

The judge accepted that the man was not liked by some colleagues and that he was referred to as a “rat” and a “dog” but this did not in itself constitute bullying.

“I accept that in a unionised workplace, the words ‘rat’ or ‘dog’ are pejorative and that they carry an implication, if not an outright accusation, that the person so characterised is a lackey of management or a traitor.”

“[However] I do not regard it as meeting the objective standard of conduct that is intimidating, undermining or threatening. It was not an act of bullying.”

Judge Ginnane said he did not think “the defendant owed the plaintiff a duty of care that extended to ensuring that fellow workers on the docks did not mete out to one another from time to time offensive language in their verbal interactions”.

The judge also accepted that a colleague defecated in the plaintiff’s boots, but he did not find it was part of a pattern of behaviour.

“The plaintiff is a stickler for safety. Some doctors have suggested his concern for work safety borders on the obsessional.”

“It was offensive and humiliating, but I am not satisfied it was conduct that the defendant could reasonably have foreseen or prevented its occurrence. It was not bullying.”

Overall, Judge Ginnane found the plaintiff was prone to overstatement.

“A considerable amount of the plaintiff’s evidence was unreliable and, unfortunately, in some instances, untrue … his descriptions were exaggerated and his language florid.

“The plaintiff exhibited obsessional traits that were evident in listening to and observing him over the course of the trial … he often lacked insight or proportionality to matters that arose in the workplace.

From 2006, the man had made hundreds of secret audio recordings of conversations with fellow workers and management which he said were to ensure safety protocols were followed.

“I prefer a conclusion that he made the recordings hoping to incriminate [colleagues].”

Judge Ginnane dismissed the case and his judgment was published on December 22.

Shine Lawyers special counsel Cameron Tout said: “Our client has been waiting a long time for justice and was understandably disappointed with the judgment.”