Shamima Begum has said she is now coming to terms with the prospect of never being allowed to return to the UK and insists she was “brainwashed” by Islamic State.

She is currently at Syrian refugee camp al Hawl, along with 1,555 other women and children who travelled from abroad to join the extremist group.

Speaking for the first time since the death of her third child, the 19-year-old from east London told The Times that she “really regretted everything” and wants “a second chance to start my life over again”. 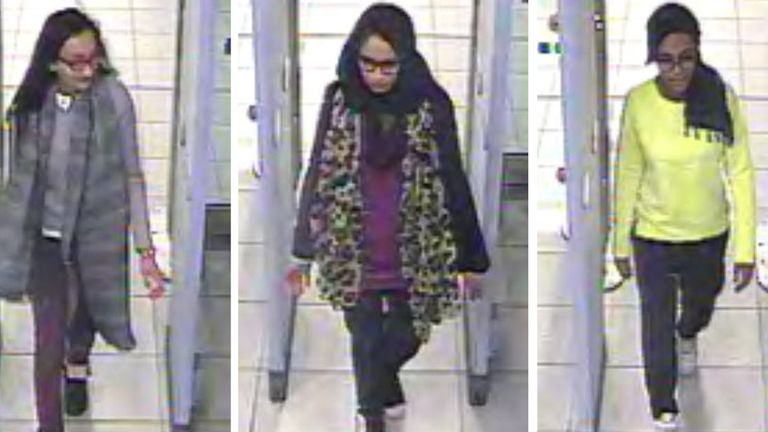 She said she left for Syria four years ago, “believing everything that I had been told, while knowing little about the truths of my religion”.

Shamima Begum was one of three schoolgirls, along with Kadiza Sultana and Amira Abase from Bethnal Green Academy in east London, who travelled together to Syria.

There, she married a Dutch fighter called Yago Riedijk, and the couple earlier this year fled the final IS stronghold of Baghouz in the east of the country where the caliphate was defeated by US-backed Kurdish-led forces.

The teen was stripped of her British citizenship in February as it was believed that she had dual-Bangladeshi citizenship.

However this has since been disputed by the Bangladeshi government and she remains at the refugee camp, where her baby son is buried in an unmarked grave on the outskirts of the facility.

Whilst she was in the late stages of pregnancy, she seemed to show little remorse for her actions. She said this was because of the threats she faced from extremists in the camp.

“Anything I said against Dawlah (IS), they would immediately attack me, so I was afraid of that,” she said.

When Sky News correspondent John Sparks spoke for a second time with Shamima Begum in mid-February, she claimed she was willing to change and be rehabilitated if the UK accepted her, despite previously saying she did not regret joining IS and that she was “okay” with beheadings.

Asked if she had anything to say to British politicians, Shamima Begum told Sparks: “I would like them to re-evaluate my case with a bit more mercy in their heart.”

Last month, a lawyer representing her family said legal proceedings were under way to overturn Home Secretary Sajid Javid’s decision to strip her of her British citizenship.

Mr Javid has insisted Shamima Begum will not be left “stateless” – something which is banned under international law.