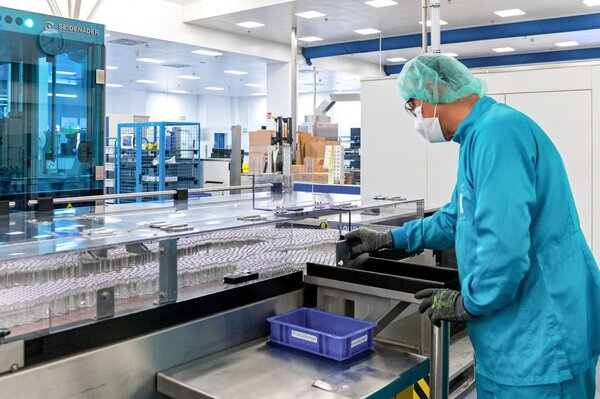 The pharmaceutical companies Sanofi and GlaxoSmithKline said Friday that their experimental Covid-19 vaccine did not appear to work well in older adults, a significant setback to their late-stage clinical trial that was previously expected to begin in the United States in December.

Instead, the companies said they planned to test a modified version of their vaccine in a smaller trial beginning in February. Rather than compare their candidate with a placebo, they said, it could be tested against a vaccine expected to be authorized by regulators for emergency use soon.

The Sanofi vaccine is one of six that were selected by Operation Warp Speed, the federal government’s effort to quickly bring a vaccine to market. The companies negotiated a $2.1 billion agreement with the United States to provide 100 million doses.

Sanofi and GSK now face a more difficult path because they may have to show their vaccine is at least as good as one already authorized by regulators. The Pfizer and Moderna vaccines have each shown that they are more than 90 percent effective against Covid-19.

The companies said they now expect their vaccine will not be available until the end of next year.

“We care greatly about public health which is why we are disappointed by the delay announced today, but all our decisions are and will always be driven by science and data,” said Thomas Triomphe, executive vice president and head of Sanofi Pasteur, the company’s vaccine division. “No single pharma company can make it alone; the world needs more than one vaccine to fight the pandemic.”

The companies said Friday that interim results of their early-stage clinical trials showed that, among adults 18 to 49 years old, the vaccine stimulated an immune response that was comparable to patients who had recovered from Covid-19. But older adults showed a low immune response, likely because of an insufficient concentration of the antigen, the protein that stimulates the body’s immune reaction.

The Sanofi vaccine is based on viral proteins that are produced with engineered viruses that grow inside insect cells. GSK supplements the proteins with adjuvants that stimulate the immune system. The vaccine is based on the same design Sanofi used to create Flublok, an approved vaccine for influenza.

If the vaccine does not succeed, or if it takes longer to develop, that could limit the available supply of vaccines, both in the United States and around the world.

In addition to the U.S. deal, Sanofi and GlaxoSmithKline also reached a deal in September with the European Union for 300 million doses, and with Canada for up to 72 million doses. Sanofi also agreed to provide 200 million doses to COVAX, an international collaboration to deliver the vaccine equitably across the world. They had previously announced plans to make up to one billion doses in 2021.