The president of Rwanda has criticised Arsenal after they lost their opening match of the new Premier League season to Brentford.

After the game on Friday, which Arsenal lost 2-0, Mr Kagame tweeted: “We just must NOT excuse or accept mediocrity. 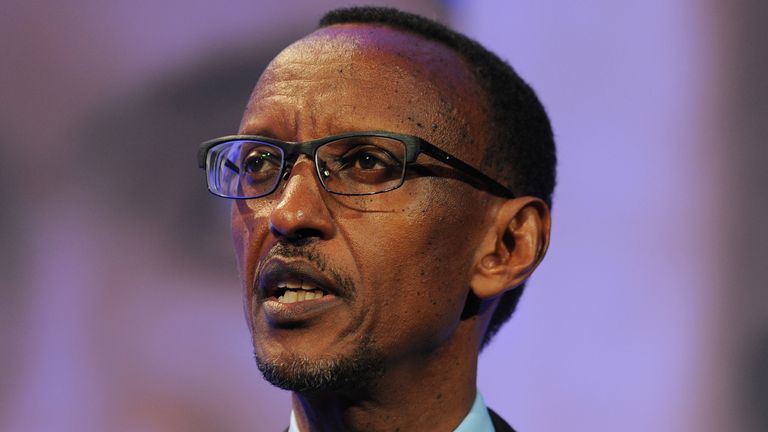 “A team has to be built with purpose to win win win.”

In a separate tweet, he said “Brentford deserved to win” and added that “Arsenal and the fans don’t deserve to kind of get used to this”.

He added: “It’s been a struggle of about decade(s) -ups&downs-more downs until this point.

“Can’t we have a plan that really works??

“One part to look at is how we deal in the market- players we buy to execute the plan.

“The touch&go mentality does not bring change.”

Rwanda‘s government has had a sponsorship deal with the club worth more than £30m since 2018.

As part of the deal, a “Visit Rwanda” logo is emblazoned on the Arsenal players’ shirts.

Mr Kigame has ruled Rwanda since the aftermath of the country’s genocide in 1994.

Around 800,000 Tutsis and moderate Hutus were murdered over the course of 100 days.

The genocide ended when Tutsi rebels, led by Mr Kagame, seized control and triggered an exodus of more than two million Hutus.

Mr Kagame has regularly aired his views on the club’s performances.