About 44 tonnes of aviation fuel is leaked from a pipeline operated by a mining company into a lake near Tukhard town. 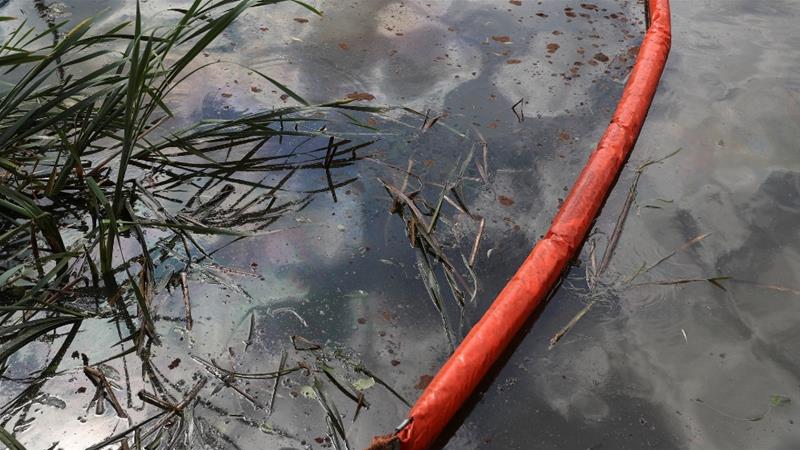 Authorities in the Taimyr District of Russia’s Krasnoyarsk Region have announced a state of emergency following a fuel spill by a subsidiary of the mining company Nornickel, the second in three months.

About 44 tonnes of aviation fuel leaked from a pipeline operated by the company into an unnamed lake spread over about 600 square metres (6,458sq feet), the administration of the nearby town of Tukhard said in a statement on Monday.

The spill occurred on Sunday as a pipe suddenly depressurised, then the fuel transfer was promptly shut off, the statement said.

More than 50 people have been involved in the clean-up effort, it said.

“The depressurisation lasted about 15 minutes,” the company said in a separate statement. “The spill poses no threats to the health of people living in the area.”

Tukhard is about 150km (93 miles) west of the city of Norilsk, where the company Nornickel is based.

In May, an estimated 20,000 tonnes of diesel leaked from a tank at a thermal power plant operated by Nornickel near Norilsk.

That spill occurred due to the collapse of a structure that had been supporting the diesel tank. The company has blamed the collapse on melting permafrost amid abnormally warm temperatures.

About 6,000 tonnes of diesel seeped into the ground and 15,000 tonnes of fuel ended up in nearby waterways, according to a state assessment.

The environmentalist group World Wildlife Fund (WWF) Russia has described that incident as the largest ever petroleum product spill in the history of the Russian Arctic.

Russian authorities have been trying to get the company to allocate about $2bn for the clean-up and restoration effort. The company disputes the amount and has offered to pay about $150m.

A senior federal legislator who represents the interests of Indigenous peoples said last month that because the enormous spill had polluted local waterways, fish populations were going to be vastly diminished.

“It is necessary to determine what can substitute for this food,” Grigory Ledkov, a member of Russia’s lower house of parliament, said in comments carried by the Russian news agency Interfax.