Russian intelligence has infiltrated the computer infrastructure of a company that processes British visa applications, according to investigative group Bellingcat.

The group’s latest investigation was into how the GRU agents behind the Skripal attack in Salisbury obtained British visas.

Bellingcat, along with Russian website Insider, said they interviewed the former chief technical officer of a company that processes visa applications for several consulates in Moscow, including that of Britain. 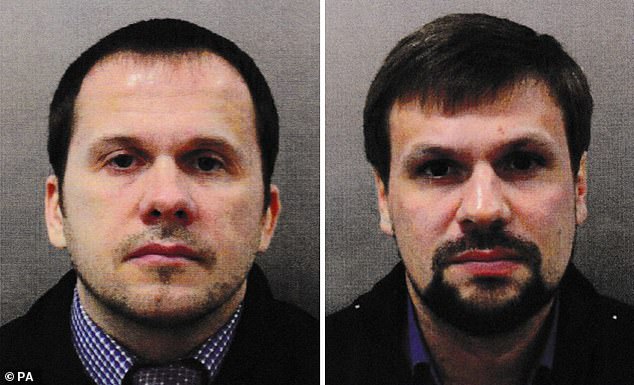 Russia’s FSB security service had a mole in a company used by Britain and other countries to process visa applications, according to a report by investigative group Bellingcat which was looking at how the Skripal attackers (pictured) got into Britain 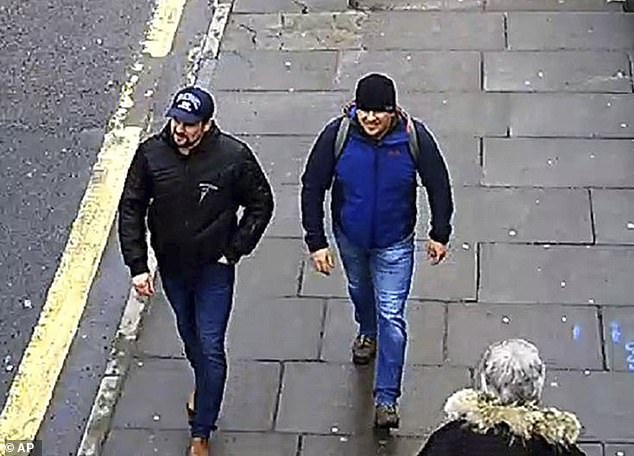 The former visa official, who fled Russia last year and applied for asylum in the US, said he had been coerced to work with an agent who revealed to him that they had access to the British visa centre’s CCTV cameras and had a diagram of the unit’s computer network.

The investigation did not demonstrate a clear link between the alleged efforts of Russian intelligence to penetrate the visa processing system and Alexander Mishkin and Anatoly Chepiga, who have been charged with poisoning Sergei Skripal in Salisbury in March.

But it does suggest Russian agents were accessing, or attempting to access, foreign countries’ visa processes.

The man also said officers from Russia’s FSB agency told him in spring 2016 that they were going to send two people to Britain and asked for his assistance with the visa applications.

The timing points to the first reported trip to Britain of the two men, who travelled under the names of Alexander Petrov and Ruslan Boshirov.

The man said he told the FSB there was no way he could influence the decision-making on visa applications. 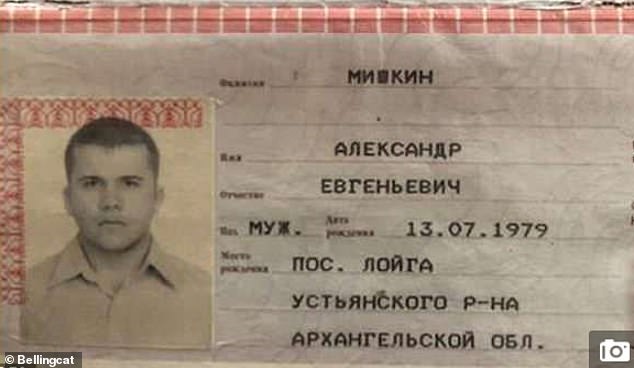 The investigative website previously uncovered passport documents of Alexander Mishkin, who travelled to Britain under the name of Alexander Petrov 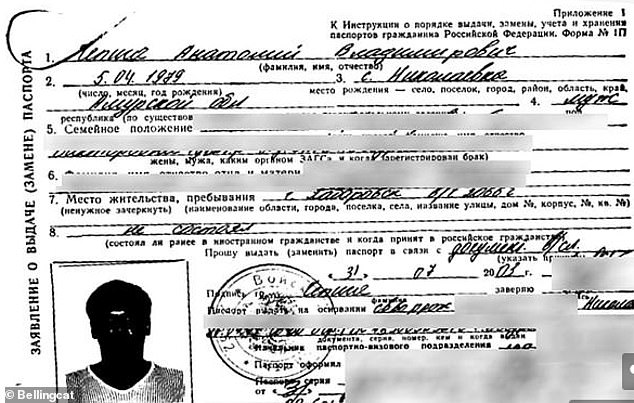 He said he was coerced to sign an agreement to collaborate with the FSB after one of its officers threatened to jail his mother, and was asked to create a ‘back door’ to the computer network.

He said he sabotaged those efforts before he fled Russia in early 2017.

In September, British intelligence released surveillance images of the agents of Russia’s GRU military intelligence agency who are accused of the nerve agent attack on double agent Mr Skripal and his daughter Yulia.

Bellingcat and The Insider quickly exposed the agents’ real names and the media corroborated their real identities.

When previously asked about the men’s visas, a Home Office spokesman said: ‘Applications of this type would be decided by a visa officer in the UK and not in the British Embassy in Moscow.’ 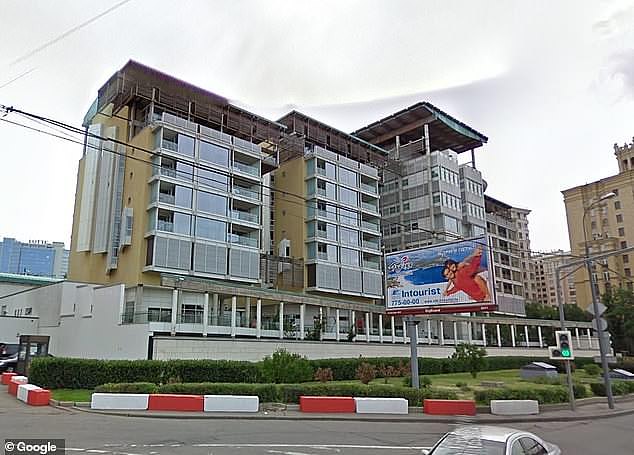 The British Embassy is Russia is a grand tower block building on the banks of the River Moskva. But visas are handled by a private company