A Russian model once linked to Cristiano Ronaldo has allegedly crashed into a pregnant woman’s car after driving on the wrong side of the road in Russia.

Extraordinary footage appears to show Valeria Sokolova’s SUV driving into traffic near Moscow and smashing into an oncoming vehicle.

Driver Sergey Fedoseev said he and his wife were going home from the hypermarket when they were hit by the catwalk star who has more than half a million Instagram followers.

On a crowded road the U.S.-based model overtook a traffic jam in the wrong lane and rammed the couple’s car, according to reports. 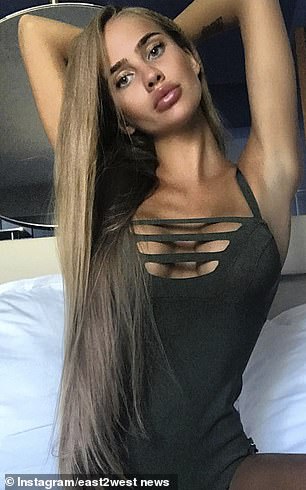 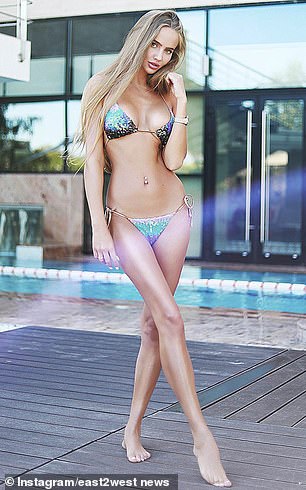 Valeria Sokolova, pictured, a Russian model based in the U.S., allegedly crashed head-on into a pregnant woman’s car while she was driving on the wrong side of the road

The 31 year old Vogue and Marie Claire model – who rose to fame from her trademark long blonde hair – has been previously linked in the Russian media with Cristiano Ronaldo and ice hockey star Alexander Ovechkin.

Mr Fedoseev said: ‘We saw a Gelendwagen moving straight into oncoming traffic at a breakneck speed. Going 47 kilometres per hour (30mph), I managed to brake.

‘But she was not doing the same. Then there was a head-on collision. We immediately called an ambulance, because my wife is pregnant and will soon give birth.’

His wife Daria said: ‘We are basically okay, but what if next time she hit somebody resulting in death or serious injuries?’

The moment of impact was highlighted on Mr Fedoseev’s dash cam video. 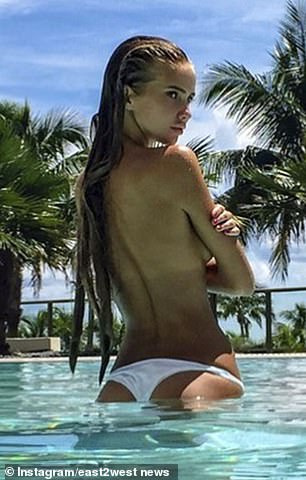 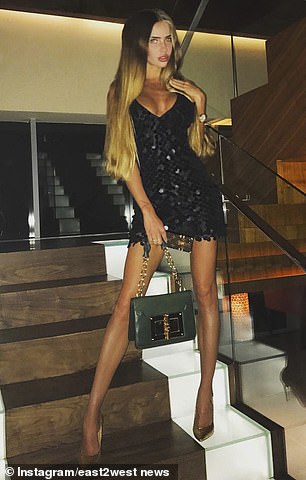 The model, pictured, is claimed to have overtaken a traffic jam in the wrong lane and rammed the couple’s car, according to reports in Russia 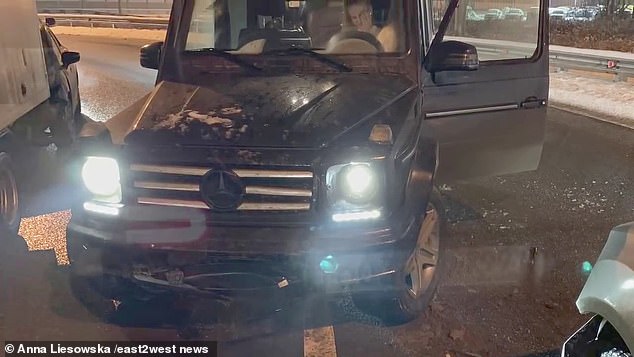 The car after the collision, in which driver Sergey Fedoseev and his pregnant wife were hit by a vehicle reportedly driven by the model 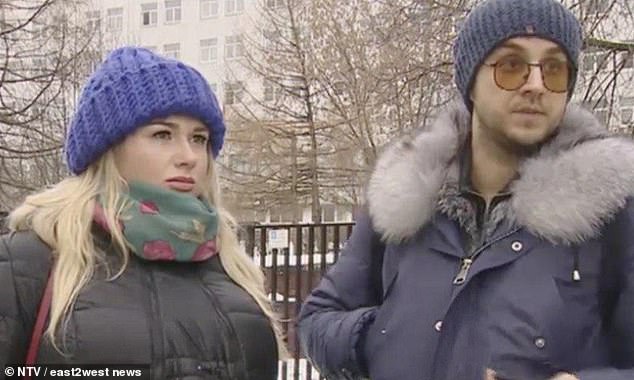 Daria and Sergey Fedoseev, pictured together, were in the car that was hit on the road near Moscow but were not seriously injured

The couple have reported her to law enforcement.

Russian matchmaker to the stars Petr Listerman claimed he engineered a meeting with Ronaldo.

‘I invited Ronaldo to join me and several Russian models – Lera (Valeria) was among them,’ he said.

‘I think that Lera would have suited Cristiano, but she was let down by her poor English. They met several more times but their relations didn’t take off properly.’

The model is from Penza in Russia. She started on the catwalk aged 15 before winning contracts in London, Milan, Paris and New York.