MOSCOW (Reuters) – Russia’s main election board on Wednesday upheld rulings barring several Kremlin critics from a Moscow election next month as the opposition said it would press ahead with nationwide protests this weekend. 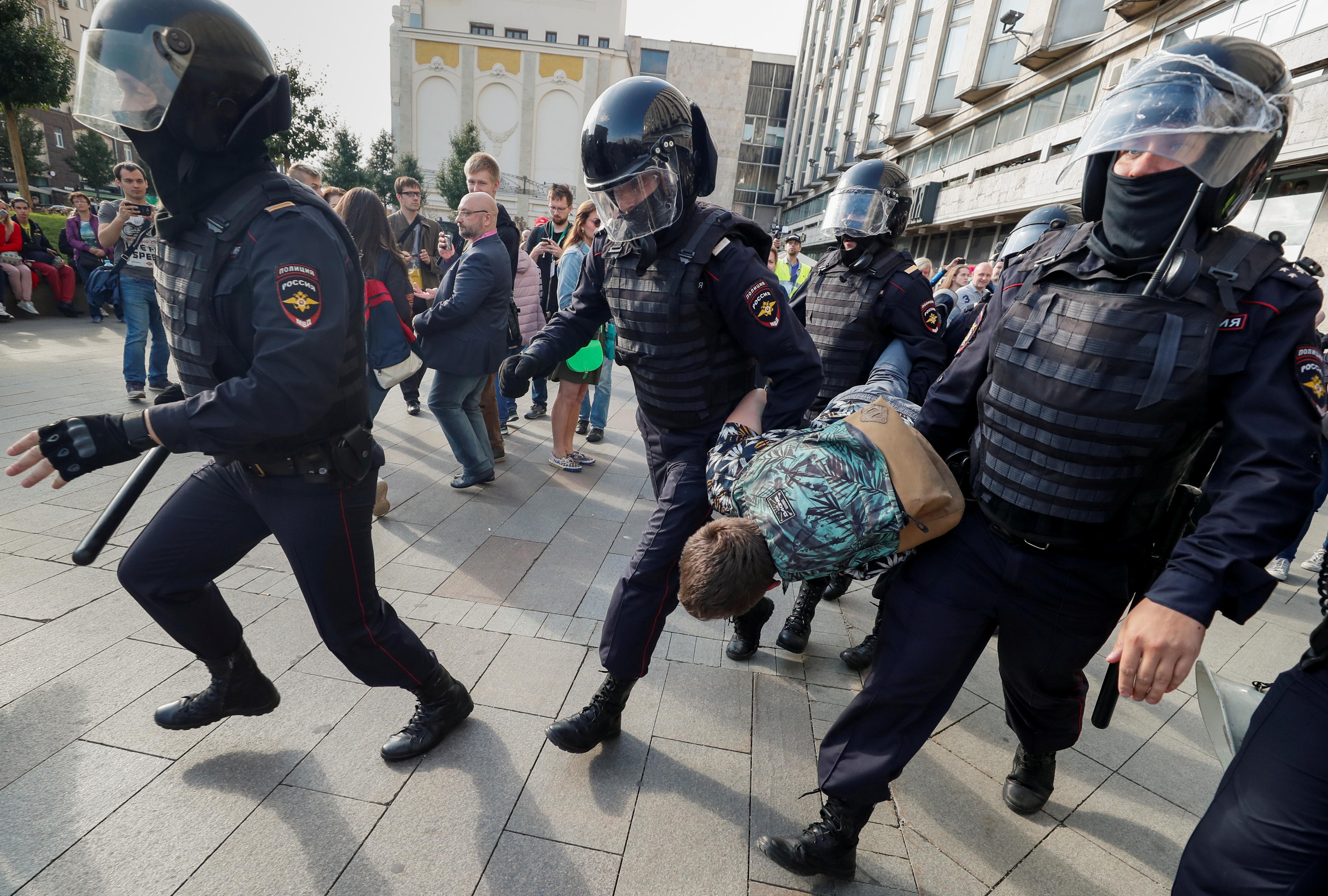 Police in Moscow have detained more than 2,000 people at recent rallies protesting the exclusion of opposition candidates from a Sept. 8 election, prompting the biggest standoff between authorities and the opposition in years.

Most of those detained were released quickly.

But investigators have accused protesters of using violence against the police and opened criminal proceedings against some people over what they have called mass civil unrest, an offense punishable with up to 15 years in jail.

Protesters have said their rallies have been entirely peaceful and accuse authorities of using force and pressure tactics to try and scare people away.

The opposition politicians, including hunger-striking activist Lyubov Sobol, were barred from running for the Moscow city legislature for failing to gather enough genuine signatures of support, something they say is a lie.

Several of them appealed against their exclusion from the vote, but the Central Election Commission on Wednesday rejected complaints from Sobol as well as the opposition’s Dmitry Gudkov and Elena Rusakova.

Leonid Volkov, an ally of jailed opposition politician Alexei Navalny, has said protests would continue on Saturday, this time also in cities beyond the capital.

Some opinion polls indicate the opposition has won some broader support among Moscow’s residents.

A poll by the Levada Centre said on Tuesday that 37 percent of Muscovites related “positively” to the protests in Moscow compared with 27 percent who said they viewed them negatively, the RBC medial portal reported.

The Kremlin has not commented on the protests.