Representatives of Russia and the Taliban scoffed at the US allegations during their conversations, says Russian envoy. 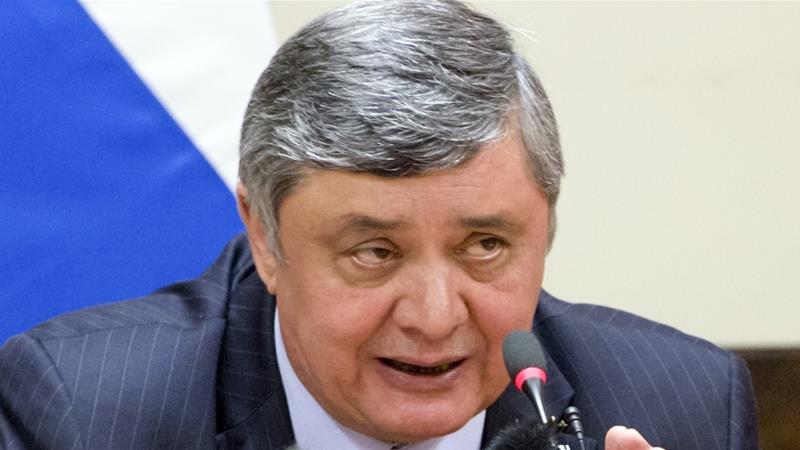 Representatives from Russia and the Taliban “laughed” at US claims that Moscow has been arming the group, according to Russia’s envoy to Afghanistan.

Zamir Kabulov said on Thursday that in their talks with the Taliban, the group’s representatives said they buy all their weapons illegally from the Afghan government and police, and asked for financial support for that.

In that request, the Russian representatives replied, “Sorry, we have no money”, Kabulov told a press conference in Moscow.

“We laughed with Taliban representatives about it, and I’ll tell you why,” he said of the US allegations.

“They [Taliban] say they wouldn’t mind if we gave them weapons, but they don’t need weapons. They say ‘give us money, we’re buying weapons from the stocks of the Afghan army and police’,” Kabulov was quoted as saying by The Associated Press news agency.

“They laughed at the rumours that they receive ammunition from Pakistan. It was in the Soviet times – as they say – the Mujahideen was delivered weapons, and now they buy everything they need in Afghanistan,” he added.

After more than 15 years of war, US generals say the Afghanistan conflict is stuck in a stalemate, with the Taliban continuing to carry broad regional influence and NATO-backed Afghan security forces struggling to make progress.

US claims that Russia was arming the Taliban reflected an attempt to shift blame, according to Kabulov, for what he described as US failure in Afghanistan.

Kabulov further said that Russia’s contacts with the Taliban are to ensure the safety and security of Russians in Afghanistan and to encourage the Taliban to join peace talks.

“We established the contacts a few years ago when we became seriously worried about possible terror threats for the Russian mission and Russian citizens in Afghanistan,” he said.

“It was important for us to clarify the Taliban’s plans regarding our citizens.”

Kabulov in 2015 said that Russia was exchanging information with the Taliban and saw shared interest with them when it came to fighting the Islamic State of Iraq and the Levant (ISIL, also known as ISIS) group.

Russia considers the Taliban a “terrorist” group, along with ISIL.

Curtis Scaparrotti, the top US general in Europe, said on March 22 that he had witnessed Russia’s influence grow in many regions, including Afghanistan.

In a statement to the Senate Armed Services Committee, Scaparrotti, who is NATO’s Supreme Allied Commander, said Moscow was “perhaps” supplying the Taliban in fighting against US and NATO forces in Afghanistan.

The US supplied Afghan mujahideen fighters with hi-tech weapons as they battled the Soviet Red Army in the 1980s.

Asymptomatic coronavirus cases may be more common than suspected

Will the X-Men or the Fantastic Four Join the MCU First?

The number of “secret” coronavirus carriers — people displaying no symptoms — could be much higher than previously thought, according to new research. Researchers in…

This cat-burglar got the canaries — and puppies too! A thief broke into a Bronx pet store this week and flew the coop with dozens…