The Akademik Lomonosov vessel left its shipyard in St Petersburg on Saturday for its maiden voyage. It is due to sail across the Baltic and Norwegian seas to the Russian naval port of Murmansk, the Interfax news agency reported. 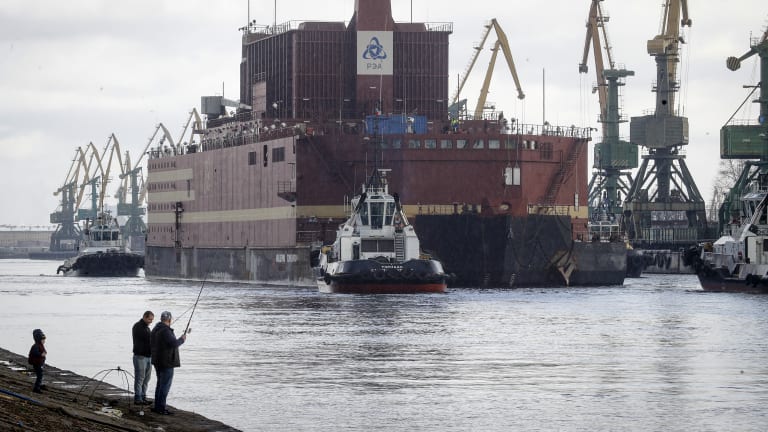 The floating nuclear power plant, the ‘Akademik Lomonosov’, is towed out of the St Petersburg shipyard on Saturday.

The power plant's two reactors are then due to be equipped with nuclear fuel, state news agency Tass quoted Pavel Ipatow from plant operator Rosenergoatom as saying.

In the summer of 2019, Akademik Lomonosov is due to sail from Murmansk to the Arctic Sea to supply electricity and heat to Russian outposts and desalinate seawater. The power plant can supply about 200,000 people with electricity. The destination port is Pewek in Siberia.

The project has been criticised for its risks by environmentalists. Greenpeace recently warned that there was a danger of a "Chernobyl on ice", referencing the 1986 nuclear disaster at the Chernobyl reactor in Soviet-controlled Ukraine that prompted a mass evacuation and left swathes of Ukraine and neighboring Belarus uninhabitable.

Russia wants to secure the rich deposits of oil and gas that are believed to be in the region around the North Pole. Due to climate-induced melting of ice, new ship routes are opening up in Russia's north. Moscow is as a result strengthening its military presence in the region.