MOSCOW (Reuters) – Russia and Belarus have come closer to resolving their differences on oil and gas supplies, Russia’s economy minister said on Saturday after talks between the two countries. 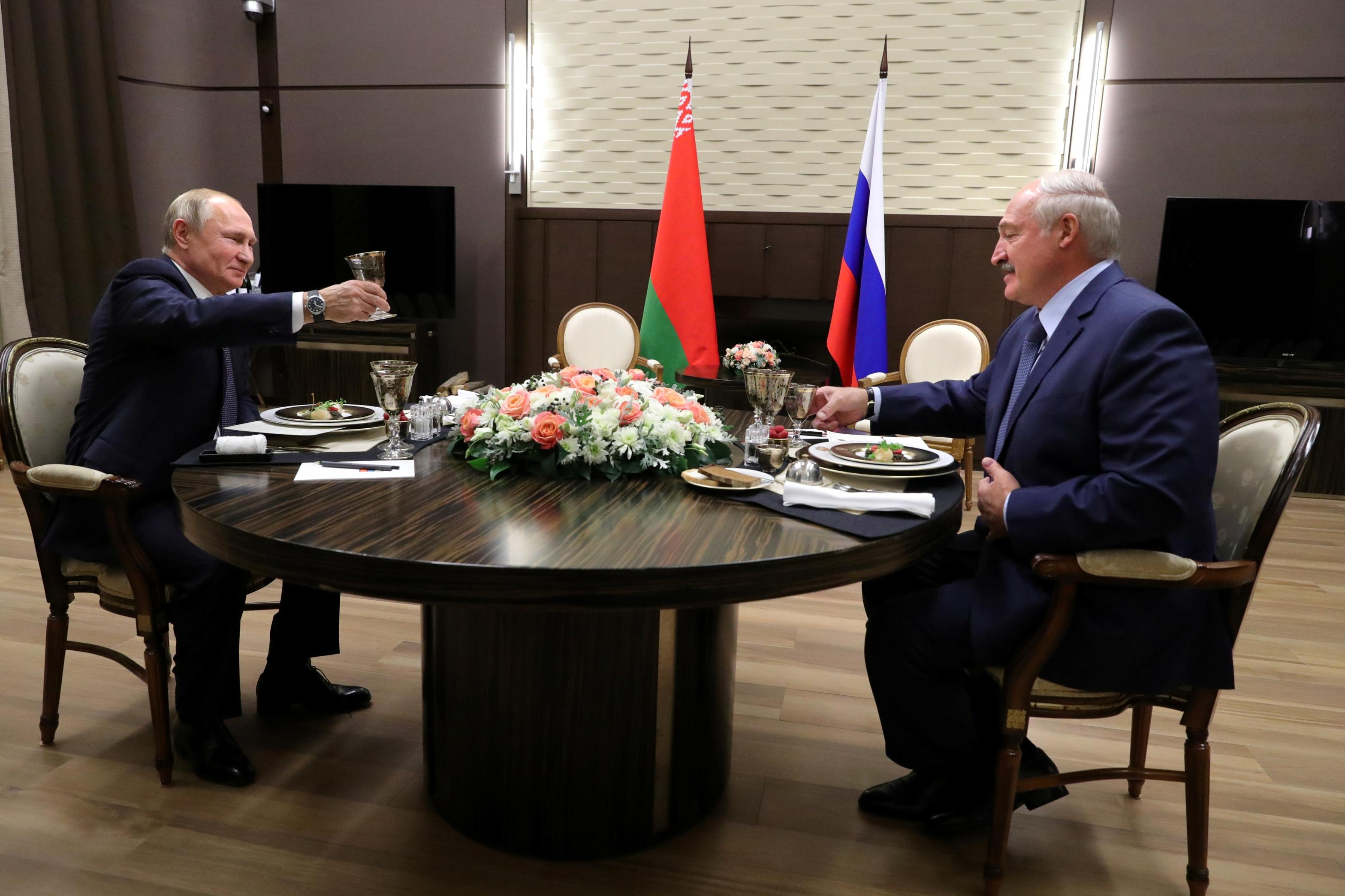 Russian President Vladimir Putin and his Belarusian counterpart Alexander Lukashenko were holding talks on Saturday on an integration road map in the southern Russian city of Sochi.

A lack of detail on what such a pact might include has fueled fears that Moscow aims to gain new influence in ex-Soviet Belarus as part of a plan to absorb it.

“A lot of progress has been made, even on oil and gas. The positions have come significantly closer,” Russian Economy Minister Maxim Oreshkin said, without providing any detail.

Oreshkin added that the two presidents would meet again in St. Petersburg on Dec. 20.

Lukashenko, who did not address the press after the talks, last month threatened not to sign an integration deal with Russia if it failed to resolve “oil and gas issues”.

Russia has provided energy subsidies to Belarus in the form of cheap oil and gas and low-cost loans to keep Minsk in its political orbit, but now plans to phase these out to lessen the burden on its economy.

Belarus has said that it stands to lose hundreds of millions of dollars a year from changes to Russian tax policy and has tried to negotiate compensation. Russia says the subsidies cost its exchequer billions of dollars.

Lukashenko this week said the countries had yet to reach an agreement over compensation in a dispute over tainted Russian oil that was pumped through the Druzhba pipeline.

He said the financial losses sustained by Belarus over the contamination of oil in the Druzhba pipeline amounted to hundreds of millions of dollars.

The Belarusian leader, who has been in power since 1994, has dismissed opposition fears that a possible integration pact with Russia could end with his country losing its independence to Moscow.

He has said the two countries are not discussing deeper political ties.

Despite his assurances, some 1,000 people gathered in the Belarusian capital Minsk on Saturday to protest integration with Moscow.