EXCLUSIVE: British woman who screamed for help after rugby star boyfriend died in their Italian hotel room ‘had been beaten up by the sportsman who suffered a heart attack during brutal assault’

A British woman who ran covered in blood and screaming ‘help me’ after her ex-rugby star boyfriend died in their Italian hotel room was the victim of a ‘shocking and violent assault’, MailOnline can reveal.

Successful estate agent Jennie Platt was rushed to hospital where she needed three operations after she was viciously beaten up by her lover Ricky Bibey, 40, who passed away from a suspected heart attack in the terrifying incident at the £350-a-night four-star Hotel Continentale in Florence.

Friends of Jennie, 44, a mother-of-two, say 6ft 3in Mr Bibey, who weighed 17 stones, subjected her to the vicious assault after they returned to their luxury hotel in the early hours of July 16 following a night of heavy drinking in the Italian city.

Prosecutors investigating the attack had to wait more than a week to talk to Jennie and get her account of her ordeal because of the extent of her injuries and she has only now been discharged from hospital and allowed to return home but will need ongoing medical care.

Speaking exclusively to MailOnline, a family friend said: ‘Jennie is devastated. She is the victim of a shocking and violent attack in the hotel room at the hands of the man she had a long-term relationship with.

‘She is a strong woman who runs a successful business and is desperately trying to come to terms with what has happened to her, and Ricky’s actions before his death. 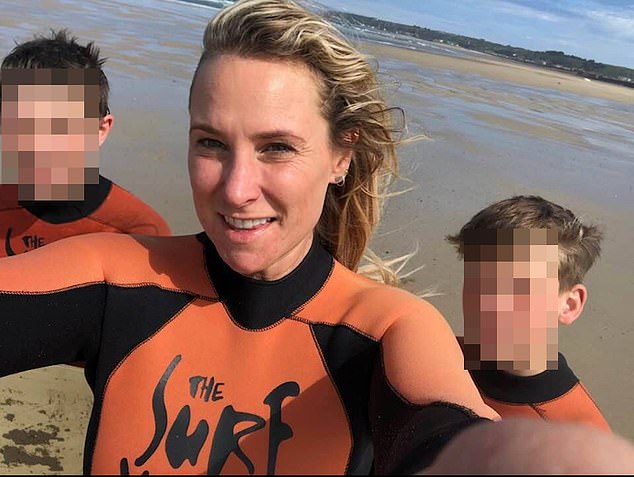 The mother-of-two, 44, suffered extensive injuries and could not speak to police for a week while she underwent medical treatment in an Italian hospital 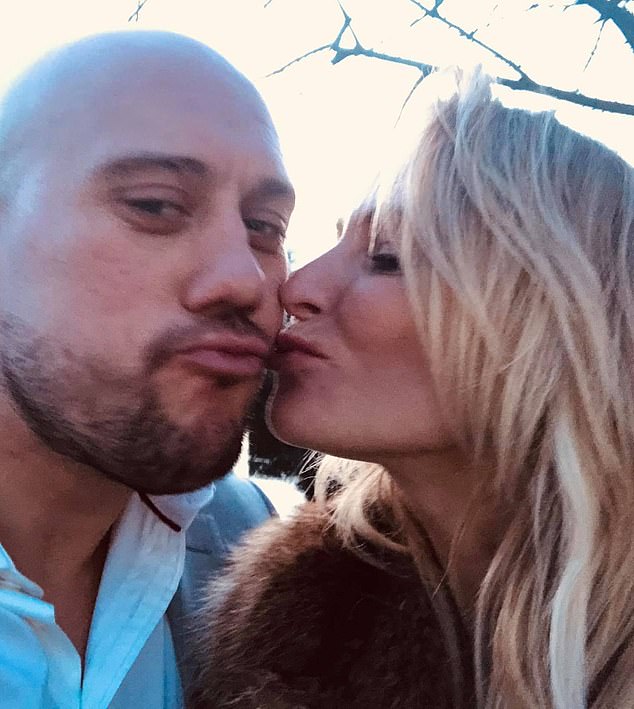 Successful estate agent Jennie Platt, 44, was rushed to hospital where she needed three operations after she was viciously beaten up by her lover Ricky Bibey, 40 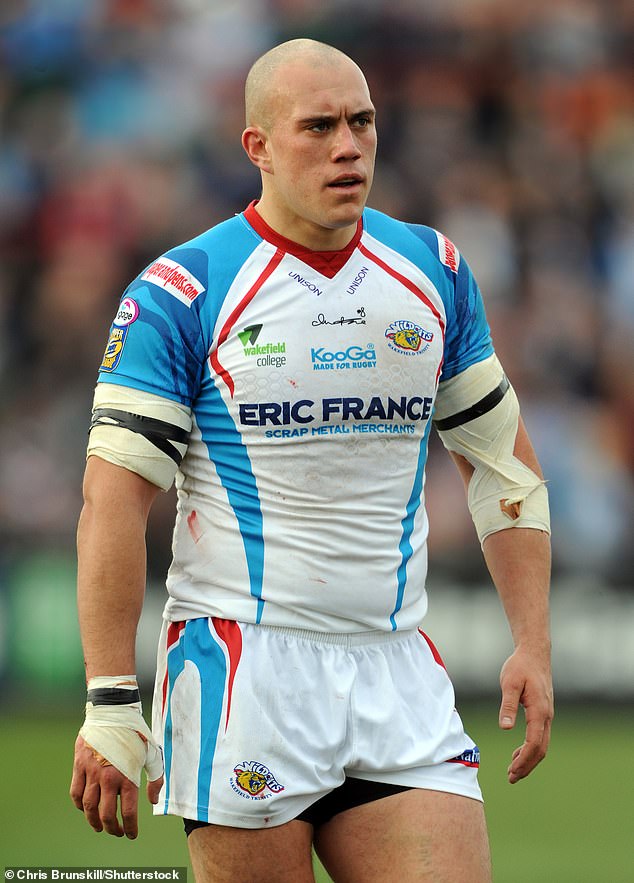 Friends of Jennie say 6ft 3in Mr Bibey (pictured), who weighed 17 stones, subjected her to the vicious assault after they returned to their luxury hotel in the early hours following a night of heavy drinking in the Italian city 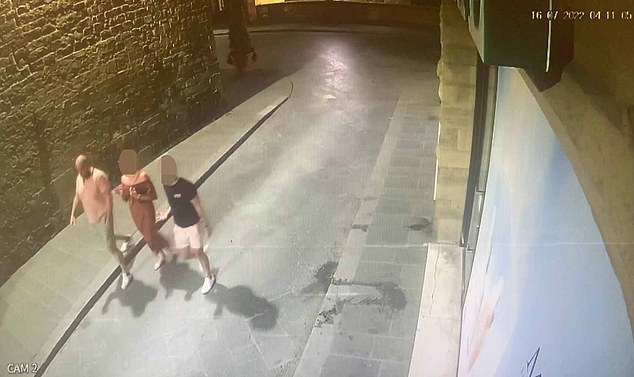 CCTV footage shows Jennie walking back to her hotel room in Florence, Italy, in the early hours of July 16 closely followed by Ricky in a pink shirt and two friends

‘She has been doing all she can to help the Italian authorities piece together what happened that night, speaking to them as a witness and as a victim of a domestic assault.’

The friend continued: ‘Jennie had been with Ricky for three years. They went to Florence for what was supposed to be a health break at a spa. Ricky had suffered mental health issues in recent times and experienced a serious downturn in the last six months. 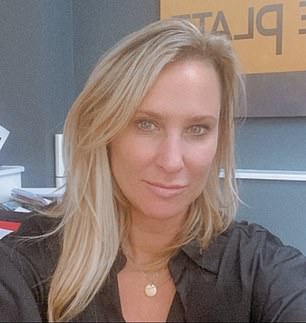 ‘He had been in and out of various centres, and this trip was to try and get him back on track – but it ended in tragedy. They had gone out for the evening and enjoyed being in Florence, which as everyone knows is a beautiful city, taking in the famous sights such as the Ponte Vecchio and Michelangelo’s David.’

The friend went on: ‘It will be difficult for people to hear as Ricky was well liked and respected in the rugby league fraternity, but Jennie is lucky to be with us after the attack. She is seeking answers and hopes the official investigation will provide those.

‘She has suffered several serious injuries, including one to her eye socket which very worrying. She is in a wheelchair currently as she recovers from the assault. She was discharged from hospital some days ago and has been staying in a different part of the city.

‘Although travelling home gives some logistical challenges, it is felt being at home is the best place for her. Her family are in the north west and she has many friends who will be supporting her during her recovery.

‘Jennie is a strong individual who will get through this with the support of her loved ones but will need to take it one day at a time.’ 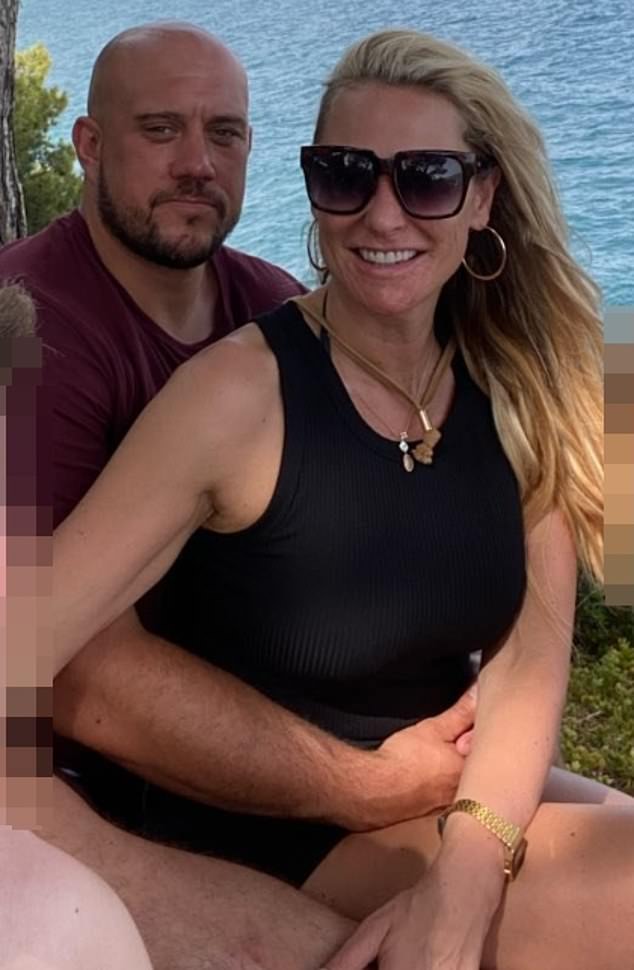 Bibey and Platt are pictured together in this holiday snap 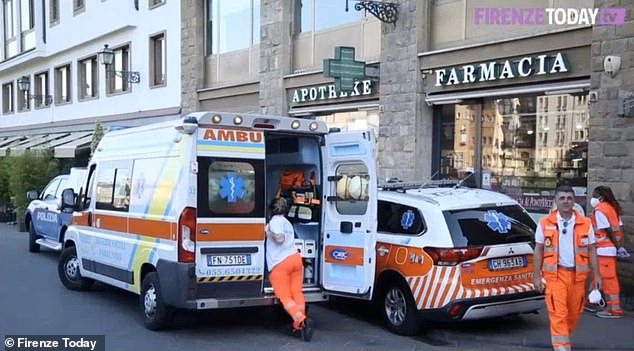 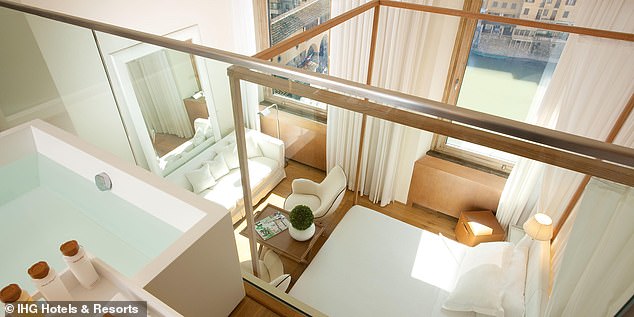 CCTV footage obtained by MailOnline showed Jennie and Ricky – who played at prop for Wakefield Trinity Wildcats before his career was cut short by injury – returning to their hotel room in the early hours of July 16.

After turning professional in 2001 he also made appearances for Wigan Warriors, Leigh Centurions and St Helens and he also played three times for England before his career ended in 2012 following an Achilles problem.

An autopsy showed he died from a heart attack and although toxicology results have yet to be confirmed police say he had taken cocaine and alcohol which had combined to provoke his death.

The couple, who are both from Manchester, worked as estate agents.

Jennie has her own business called Jennie Platt Sales and Lettings and she featured in a BBC documentary called Mantopia about the property business in the north west of England.

She also made her name in 2013 when it emerged she was marketing the luxury flat of Manchester United ace Phil Neville for £15,000 a week. 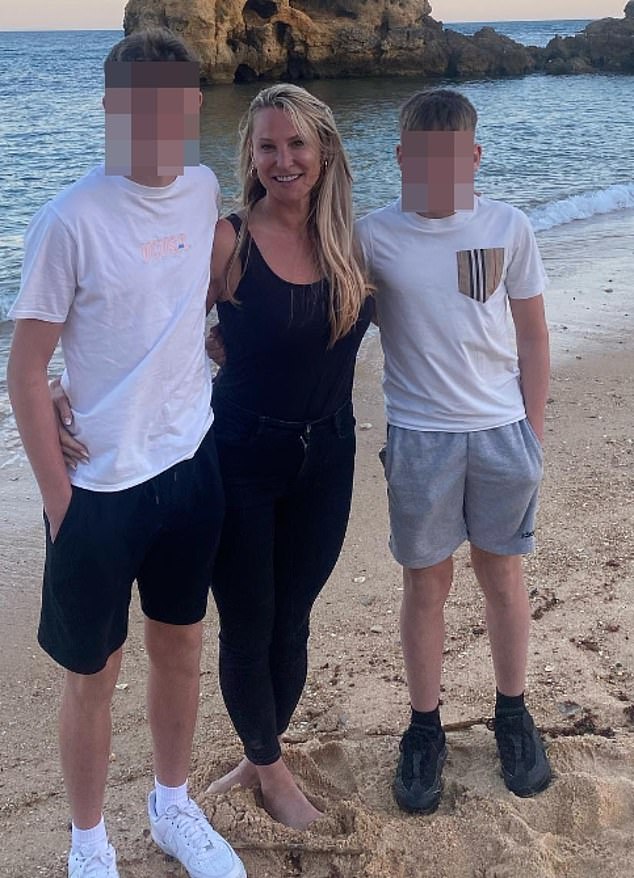 Jennie is pictured with her two children in this holiday snap

Jennie’s lawyer Stefano Goldstein told MailOnline: ‘My client Jennie was the victim of terrible assault and needed several operations during a lengthy stay in hospital.

‘She has cooperated fully with the authorities who are investigating the matter and we expect the case to be closed within the next few days but for Jennie the trauma of what happened will not end as she will need medical care in England.

‘Jennie has explained to the police that the night Ricky died he was completely out of control and that he had attacked her.

‘She has been discharged from hospital but is still in Italy as she needs a specialist medical flight to repatriate her back home where hopefully she can try and rebuild her life.’

A police source in Florence told MailOnline: ‘We were not able to speak to the woman for more than a week because of her injuries but when we did we were able to build up a clearer picture of what happened that night between them and it’s clear she was the victim of a violent attack.

‘The autopsy has shown that Ricky Bibey died from a heart attack and we are awaiting the final toxicology results but we know he had taken cocaine and alcohol in the hours leading up to his death.’