Family tell inquest a Royal Marine turned anti-pirate security officer, 34 was killed in ‘targeted terrorist hit’ on his way back to a food relief ship in Kenya as coroner gives an open verdict into his death

A former Royal Marine who died in mysterious circumstances in Kenya was the victim of a targeted terrorist ‘hit’, his family have claimed.

Ben Ryalls, 34, was working as a security officer in anti-piracy operations aboard a food relief ship when he visited Mombasa the day before he was due to fly home.

He died in a tuk tuk taxi on the way back to the ship after visiting a nightclub, the inquest into his death was told.

A post mortem examination in Kenya concluded his death was possibly due to the inhalation of ‘gastric contents’.

No toxicology results were produced and by the time his body was returned to the UK it had been embalmed so no further investigation was possible. 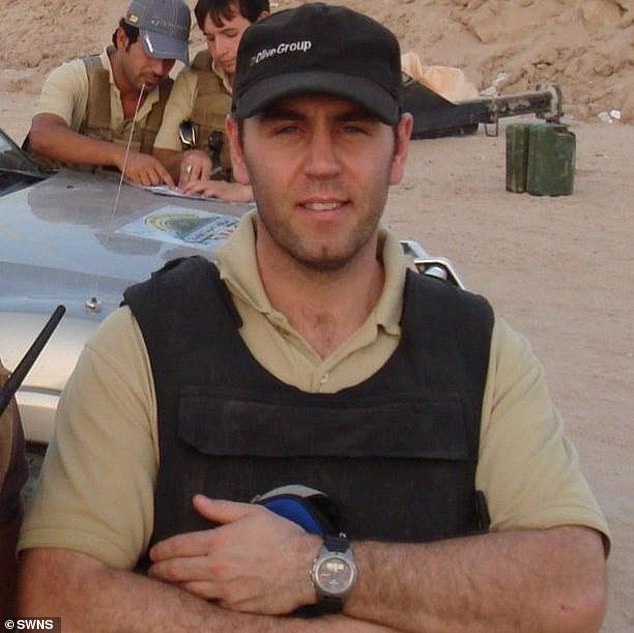 Ben Ryalls (pictured), of Devon, died in a tuk tuk taxi after visiting a nightclub, with a post-mortem suggesting his death may have been due to the inhalation of ‘gastric contents’.

His father Dennis Ryalls, 71, believes his son was targeted by Somalian terrorist factions because of his job.

Speaking after the coroner recorded an open verdict, Mr Ryalls said the British government did nothing to assist them get to the truth.

‘Ben was super fit, had run marathons, and went to the gym every day.

‘For some reason we believe he was poisoned. He had been at sea for ten weeks and the very evening he goes on shore this happens.

‘He was looking after security on three ships and we believe he was targeted by Somalian terrorist-factions in and around the area.

‘I do think he was targeted because of the job he did. That is what we believe but proving it is something very difficult.’

The inquest at Exeter’s County Hall heard that Ben, of Bideford in Devon, had travelled back to the ship at about 4am in a taxi, followed by his two colleagues in another taxi. 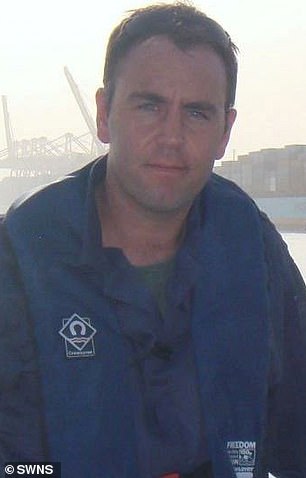 Mr Ryalls was found unresponsive and despite both colleagues performing CPR for 45 minutes, he could not be revived

However, during the journey he collapsed and died at the port on July 24, 2012. He had been due to fly home the next day.

The coroner heard a police investigation conducted in Kenya was not made available, and neither were the toxicology results taken during a post mortem examination before his body was returned home.

One of Mr Ryalls’ colleagues said in a statement how on the night of his death they had been granted shore leave at about 9.30pm and on their return he noticed Mr Ryalls’ taxi approach the port security gates and suddenly stop as there appeared to be a problem.

Mr Ryalls was found unresponsive and despite both colleagues performing CPR for 45 minutes, he could not be revived.

A post mortem examination in Kenya concluded his death was possibly due to the possible inhalation of gastric contents. The cause of his death was given as bilateral pulmonary edema due to left ventricular failure, excluding drug overdose.

A second examination was carried out in this country but his body had already been embalmed.

It was suggested aspiration was not generally associated with a fit, young individual, but was possible due to alcohol or drugs intoxification.

However, his toxicology results were not available so it was not possible to determine either of those levels in his body.

The report concluded it meant the cause of his death was unascertained, but there were no injuries on his body that could have caused or contributed to his death.

In his statement to the inquest Dennis told the coroner his son had served in the Royal Navy as a private for seven years and had served in Afghanistan and Iraq. 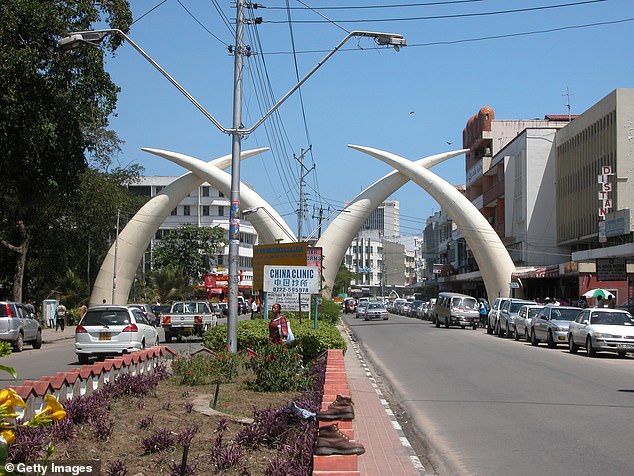 Ben Ryalls, 34, was working as a security officer in anti-piracy operations aboard a food relief ship when he visited Mombasa (pictured) the day before he was due to fly home

He went on to gain specialist security training and had a daughter and step-daughter.

Dennis said: ‘He was a good man who loved his family. He did like to have an alcoholic drink when off work but he was not an excessive drinker.

‘He was an extremely fit person who trained daily and I’m aware he had a medical examination before going to Kenya.’

Their last telephone conversation was on July 22, 2012.

He said: ‘He rang from a shop phone and was very upbeat and happy, and looking forward to seeing his partner and daughter who were living in Thailand at the time.’

After hearing the news of his sudden death, Dennis said the family were in shock.

He said: ‘Our lives fell apart that day and since then it has been hell trying to get answers and find out what actually happened.’

The family’s efforts to find out the truth have included trying for seven years to track down his blood sample, visiting Kenya, hiring a solicitor, and seeking Government assistance.

They have also discovered a ‘significant’ amount of cash was withdrawn from his bank account around the time of his death, but it was not found in his wallet, and that he had been the most sober out of his work colleagues.

Recording an open conclusion, coroner Philip Spinney said: ‘An autopsy was conducted in Kenya and samples for toxicology were taken, but no further results were made available.’

He continued: ‘Over a number years efforts were made by the family and this office to engage with the Kenyan authorities, all of which have proved unsuccessful.’

Addressing the family, he reassured them he would be of assistance if any further information comes to light.

Mr Spinney said: ‘I can assure you I will assist you if you continue to try and get this information.’

Speaking after the inquest, Dennis said that despite being aged 71 and on a state pension, he was saving up to fly back out to Kenya to seek the answers they are so desperate to get.

Dennis, who also served in the Royal Navy, said: ‘We will never give up hope.

‘All we have ever wanted is closure. We won’t get any closure until we know how he died. We feel totally let down by the Government.

‘It has been seven years now and our government has been totally useless. The Foreign Office have been no help at all. We have had a little bit of backing from our MP but have not got anywhere.

‘The inquest had already been adjourned three times and the coroner could only give an open verdict.

‘They did say they would re-open it if there is new information and we could prove there was foul play. All we really want is to get the toxicology report.’