The Bangladesh government is moving thousands of Rohingya refugees to a remote island in the coming days – despite human rights groups’ calls to stop the process.

Bhasan Char, which emerged from the sea less than 20 years ago, is exposed to annual flooding and cyclones during the monsoon season, which lasts for five months of the year.

Parts of the island, which is about 21 miles off the coast of Bangladesh, get submerged during the rains and tidal channels can be seen cutting across the island. 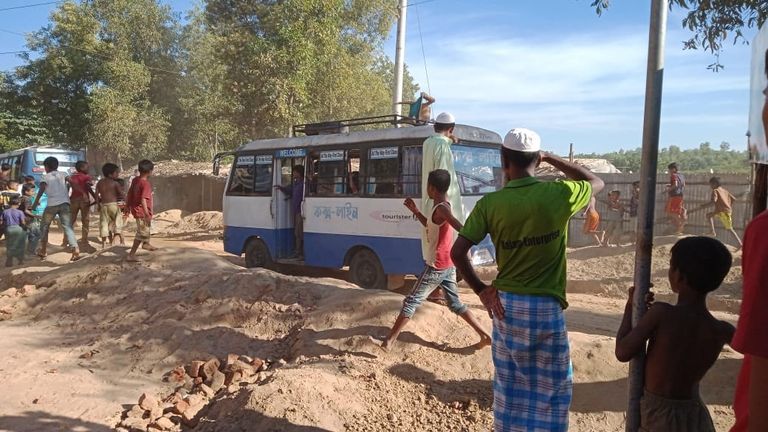 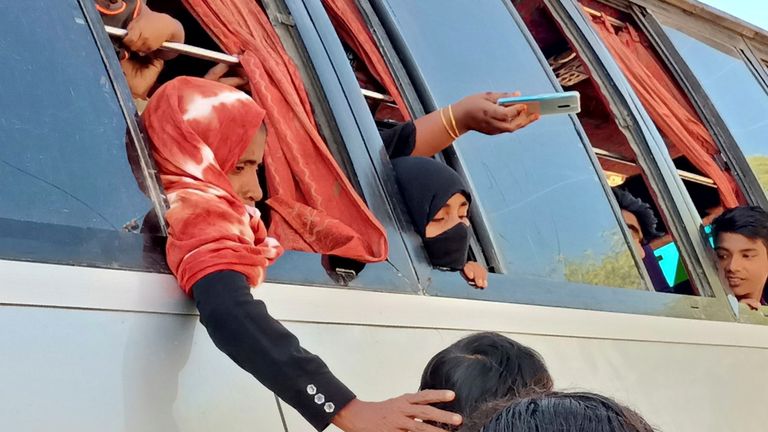 On Thursday, 11 coaches carrying Rohingya refugees left Cox’s Bazar, home to the world’s biggest refugee camp, to head to the island, where they are expected to arrive on Friday, according an anonymous government official, who added “a few thousand” people were in the first batch.

The United Nations, its development partners and aid organisations have all raised concerns about relocation.

In a statement, the UN said it “has not been involved in preparations for this movement or the identification of refugees and has limited information on the overall relocation exercise”.

“Rohingya refugees must be able to make a free and informed decision about relocating to Bhasan Char based upon relevant, accurate and updated information.”

In a statement, Refugees International said “the move is nothing short of a dangerous mass detention of the Rohingya people in violation of international human rights obligations”.

“Refugees we’ve spoken to are extremely anxious and opposed to relocating to Bhasan Char. One Rohingya refugee even said forced repatriation to Myanmar, where there is ongoing risk of genocide, would be preferred to the unknown and potential dangers of resettling to Bhasan Char.” 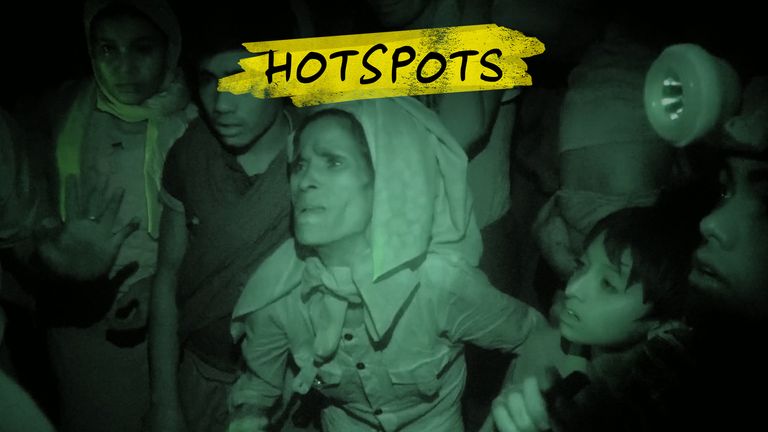 Sky News understands that many families from Tangkhali (camp 13), Balukhali (camp one) have been taken to the Ukiya College campus, which has been a made into a processing transit camp.

The refugees have been given rations and some money.

One of the refugees, who did not want to be identified, told Sky News: “We chose to move as we are looking for a safer place to live in, there are too many problems here.”

Another man from Tangkhali (camp 13) said: “Some of my family members are already there… their boat capsized and the Navy relocated about 300 of them to the island. I am going to join them.”

Many Rohingya refugees have taken dangerous boat journeys across the seas to reach the safe shores of Malaysia.

Amnesty International’s South Asia campaigner, Saad Hammadi, said: “Authorities should immediately halt relocation of more refugees to Bhashan Char, return those on the island to their families and community in mainland Bangladesh.

“The remote island, which is still off limits to everyone including rights groups and journalists without prior permission, poses grave concerns about independent human rights monitoring.”

The UN and its partners have repeatedly asked the Bangladeshi government for access to the island for a technical assessment to review the safety, feasibility and sustainability as a place to live, but so far authorities have denied permission.