A ROAD sweeper has died after his vehicle plunged into the River Thames during a clean-up at a popular tourist spot.

The man, who was in his 50s, was rescued from the icy river by passers-by but died shortly after he was taken to hospital. 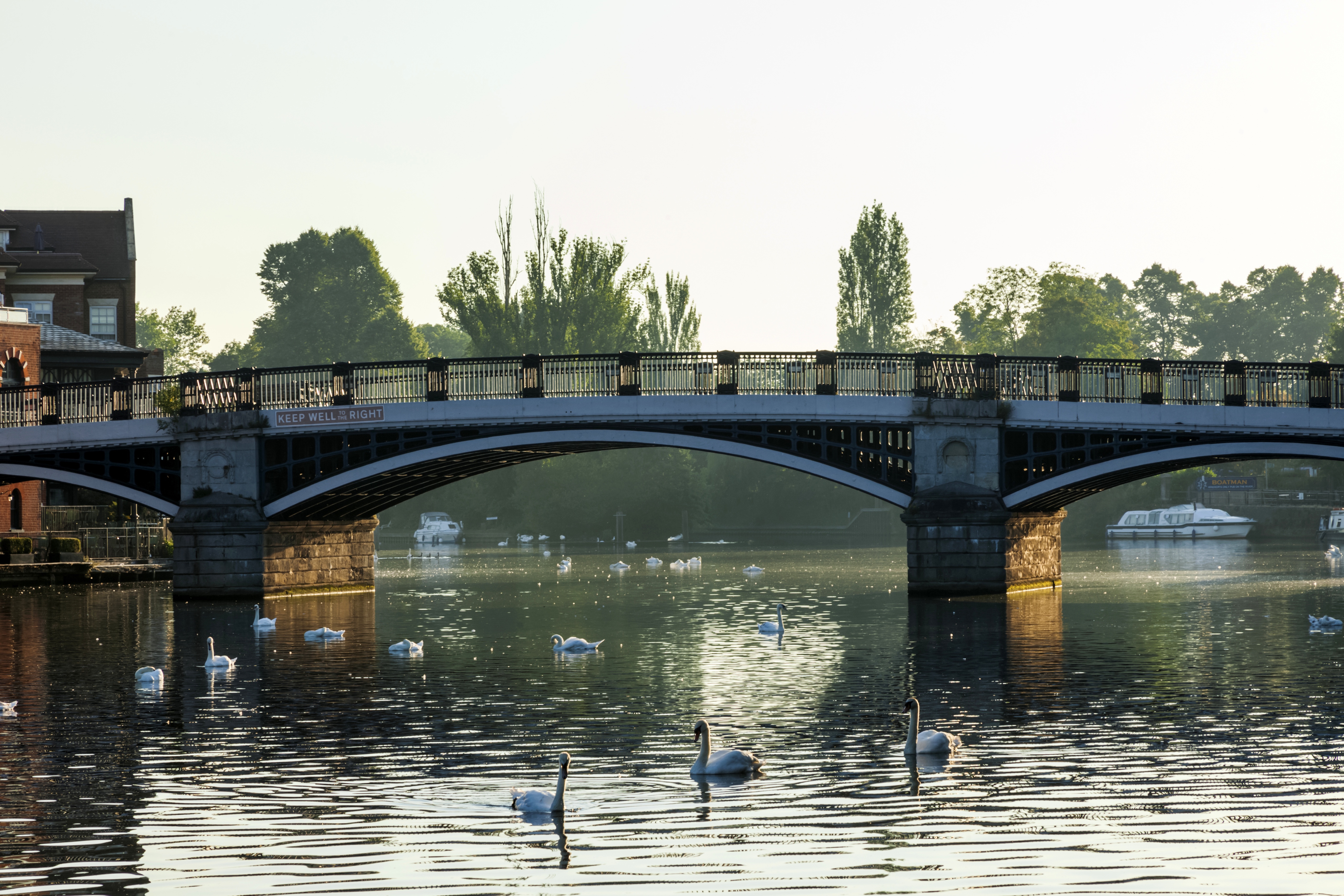 The tragedy unfolded yesterday morning on the banks of the Thames at Barry Avenue, Windsor, where visitors flock to the promenade to feed the swans.

It is understood that the road sweeper was clearing up leaves and storm debris from the tarmac covered promenade shortly after 9am when he lost control of his lorry and it veered over the edge and into the river.

It is not yet clear whether the man, who was from Wokingham, Berks., suffered a medical episode or lost control of the vehicle as it travelled at 5mph along the normally pedestrian promenade.

Police have informed his next of kin.

It later emerged that a brave boat user, who was moored alongside the bank at Barry Avenue, jumped into the river swirling river to save the road sweeper from drowning as other passers-by gathered around to help.

Fire crews and paramedics joined police in rushing to the scene to help the stricken man and to pull out the Good Samaritan who jumped in to carry out the rescue.

The man worked for Tivoli under contract for The Royal Borough of Maidenhead and Windsor Council and was on road sweeping duties.

Darren Cunningham, Chief Executive Officer, said the company was "devastated" by the tragedy. He said: "Our deepest sympathies go out to the family, friends and colleagues of the individual involved, and our priority now is providing support to them during this difficult time.”

The death is being treated as unexplained but non-suspicious and a file is being prepared for the coroner.

Thames Valley Police are appealing for witnesses to the incident. Anyone with any information should call 101.