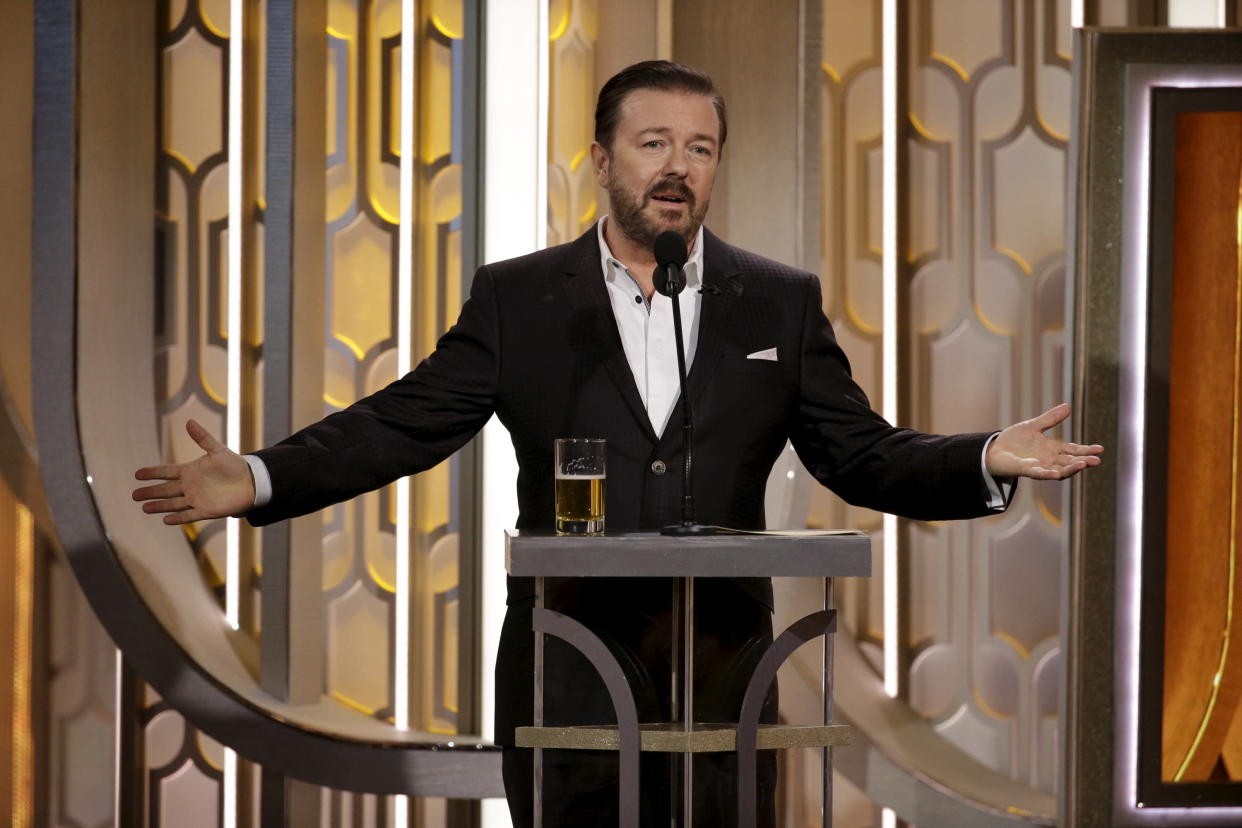 After being reduced to a Twitter thread this year, the Golden Globes are coming back in 2023. Ricky Gervais, however, will not be joining them.

The British comedian, who has hosted the awards show five times, had a strong reaction to fans on Twitter floating the possibility of him returning for a sixth time now that NBC has agreed to resume broadcasting the A-list event despite recent controversies. While no host has been announced for the Jan. 10 show, it's safe to assume from Gervais's tweet that he won't be doing the honors.

"F*** that," the Office creator, 61, tweeted in response to a fan trying to drum up support for a Gervais-hosted 2023 show. The stand-up added an emoji crying with laughter.

Gervais last hosted the ceremony in 2020. Speaking to the Guardian last year, he defended his take-no-prisoners approach to hosting.

That might be particularly true given the backlash the Hollywood Foreign Press Association (HFPA), which votes for the Golden Globes, received after reports exposing its lack of diversity and troublesome practices were made public last year. NBC declined to air the 2022 ceremony while many celebrities, including Tom Cruise and Scarlett Johansson, spoke out against the HFPA.

With the HFPA pledging to expand its membership to be more inclusive, NBC has agreed to a one-year deal in which the network and its Peacock streaming site will broadcast the 2023 Golden Globes, which will mark the 80th anniversary of the show.