Richard Pusey, the man jailed for filming four dying police officers after an Eastern Freeway crash, has had another plea hearing adjourned after a magistrate lost patience with his repeated interjections.

Pusey has completed his 10-month jail term for outraging public decency and other offences but remains in custody on unrelated charges. 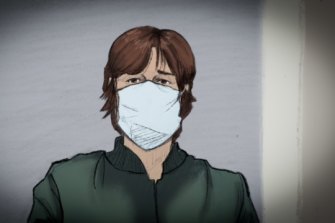 He was set to plead guilty to some of those charges on Thursday but his hearing in the Melbourne Magistrates Court was cut short when Pusey interrupted police prosecutor Meagan McDonnell to dispute part of the summary she was reading.

Pusey was to plead guilty to four counts of using a carriage service to menace a man but when Ms McDonnell told the court Pusey knew the victim, the 42-year-old called out over the video link.

“I don’t know him, he’s not a customer,” said Pusey, a property developer and mortgage broker.

Magistrate Simon Zebrowski warned Pusey not to interject after several earlier interruptions. “If you want to keep calling out, I’m just going to mute you,” Mr Zebrowski said.

When Pusey again disputed what the prosecutor was saying, the magistrate said he would not let him speak over people or interrupt the hearing.

“Adjourn it, please … I want an adjournment,” Pusey called back. 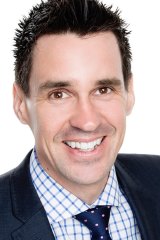 Mr Zebrowski adjourned the hearing until August 23. Pusey was remanded in custody.

His four charges of using a carriage service to menace relate to alleged contact he made with a man on August 27, 2019.

There is also one charge of criminal damage.

Police say Pusey knew the complainant worked at a bank because they had liaised previously over a credit card dispute.

Pusey also allegedly threatened the man would be held responsible for the dispute. Police say the emails left the man man fearful for his and his family’s safety.

Ms McDonnell earlier told the court that on March 26, 2019, Pusey used his car key to scratch paint off a man’s Royal Enfield motorcycle, causing damage worth $3400, after the pair pulled over in Richmond.

The rider was angry at being nearly thrown from his motorcycle when cut off by Pusey’s erratic driving in his black Porsche in Hoddle Street, Ms McDonnell said.

Pusey was last month jailed for 10 months for outraging public decency and other charges after filming the aftermath of the Eastern Freeway crash on April 22 last year, when Leading Senior Constable Lynette Taylor, Senior Constable Kevin King and constables Glen Humphris and Josh Prestney were hit by a truck and killed.

The police had pulled over Pusey for speeding in his Porsche.

County Court judge Trevor Wraight jailed Pusey for three months on the outraging public decency charge and eight months for reckless conduct endangering serious injury, related to him speeding on the freeway a month before the crash.

Pusey on Thursday cited the crash when the media applied for photographs of the damaged motorcycle in the unrelated incident.

“What’s your name, your honour?” he said.

Truck driver Mohinder Singh, who was fatigued and drug affected when he crashed into the police officers, was last month jailed for 22 years for four counts of culpable driving causing death and drug offences.

Our Morning Edition newsletter is a curated guide to the most important and interesting stories, analysis and insights. Get it delivered to your inbox.