Australian, 30, who dared a man to stab him pulled the knife out of his stomach and and stabbed attacker to death

A reveller who dared a man to stab him before pulling the 20cm knife out of his stomach and plunging it through his attacker’s heart has admitted to killing him.

Christian Hargrave-McKey, 30, was leaving the Nelson Hotel in Sydney’s Bondi Junction with a friend on December 22 last year.

The pair had gone to a nearby KFC before Hargrave-McKey spotted Mark Thomas, 60, leaving the same pub.

The two men exchanged words on the footpath of Oxford Street before Mr Thomas put his bag down on the ground and a scuffle ensued.

Hargrave-McKey’s friend became involved in the pushing and shoving.

The friend’s girlfriend tried to stop the fight by standing between Mr Thomas and Hargrave-McKey. 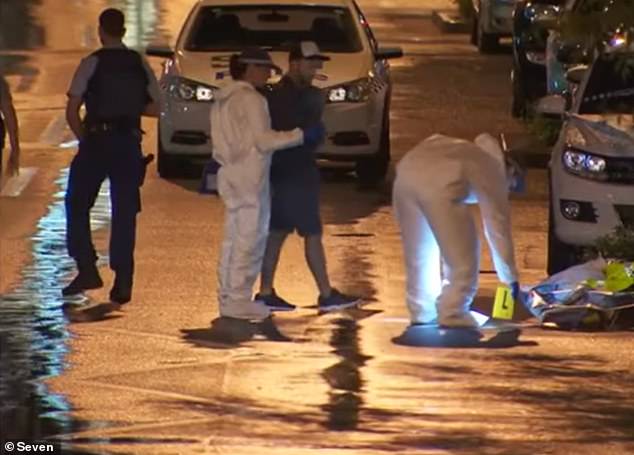 A reveller who dared a man to stab him before pulling the 20cm knife out of his stomach and plunging it through his attacker’s heart has admitted to killing him. Forensic police are pictured at the scene in Sydney’s Bondi Junction

Mr Thomas then pulled the 20cm knife from his bag and acted out stabbing motions toward Hargrave-McKey, who was standing about a metre away.

Hargrave-McKey later admitted told police: ‘I can’t believe this happened. I remember him with the knife and I said “go on, f***ing stab me then”.’

Mr Thomas then moved closer and stabbed Hargrave-McKey’s abdomen, leaving the blade in his body.

Hargrave-McKey pulled the knife out from his stomach and stabbed Mr Thomas 11 times in his chest and back.

Paramedics tried to revive him, but the 60-year-old died at 8.29pm, less than 15 minutes after he first stabbed Hargrave-McKey.

Police and paramedics found Hargrave-McKey lying in a nearby garden bed.

He was taken to hospital and had his gall bladder removed, with social workers saying they were preparing for him to die.

When speaking with police in hospital five days after the stabbing, he said: ‘I’m so disappointed in myself. I just found out what I did. I’m so sorry. That poor bloke.’

Hargrave-McKey pleaded guilty to manslaughter on the basis that he was provoked, in Central Local Court on Tuesday.

A murder charge was withdrawn.

He will appear in the District Court on November 8. 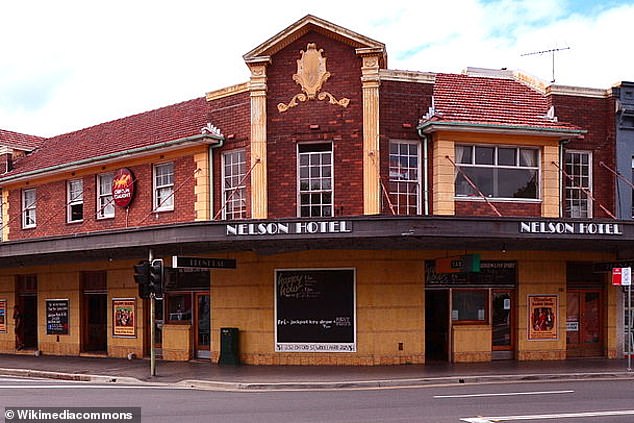 Mark Thomas, 60, was stabbed to death by Christian Hargrave-McKey, 30, after they separately left the Nelson Hotel in Bondi Junction last December