A reporter investigating voter fraud who had his arm broken by Russian police so viciously that witnesses could hear it snap could face jail after being charged with disobeying an officer.

David Frenkel, a journalist for Mediazona news, was detained by two police officers at a polling station in St Petersburg during a nationwide reform vote last month, where he said he had gone to check for possible voting violations.

As an officer pinned his arm back, Frenkel screamed in pain and a crack could be heard in footage of the incident before he yells: ‘Someone call an ambulance!’

He underwent surgery for a broken arm afterwards.

The reporter has pressed for state investigators to open a criminal case, alleging counts of abuse of authority and the obstruction of a journalist’s work, according to Mediazona. 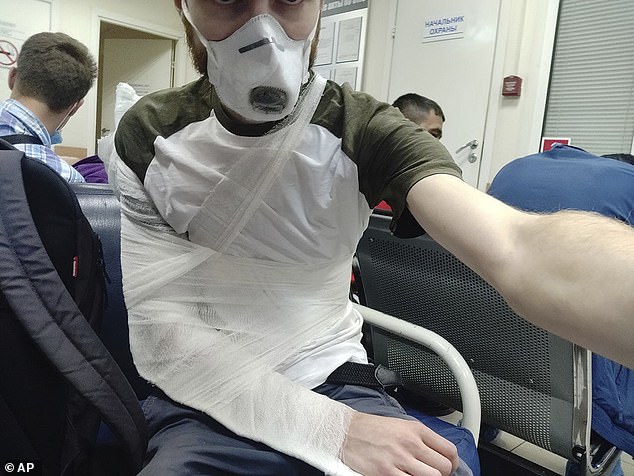 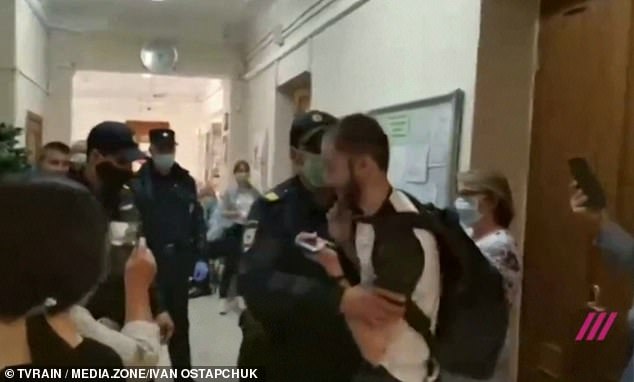 In incredible footage, the reporter can be seen remonstrating with police officers at the polling station 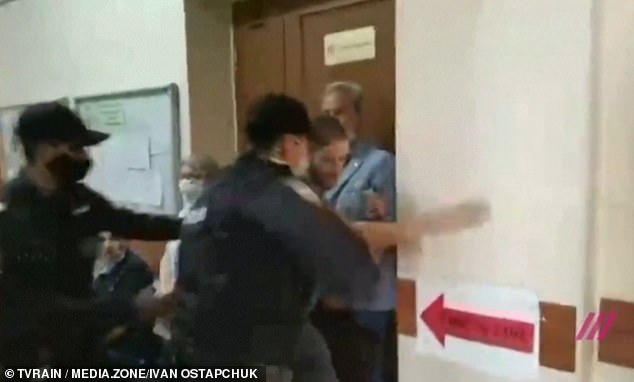 The footage went on to show him being ushered away by paramedics with his arm in a sling, and he then posted a selfie on his social media channel highlighting the injury.

A man in a blue shirt seen in the initial clip, and later identified by local media as a former city lawmaker from the ruling United Russia party, approached Frenkel and grabbed his injured arm, calling him a ‘faker’, Radio Free Europe Radio Liberty (RFE/RL) reports.

He later told Mediazona that Frenkel ‘broke his arm himself by striking it against the door handle’.

However, the reporter told RFE/RL: ‘After I had fallen and I had shouted for someone to call an ambulance, I was on the floor holding my broken arm when he walked up to me and said that I was an ‘artist’ and a ‘faker’ or something like that. 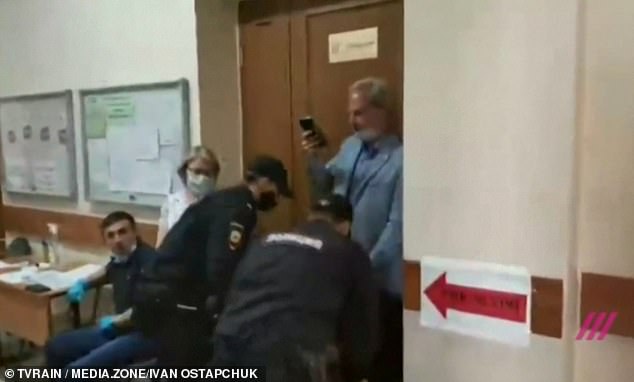 As an officer pins his arm back, Frenkel falls to the ground, screams in pain and a crack could be heard 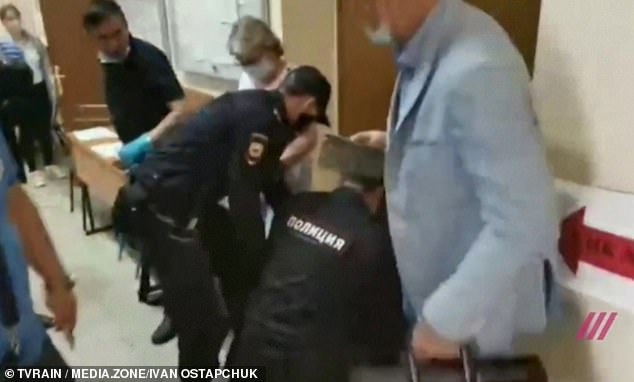 The reporter has pressed for state investigators to open a criminal case, alleging counts of abuse of authority and the obstruction of a journalist’s work

‘Then he pulled me by the broken arm. It really hurt and again I heard it snap. I was out of my mind with pain and he simply laughed and walked away.’

Today, a St Petersburg court said Frenkel himself had been charged with disobeying the police, interfering in the work of the election commission and violating coronavirus safety precautions.

The charges will be heard in court on Monday, a court spokeswoman said.

Police have said Frenkel’s detention was legal and that the officers were helping election officials remove an individual who was interfering with their work.