LONDON (Reuters) – Activist investor Edward Bramson lost his battle for a seat on the board at Barclays after shareholders voted against his bid to overhaul the under-fire investment bank from within. 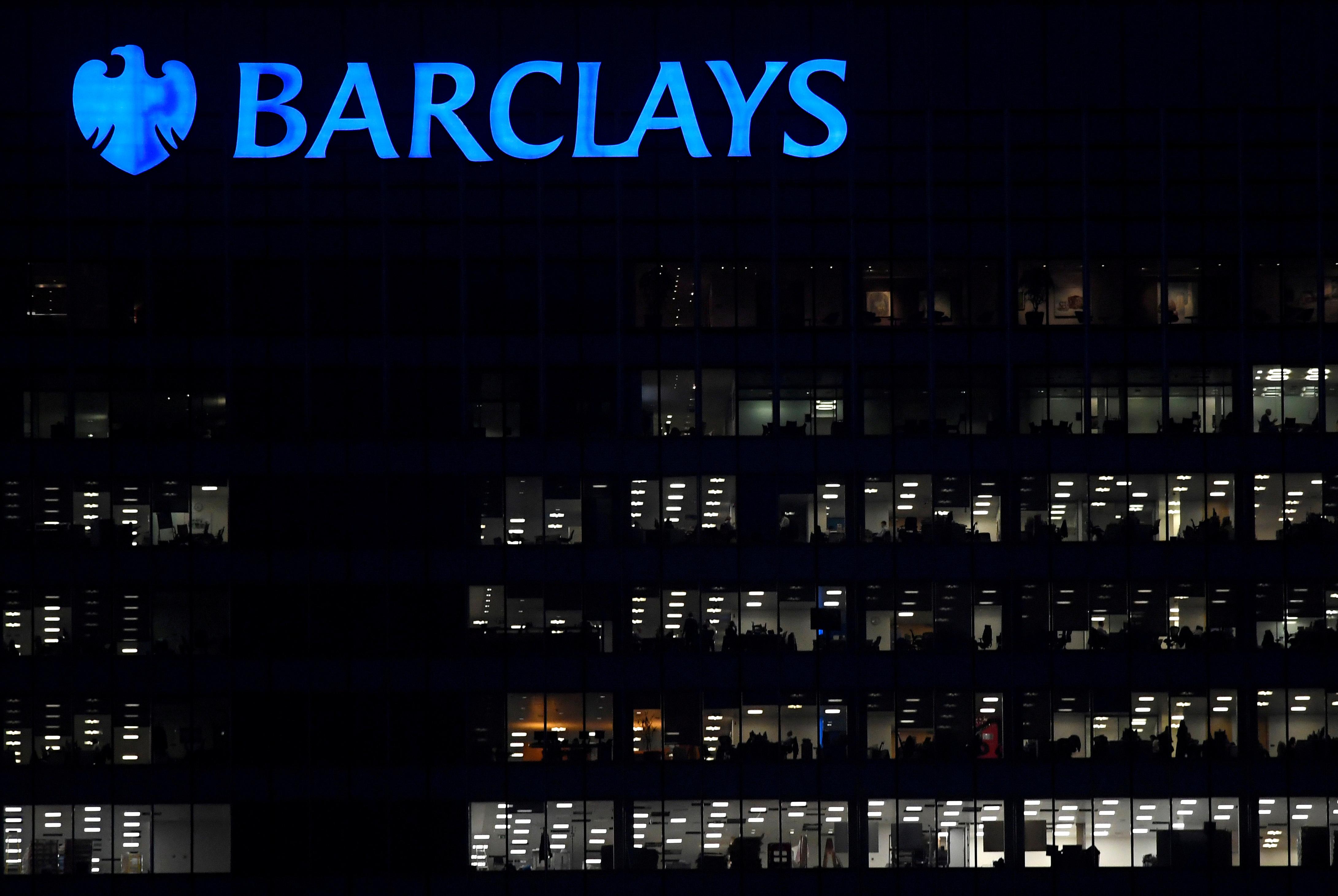 Speaking to reporters on the sidelines of the lender’s annual meeting on Thursday, the activist said fellow investors had been swayed by personal appeals from Barclays’ incoming Chairman Nigel Higgins for the opportunity to resolve the investment bank’s long-standing problems.

Bramson said his investment fund Sherborne Investors disagreed with giving the bank more time, arguing that he had seen little change at Barclays before the last six weeks, following the surprise exit of investment bank boss Tim Throsby in March.

New York-based Bramson has been sparring with Barclays for more than a year over his plans to shrink the lender’s investment bank to improve its lackluster returns.

But only 12.8 percent of votes cast voted in favor of Bramson’s resolution, equal to 3.9 percent of the bank’s shareholders, excluding the Sherborne stake.

The result indicates broader confidence in Chief Executive Jes Staley’s plan to boost the bank’s fortunes by prioritizing growth in the investment bank.

Staley’s strategy has included a costly hiring spree of rainmakers and a diversion of capital from Barclays’ retail arm towards higher risk lending and trading activity.

Bramson said there was “an option” to keep Barclays’ investment bank but only if it could become a worthwhile asset for investors.

Shares in the lender, which have fallen more than 20 percent in the past year — more than double the losses suffered by rivals including Royal Bank of Scotland, Lloyds Banking Group and HSBC — were trading 0.8 percent higher by 1430 GMT.

One institutional investor, who voted in favor of Bramson’s resolution, warned Barclays against celebrating his defeat too soon, particularly in view of first quarter figures which showed a drop in investment banking business returns to 9.5 percent from 13.2 percent a year ago.

“Defeat looked inevitable but he is in for the long haul. Given the price of Sherborne, he has to keep going,” referring to the fund’s 2018 net asset value, down to 468.7 million pounds from 695.9 million pounds in 2017.

“We’ve had a full 12 months of clean and respectable profits, producing earnings per share of 20 pence. When I joined, we were loss-making and dividends were paid from reserves. We’ve firmly drawn a line on the past,” McFarlane said.

But not everyone was convinced.

“I never expected to be standing here with a share price so badly kicked in,” said a second shareholder, who did not give their name.

Barclays was also targeted by a group of climate change protesters, calling for an end to its financing of fossil fuel projects, both inside and outside the venue.

Around 15-20 campaigners from groups including student activist network People & Planet gathered outside the meeting. Some waved banners reading ‘Fossil Banks-No Thanks’, days after environmental group Extinction Rebellion paralyzed parts of the British capital in protests against the impact of climate change. 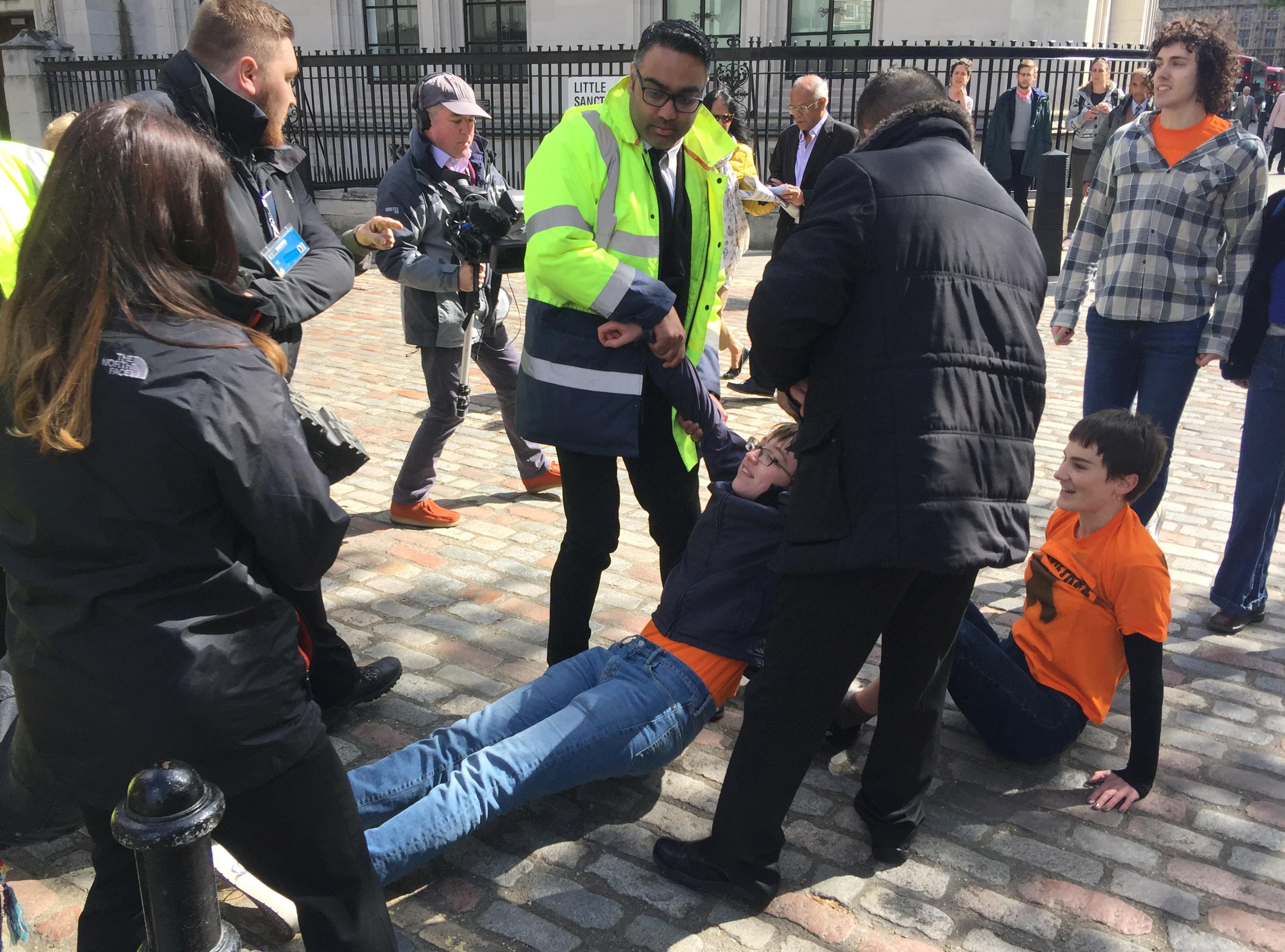 Several protesters were dragged away from the QEII conference center in Westminster by police and security staff, while seven or eight students who had gained entry to the auditorium disrupted Staley’s announcement of a new climate change policy.

“Tell the truth,” the protesters demanded, before being escorted out of the room.

Barclays provided the most financing among European banks for fossil fuel-related projects in 2018 and the sixth highest among lenders worldwide, according to a report by campaigning organization BankTrack.