Looks like President Donald Trump may have to wait for that Nobel Peace Prize he has been hoping for. As The Washington Post reports:

"'I feel it is inappropriate, at this time, to have this long-planned meeting,' Trump said to Kim in a letter released by the White House on Thursday morning." 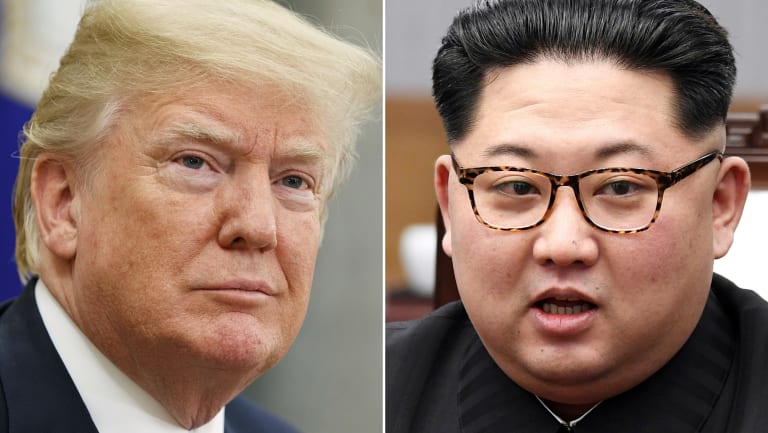 Trump has pulled out of the summit with Kim, which was planned for June 12 in Singapore.

This is what we call "cutting your losses." We've had reports in recent days that Trump was having second thoughts about the summit after learning, to his shock and dismay, that the North Koreans were not eager to simply give up all their nuclear weapons right away. So it appears that after a couple of weeks in which he and his administration seemed to be trying everything they could think of to sabotage any chance for an agreement, Trump decided that canceling the summit now was preferable to holding the summit and coming away with nothing after raising expectations so extraordinarily high.

Nevertheless, this is still a monumental faceplant on Trump's part. He's the one who agreed to this summit on a whim, partly because no president before him had done it, and partly because he believes his powers as a negotiator are so overwhelming that he could come away with a fantastic deal that would get him praise from everyone and maybe even that Nobel Prize that "everyone thinks" he deserves, or so he believes. 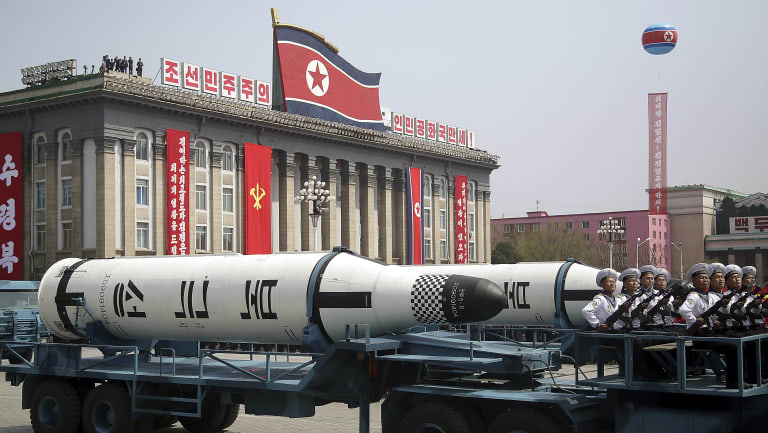 Once you understand how Kim sees his nuclear weapons, you realize a couple of things.

Once you understand how Kim sees his nuclear weapons, you realize a couple of things. First, you're going to have to offer some pretty fantastic incentives to get him to give up those weapons. Second, the negotiations have to proceed with care, because he won't give them up unless he feels safe and reassured.

But instead of trying to make Kim feel safe and reassured, the Trump administration did exactly the opposite. They offered threats and bluster, which were bound to have the effect of convincing Kim that we want to overthrow him and he needs his nuclear weapons now more than ever.

National security adviser John Bolton said "the Libya model" is the one we should follow with North Korea. On the surface, he was talking about the deal made with Moammar Gaddafi in 2003 to give up his nuclear weapons program in exchange for economic assistance. But as Bolton knew full well, North Korean officials regularly bring up Gaddafi's experience, as well as that of Saddam Hussein, as the reason they should never give up their nuclear weapons. Gaddafi and Hussein gave up the quest for nuclear weapons and were later deposed and killed. Many speculated that Bolton, who has been eager for a military strike on North Korea, made this incredibly provocative statement in an attempt to spur the North Koreans to abandon negotiation.

Once someone explained all that to Trump, he publicly said that we wouldn't be pursuing the "Libya model," though in his statement he appeared to think the Libya model referred only to the US role in Gaddafi's ouster. ("In Libya, we decimated that country. That country was decimated.") But in trying to clarify Bolton's remarks, Trump only repeated the threat to depose and kill Kim, saying that Libya's experience shows "what will take place if we don't make a deal." 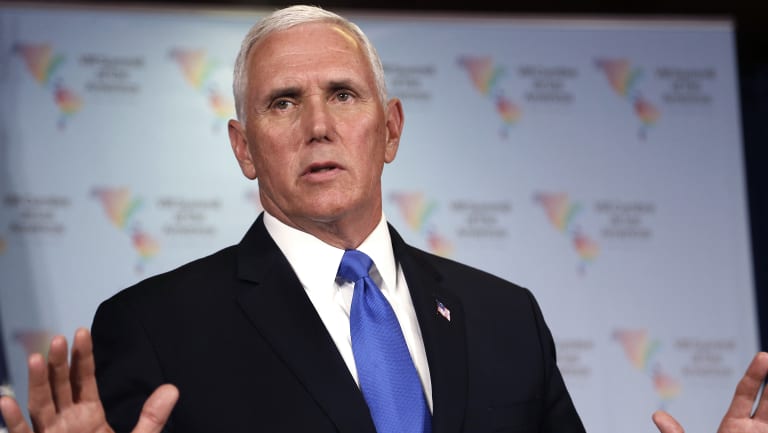 In an interview with Fox News on Tuesday, Vice President Mike Pence again repeated the threat that the United States would depose and kill Kim if an agreement were not reached. "You know, there were some talk about the Libya model last week. And you know, as the president made clear, you know, this will only end like the Libya Model ended if Kim Jong Un doesn't make a deal," he said. "Some people saw that as a threat," said the interviewer. "I think it's more of a fact," Pence replied.

Secretary of State Mike Pompeo told Congress yesterday, "We have made zero concessions to Chairman Kim to date, and we have no intention of doing so."

So what does this all add up to? Kim Jong Un already believes that as formidable as his conventional deterrent might be (all that artillery aimed at Seoul), the fact that he has nuclear weapons and the means to deliver them all the way to the US mainland are the most important deterrents against an effort by the United States to depose him. Instead of trying to convince him that we aren't interested in removing him and he should feel secure enough to give up those weapons, the Trump administration has done exactly the opposite: worked to make him feel more threatened and less secure.

That's on top of the fact that Trump just pulled out of the Iran nuclear agreement, in which that country curtailed its nuclear program and allowed in international inspectors, only to see this president say that it wasn't good enough and renege on the deal. If you were Kim, would you trust the United States right now?

That's what Trump just can't seem to wrap his head around. Even if we're the most powerful country on Earth, if we want Kim to give up his nukes, he's going to have to trust us. And Trump is doing everything possible to make that impossible.

Finally, we should say that there can certainly be an agreement without a summit between the two leaders; there have been agreements with North Korea before without such a meeting. In fact, that might be better, because if you put Trump in a room with Kim, there's no telling what he might say, do or give away. So today's development doesn't mean there's no more chance that we might get North Korea to denuclearise. It might still be salvageable.

But if there's a way to screw up that effort, you can be sure Donald Trump is going to find it.