A TRAUMATISED woman claims she was "thrown around like a rag doll" by a fuming hippo before it "ripped" her cousin's intensines open at a petting farm.

Natasha Vrany, from Alberton, South Africa claims a raging hippo charged out of the river at Jessica's Place in Hoedspruit, Limpopo, and pushed her to the ground. 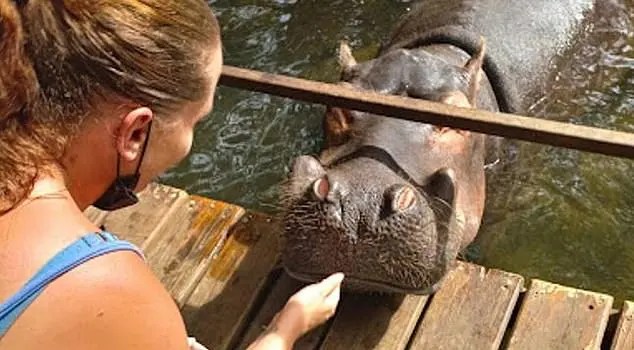 According to the 39-year-old, her cousin Belinda Newman, 62, then had her stomach ripped open by the enraged beast – a nine-year-old called Richie – as she tried to help.

“All of a sudden, Richie came dashing out of the river. My back was facing the river, but I heard the stamping on the ground,"she told IOL.

"As I got on my feet, Richie pushed me down to the ground and proceeded to bite both my legs and throw me around like a rag doll.

"He had both legs in his mouth, biting harder with every second."

Natasha claims Richie then carried her towards the river as she screamed for help as Tony Joubert – who runs the world-famous park with wife Shirley – reportedly tried slapping him to get him off.

Belinda, Natasha says, then jumped on Richie's back to try and free her cousin.

"He then turned on Belinda, pushing her to the ground, and started ripping her stomach to pieces," Natasha said.

Natasha says she then ran into the house to ask Mrs Joubert to bring a rifle, but passed out when she reached the kitchen.

She claims when she awoke, her cousin was standing over her "holding her intestines in her hand to try and get them to stay inside".

The pair were then rushed to hospital, with Natasha branding it the "most traumatic experience" of her "entire life".

Richie is one of two hippos who live on the reserve after being rescued by the Jouberts. The park is also home to 21-year-old hippo Jessica.

But Mr Joubert denies the incident on November 12 happened on their premises – instead claiming he helped the women as they were attacked by a wild hippo.

He told the outlet: "I managed to hit him above the eye, where there is soft bone, and he dropped her, I saved her life while putting my own life at risk."

Mr Joubert insists his hippos were not involved in the incident.

Richie was rescued by the Jouberts in 2012. He was only a few hours old when he was found by Mr Joubert after a bad storm.

The park ranger was unable to find Richie's mother, and so took him back to the reserve to be with Jessica – who the couple rescued as a baby in March 2000 after severe floods left her orphaned.

She has since become famous, having had a documentary made about her on Animal Planet as well as appearance on I'm A Celebrity… Get Me Out of Here! Australia and BBC News. 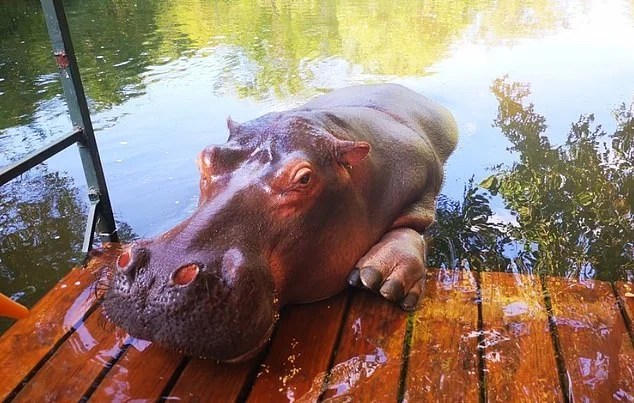