Watership showdown! Squealing rabbit fights for its life as it is dragged across road in stoat’s jaws – before having a lucky escape

This is the moment a rabbit escapes the jaws of death after it is dragged across a road by a stoat.

In footage recorded last week by Emma Killicoat, 33, the rabbit can be heard squealing as it is carried by its neck in Ellon, Aberdeenshire, Scotland.

The stoat appears to stumble over the kerb as it reaches the other side of the road, giving the rabbit the chance to break free. 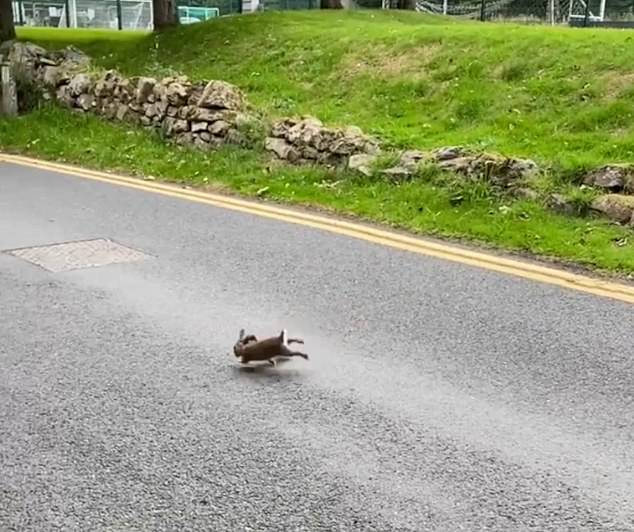 A video recorded in Ellon, Aberdeenshire, shows a rabbit being dragged by its neck in the jaws of a stoat 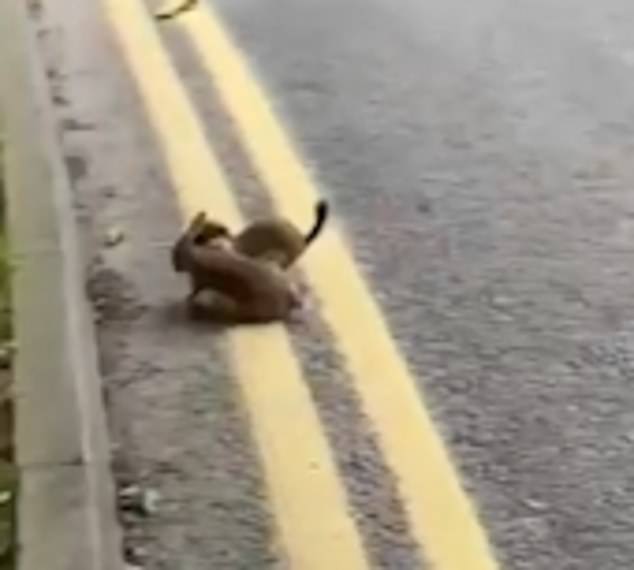 The stoat, despite being much smaller, drags the bunny to the other side of the busy road 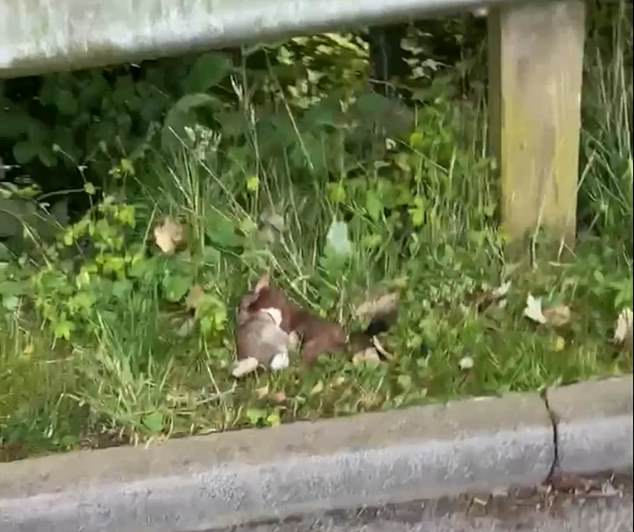 The stoat can be seen appearing to trip over the kerb, giving the rabbit a split second to escape 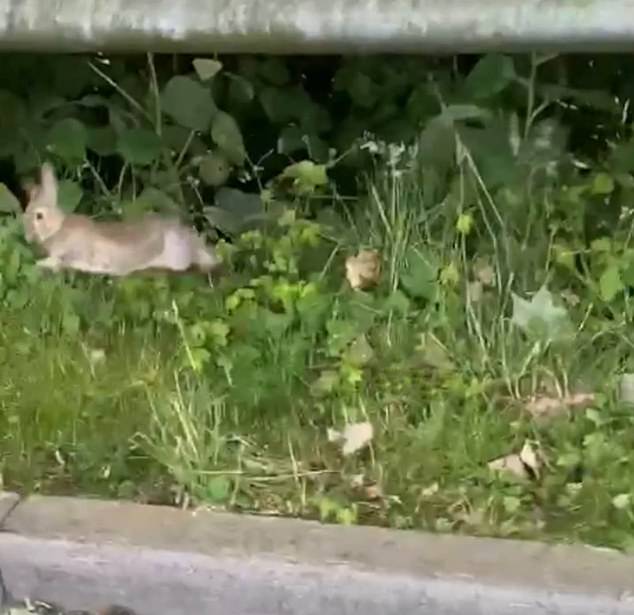 They are both seen sprinting off in different directions.

According to the Woodland Trust, rabbits are a stoat’s favoured prey, even though they can be more than five times their size.

Ms Killicoat posted the video on Facebook on Saturday and footage has been hailed as ‘amazing’.

Another said: ‘Holy hell. That’s a crazy video’, while one replied: ‘I hate hearing rabbits squeal. Amazing video though.’

Speaking on Monday, Ms Killicoat, of Ellon, said: ‘I was out walking along Meadows Way in Ellon near the River Ythan.

‘I heard the noise first and saw them run across in front of me before going over the wall.

‘That’s when I began the video.

‘Initially I thought it was a squirrel and a rabbit chasing each other then realised it was something quite different. 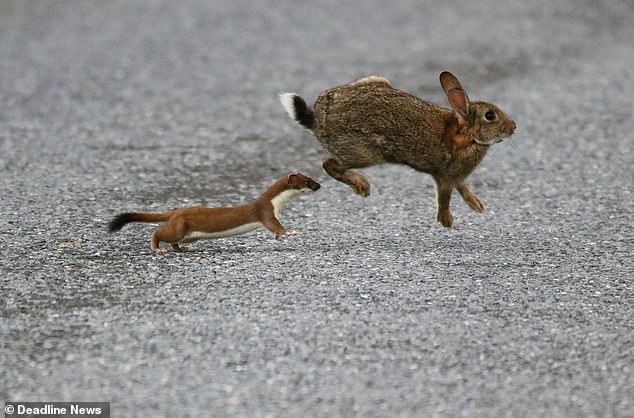 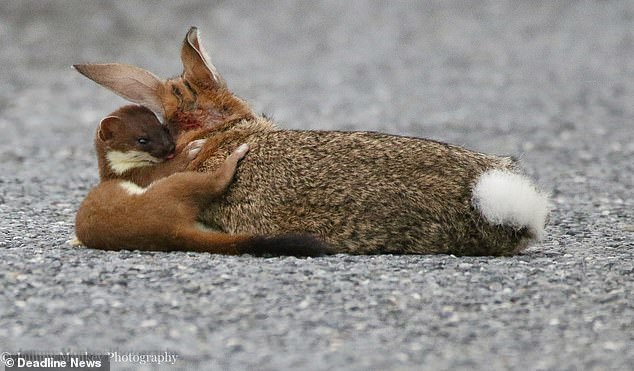 ‘I realised it was something quite unique and naturally thought I should film it to try and find out what it was.’

Stoats are known to ‘dance’ in a bid to mesmerise rabbits.

They have been observed leaping and thrashing around in a motion that appears to hypnotise their prey.

They can hunt rabbits much larger than themselves by providing a fatal bite to the base their skulls.

What is a stoat? How ferocious predator can hunt rabbits much larger than itself

The stoat is a small Mustelid, so is related to the weasel and otter.

They are largely carnivorous and their primary source of food is the rabbit.

It has an orange body, and black-tipped tail, and is typically around 12 inches long.

Its habitat is grassland, heaths and woodlands across the UK.

It cam easily kill an adult rabbit with a bite to the base of the skull.