R Kelly’s future is now in the hands of seven men and five women, as jurors began deliberations after weeks of testimony in his sex abuse trial in New York.

Prosecutors and defence lawyers finished their closing arguments this week, and now the 12-strong jury will begin deliberating on racketeering and sex trafficking charges brought against the R&B star. The 54-year-old singer is accused of running a Chicago-based trafficking ring that recruited his accusers for unwanted sex and mental torment.

He is also charged with multiple violations of the Mann Act, which makes it illegal to transport anyone across state lines “for any immoral purpose”.

Witnesses said Kelly subjected them to perverse and sadistic whims when they were underage, believing “the music, the fame and the celebrity meant he could do whatever he wanted”, assistant US attorney Nadia Shihata said.

The prosecution claimed he gave a 17-year-old girl herpes on purpose, and would subject his victims to degrading rules, like making them call him “Daddy” or recording them having sex as a means to control them.

The singer, whose full name is Robert Sylvester Kelly, has denied any wrongdoing and his defence team have painted him as a victim of false accusations. 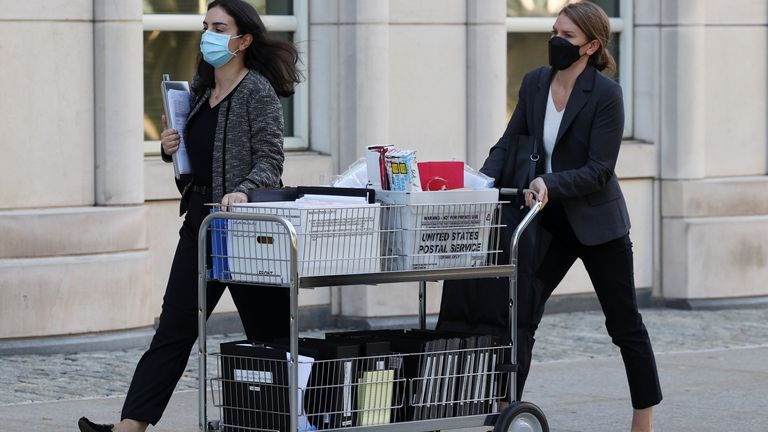 In his closing speech, defence attorney Deveraux Cannick told the jury that testimony by several accusers was full of lies, and that “the government let them lie”.

“He gave them a lavish lifestyle,” he said. “That’s not what a predator is supposed to do.”