Peck on the cheek as King Charles greets rapturous well-wishers

King Charles III has been warmly received by mourners and well-wishers gathered outside the gates of Buckingham Palace, accepting a long-stemmed red rose and even a kiss on the cheek.

The King arrived in London after lunchtime, following the Queen’s death at Balmoral on Thursday.

The royal convoy drove up the mall where some well-wishers were gathered. 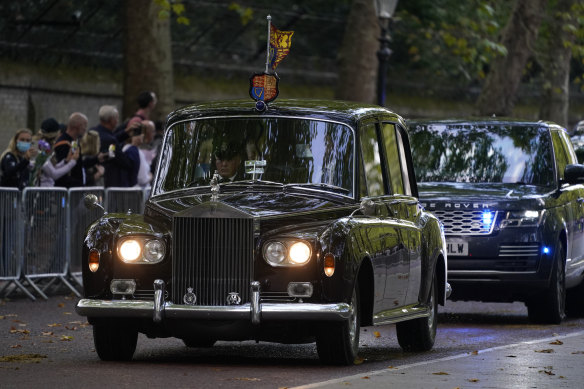 But it was outside the gates where the largest crowds were gathered hoping to glimpse the King.

They ended up experiencing a whole lot more than just a sight. As his convoy appeared the crowd began cheering and chanting ‘God save the King’. 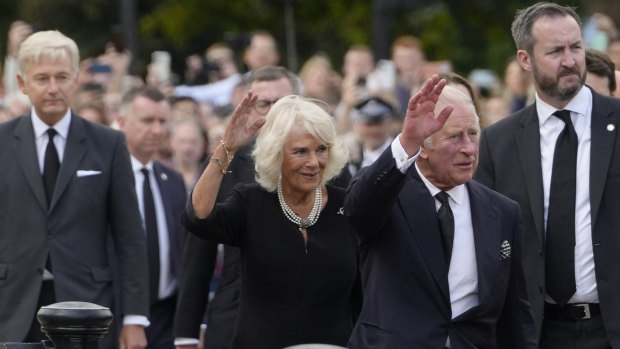 King Charles III and Camilla, the Queen Consort, wave as they arrive at Buckingham Palace in London.Credit:AP

Camilla, Queen Consort, then got out of the car first, followed by the new monarch.

Charles then headed straight to the crowds to shake hands with scores of members of the public who clamoured to speak to him and exchange a handshake. 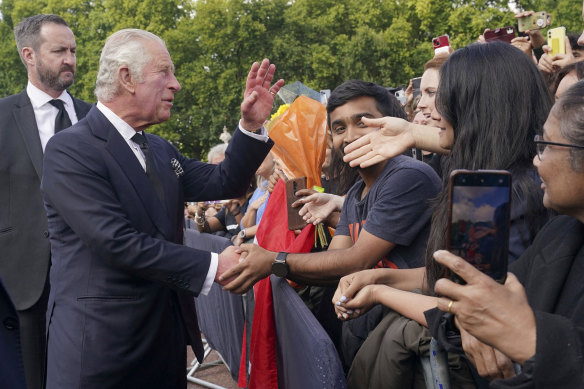 The frequent cry of “God save the King” could be heard.

Some also told him that they loved him.

“We love you King Charles,” one said. 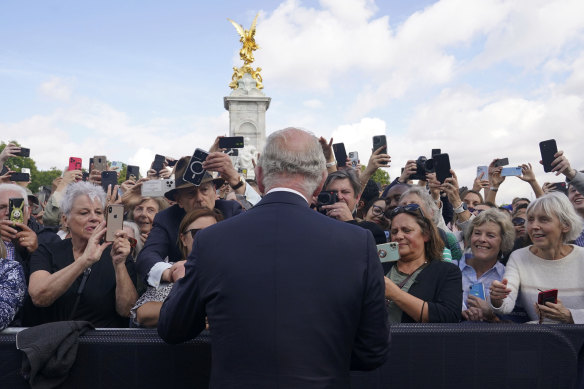 King Charles III, back to camera, greets well-wishers as he walks by the gates of Buckingham Palace. Credit:PA

Some broke out into song, singing the national anthem: “God save the King” and there were several rounds of “hip, hip, hooray”. 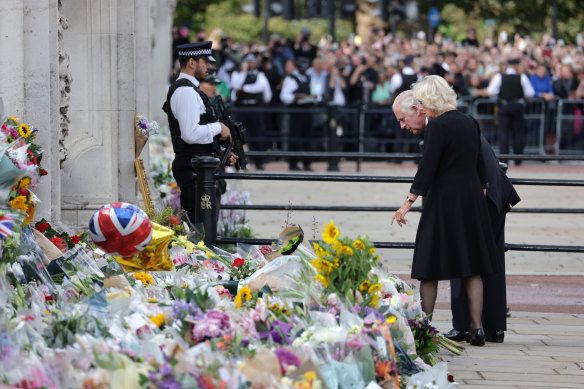 The pair inspected some of the many flowers and cards laid out at the gates before entering Buckingham Palace on foot, for the first time as King and Queen consort.

The front pages of our commemorative editions

And don’t forget to pick up a copy of today’s special commemorative editions of the paper.

The front pages are here courtesy of editors Bevan Shields and Gay Alcorn.

The Queen is dead, long live the King

Hello, it’s Latika Bourke in London taking you through the unfolding developments as Britain welcomes its new monarch, King Charles III, following the death of Queen Elizabeth II on Thursday.

The death of the 96-year-old at Balmoral triggered the immediate accession of the UK’s oldest-ever heir apparent to the throne.

The Queen died at Balmoral Castle and tributes have flowed, both here in Britain and around the world.

You can recap how those momentous events unfolded via our Thursday and Friday (AEST) live coverage: The Queen’s death updates: Queen Elizabeth II dies aged 96