The Queen used a walking stick for support today as she arrived for a service of thanksgiving to mark the centenary of the Royal British Legion at Westminster Abbey.

The 95-year-old monarch, who is the patron of the armed forces charity, was accompanied by her daughter Princess Anne as she stepped out of a car in London in the autumn sunshine this morning.

The Queen is rarely seen with a walking stick, although she has previously been photographed using one on a few occasions including in 2003 after she had an operation on her knee.

Today, she was said to have been using the stick ‘for comfort’ – and while no specific medical reason was given, the entrance to the Abbey could have influenced her decision because it is cobbled and uneven.

The service aimed to highlight the organisation’s legacy built over the last century and its ongoing work supporting and commemorating those from the UK and Commonwealth communities in the armed forces.

The Queen and Anne joined a congregation representing those the charity supports, including serving members of the Armed Forces, veterans, and their families. 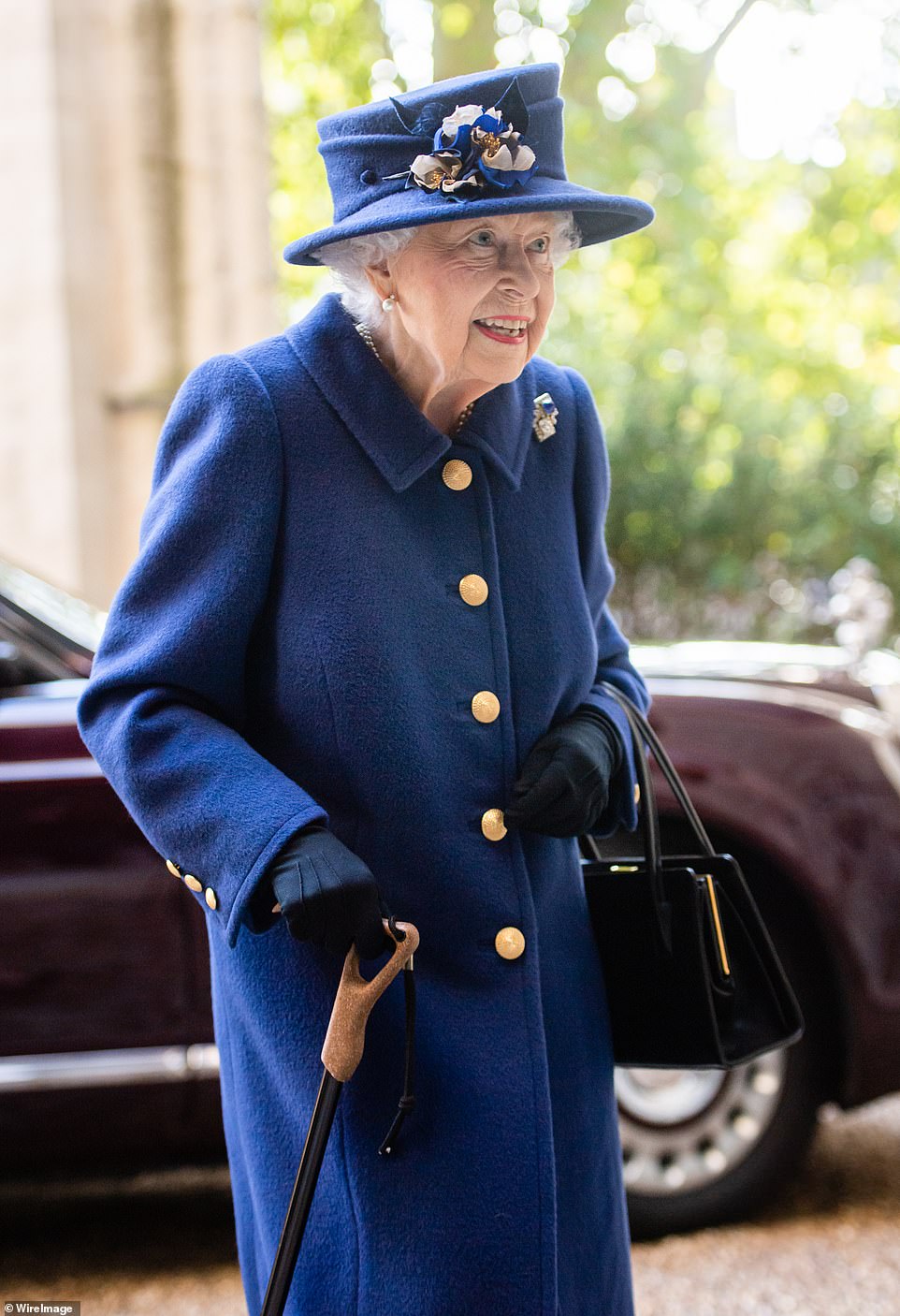 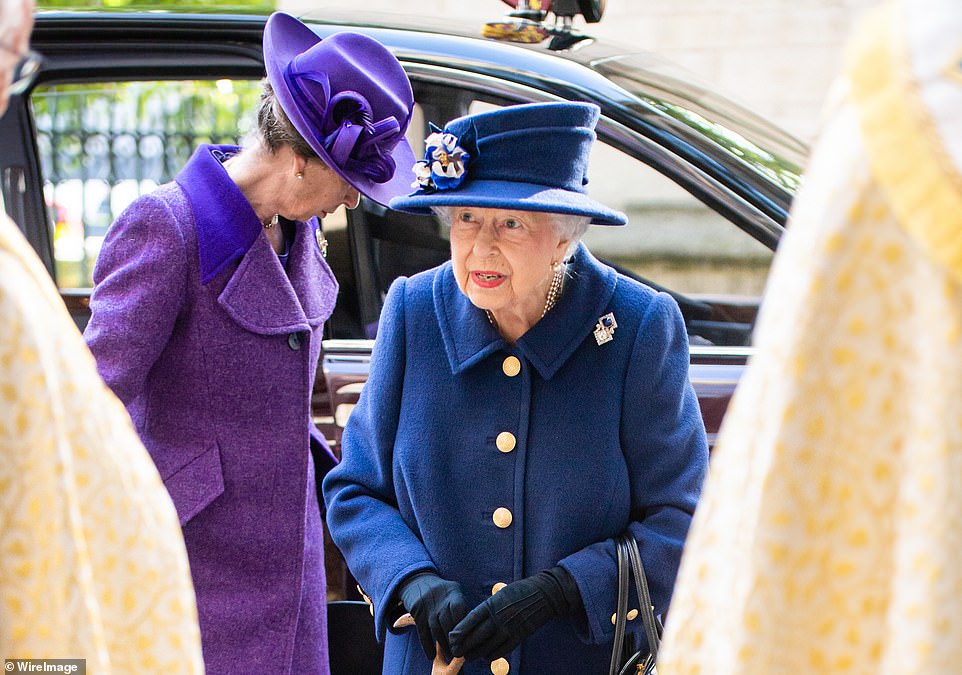 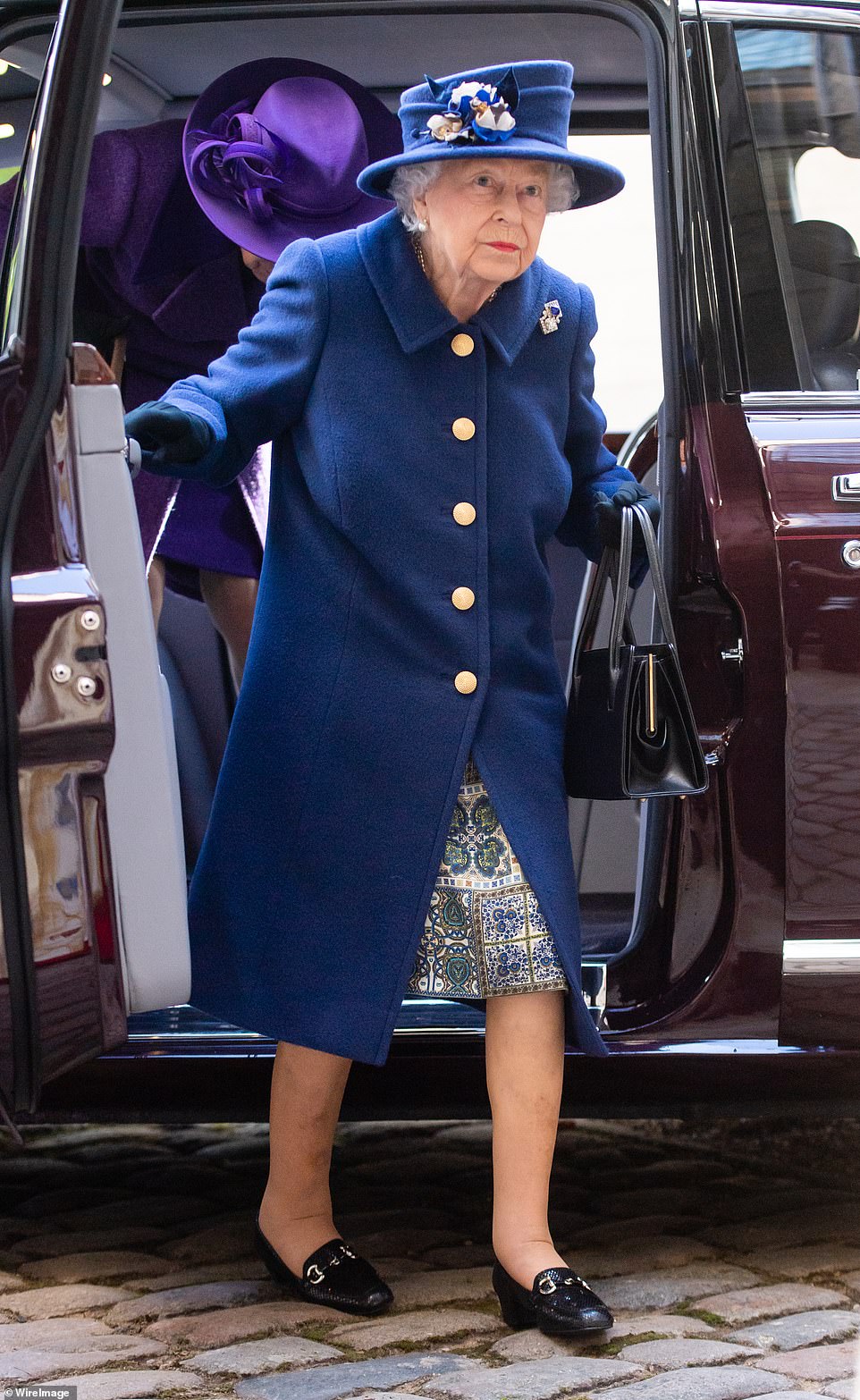 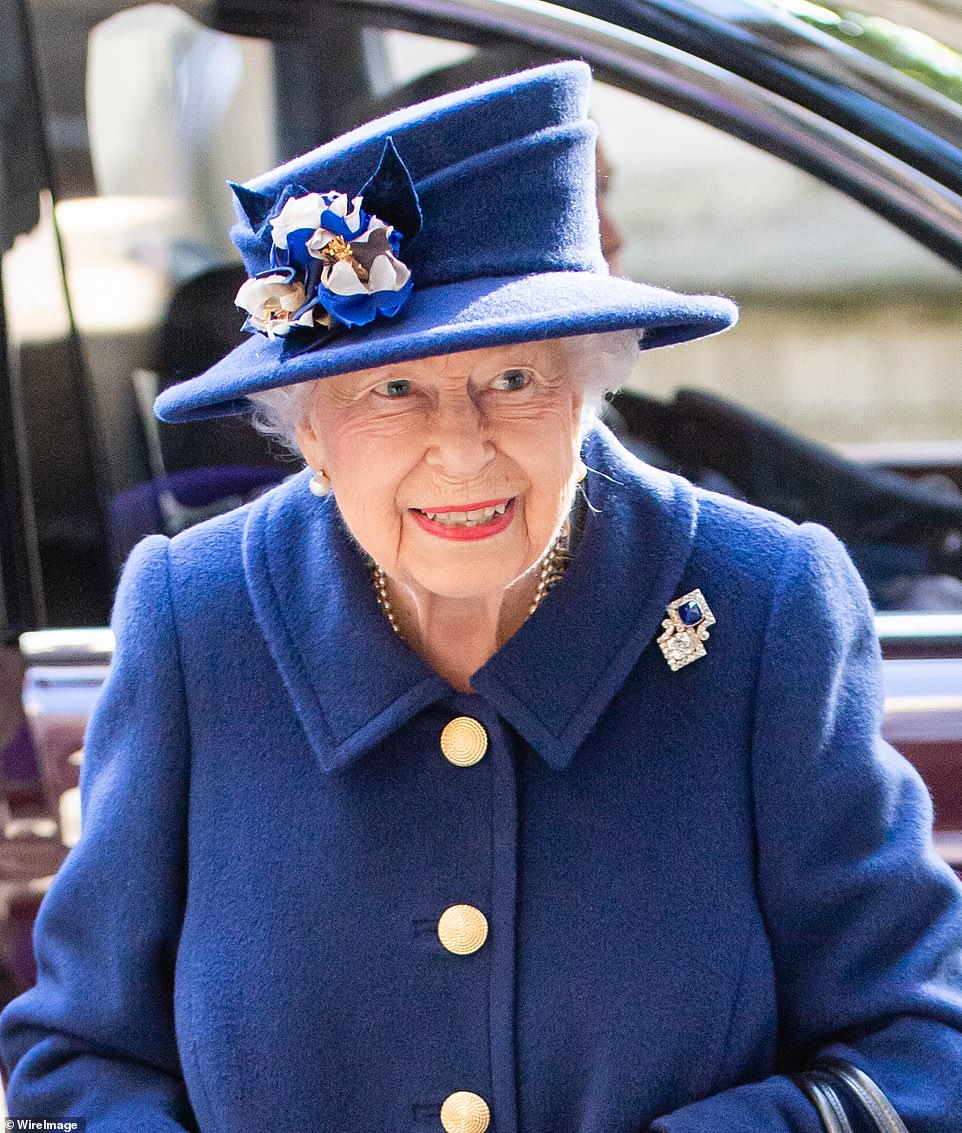 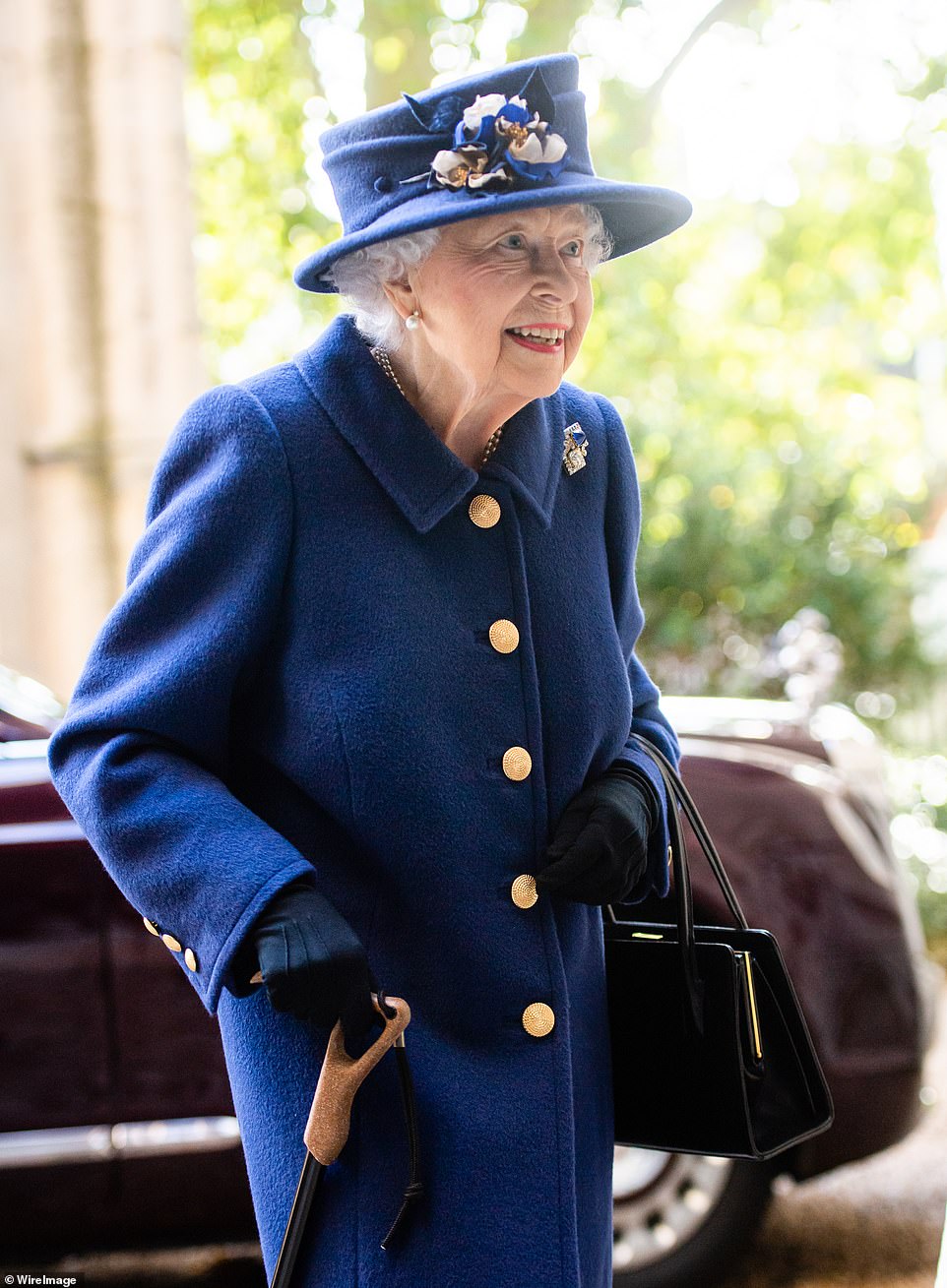 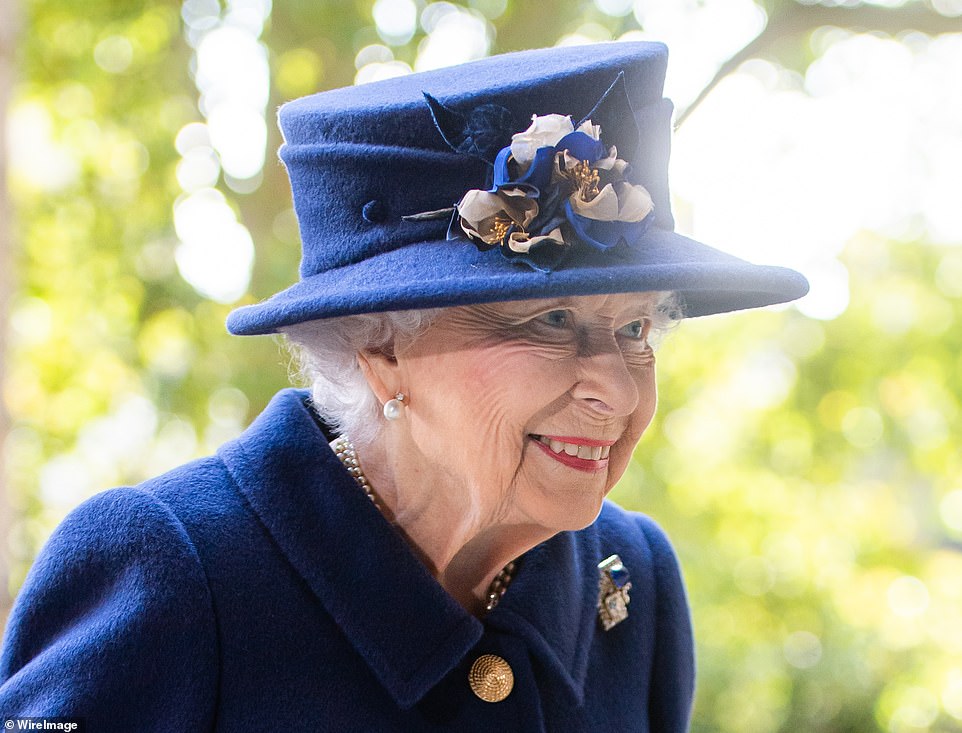 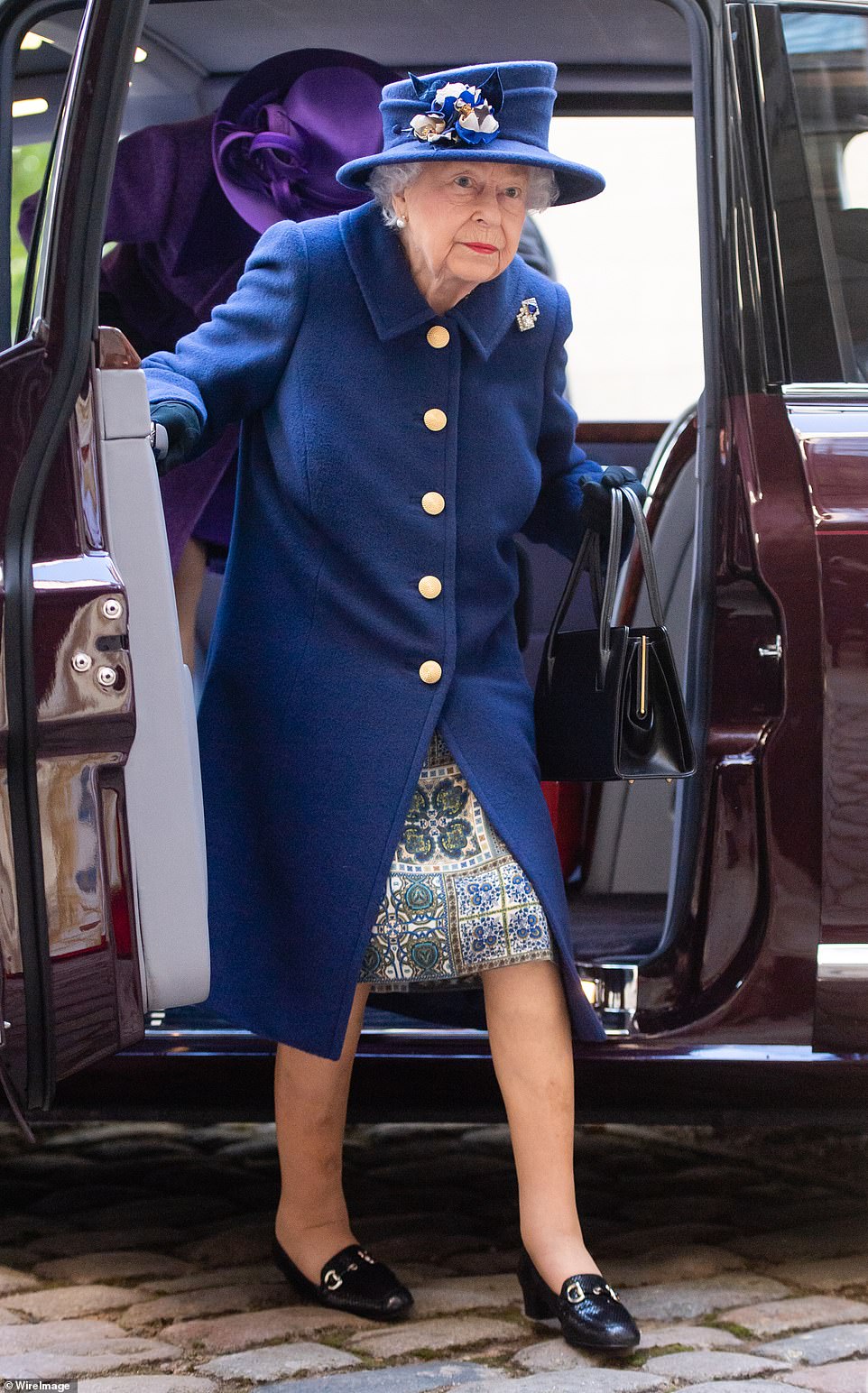 Also in attendance were members of the charity, supporters, staff and volunteers, as well as representatives from a range of community and partner organisations and government.

During the service, led by The Very Reverend Dr David Hoyle, Dean of Westminster, Anne gave a reading and the charity’s national president led the Act of Rededication, reaffirming its commitment to its work and service.

The Duke of Cambridge is to appear on a special edition of BBC Newscast to discuss climate change.

William was pictured being interviewed by Newscast’s Adam Fleming at Kensington Palace, in the run up to the inaugural Earthshot Prize award ceremony this Sunday.

The 30-minute one-to-one conversation will be broadcast on TV and as a podcast on Thursday.

The duke, smiling broadly, looked relaxed in a blue open-necked shirt as he sat in an antique-style armchair, holding a card with the Newscast logo in his hand. In front of the duke and Fleming were two Newscast branded mugs. 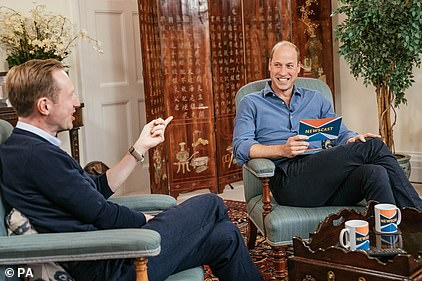 Fleming and the duke also sat down to watch excerpts from the BBC series The Earthshot Prize: Repairing Our Planet together.

William’s ambitious £50 million Earthshot initiative aims to find solutions to the planet’s problems throughout the next decade. The winners in the five categories this year will each receive £1 million to develop their projects after being picked by a judging panel.

An anthem by composer John Rutter, based on Psalm 26, which was originally commissioned for the 75th Anniversary of VE Day, was performed publicly for the first time, by the choir.

Readings were also given by members of the armed forces community, with the service forming part of a programme of activity by the Royal British Legion which is helping to celebrating its centenary.

The charity was founded in the aftermath of the First World War on 15th May 1921, when representatives of the four national organisations of ex-serviceman came together at the Cenotaph to create the British Legion.

Its founding mission was to fight for the rights of those who had given so much and come back to so little – and it now aims to provide lifelong care and support to serving and ex-serving personnel and their families.

The legion is also famous for its poppy appeal, which encourages public donations in return for the red flower worn in memory of the UK’s war dead.

This week, Victoria Cross hero Colour Sergeant Johnson Beharry hailed the Royal British Legion’s centenary as a ‘landmark moment’ ahead of the service.

Readings were given by C/Sgt Beharry, Sir Nick and Sara Jones, whose husband Lieutenant Colonel Herbert ‘H’ Jones was awarded a posthumous Victoria Cross for his bravery at the Battle of Goose Green during the Falklands Conflict.

C/Sgt Beharry, of the Princess of Wales’s Royal Regiment, said: ‘This is a landmark moment for the RBL, and I am proud to be here to celebrate it.

‘The charity is very close to my heart. For 100 years it has tackled the key issues facing the armed forces community that mean so much to me, and I know they will continue supporting us long into the future.’

After the First World War, the physical injuries of the returning servicemen were not the only issues that needed addressing. Some men found it difficult to find work, which left their dependants in need.

During the following decades the charity has helped members of the armed forces from every major conflict.

Retired Lieutenant General James Bashall, the RBL’s national president, said the centenary was a ‘very proud moment’ for all those associated with the legion and it was an honour to have their patron the Queen and Anne as guests at the service.

He said: ‘In our centenary year, we remain committed to our mission to ensure that those who have given so much for their country get the fair treatment, support and recognition they deserve.

‘And, as we look ahead to the next century, we invite the next generation to continue our vital work in the years to come.’ 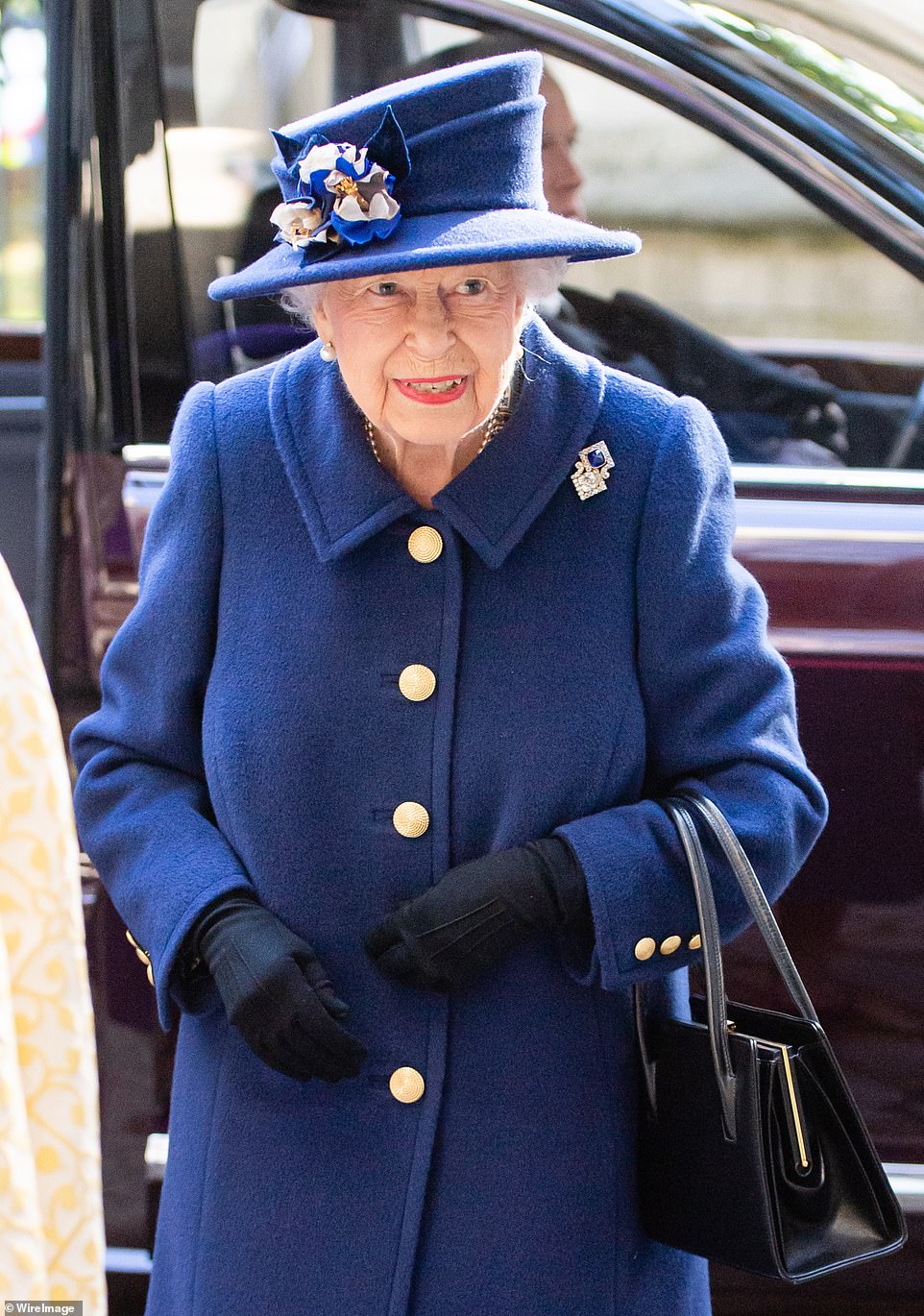 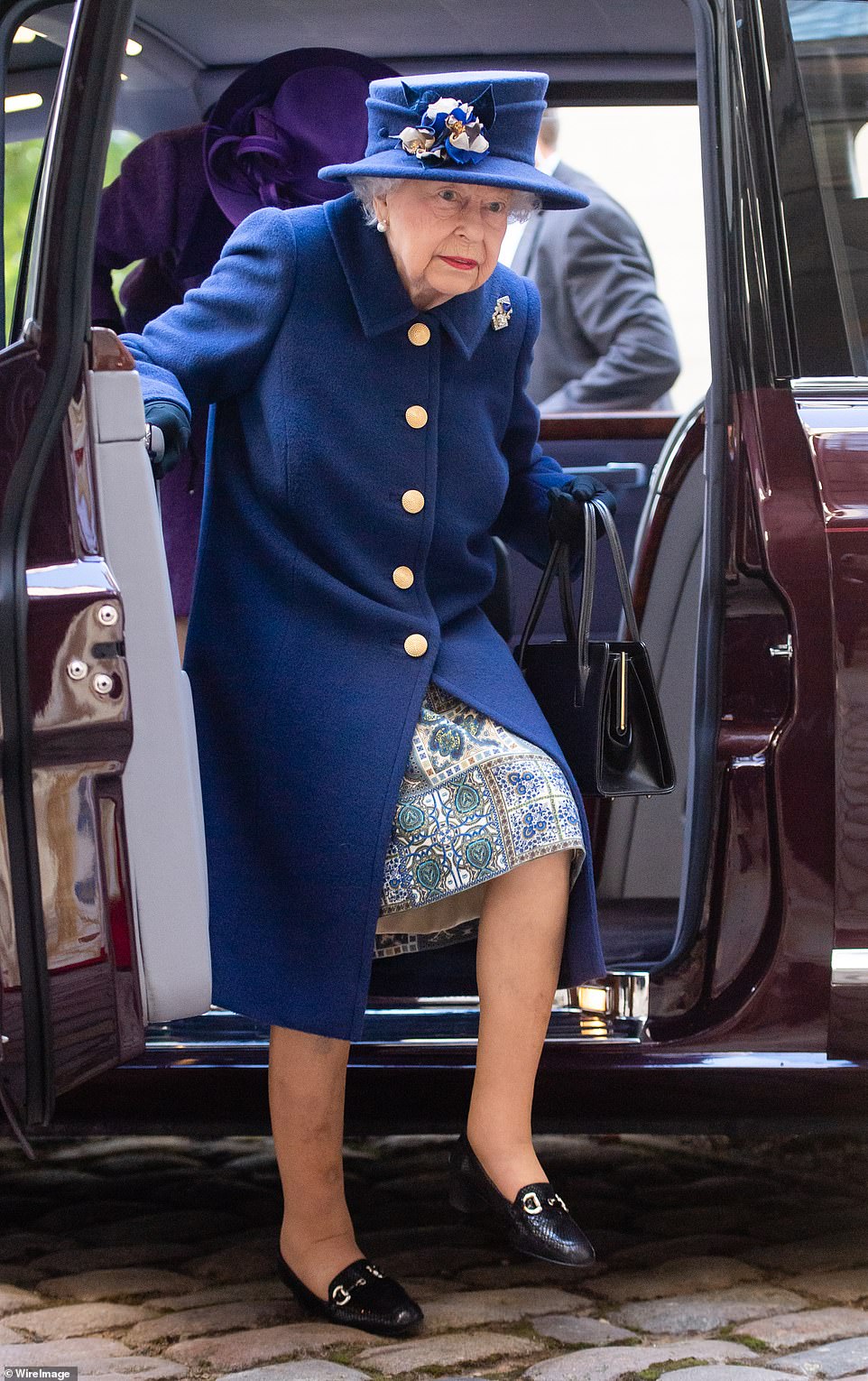 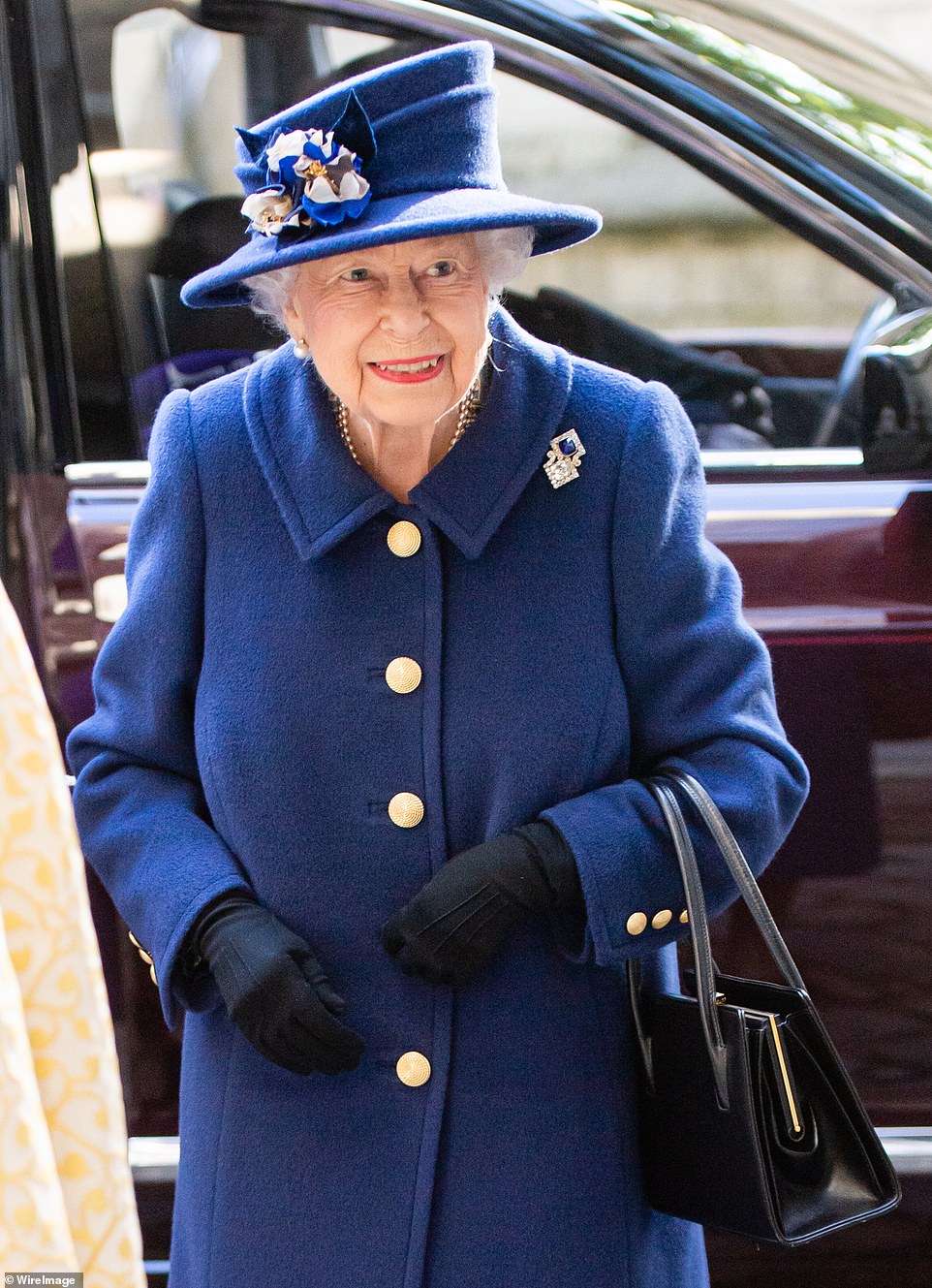 The Queen is joining Royal British Legion supporters, volunteers and partner organisations in the pews at the service today 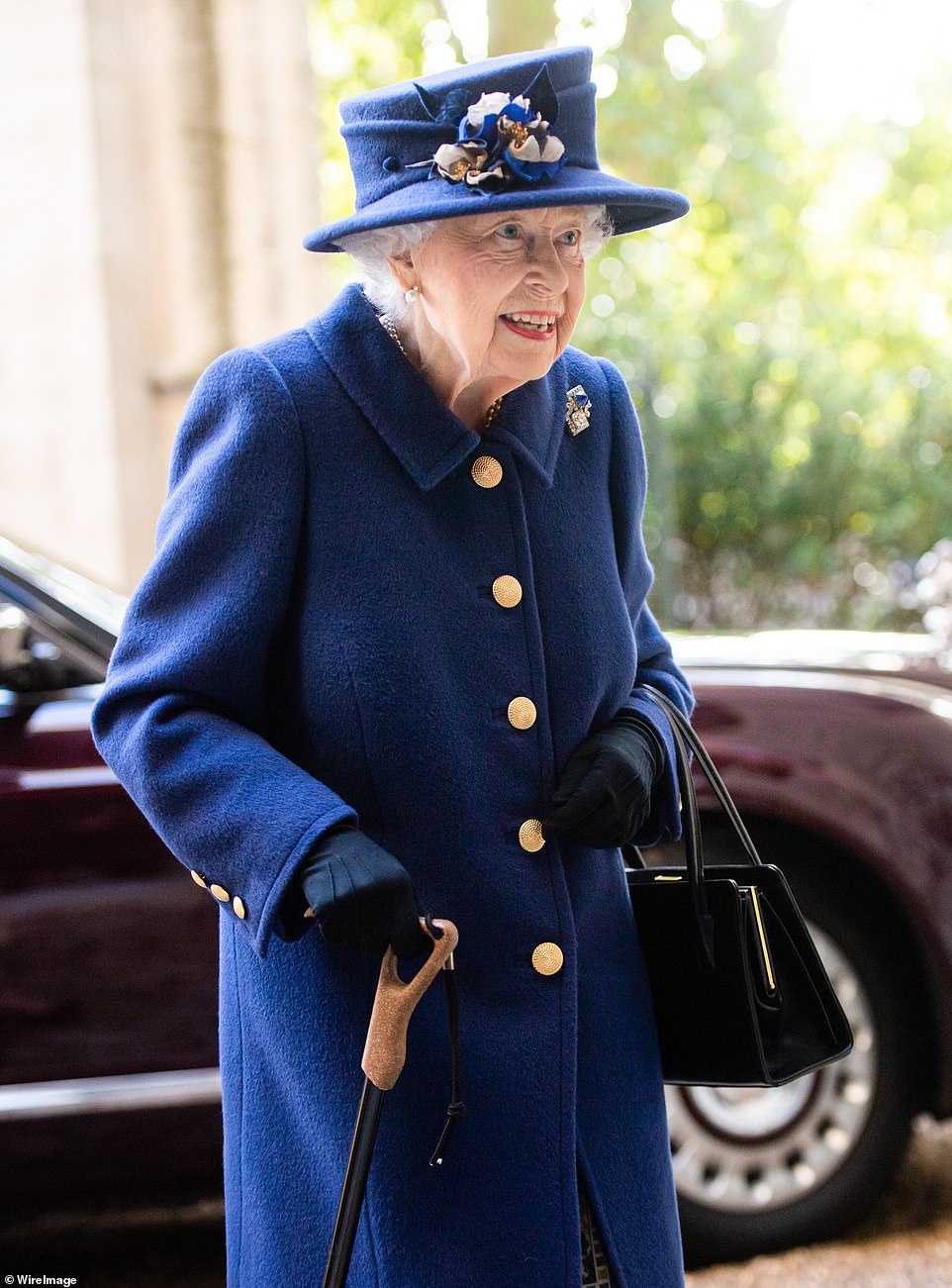 The Queen, joined by the Princess Royal, is leading the nation at Westminster Abbey for the service this morning 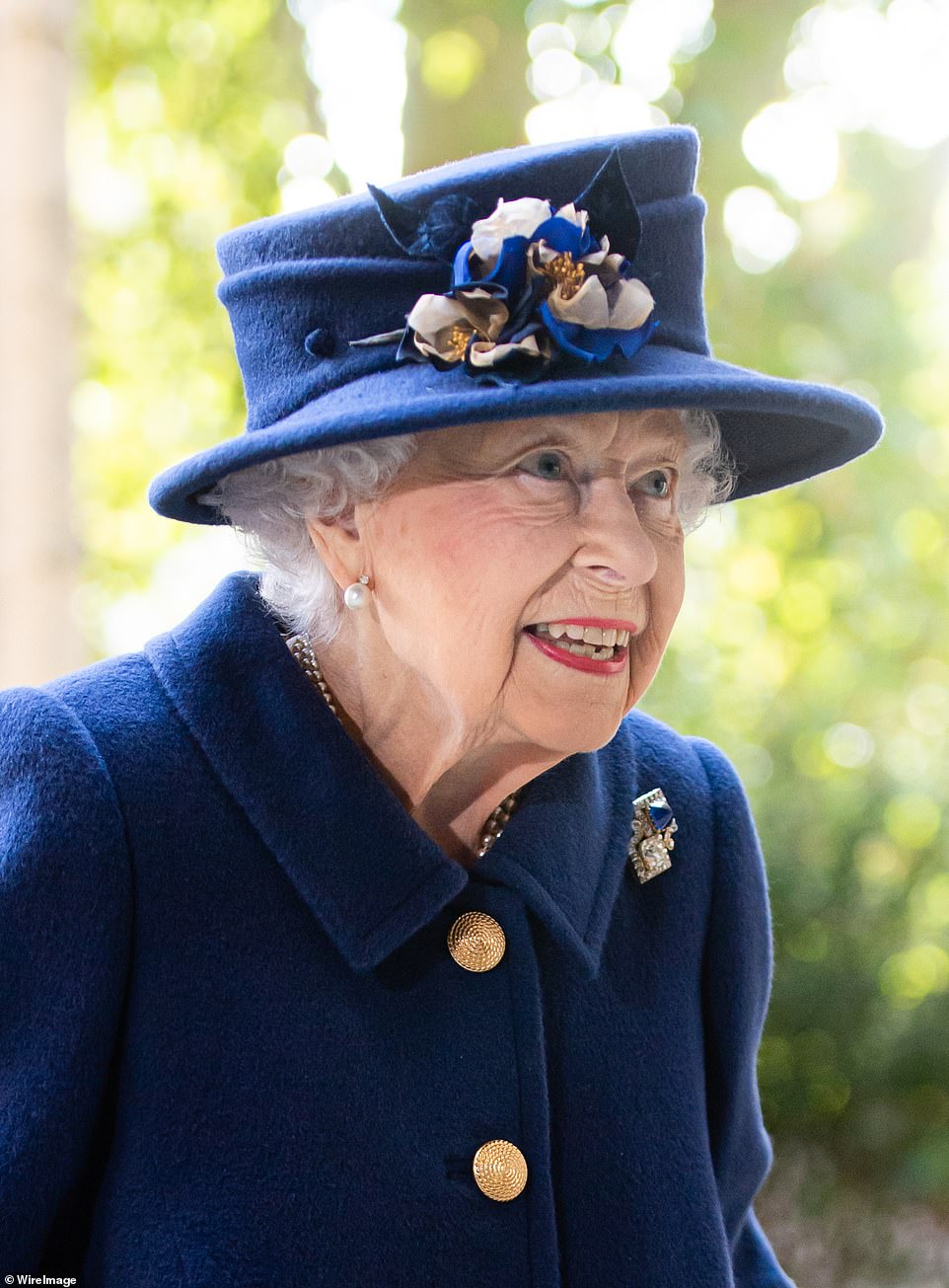 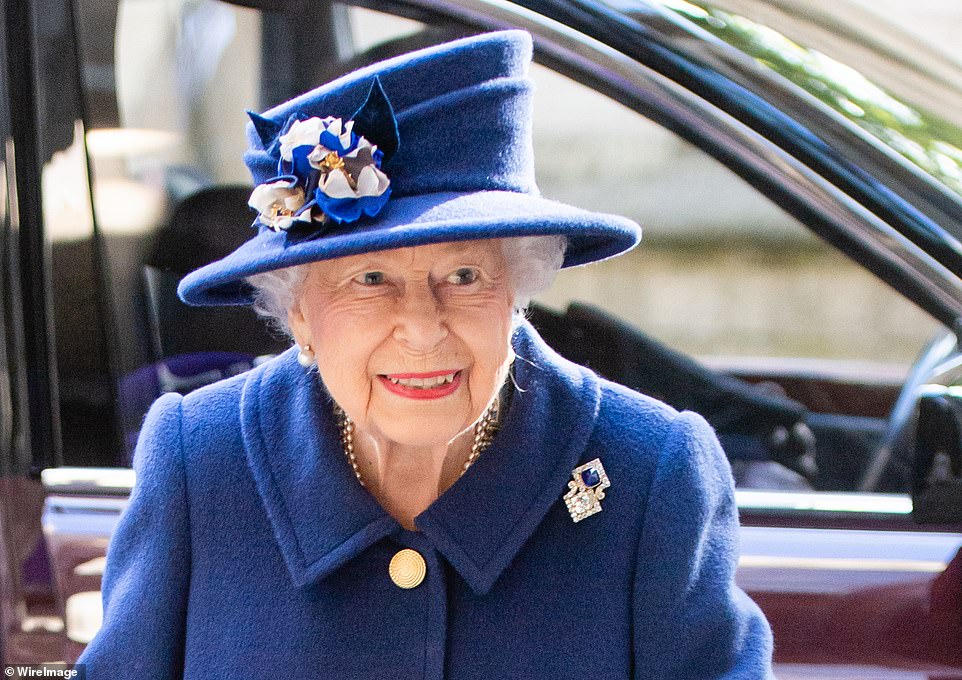 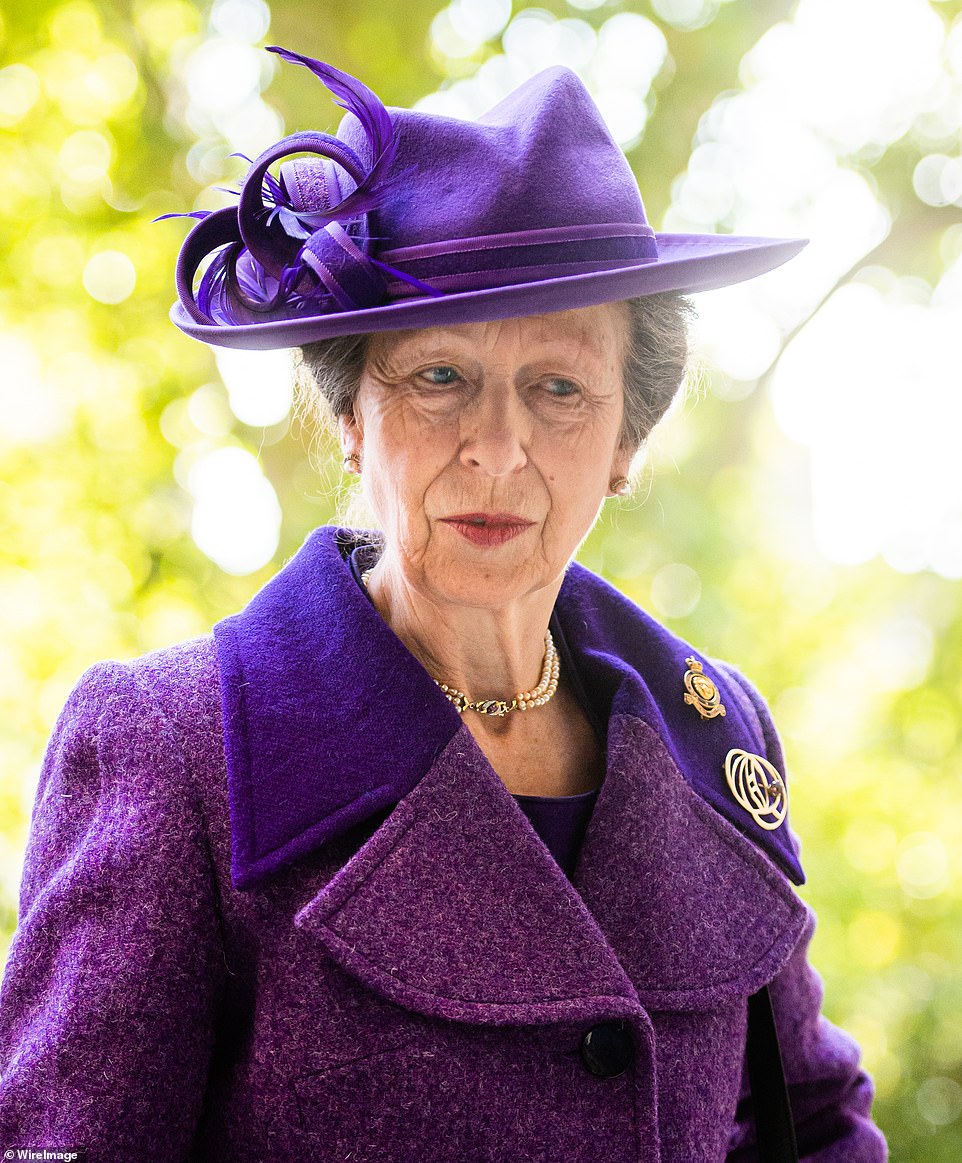 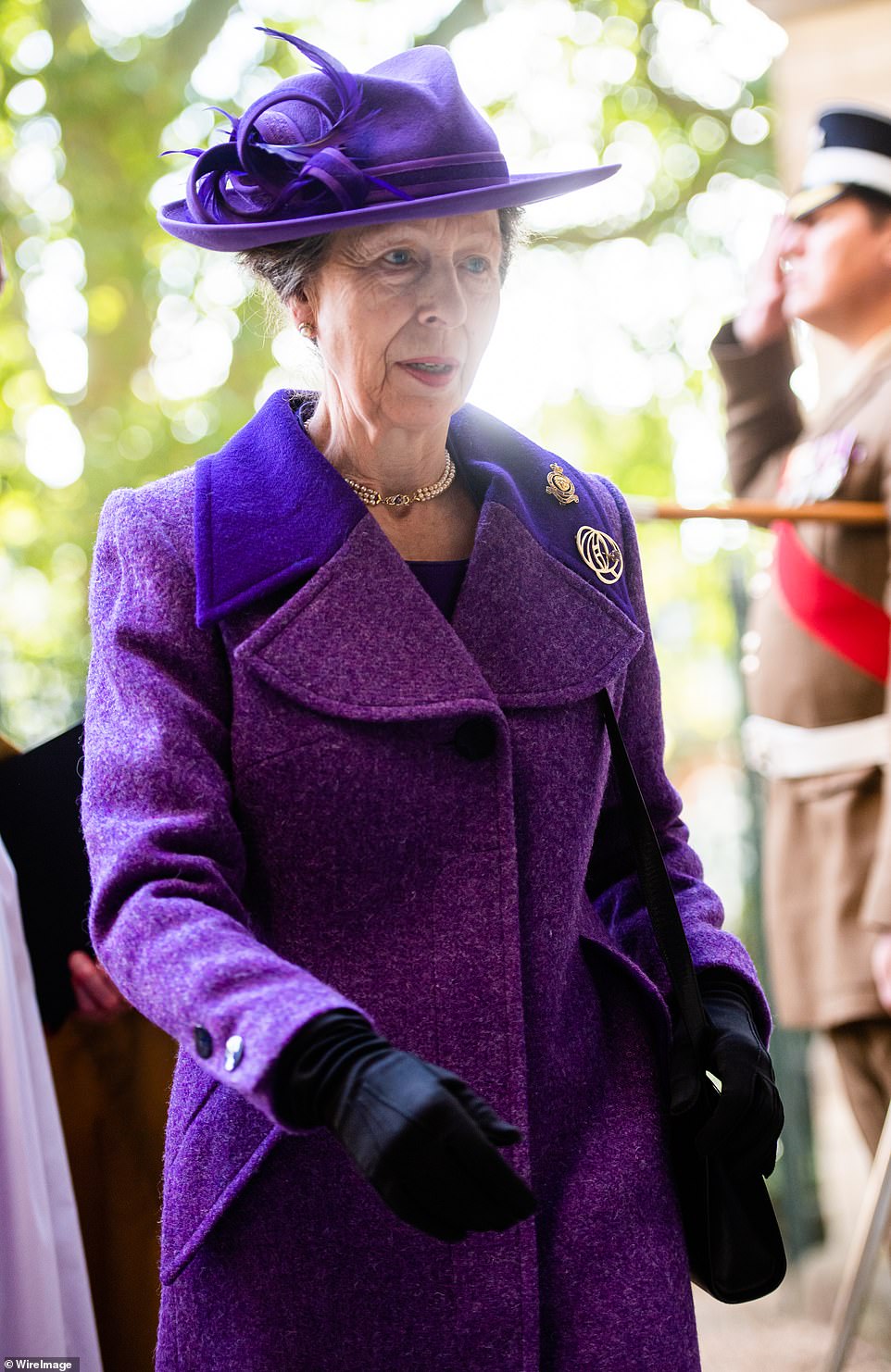 General Sir Nick Carter, Chief of the Defence Staff, will be among the congregation for the service and the outgoing head of the armed forces will be joined by members of the military, veterans and their families from the UK and the Commonwealth.

Naomi Hall, an RAF and Afghanistan veteran supported by the RBL as she recovered from physical and mental health injuries, gave a reading today.

Ms Hall said: ‘It is a great honour to be asked to help mark the centenary of an organisation that has done so much for me and my military comrades for the last 100 years, and a privilege to do so in the presence of Her Majesty the Queen.

‘When I was at my lowest ebb, the RBL was there for me and has been ever since. My road to recovery has been a long journey and I could never have imagined it would lead to this day.’