Russian President Vladimir Putin had a peculiar response to Thursday's announcement by the Dutch-led investigating team that it was a missile owned by the Russian military that downed Malaysia Airlines Flight 17 over eastern Ukraine in July 2014. Putin said he had no idea how that conclusion was reached because Russia isn't allowed to take part in the investigation.

"The Ukrainian side is working there, though Ukraine broke international rules and didn't close its airspace over a territory where combat was taking place," Putin said during a joint press conference with French President Emmanuel Macron. "And yet it's working and Russia isn't. So we don't know what they're writing there and what this commission's writings are based on." 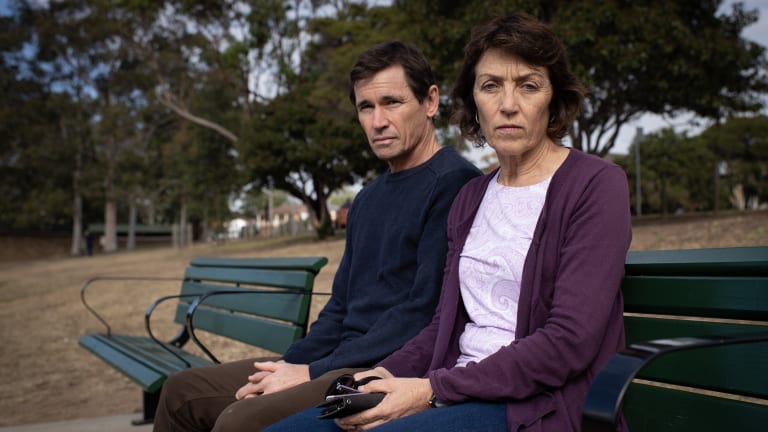 Jon and Meryn O’Brien lost their son Jack when MH17 was shot down.

This is a stunningly callous and insulting line to take. Information about the provenance of the Buk 9M38 missile has been publicly available since 2014 from the independent investigative blog Bellingcat. On Thursday, the Joint Investigative Team confirmed their conclusion. Russia never had to accept it on faith. It was uniquely qualified to track the movements of the 53rd Anti-Aircraft Missile Brigade's Buk launchers. The Russian military is not some kind of chaotic rebel band: it's a major power's armed force, which doesn't drive around missile launchers or especially take them across borders without leaving any kind of trail.

There is no doubt by now that Putin knows every available detail of the case, which triggered the European Union's toughest sanctions on Russia. He knows where the missile launcher came from, on whose orders it arrived in eastern Ukraine and probably even who operated it when MH-17 was shot down. Yet, when asked about it, he chooses to gripe about not being invited to take part in the outside investigation and to shift blame to Ukraine for not closing its airspace.

Years of Russian dissembling about MH-17 – including various claims from Moscow that it was shot down by a Ukrainian fighter plane, that the Buk was Ukrainian, even that the plane, filled in advance with dead bodies, was a plant – could not alter the reality. The missile launcher was brought in from Russia, apparently to help pro-Russian rebels defend against possible raids by the Ukrainian air force, and used – almost certainly by mistake – to shoot down the passenger airliner. 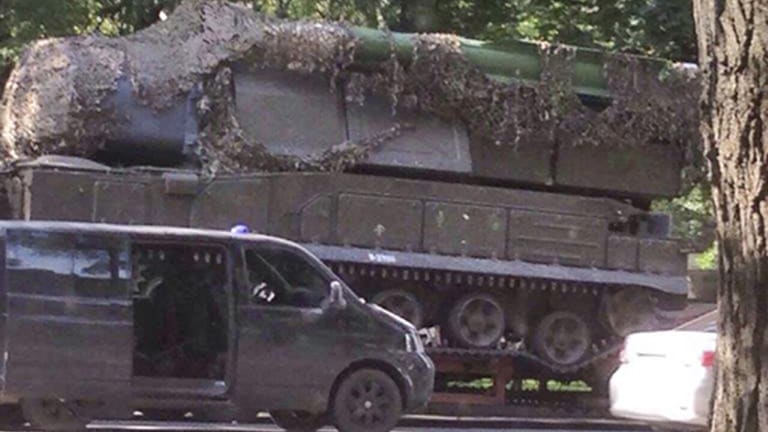 An image of Buk-Telar missile launching system probably taken on July 17, 2014, in the town of Makeevka, Ukraine.

There are only two ways for Russia to internalize that reality and react to it. One could be called the Great Power way. Here, Putin has a precedent to lean on – the July, 1988 downing of Iran Air Flight 655 by the USS Vincennes, in which 290 passengers and crew, almost as many as MH-17's 298, lost their lives. The US, like Russia today, blamed Iran for allowing the airliner to fly over a fighting area. It also attributed the firing of the two missiles that brought down the plane to human error from "combat stress". The US government never accepted responsibility or apologised to Iran, where government propaganda has since made the incident a cornerstone of Iran's enmity toward the US. The Iranian line is that the shoot-down was intentional, a way for the US to signal it would do anything to end the war in favor of its then-ally, Iraqi dictator Saddam Hussein.

Despite dodging the blame and withholding an apology, the U.S. did, however, pay out US$61.8 million to the families of the Iranian victims.

The other way for Russia to deal with the disaster is to fully own up. Here, too, there's a strong precedent. In October, 2001, Ukrainian air defense forces shot down a Russian passenger airliner, Sibir Flight 1812, during an exercise. The incident was likely similar in nature to what happened to MH-17: The S-200 missile was supposed to hit an airborne target but was accidentally aimed at the passenger plane, bound from Tel Aviv to Novosibirsk, that was accidentally on the same course as the target.

All 78 people on board – Russian and Israeli citizens – were killed. Ukrainian President Leonid Kuchma's initial reaction was to downplay the incident, but after Israeli officials and Ukraine's chief rabbi appealed to his conscience, Kuchma accepted the country's full responsibility, fired the defense minister and a number of senior officers and apologized to Russia, Israel and the victims' families.

Ukraine paid US$15.3 million in compensation to each of the families.

Following the Ukrainian precedent would be infinitely preferable. Admitting responsibility wouldn't change much in how the war in eastern Ukraine is perceived: Russian help to the rebels is by now well-documented, and official denials have long since stopped serving any purpose. By taking the blame, Russia would show that the Putin government's geopolitical goals have nothing to do with its sympathy for the victims and desire to reach out to the families. That is something all Russians could relate to.

But even if Putin, who calls himself a devout Christian, somehow cannot bring himself to take this path, there is no valid precedent for not paying compensation. The case of the South Korean airliner shot down by the Soviet Union in 1983, in which neither the Soviets nor the Russian government paid anything, was substantially different because Flight KE007 was downed deliberately after going far off course. Even so, President Boris Yeltsin met with some victims' families and apologized "for the tragedy" to his South Korean counterpart.

Even if Putin regards the Russian military's actions as legitimate, he should make it clear that he considers the downing of the plane a terrible mistake and offer compensation to MH17's victims. Not doing that is an affront to his fellow citizens as much as to the rest of the world.

A Brazilian woman who moved to Los Angeles to pursue a modeling career is feared to have been murdered after she went missing in January,…