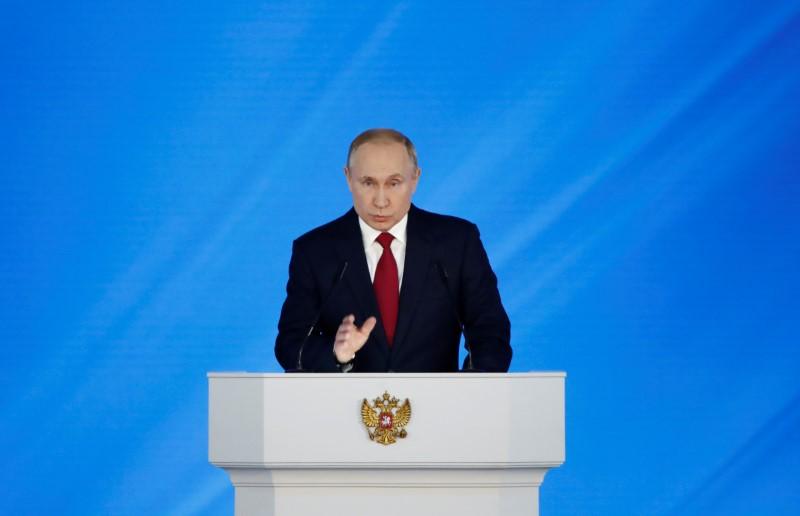 MOSCOW (Reuters) – President Vladimir Putin on Wednesday proposed changing Russia’s constitution to give national legislation precedence over international treaties and rulings from international bodies in cases when they contravene Russia’s own constitution.

The comments, at Putin’s state-of-the-nation address, may worry rights advocates in Russia where hundreds appeal every year to courts abroad such as the European Court of Human Rights, seeking justice they say they have been denied at home.

Russia currently puts international law above its own legislation.

Putin said Russia should not have to implement rulings that are out of step with Russia’s own constitution or entail infringing the rights of people inside Russia.

“I really do think that the time has come to introduce certain changes to the country’s main law that will directly guarantee the Russian constitution is the priority in our legal space,” Putin said.

“This means that the demands of international legislation and treaties, and also the decisions of international bodies can only apply to Russia’s territory when they do not entail restricting human and citizens’ rights and freedoms, and do not contradict our constitution,” he said.