An LBC caller has claimed that Putin’s annexation of Ukrainian territory has “changed the rules of engagement” for Russia and has made the prospect of the enemy forces using nuclear or chemical weapons “10 times more likely”. Speaking to Nick Ferrari, John from Wallington said the annexation afforded Putin and his cronies an “excuse” to come good on the threat of using nuclear weapons that they have been making ever since the start of the invasion on February 24. It comes as the US secretary of state Anthony Blinken on Friday said the US will call on the United Nations general assembly to override Russia’s expected veto at the Security Council regarding the dismissal of the legitimacy of the referendums in Ukraine.

John, from Wallington, said: [The annexation] is very serious indeed because it changes the rules of engagement for the Russian military. They are now defending Russian soil, which means they can use chemical and nuclear weapons.”

Asked if he thought the use of nuclear weapons was now more likely, the caller said: “10 times more likely.”

Unconvinced, Mr Ferrari said: “Even though no one else on the planet accepts it?”

The caller said: “Yes. They accept it.” Mr Ferrari said: “But bearing in mind they found reasons to bomb maternity hospitals, when they choose to do something, they find a rationale. John, do you not think, god forbid, if they wanted to deploy chemical weaponry, they would have done it already. 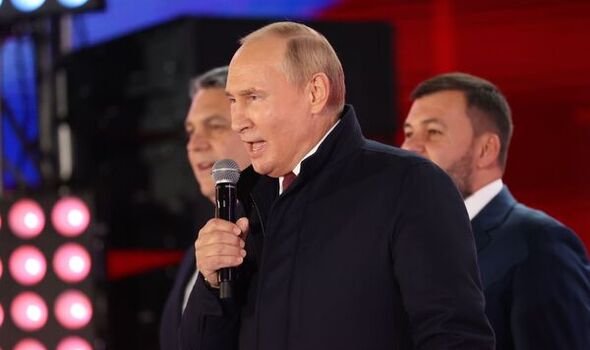 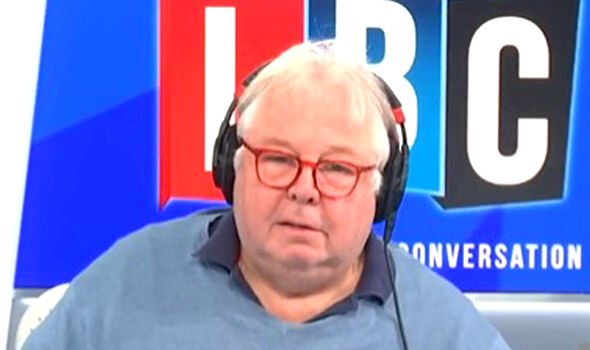 “There would have been a reason. If they wanted to, they would have done it. That is the way they behave.”

John said: “Yes but they have to explain it to the Russian people. They have got the excuse now if they want to [use chemical or nuclear weapons].”

Mr Ferrari said: “I hear what you are saying. If you are dealing with some sort of sanity in the Kremlin, you would be absolutely right.

“But, you know John, if you protest against them, you’re rounded off and taken to jail. If you are caught in the unlikely position of listening to LBC in the Red Square in Moscow, or the BBC or Sky News, you face up to 14 years in jail.

“And that’s just because you have listened to a Western news service. I don’t know that they care what the Russian people think.” 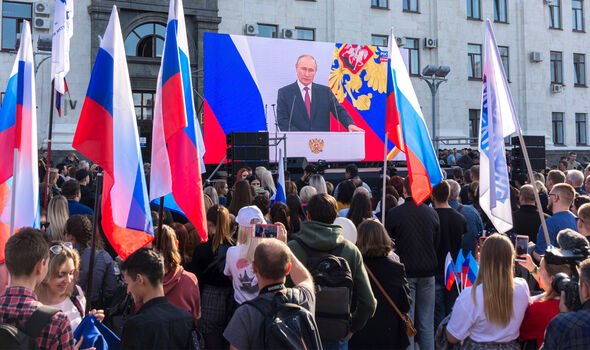 A defiant Vladimir Putin proclaimed Russia’s annexation of a swathe of Ukraine in a pomp-filled Kremlin ceremony on Friday, promising Moscow would triumph in its “special military operation” against Kyiv even as some of his troops faced potential defeat.

The Russian president’s proclamation of Russian rule over 15 percent of Ukraine – the biggest annexation in Europe since World War Two – was roundly rejected by Western countries, with the United States and Britain announcing new sanctions.

In one of his toughest anti-American speeches in more than two decades in power, Putin signalled he was ready to continue what he called a battle for a “greater historical Russia”, slammed the West as neo-colonial and as out to destroy his country, and without evidence accused Washington and its allies of blowing up the Nord Stream gas pipelines.

The four Ukrainian regions that he said Russia was absorbing had made a historic choice, he said. 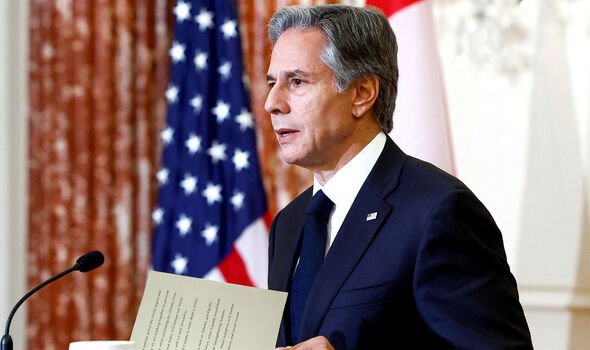 Meanwhile, US Secretary of State Antony Blinken said the United States will act at the UN Security Council on Friday to hold Russia accountable for holding what he called “sham” referendums in parts of Ukraine and proclaiming them Russian territory.

US Ambassador to the UN Linda Thomas-Greenfield said on Tuesday the United States would jointly introduce a resolution with Albania that will call on member states not to recognize any altered status of Ukraine and obligate Russia to withdraw its troops.

“If Russia blocks the Security Council from carrying out its responsibilities, we’ll ask the UN General Assembly, where every country has a vote, to make clear that it’s unacceptable to redraw borders by force,” Mr Blinken said on Friday, speaking alongside Canadian Foreign Minister Melanie Joly. “Every country has a stake in condemning these steps.”