A former public health chief has blasted the government’s response to the coronavirus outbreak as he said ministers had ‘lost control’ of the situation.

Professor John Ashton, a former regional director of public health for north-west England, said the government had ‘lost the plot’ as he questioned why it had not acted more severely.

He said decision-makers in Whitehall had responded with ‘paternalistic’ and ‘old-fashioned’ measures as he urged them to go much further.

The comments came after Boris Johnson announced the UK was moving from the contain phase of its response to the deadly virus to the delay phase.

The government is now recommending anyone who gets a persistent cough or a fever should stay at home and self-isolate for seven days.

However, the Prime Minister has stopped short of imposing a ban on mass gatherings and closing schools despite other countries around the world taking the action. 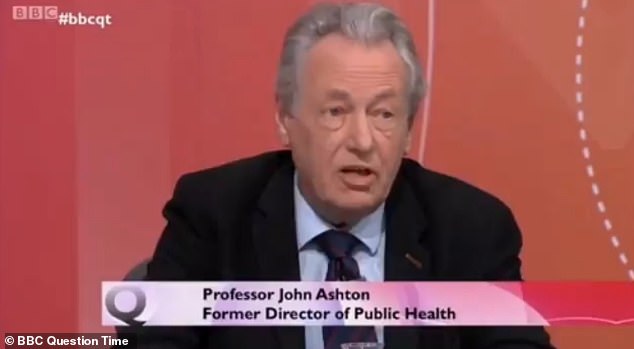 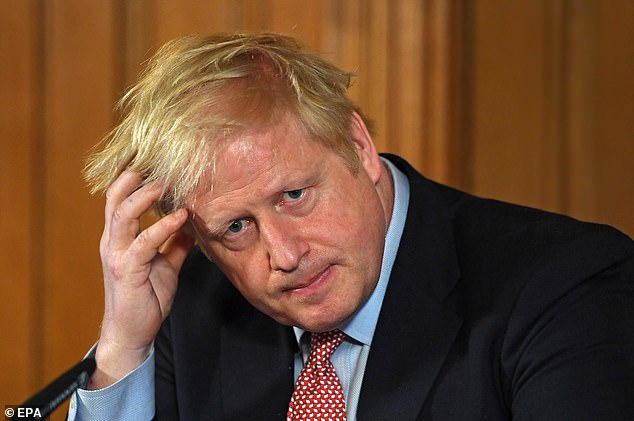 The government’s top medical advisers have insisted the approach taken by Britain is the right one given the circumstances surrounding the spread of the disease in the country.

But Mr Johnson’s warning at a press conference yesterday that many more people in the UK will die because of the outbreak has reignited calls for tougher action.

Prof Ashton told the BBC’s Question Time programme last night that he did not ‘know where to start’ when asked for his opinion on how the government had treated coronavirus.

He said: ‘I’m embarrassed by the situation in this country. This talk of four stages, and we’re now moving on from the containment thing – we’ve lost the plot here.

‘We haven’t taken the action that we should have taken four or five weeks ago.’

Question Time presenter Fiona Bruce then asked: ‘So, what do you think we should have done four or five weeks ago?’

Prof Ashton replied: ‘Boris Johnson should have convened COBRA at the outset when it became clear what was cooking up.

‘Countries that took firm action at the time – if you look at what happened in Hong Kong and Singapore, which had a lot of cases initially but which took firm action and they’ve got the thing under control. We’ve lost control here.’

The expert said he had been planning to attend Liverpool,’s Champion’s League game against Athletico Madrid on Wednesday but had ultimately decided not to due to coronavirus fears.

‘Last night, I didn’t go to Anfield last night because I had such second thoughts about it,’ he said.

‘3,000 supporters came to Anfield last night from Madrid where they are playing football behind closed doors.

‘The virus is around in Madrid. That virus has been shared around Merseyside last night, in the bars and clubs of Merseyside.

‘So the virus will now be amongst us and the government’s approach has been paternalistic, it has been old fashioned, it has been top down.’

As well as the self-isolation measures, Mr Johnson also yesterday announced a ban on overseas school trips and urged elderly people and people with long term serious medical conditions not to go on cruises.

A number of countries around the world including Ireland, Italy and Norway have announced they are closing schools.

The UK government’s advisers admitted such a measure could help stem the outbreak but they said it was not a feasible move to take now.

They said for a closure to work it would have to last for something close to three months amid fears that would put older people asked to look after grandchildren at greater risk of harm. 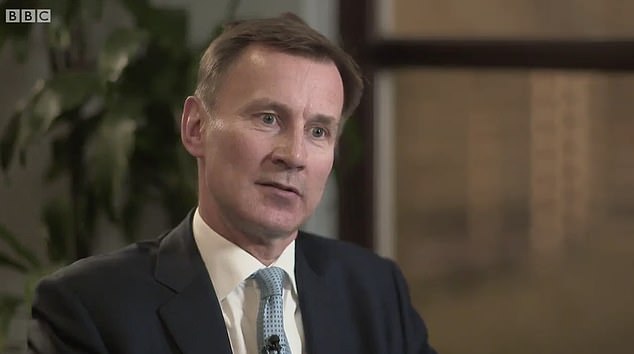 Some medical experts said the UK’s plans were ‘balanced’ and ‘sensible’, while others have questioned whether they go far enough.

Former health secretary Jeremy Hunt last night suggested the UK should be going further to respond to what he labelled a ‘national emergency’.

Asked about the decision not to cancel large gatherings yet, Mr Hunt told BBC Newsnight: ‘I think it is surprising and concerning that we’re not doing any of it at all when we have just four weeks before we get to the stage that Italy is at.

‘You would have thought that every single thing we do in that four weeks would be designed to slow the spread of people catching the virus.’

He also added he was ‘personally surprised that we’re still allowing external visits to care homes’.