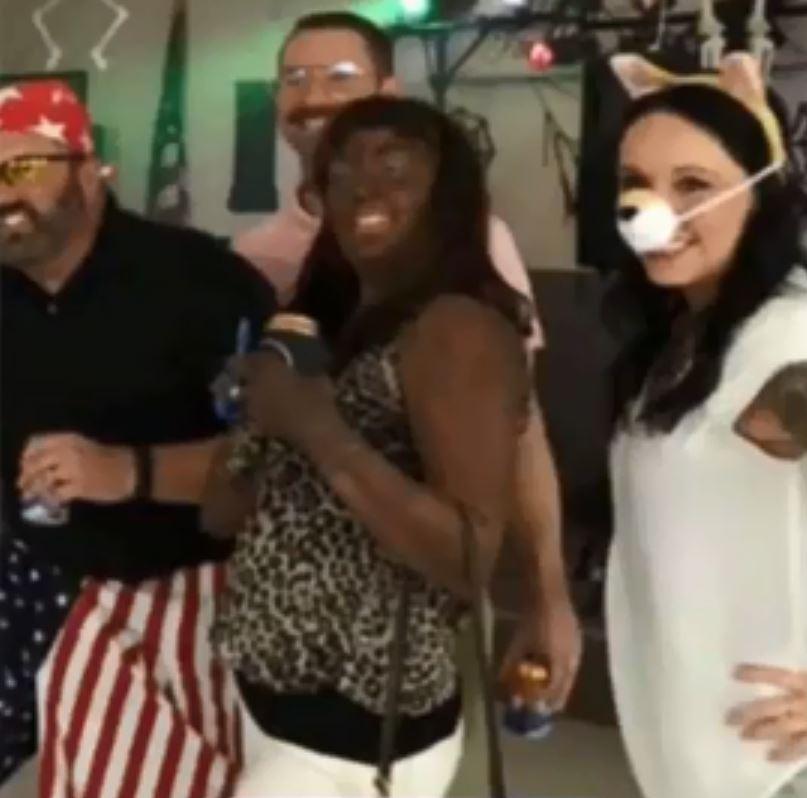 She was part of a group dressed as characters from the 2004 movie Napoleon Dynamite, and also wore a wig similar to the hairstyle of African-American character LaFawnduh.

Luloff teaches at Walcott Elementary School, and faces calls for her firing from the National Association for the Advancement of Coloured People (NAACP).

NAACP president for Iowa and Nebraksa Betty Andrews said she was shocked when her organisation received a copy of the photo.

Someone in Luloff’s group should have realised her “serious lapse in judgement” and said something to the teacher, Andrews said. 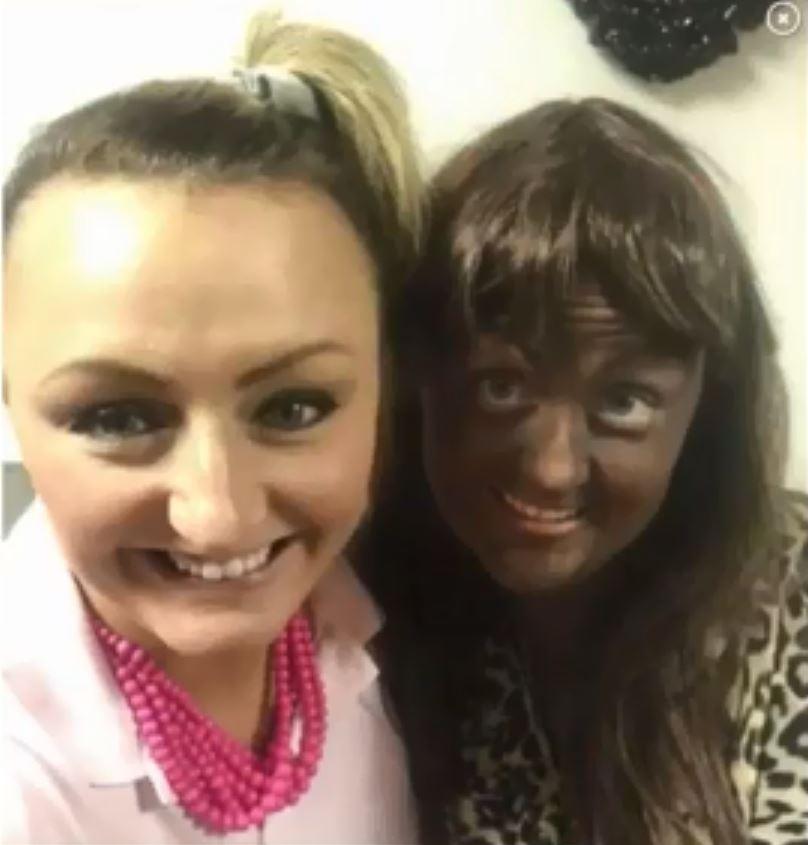 “It’s incredibly concerning that she was with a group of people who didn’t say, ‘Hey, this is a problem … Clearly someone did find it offensive though because that is why we got the photo in the first place.”

“Being a teacher, this is a serious lapse in judgement and her presence in a classroom could be detrimental to any student she teaches, particularly African-American students.”

“I would definitely not want her teaching my children. This makes me wonder what’s in the water, so to speak. What are we teaching in Davenport for this woman to think that this would be OK?” 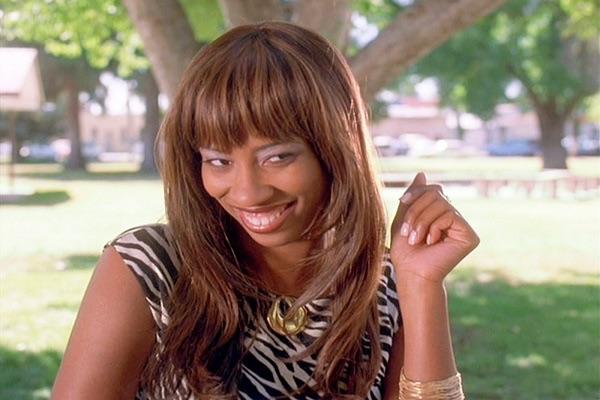 Luloff, whose photo no longer appeared on the school’s website as of Thursday, did not respond to a message seeking comment.

An investigation into the photo is now underway, district officials told the Quad-City Times.

District spokeswoman Dawn Saul told The Post that two complaints had been received in connection to the photo and that the district became aware of the incident on Monday.

Saul could not indicate whether Luloff was teaching at the school on Thursday; and the teacher has been worked at the district for about 9 years.

Superintendent Art Tate said in an email to the Quad-City Times: “The wearing of blackface is never appropriate in any circumstance by any person.

“The issue is under investigation by the district.”

The Davenport School District is under state supervision because a disproportionate number of minority students have been identified for special education programs and subjected to disciplinary actions, according to the Quad-City Times.

“The district was very recently made aware of these images of a district employee at a non-school related event, and an internal investigation is currently ongoing,” district officials said in a statement.

“The board does not condone the insensitivity these images depict and is very disappointed something like this is now connected to our school community.”