‘Your hell has now begun’: British celebrity stylist’s ex ‘threatened to harm their son unless she got back with him’ days before he and the child were found dead in ‘murder-suicide’

The father of a three-year-old boy found dead in a suspected murder-suicide in Portugal had threatened to harm the child unless his ex abandoned plans to divorce him, local media has claimed.

Clemens Weisshaar, 44, had messaged Phoebe Arnold – his estranged wife and mother to three-year-old Tasso – telling her ‘your hell has now begun’ after going missing with the boy a week ago.

According to the local media, Portuguese police sources said Weisshaar threatened to harm Tasso ‘several times’ after failing to return him to Ms Arnold on November 1 following a custody visit – his first since the couple broke up in July.

Weisshaar last made contact with celebrity stylist Ms Arnold on November 4, Correio da Manha reported, three days before his body was found in a remote wooded area alongside the remains of his son which were inside a burned-out car.

It is thought that Weisshaar and Tasso could have laid dead during the days between his last message and when their bodies were found, though post-mortem examinations are underway to establish whether that is the case.

Local media also quoted police sources as saying there had been ‘several episodes of domestic violence’ between the pair at their shared home in Grandola, where they moved in 2020 and spent several months living before Ms Arnold moved out. 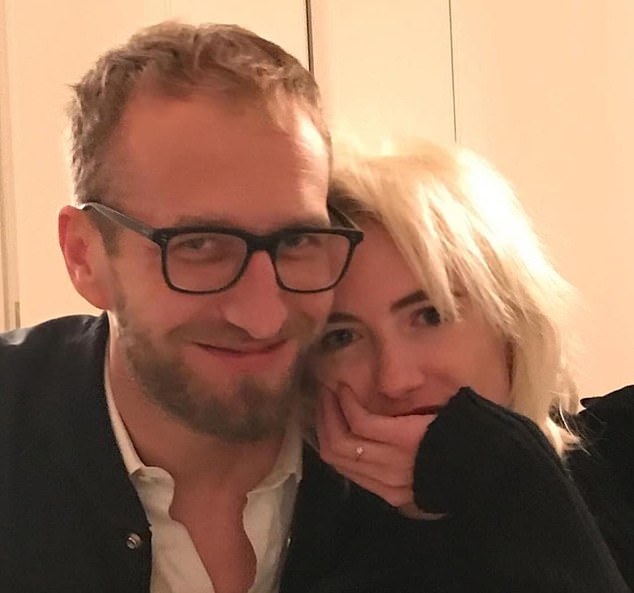 Clemens Weisshaar (left) is pictured with Phoebe Arnold (right) in a 2016 image taken some time around the start of their relationship. The couple split in July this year, before Weisshaar was found dead on Sunday alongside the body of their son

A Portuguese nanny who worked for the couple in London and went with them to Grandola when they moved, told officers she had witnessed multiple episodes of abuse during her time working for the pair, it was reported.

Ms Arnold, a former magazine editor and stylist who works with the likes of Paloma Faith, had been dating Weisshaar, a renowned German designer, since at least 2016.

The globe-trotting pair spent time together in New York, London and Germany before moving to Portugal last year. Based on local reports, they are understood to have been married though it is unclear exactly when they tied the knot.

They had been living together in the village of Grandola, where Weisshaar also has an office, and had bought a vacant schoolhouse nearby with the intention of doing it up into a martial home.

But the couple broke up in July and Ms Arnold moved with Tasso to Lisbon, around 80 miles north of Grandola, with a source close to the couple telling MailOnline Ms Arnold ‘couldn’t take’ Weisshaar’s ‘controlling and aggressive’ behaviour any longer.

Weisshaar is not believed to have been in contact with his son between the date of the split and October 30 when he picked the boy up for his first custody visit. 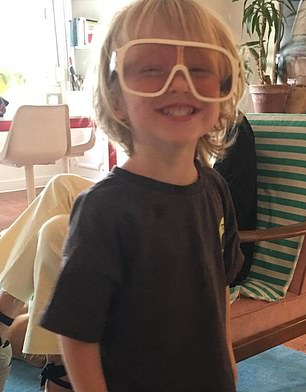 Weisshaar was found dead alongside the body of three-year-old son Tasso, whose remains were found in a burned car

But it appears he did remain in contact with Ms Arnold, with Jornal de Noticas reporting that he sent her a ‘number of messages’ updating her on progress at the house and trying to convince her to give their relationship another chance.

‘He managed to persuade her to let him see their son again, on October 30, and stay with him till the following Monday,’ the newspaper reported.

‘On the night of November 1, with Clemens and Tasso still missing, Phoebe Arnold alerted the authorities about the disappearance.

‘She showed the police the messages Clemens had been sending her, revealing an obvious sense of frustration.’

Weisshaar was last seen at Taberna dos Mosqueiroes, a bar-restaurant near the school house, the day before he picked his son up.

Rui Ermida, owner of the eatery, said the designer used to pop in regularly for lunch and a beer with the men who were helping him re-design the property.

Dulce Ermida, his wife, said: ‘The father would often come in for something to drink or eat.

‘He had bought a house nearby that he was doing up and when he was working on the house he tended to come in.

‘He seemed like a normal nice guy. The little boy and the mum had also been in before but not since the summer. I noticed nothing out of the ordinary.

‘We knew the dad and the youngster were missing from last Monday and assumed he had gone to Germany with his son.

‘We never imagined for one moment that things would end in the terrible and awful way they have.

‘We found out what had happened yesterday afternoon/on Sunday afternoon. The news reached us very quickly

‘I’m still in a state of shock to be honest. It’s all really upsetting.’

He added: ‘He would often come in with the men working on his house to have lunch or a beer.

‘It was easy to speak to him, he was always pleasant.

‘He came two or three times with the child and the boy’s mum as well. I thought he had gone to Germany with his son, it was what people round here were surmising.’

Ms Arnold had reported Weisshaar and Tasso missing on the evening of November 1 when he had failed to return with the boy following the custody visit.

Police suspected the father may have fled back to Munich – the city of his birth – with the boy, but also launched a search operation in the local area.

Days of scouring with drones, search parties and dogs turned up nothing until the grim discovery of the burned-out vehicle early Sunday.

It was found in a remote cork forest five miles from Grandola, and close to the Herdade da Ribeira Abaixo Biodiversity Station – a field station for the Centre for Ecology, Evolution and Environmental Changes based at Lisbon University.

The search party called police and medics to the scene, who spent several hours working there before the bodies of Weisshaar and Tasso were removed.

Weisshaar is believed to have died from a gunshot wound to the head. It is unclear how Tasso died, with a post-mortem expected to establish his cause of death in the coming days.

British-born Ms Arnold is heavily involved in the world of fashion, having co-founded Ponystep magazine before going on to work as fashion director at magazines including Garage and Elle.

She is also a celebrity stylist who counts singer Paloma Faith among her clients and friends, having worked with her since at least 2018.

The singer credited Ms Arnold with creating her look for the British Vogue fashion awards ceremony in February last year, and during Comic-Con in 2019.

Among her other famous friends are model Lady Eliza Cummings and designer Katie Jan Hillier.

She was also pictured alongside the likes of Gigi Hadid on her Instagram page.

Weisshaar was a famous German designer – born in Munich, he studied in London at Central Saint Martins College of Art and Design and the Royal College of Art.

He founded his first independent design studio in 2000, before going on to create the KRAM/WEISSHAAR studio – based in Stockholm and Munich – in 2002 with American-born partner Reed Kram.

Their work features in the collections of the Museum of Modern Art in New York, the Centre Pompidou in Paris and Fondazione Prada in Milan, among others.