TWO people have been arrested after 150 Antifa activists smashed up a Starbucks and a bank.

Demonstrators gathered at The Field Parks in Portland at roughly 9pm on Saturday to march through the area in protest of Biden's immigration policies. 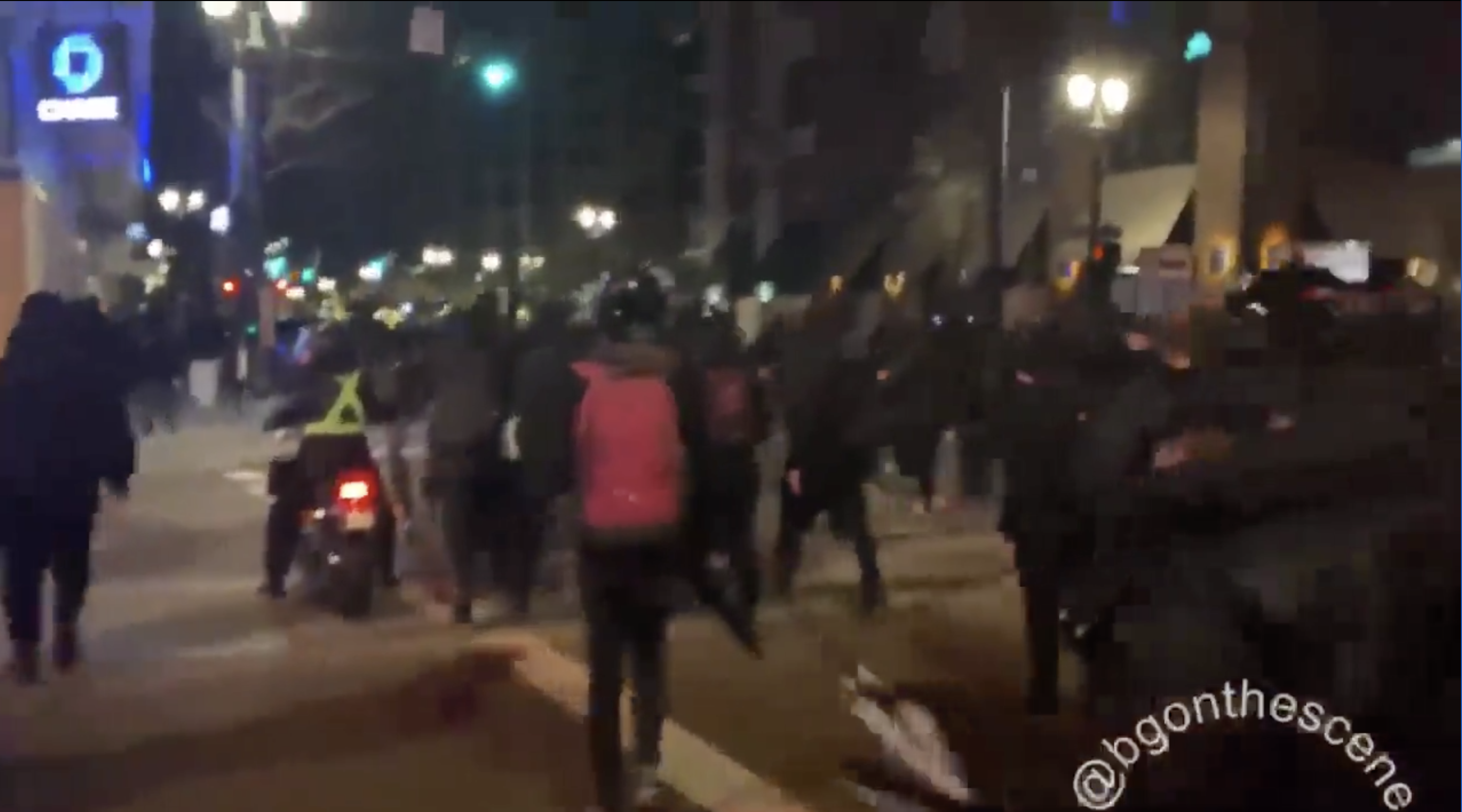 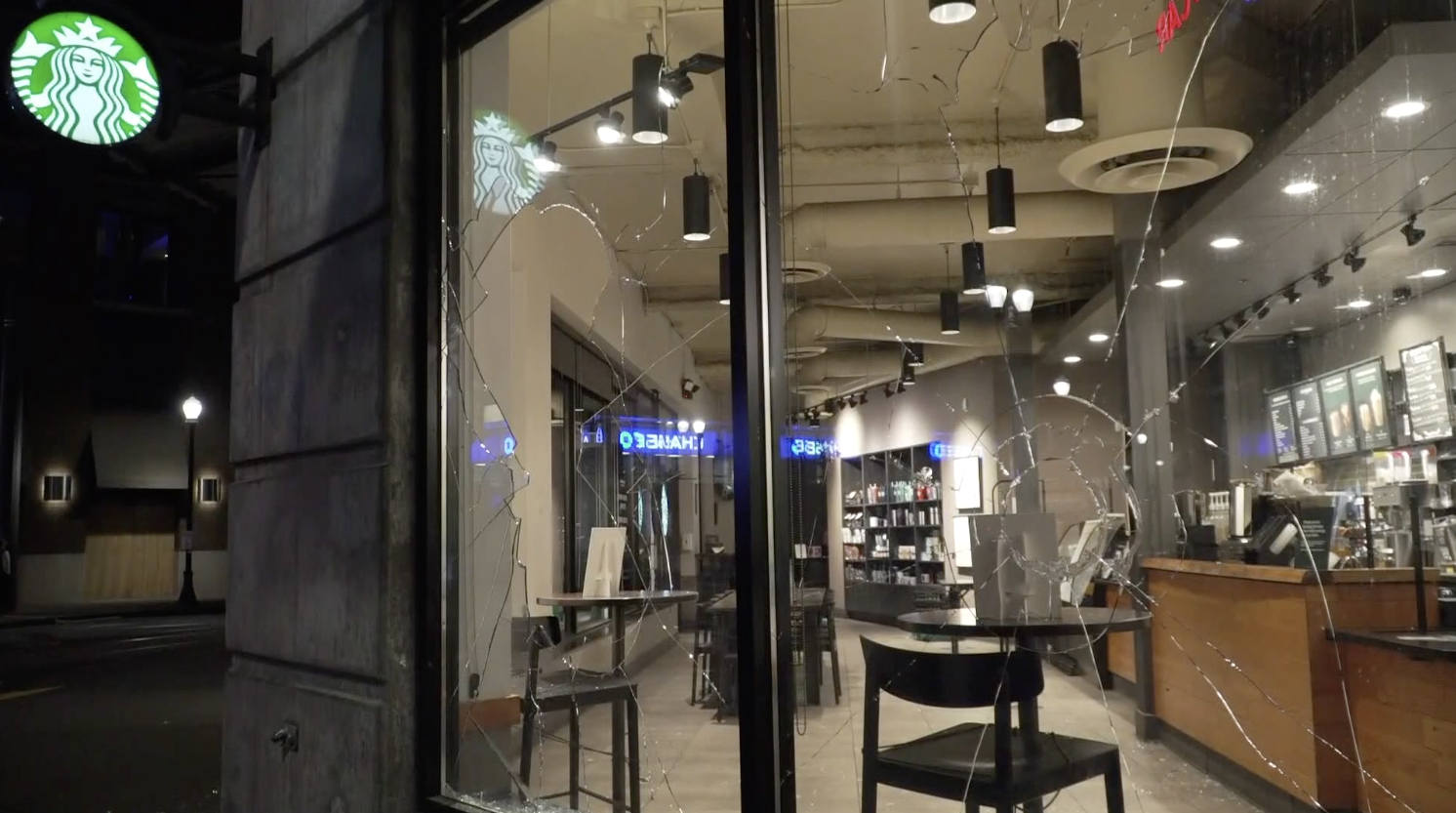 They were also campaigning to denounce the US Immigration and Customs Enforcement.

However, the demonstration quickly got violent, with vandals lashing out at several stores including Starbucks, Chipotle, Umpqua Bank and Urban Pantry.

Just one hour later, at 10pm, Portland Police Bureau dubbed the demonstration as "destructive," according to KOIN, and demanded that crowds "immediately stop participating in criminal activity."

Cops threatened that those who did not listen could be detained, given a citation, arrested or they would use crowd control agents. 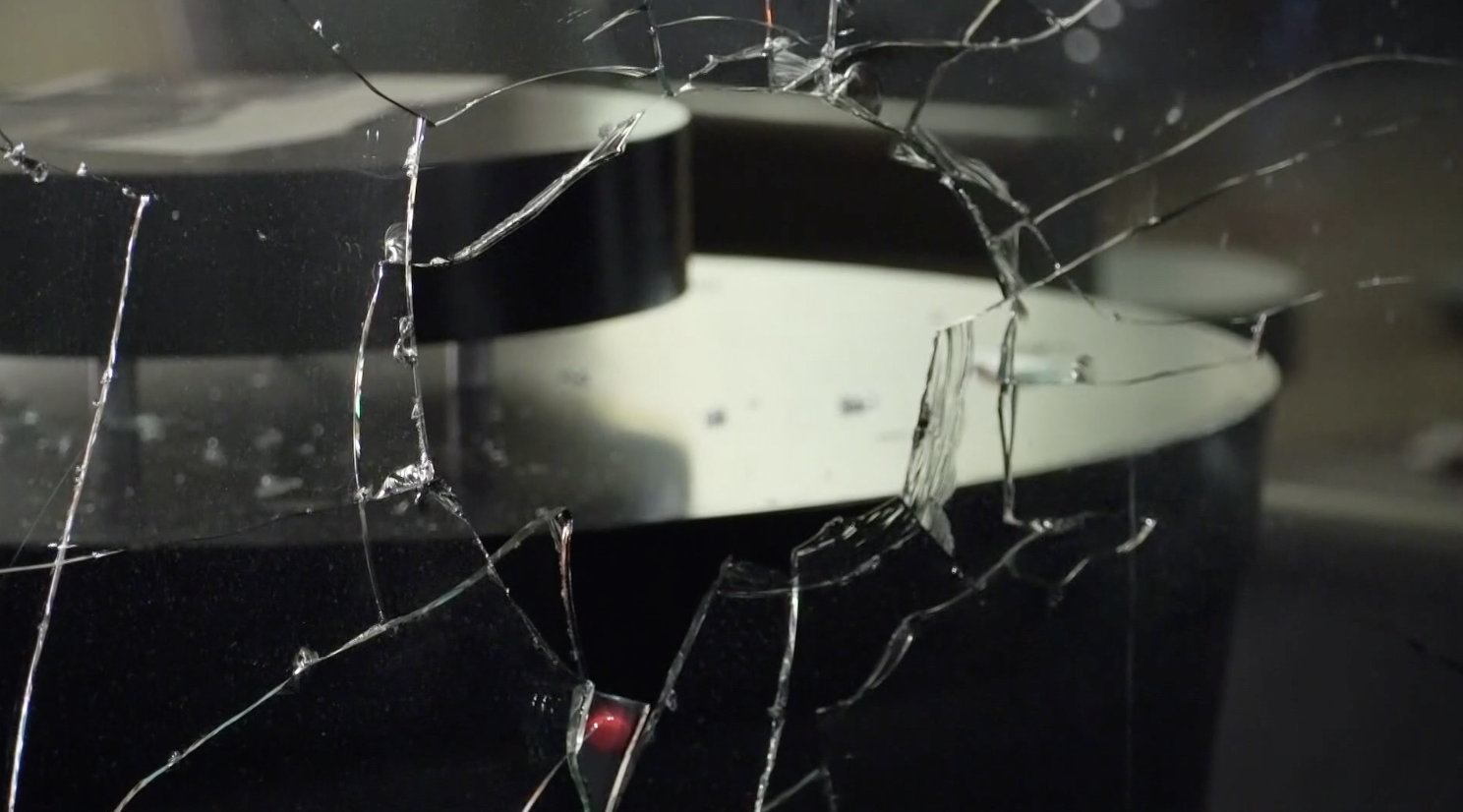 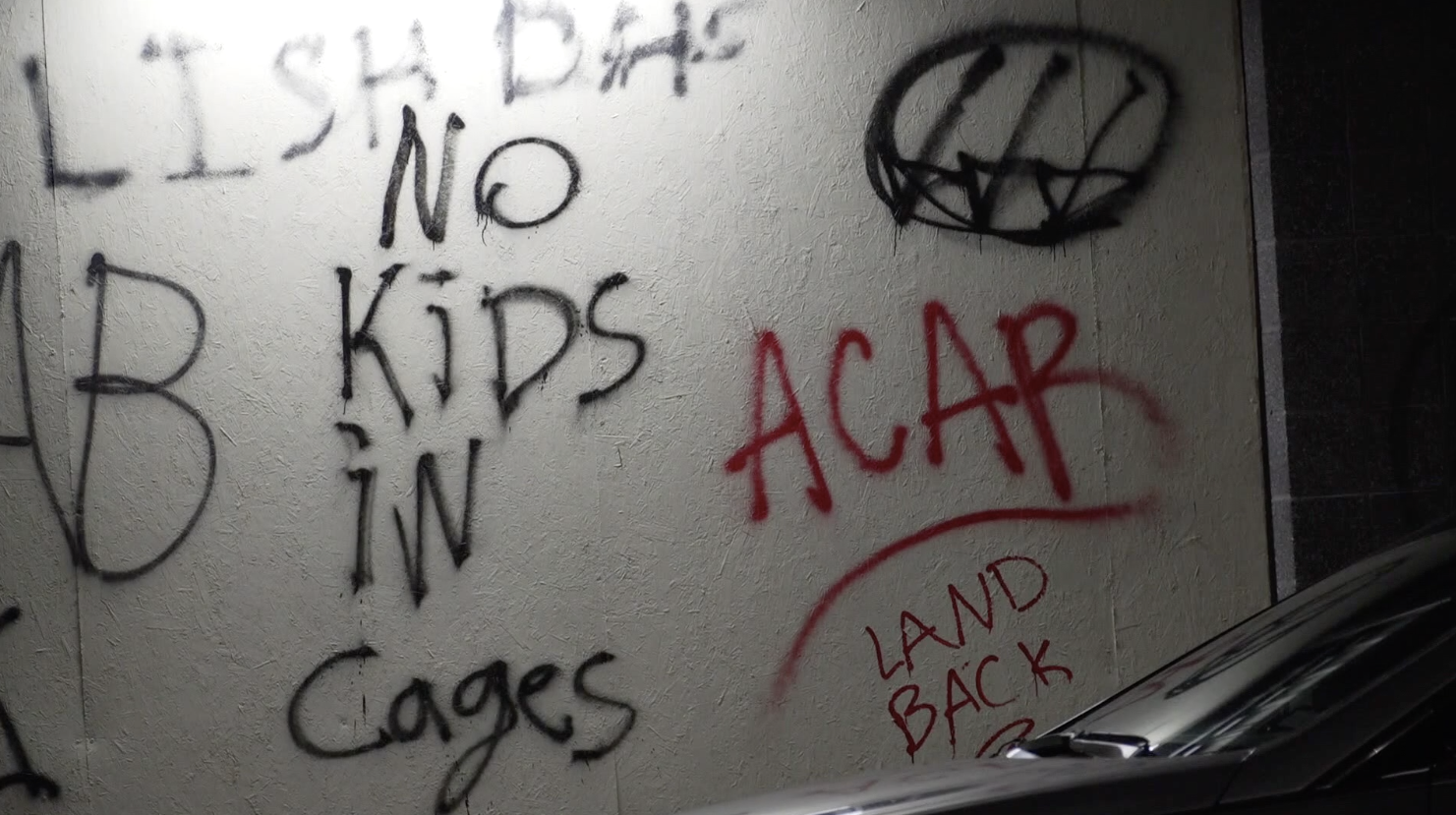 This lead to the arrest of two individuals – Darrell Kimberlin, 31, and a 17-year-old boy.

Kimberlin was booked on a first-degree criminal mischief charge and this was his third time he was arrested during Portland protests, the outlet reported.

The teenager was booked for interfering with a peace officer and third-degree escape.

However, he was later released to his parents with a hearing yet to be scheduled. 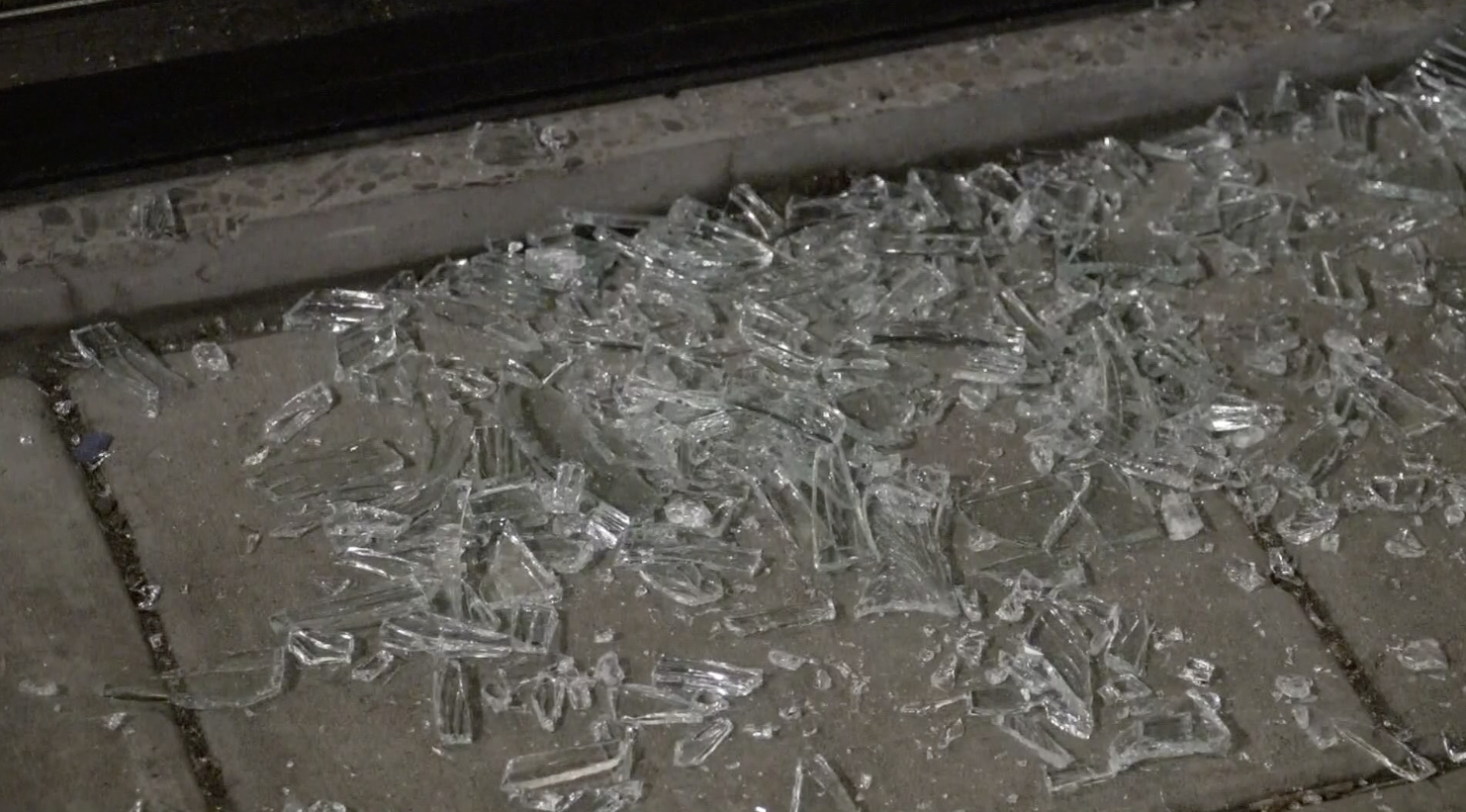 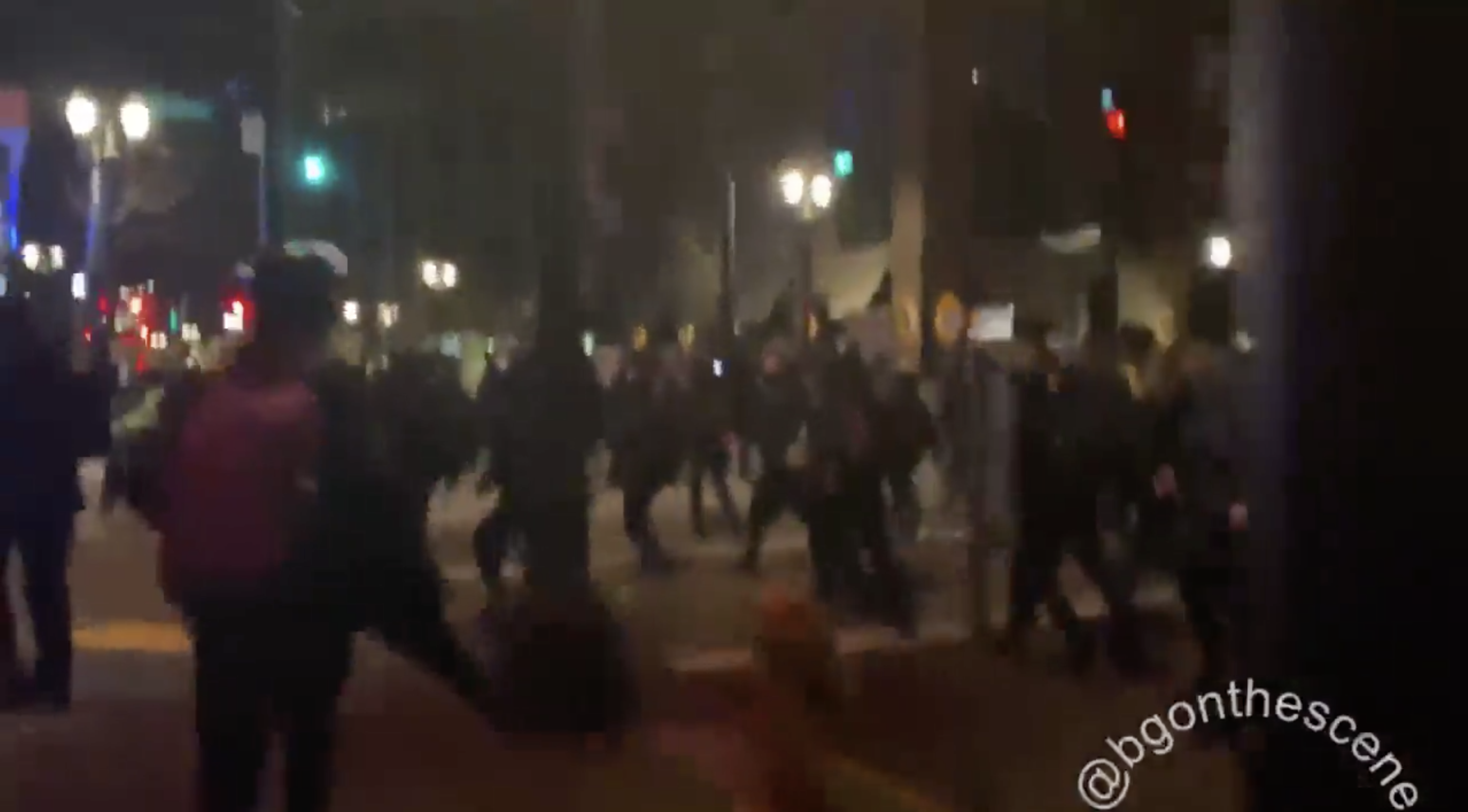 The news comes just days after a top cop exclusively told The Sun that Antifa operates "like Al-Qaeda" and wants America "burned to the ground."

Sergeant Betsy Brantner Smith, spokesperson for the National Police Association, claimed that the "dangerous" left-wing group is full of "lone wolves" like the notorious terrorist group.

Speaking exclusively to The US Sun, Sgt Brantner Smith compared the left-wing mob's operations to that of Al-Qaeda, the terrorist militants behind the September 11 attacks.

Antifa, meaning anti-fascist, is the umbrella term for a broad spectrum of far-left and anarchist groups who fight against actions they believe to be racist, homophobic, authoritarian and xenophobic. 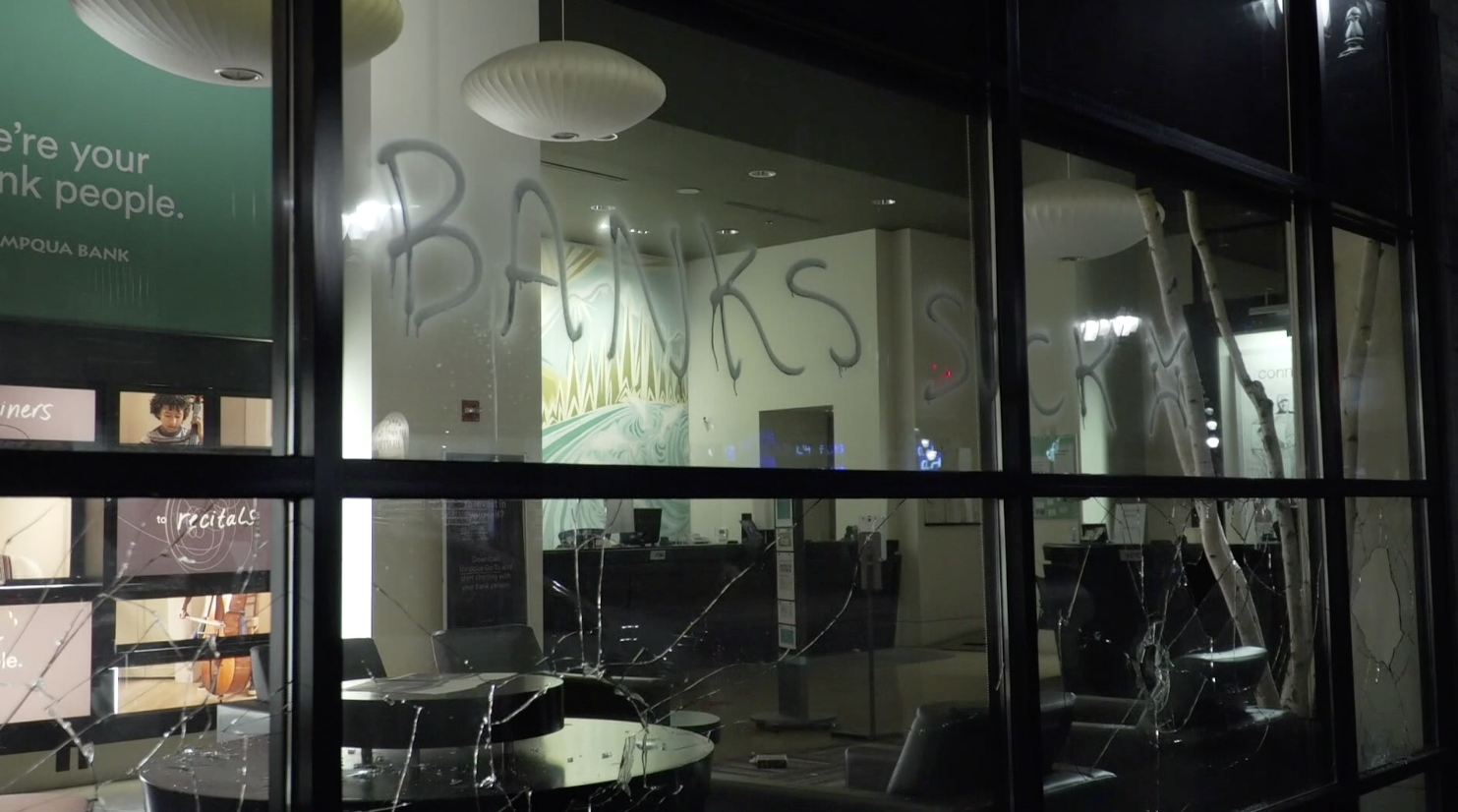 The group has been linked to violent riots and possible terrorist-style attacks – but it has been claimed by Dems and some law enforcement figures that the threat is overblown.

Sgt Brantner Smith claimed the group attempts to recruit people who do not conform to "societal norms" and may exploit "vagrants" to bring them into Antifa.

And she suggested there may be attacks as she said Antifa wants to "burn down" the US and uses "lone wolves" – potential threats who are radicalised and carry out attacks alone.

The 29-year police veteran said: "They really love that whole ‘I’m an Antifa rebel’ and what Antifa does is they take care of those people.

"In a way, it’s similar to what Al-Qaeda did or does. With Al-Qaeda, there was a structure and we knew who the leaders were.

"Then there were the ‘lone wolves’ who were inspired by Al-Qaeda but would do their own thing. "