PORTLAND Black Lives Matter protesters are "trying to commit murder" by trying to torch buildings while cops are inside.

A riot was declared in the city on Wednesday evening when protesters descended upon the Police Bureau's East Precinct building, spray-painted over security cameras, broke a glass door with a 2×4, lit a fire using an accelerant and threw fireworks and other objects at officers. 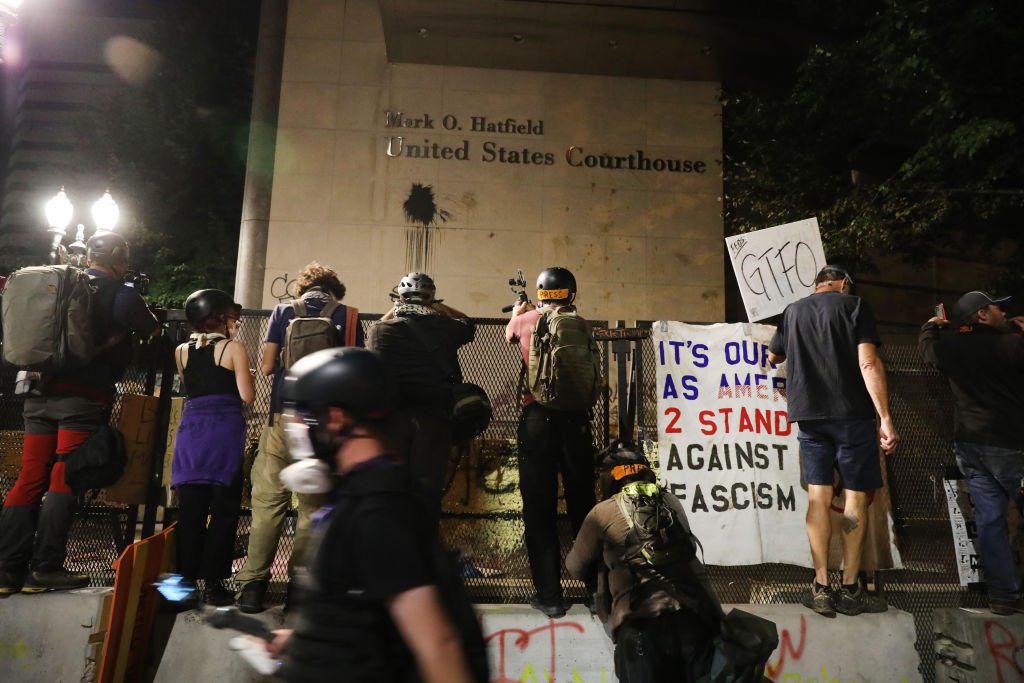 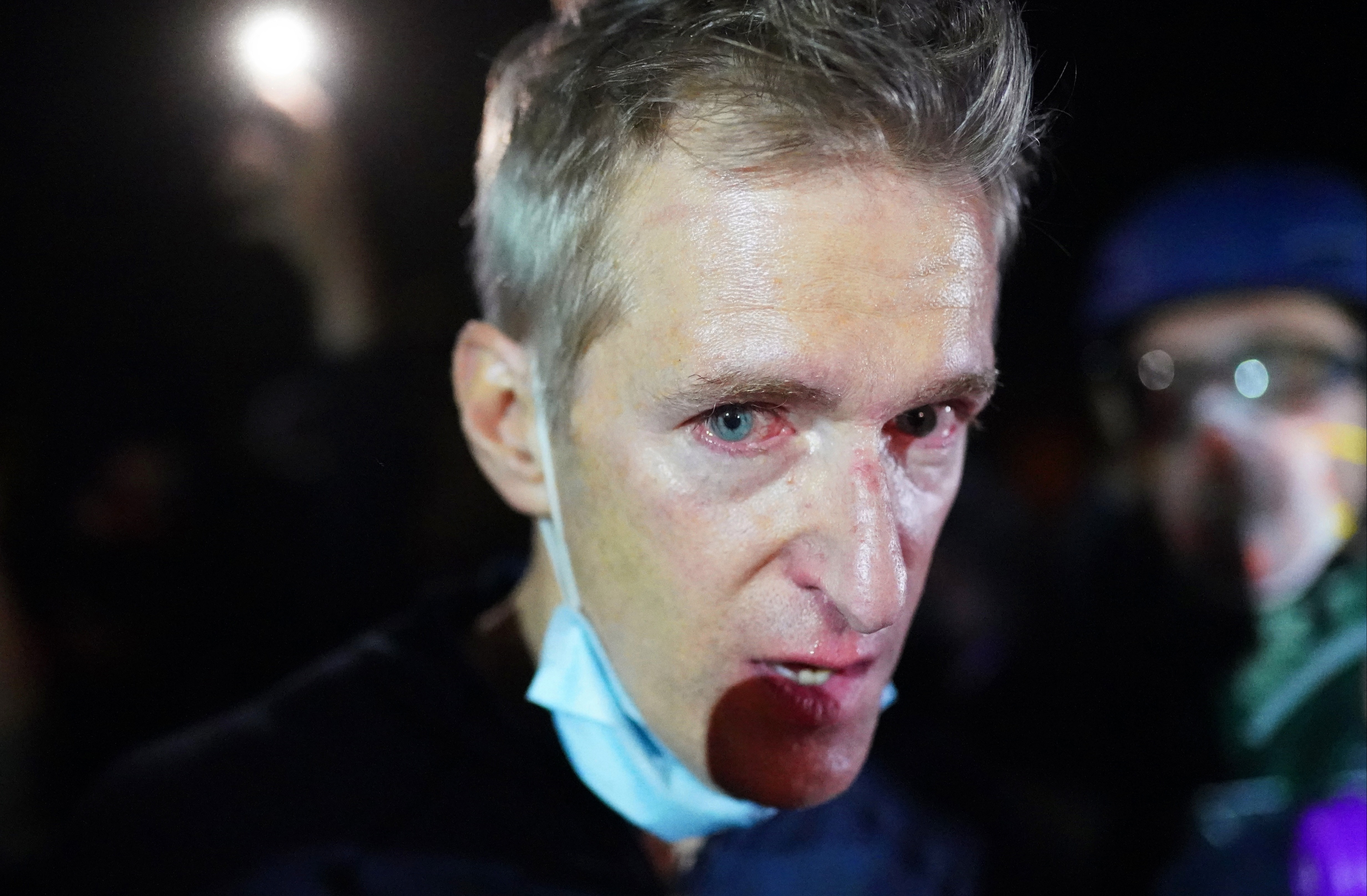 The front doors of the precinct were barricaded with more than 20 officers and civilian employees inside before a fire was lit, police said.

At least eight people were arrested following the riot.

Mayor Ted Wheeler condemned the rioting on Thursday evening and told reporters: "When you commit arson with an accelerant in an attempt to burn down a building that is occupied by people who you have intentionally trapped inside, you are not demonstrating, you are attempting to commit murder."

"I believe that city staff could have died last night," he added. "I cannot and I will not tolerate that. This is not peaceful protests. This is not advocacy to advance reforms." 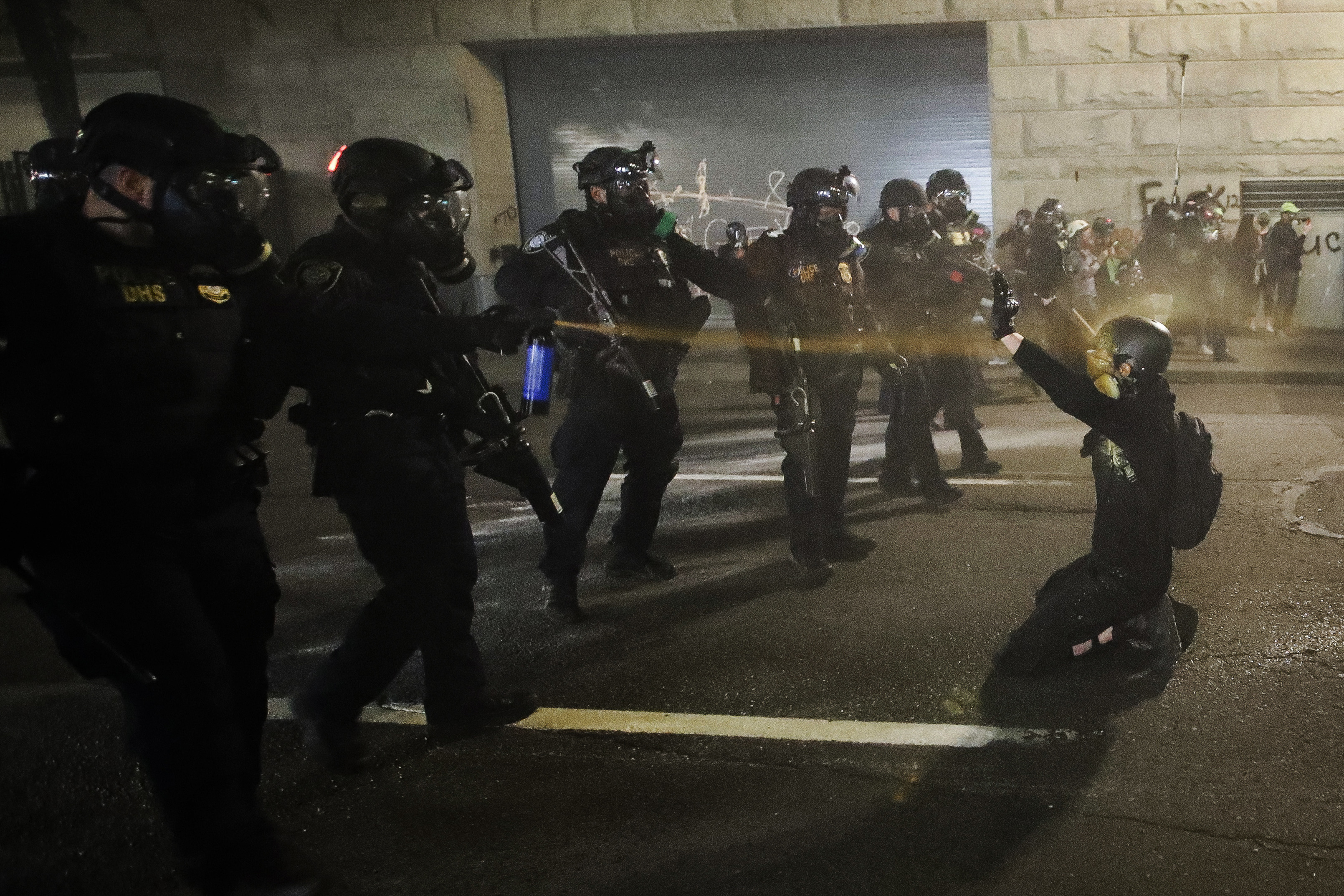 "If you are a nonviolent demonstrator and you don’t want to be part of intentional violence, please stay away from these areas," he said.

"Our community must say that this violence is not Portland, that these actions do not reflect our values and these crimes are distracting from reform, not advancing."

The mayor went on to tell protesters that their actions will be used in the reelection of Donald Trump.

He said: "Don't think for a moment that you are if you are participating in this activity, you are not being a prop for the reelection campaign of Donald Trump — because you absolutely are.

"You are creating the B-roll film that will be used in ads nationally to help Donald Trump during this campaign. If you don’t want to be part of that, then don’t show up."

Portland has seen more than two months of often violent demonstrations following the police killing of George Floyd in Minneapolis.