Police have launched a probe after Arron Banks’ Twitter account was hacked by cyber criminals who allegedly dumped the contents of his private direct messages online.

The self-confessed Bad Boy of Brexit was locked out of his Twitter account by the hackers who downloaded the contents of his direct message inbox and shared the contents online. 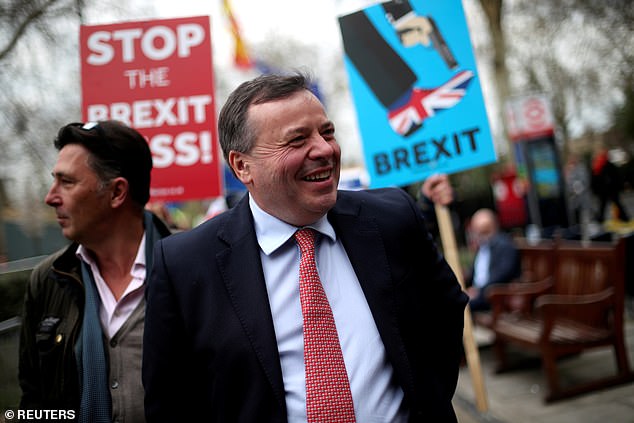 Arron Banks, pictured centre, beside his spokesman Andy Wigmore, left, complained that his Twitter account had been hacked and cyber criminals had accessed private messages

Avon and Somerset Police are investigating a suspected breach of the Computer Misuse Act.

According to Twitter: ‘We have taken steps to secure the compromised account. We will continue to take firm enforcement action in line with our policy which strictly prohibits the distribution on our service of materials obtained through hacking.’

Avon and Somerset police said: ‘We are investigating whether any offences have been committed under the Computer Misuse Act after we received a report that a Twitter account was compromised.’