This is the moment police on lockdown patrol fined a shopper £200 after he ‘verbally abused’ staff who had asked him to wear a face mask.

Police had to intervene after the man, who was browsing a DIY store in Birmingham, refused to comply with the anti-Covid measure.

In the footage, the customer can be heard telling an officer: ‘It’s a lie – it’s not the law to wear a mask. I ain’t got one.’

He goes on to say: ‘How are you meant to know to wear a mask when you don’t watch the news?’

The policeman replied: ‘I’m not having it that you don’t know. You know.’

The number of Covid-related fines handed out by police forces across the country is set to increase, according to National Police Chiefs’ Council (NPCC) chairman Martin Hewitt.

It comes amid an increase in local lockdown regulations and continuing pressure from the Government for police chiefs to come down hard on lawbreakers. 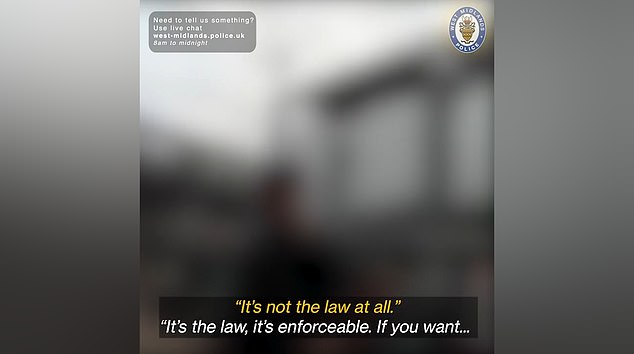 Police had to intervene after the man, who was browsing a DIY store in Birmingham, refused to wear a face mask and abused staff

The drive to fine Covid rule breakers comes despite new figures showing that, of 18,646 enforcement letters sent out in England and Wales, only 9,428 penalty charges had been paid, while 9,413 had not.

These include some people who are formally contesting their fine, while others who have not paid fall to be considered for prosecution.

How much can you be fined for failing to wear a face mask?

Repeat offenders receiving fines on public transport or in an indoor setting will have their fines doubled at each offence.

There is no reduced fine for fast payment after the first offence.

Other data published by the NPCC on Wednesday also showed that hundreds of travellers suspected of breaking quarantine rules had not been traced.

Meanwhile, it recently emerged that police officers checking on Britons who should be quarantining after returning from abroad will abandon their search if no one answers the door on their second visit.

The footage from Birmingham was released by West Midlands Police as part of their latest crackdown on people dodging anti-Covid rules.

And in another clip, police can also be heard paying a visit to a chicken shop, where walk-in customers were still placing orders after midnight.

West Midlands Police say both food joints were given a verbal warning on this occasion but would not be so lenient in the future.

The government guidelines stipulate premises where face coverings are required should take reasonable steps to promote compliance with the law.

Restaurants cannot serve food to in-house diners after 10pm and can only operate a takeaway or delivery service. 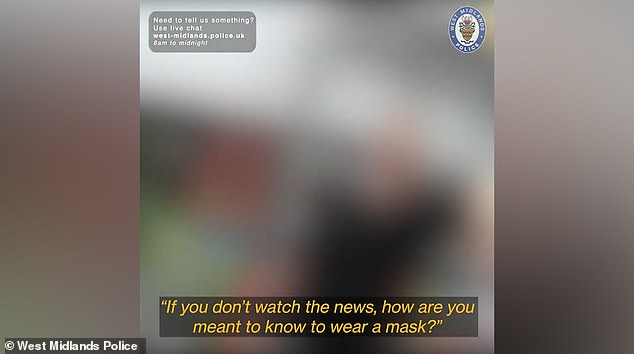 In the footage, the customer could be heard telling an officer: ‘I don’t watch the news, how are you meant to know to wear a mask?’ 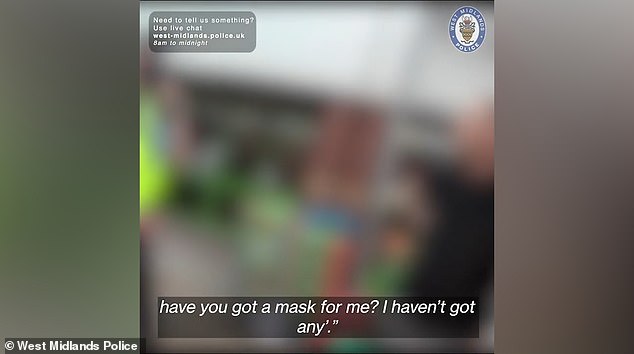 Four regions in the West Midlands – Birmingham, Solihull, Sandwell and Wolverhampton – are already under stricter Covid restrictions than the rest of the country.

As part of a police crackdown, Blossoms nightclub in Wolverhampton has been issued with a closure notice for breaking Covid rules, while PBs bar in Hockley has had its licence revoked.

It comes just a week after the Castle Bromwich Hall Hotel in Solihull was banned from holding events until January next year after a funeral held last Friday was attended by around 200 people. 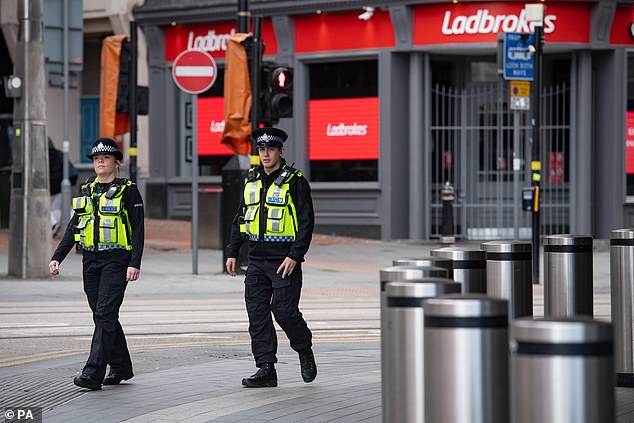 The footage from Birmingham was released by West Midlands Police as part of their latest crackdown on people dodging anti-Covid rules. Pictured are police on patrol