Police are contacting 400 witnesses from the original trial for the 1998 murders of two Victorian police officers, Sergeant Gary Silk and Senior Constable Rodney Miller, as prosecutors prepare for the retrial of Jason Roberts.

The Court of Appeal last month quashed Mr Roberts' 2002 conviction for the murders and ordered a new trial after they found police misconduct affected the fairness of the first trial. 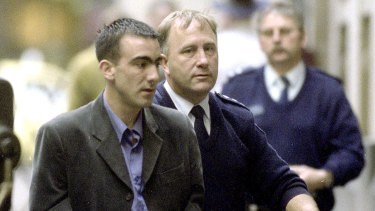 In the Supreme Court on Thursday, prosecutor Ben Ihle, SC, told the virtual administrative hearing, called a directions hearing, that police faced a major task in contacting witnesses from the original trial as they narrow down what evidence will be relied on for the new case.

Mr Ihle said the first trial went for four months and involved 160 witnesses with 400 witnesses on the original deposition.

There were a number of issues that would have transpired in the 18 years since the first case, Mr Ihle said, including witnesses having died or left the jurisdiction which, because of the COVID-19 pandemic, may present difficulties in being able to contact people. 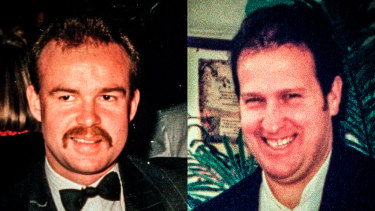 Mr Roberts' barrister David Hallowes, SC, said the matter had not "just landed in prosecutors' lap" and there had been a number of recent hearings where considerable thought had been given to the new case.

"They would have a very good idea now about all of those matters and that's why we are puzzled why it would take towards the end of March for those documents to be provided," Mr Hallowes said.

Justice Kaye granted prosecutors until March 19 to provide an opening, which outlines the case against Mr Roberts.

"I think it's better the prosecution opening is thorough and complete," Justice Kaye said.

He said that so far, Legal Aid have agreed to fund a minimal defence team.

"It is most important that the defence be adequately resourced in a case such as this," Justice Kaye said.

"The significance of this case, the sheer complexity of it, the volume of it, would seem to me that a defence team consisting of silk, junior and a skilled solicitor such as the one you have would actually be a minimum requirement."

A date has not yet been set for the new trial.

The court separately confirmed that lawyers for Mr Roberts, 40, have lodged an appeal against Justice David Beach's decision last month to refuse bail ahead of the trial.

Mr Roberts, who appeared in court over video from Barwon prison, has been in custody since his 2000 arrest.

In 2002, he and Bandali Debs were found guilty of murdering Sergeant Silk and Senior Constable Miller, who were shot dead in Moorabbin on August 16, 1998, while on a stake-out after a series of armed robberies in the area. Debs, whose conviction stands, and Mr Roberts were jailed for life.

Mr Roberts claims he is innocent and that Debs alone shot both officers.