Police are bracing for a surge in car numbers on the state’s roads this festive season as overseas travel remains all but ruled out because of the coronavirus pandemic.

Officers say rural and regional roads are of particular concern, with a significant number of motorists expected to travel long distances at high speeds on unfamiliar and busy roads. 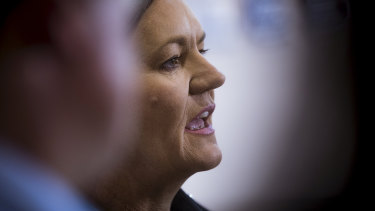 On Friday Assistant Commissioner Libby Murphy launched Operation Roadwise, a three-week-long blitz, and said drug and alcohol testing would take place throughout the state to get those impaired by substances off the roads.

“Victorians have worked tirelessly and sacrificed so much to be able to spend this Christmas with the people they love,” she said.

“It would be devastating to think that someone might never make it to Christmas lunch or their holiday away with family due to recklessness or inattention on the road.”

More than 200 baubles are hanging from a Christmas tree at police headquarters, etched with the first names and ages of those already killed on Victorian roads this year. 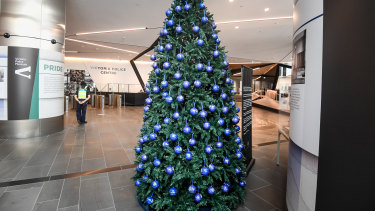 They are joined by the names of five of the force’s own.

Ms Murphy said each name on the tree represented heartbreak in the community.

“It’s a tragic reminder that no one is immune to road trauma. Everyone who loses their life on our roads is missed by someone,” she said.

As part of Operation Roadwise, police are urging motorists to slow down, avoid distractions such as using mobile phones while driving, buckle up and stop for rest breaks when travelling long distances.

“Many people will be attending parties and other events to celebrate the end of the year, so if you are going to have a few drinks, then make sure you’ve planned how to get home without driving,” Ms Murphy said. 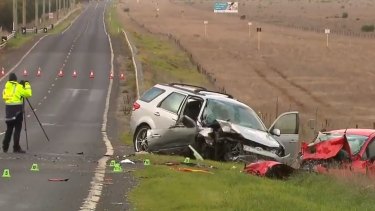 Everyone who loses their life on the roads is missed by someone, Ms Murphy said.Credit:Nine News

Operation Roadwise runs until January 6. During the same three weeks last year, 17 people were killed on the state’s roads.

There is currently an Australia-wide ban on all overseas travel, unless an exemption is granted.

At the end of each day, we’ll send you the most important breaking news headlines, evening entertainment ideas and a long read to enjoy.  Sign up here.