The aftermath of a plane crash on the streets of Sao Paulo, Brazil was caught on camera. Burning wreckage of the tragic plane crash was filmed as locals watched on in horror. The plane crash had landed onto the busy Avenue Braz Leme during rush hour traffic, before exploding into flames.

The crash took place just outside of the Campo de Marte Airport in the north of the Brazilian city.

According to the local fire department, the pilot had attempted an emergency landing due to suspected engine failure which would later prove catastrophic.

Seven fire engines were dispatched to the site and the fire was extinguished at roughly 6:40pm local time. 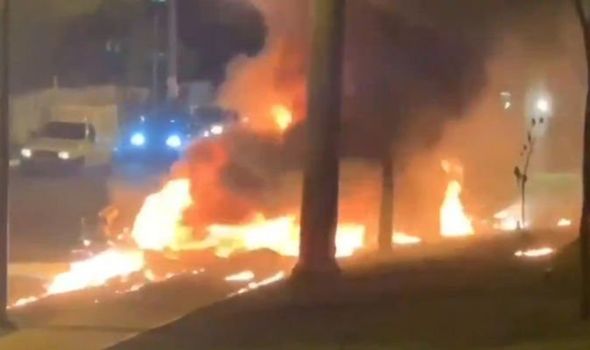 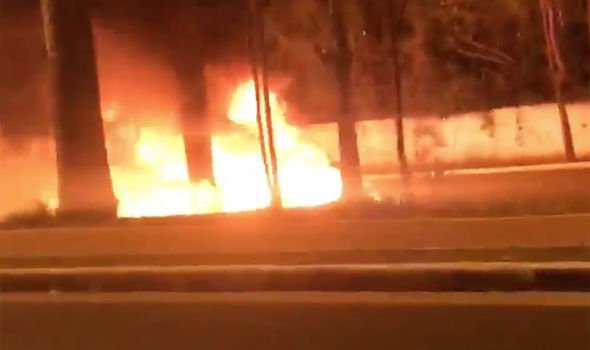 Local firefighters confirmed that the pilot died in the accident.

The body of the pilot, the sole occupant in the plane, was later taken away for examination.

Eyewitness Fausto Batista told G1 Globo: “I was driving on Braz Leme, I was about 50 meters from the plane when I heard an explosion.

“Then I saw a ball on fire. When I got closer it exploded a little more. 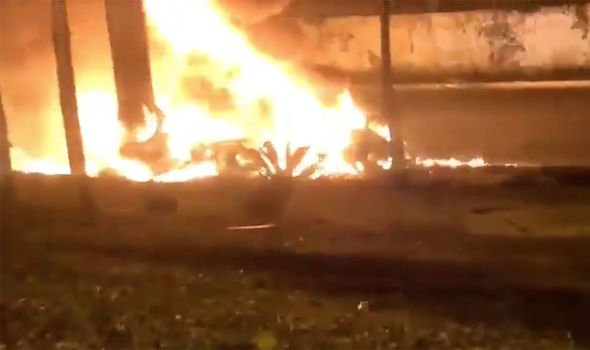 “I managed to see a body, but there was no way to get close.

“It was still on fire and it was very hot nearby.

“It was very fast, but I am almost sure that the plane did not crash on fire.

“I think the strong explosion happened in contact with the ground.” 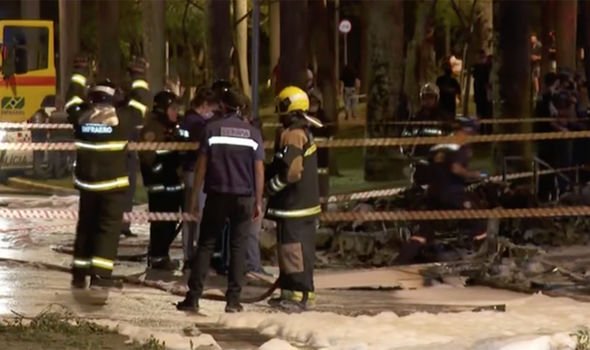 Another witness said he wasn’t sure whether it was “an airplane or car that was on fire”.

One social media user who lives near the airport said she saw the crash from her window: “I was closing the house window at the very moment that the explosion happened. I saw a big ball of smoke and fire.”

The twin-engine model BE-58, prefix PR-OFI, had reportedly flown in from the eastern city of Ubatuba.

The Center for Investigation and Prevention of Aeronautical Accidents (CENIPA) has confirmed that multiple investigations are now underway to determine the exact circumstances of the incident.