PIERS Morgan rallied against pro EU campaigner Gina Miller today as he claimed Parliament was filled with "three quarters Remainers" who "don't have an incentive to try to get a Brexit deal".

It comes as MPs returned to the Commons today after the Supreme Court ruled Boris Johnson's suspension of Parliament was unlawful. 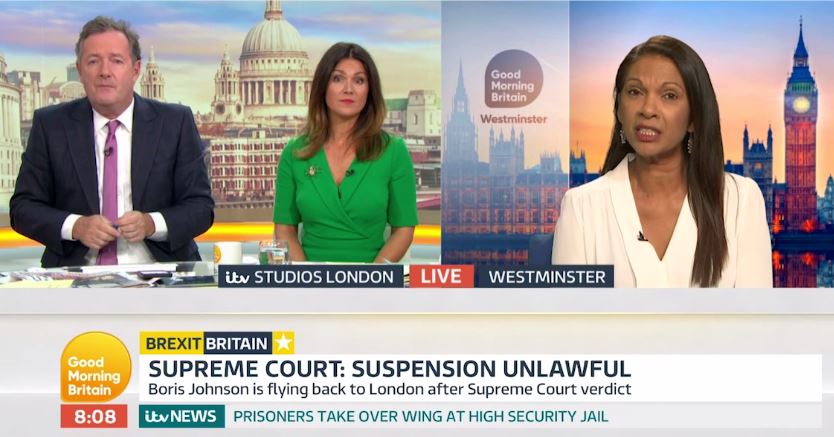 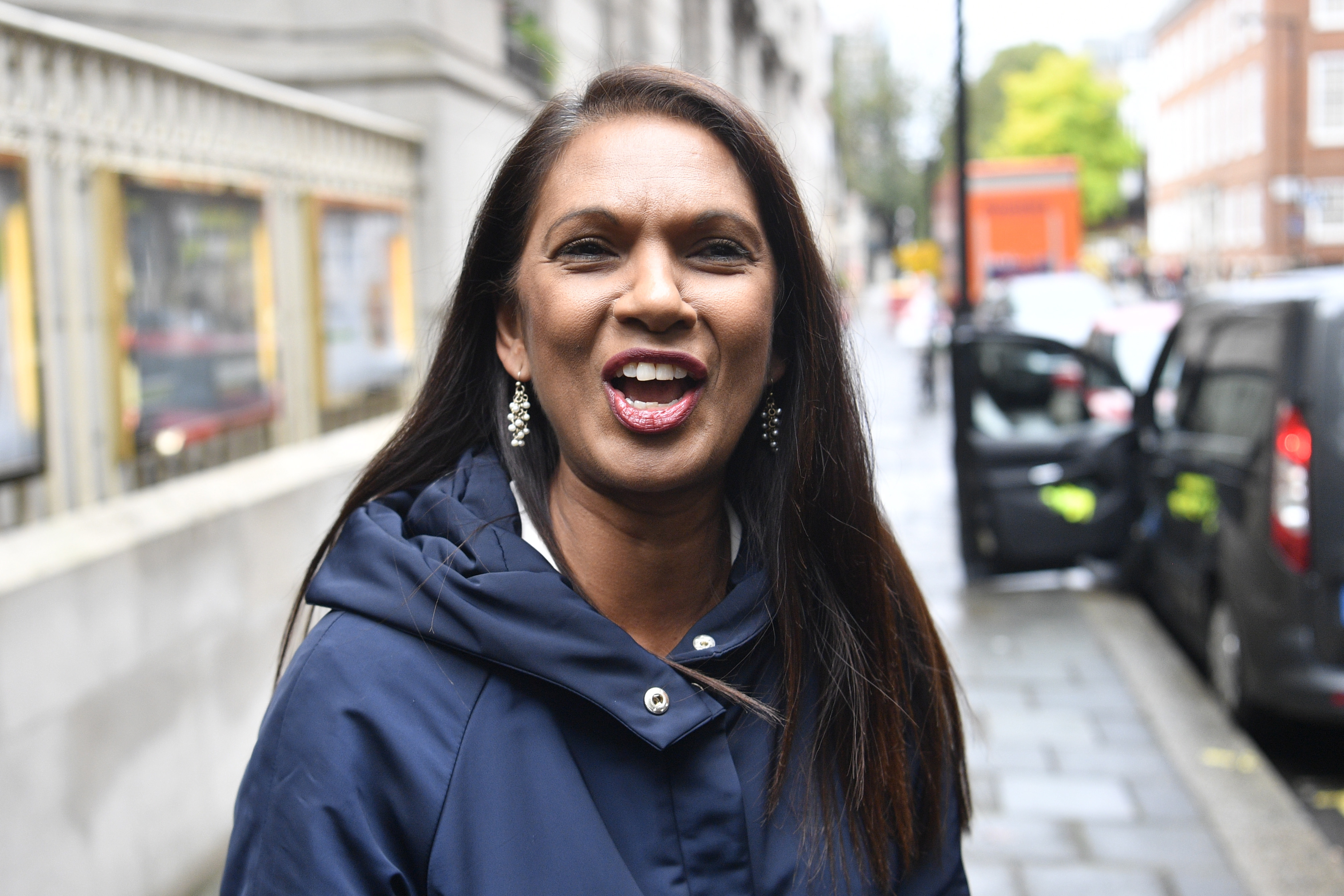 Appearing on Good Morning Britain today Mrs Miller, who is not officially aligned to any political party, said if "Brexit is gong to happen it's got to be a better deal than what we've got at the moment".

In response Mr Morgan claimed the problem was those sitting in Parliament were overwhelming in favour of Remain.

He said: "Parliament is filled with three quarters Remainers and I'm a Remainer…but it seems to me that's the problem.

"Parliament actually, collectively, does not represent the way that vote went in the Referendum and they don't have an incentive to try to get a Brexit deal.

"If you asked most of them they would say they don't want Brexit to happen and that seems to me to be the fundamental problem.

"So it's all well and good saying 'let Parliament do their job' but if Parliament is actually defying the will of the power in that Referendum vote that is not doing their job."

Mrs Miller denied she was an "unshamed Remainer" but told Mr Morgan it was the job of Parliament to "scrutinise everything" and "ensure that everything is done in the best interests of those who elected them".

She added: "The problem is…there's no coming together behind any one particular [Brexit] outcome and they have got to do that because everyone is fed up and frustrated".

Mr Johnson has faced a wave of calls to quit as he arrived home today from New York to face MPs following the sensational recall of the Commons and Lords.

It came after the Supreme Court yesterday ruled he misled the Queen by giving a false reason for suspending Parliament for five weeks in the run-up to Brexit.

Mrs Miller said there "must be consequences" as Mr Johnson had been found to have broken the law.

Brexit Party leader Nigel Farage also appeared on Good Morning Britain and rallied against the "political class", claiming they were "totally out of step with where the country is".

He also said Mr Johnson must resign as a "matter of honour" and suggested the only way out was a general election "to give people a very clear choice". 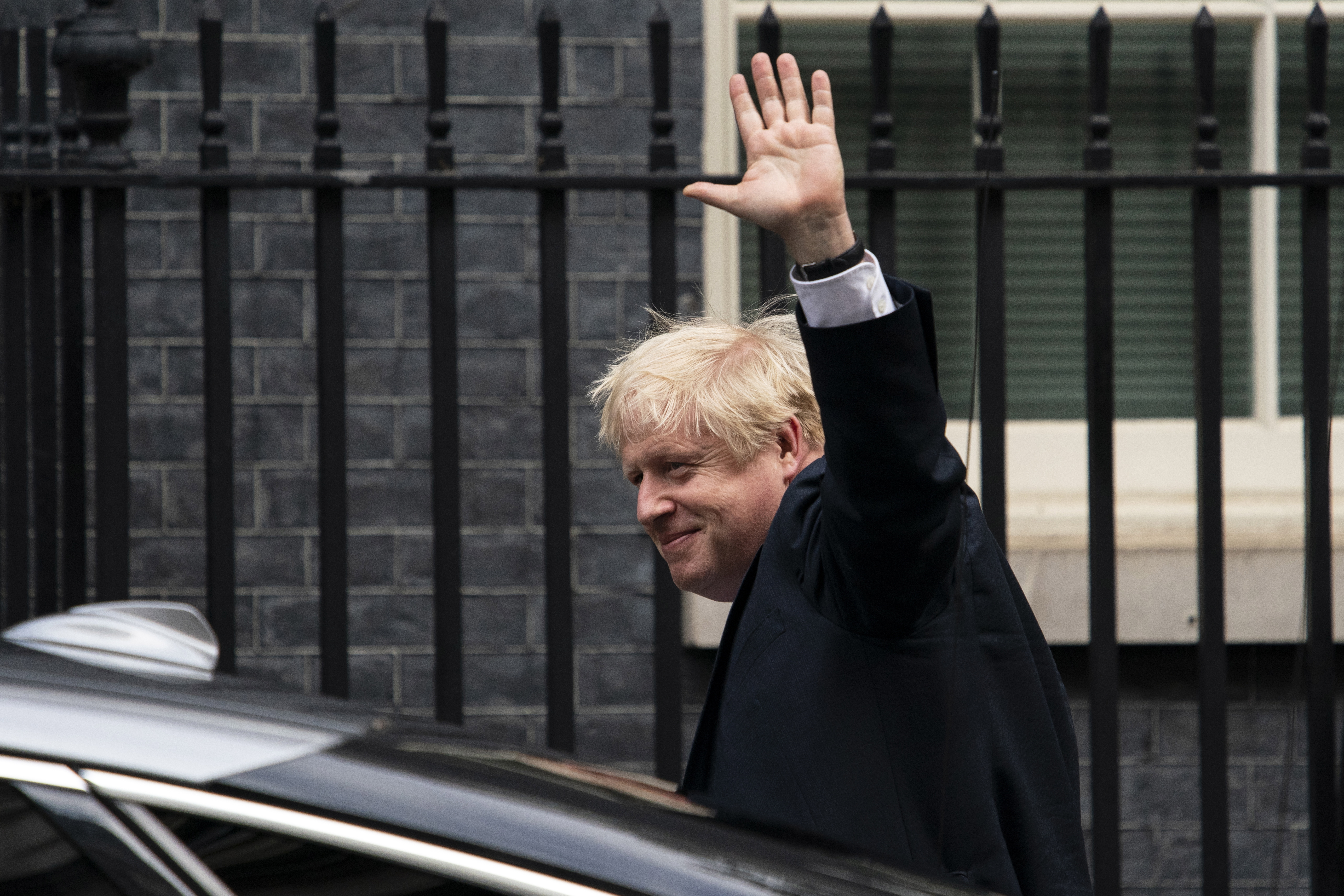