Widders has been standing up for our Chancellor of the Exchequer, Philip ­Hammond. Mr Hammond is the chap who resembles a member of the undead from a 1930s horror film. 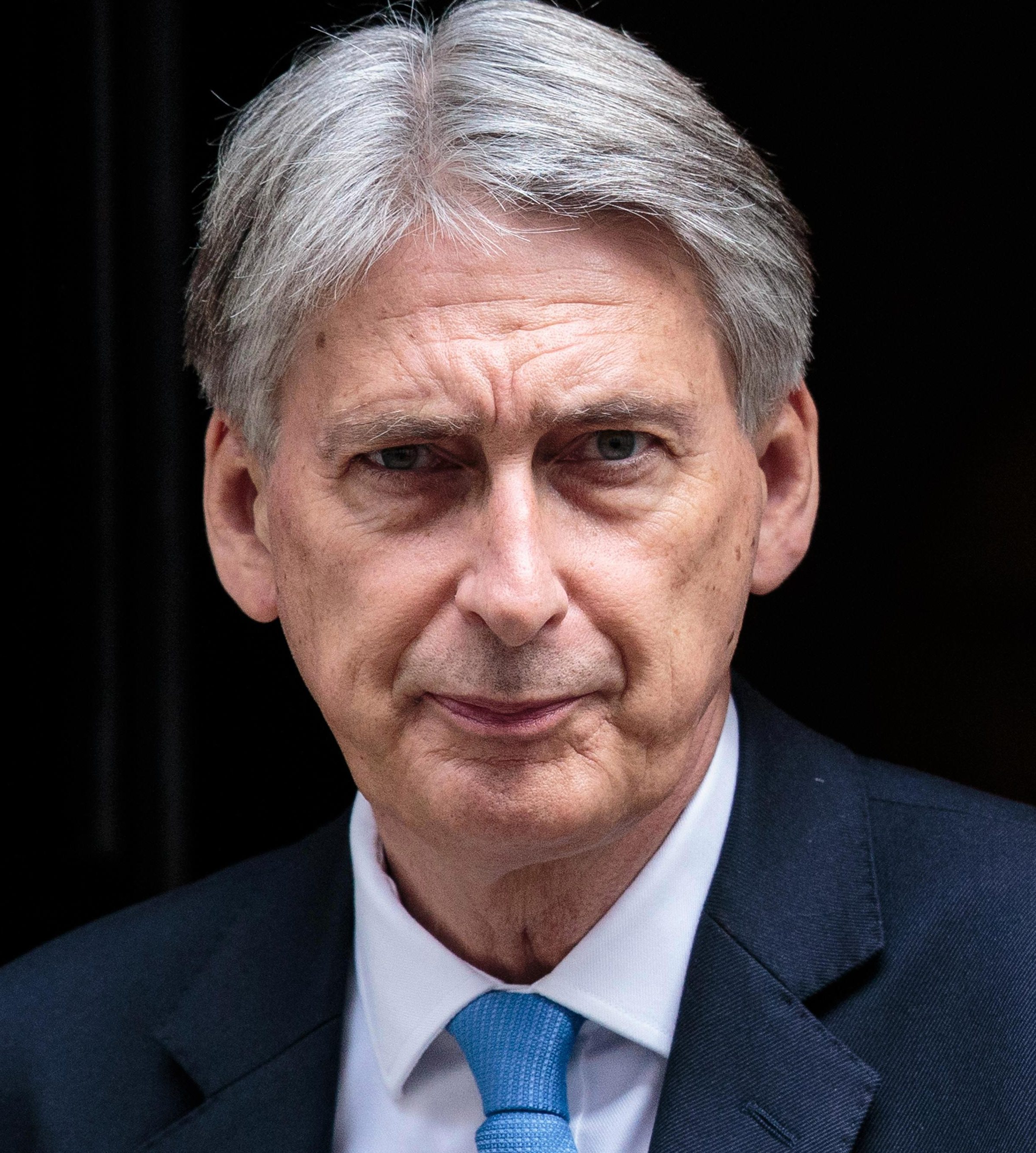 He is also by far the biggest ­impediment to Britain getting a decent deal out of Brexit from the Europeans.

He has spent almost his entire time in office posting dire warnings about what will happen to our economy if we tell Michel Barnier and Co to get stuffed, and leave with no deal.

Billions wiped off our GDP.

Swarms of killer bees and locusts, that kind of thing. 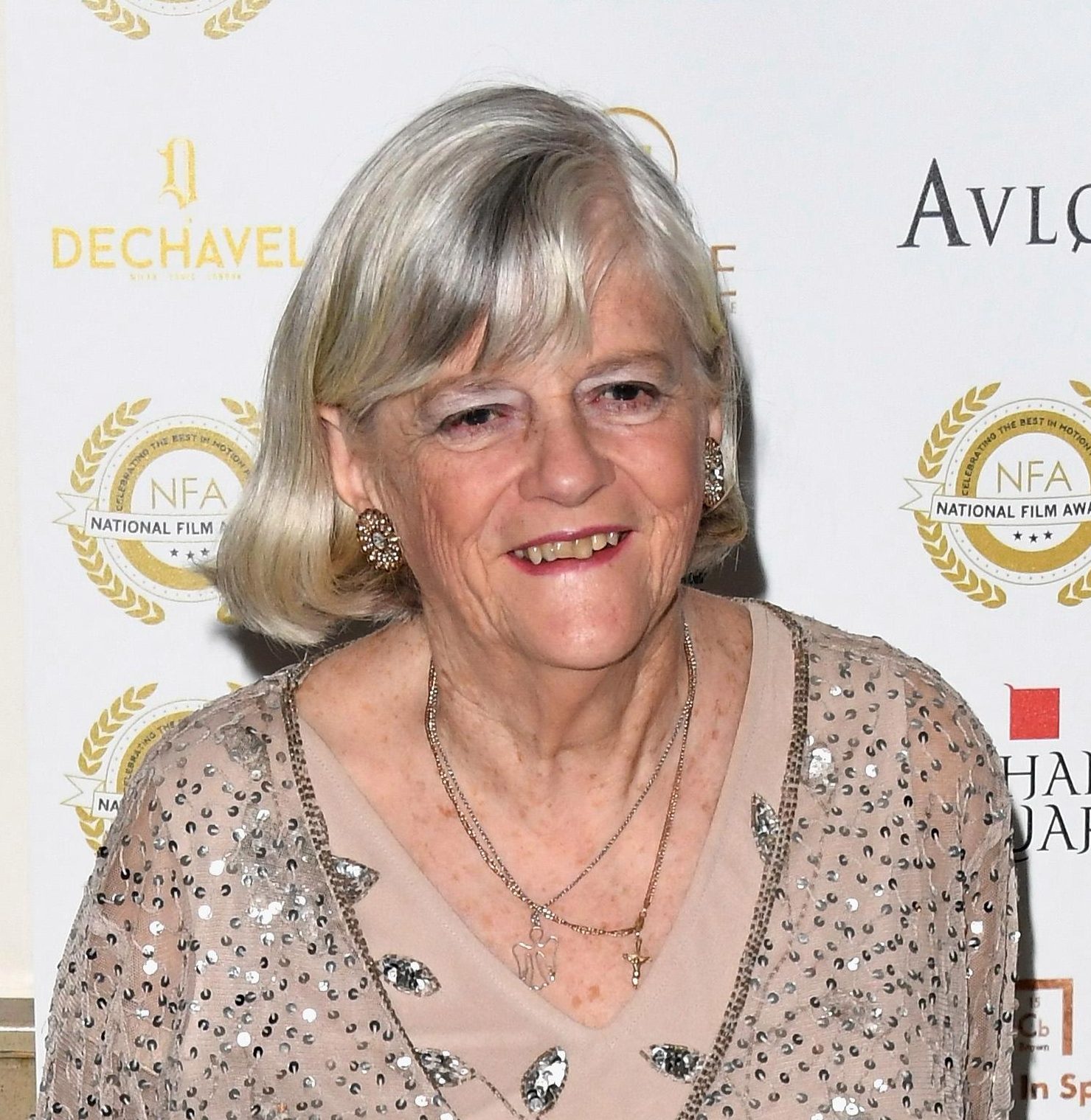 Predictions which are quickly discredited almost as soon as he utters them.

He is a gift to their negotiators.

For Theresa May it must be like having a goalkeeper whose hobby is throwing the ball in the back of his own net, time after time. Widdecombe says we are wrong to blame Hammond. 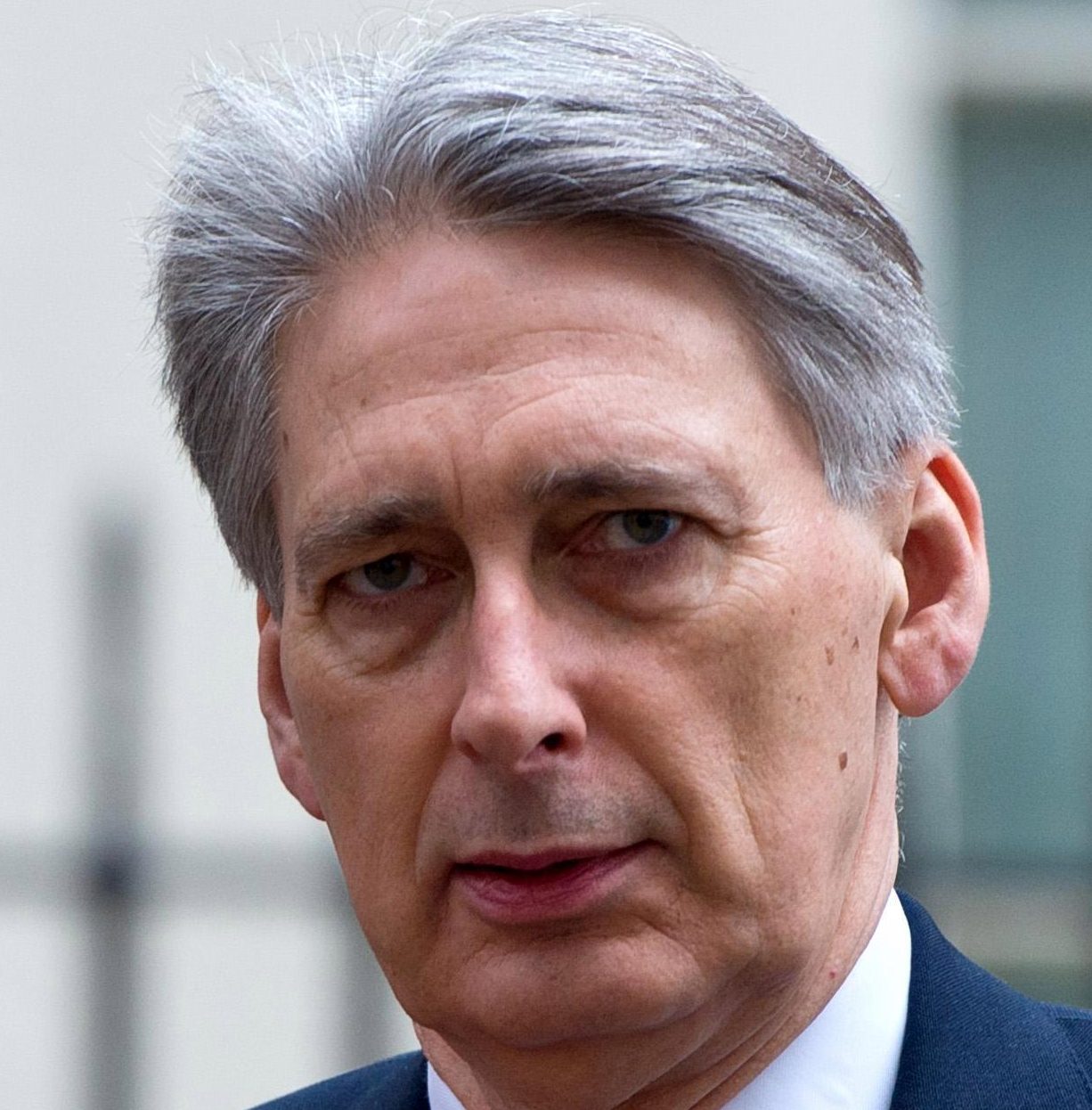 Phil Hammond has been a disaster as a Chancellor, mainly for his continual attempts to undermine our Brexit ­strategy. And that she will throttle the next man who calls him an “arch-Remainer”.

Well, I think he’s an arch-Remainer.

And I base that analysis on everything he has said both before our referendum and after it.

Oh, and also the fact that he voted Remain. 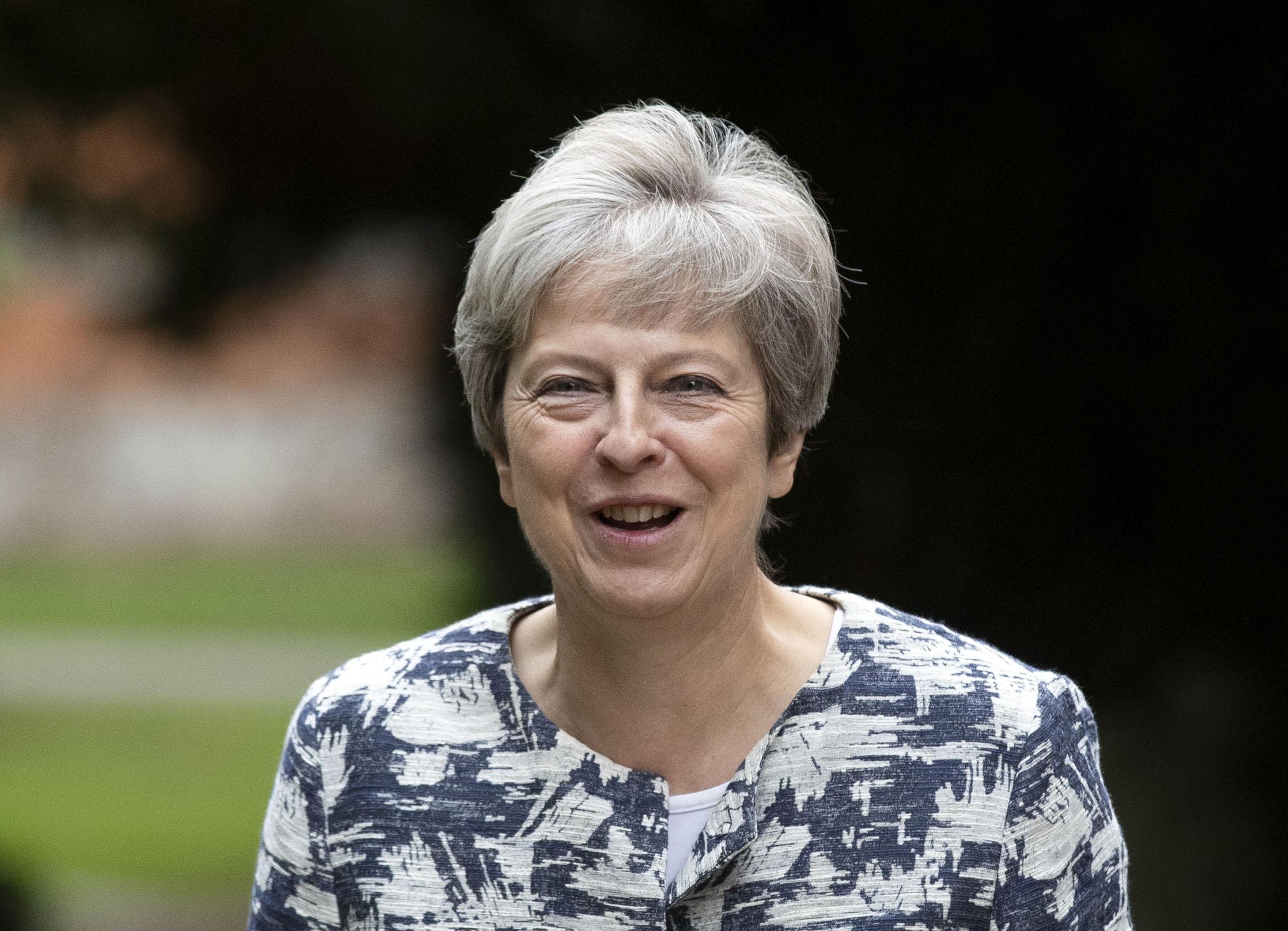 So Ann — if you’re listening — my windpipe is here for the taking.

Hammond has been a disaster as a Chancellor, mainly for his continual attempts to undermine our Brexit ­strategy.

This is a time when the Cabinet must be absolutely united in its resolve to either get a very good deal from that bloated and corrupt organisation, or get the hell out with no deal at all.

It’s bad enough that we have a Remainer in 10 Downing Street. But at least Theresa May is pledged to ensuring the will of the British people is respected.

Next door at No 11 there’s a Chancellor pledged to pulling the rug from under her feet at every opportunity.

He is arrogant and petty.

It came when Theresa May ­suggested that the next Budget should raise the levy on supermarket plastic bags from five pence to ten pence.

A good idea, in my opinion. 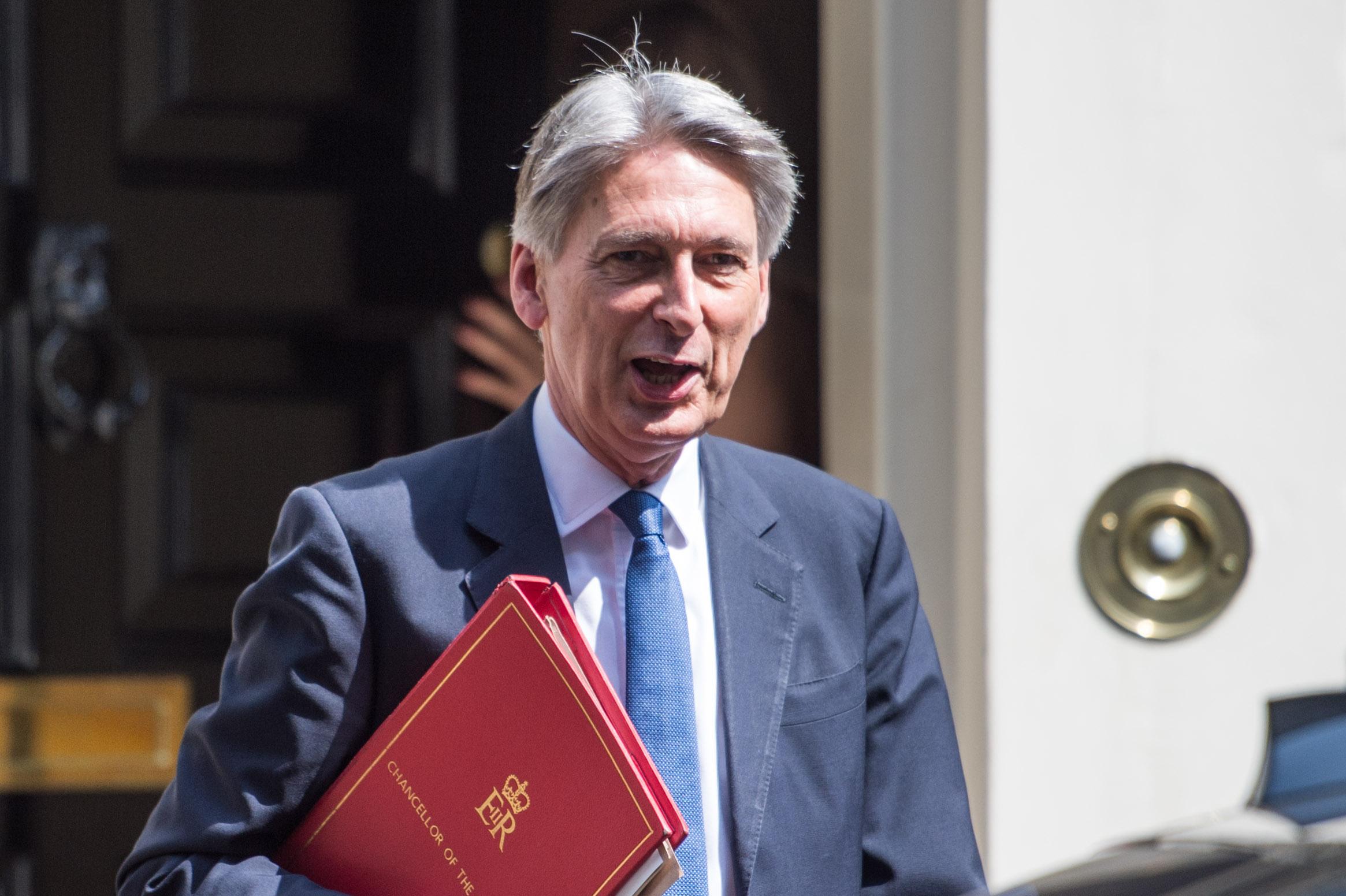 “Do not interfere in my Budget,” he screamed.

How very dare you! 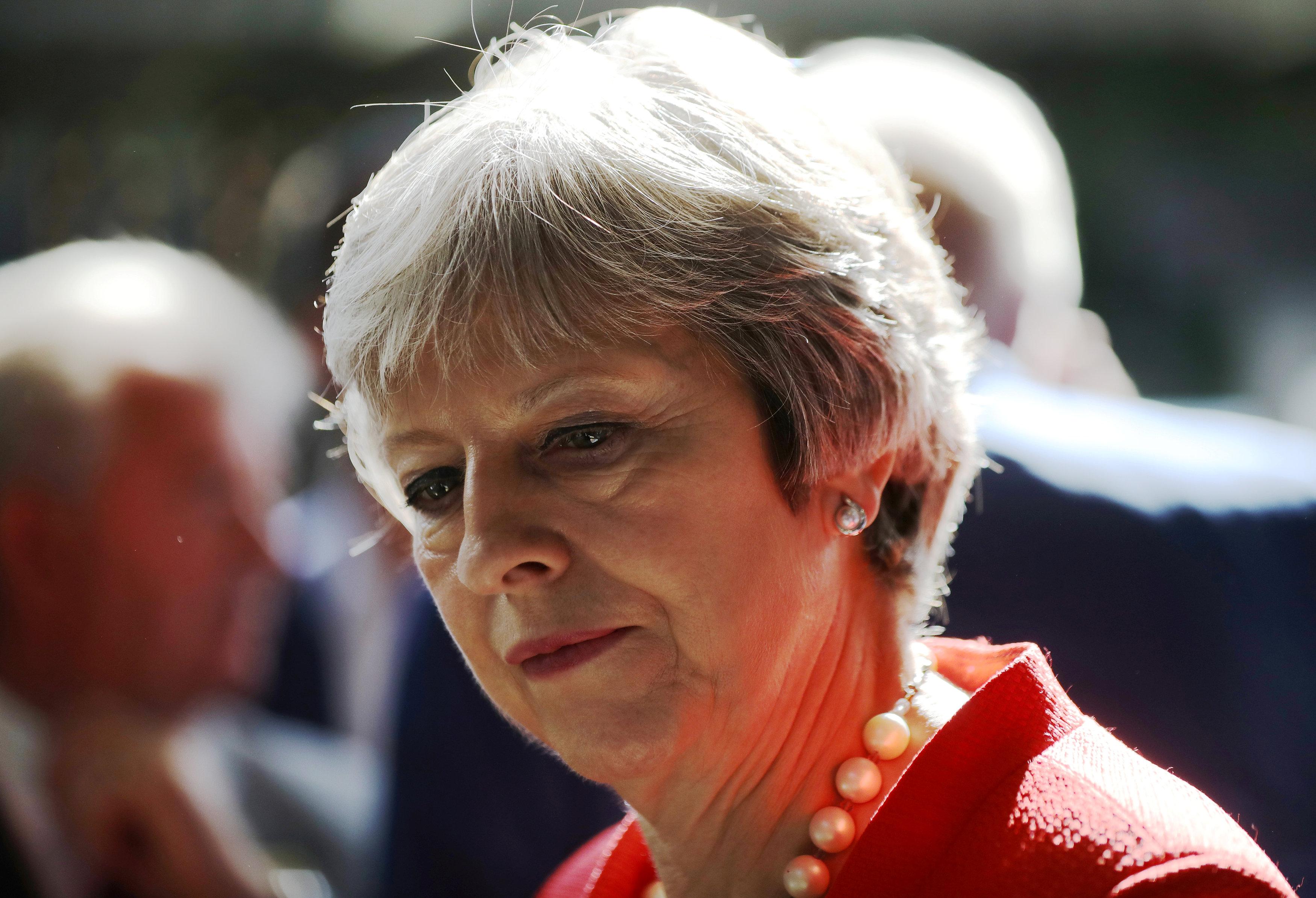 Relations between Phil Hammond and Theresa May are so bad that May cannot bear to be in the same room as himIt’s not your Budget, Phil.

It’s the ­Government’s Budget and the Prime ­Minister is entirely within her rights to say what she wants about it.

It is said that relations between the two are so bad that May cannot bear to be in the same room as him.

Well, there’s a solution to that. 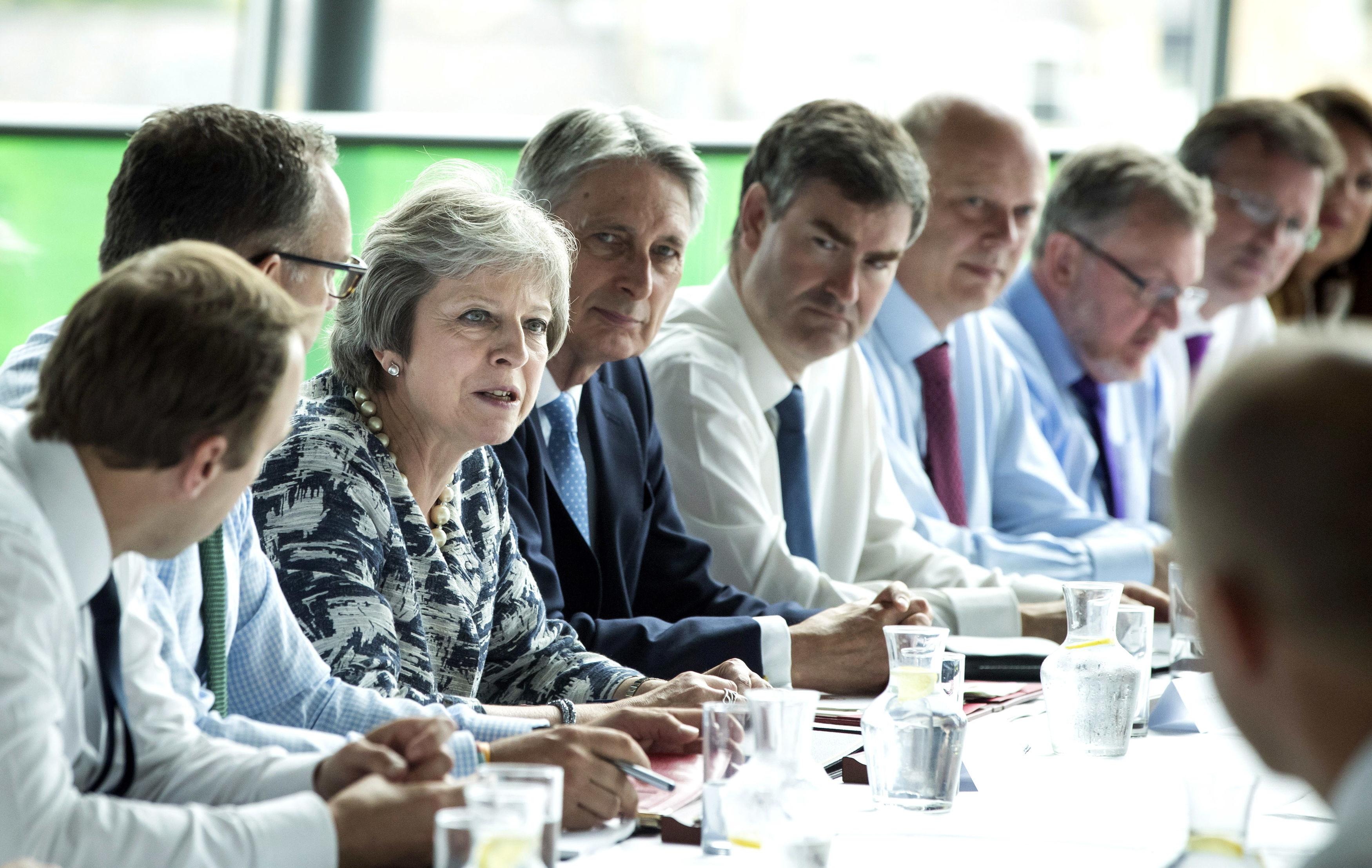 Make sure he never is by sacking him. He’s already been promoted way above his station.

He’d be much better off, and probably happier, running an undertakers in Leamington Spa.

We need a Cabinet which is united and focused on getting the best possible deal for Britain.

We can’t afford to harbour a sniper within our own ranks whose rifle is turned perpetually against his own side.

Bust news yet over payday loans 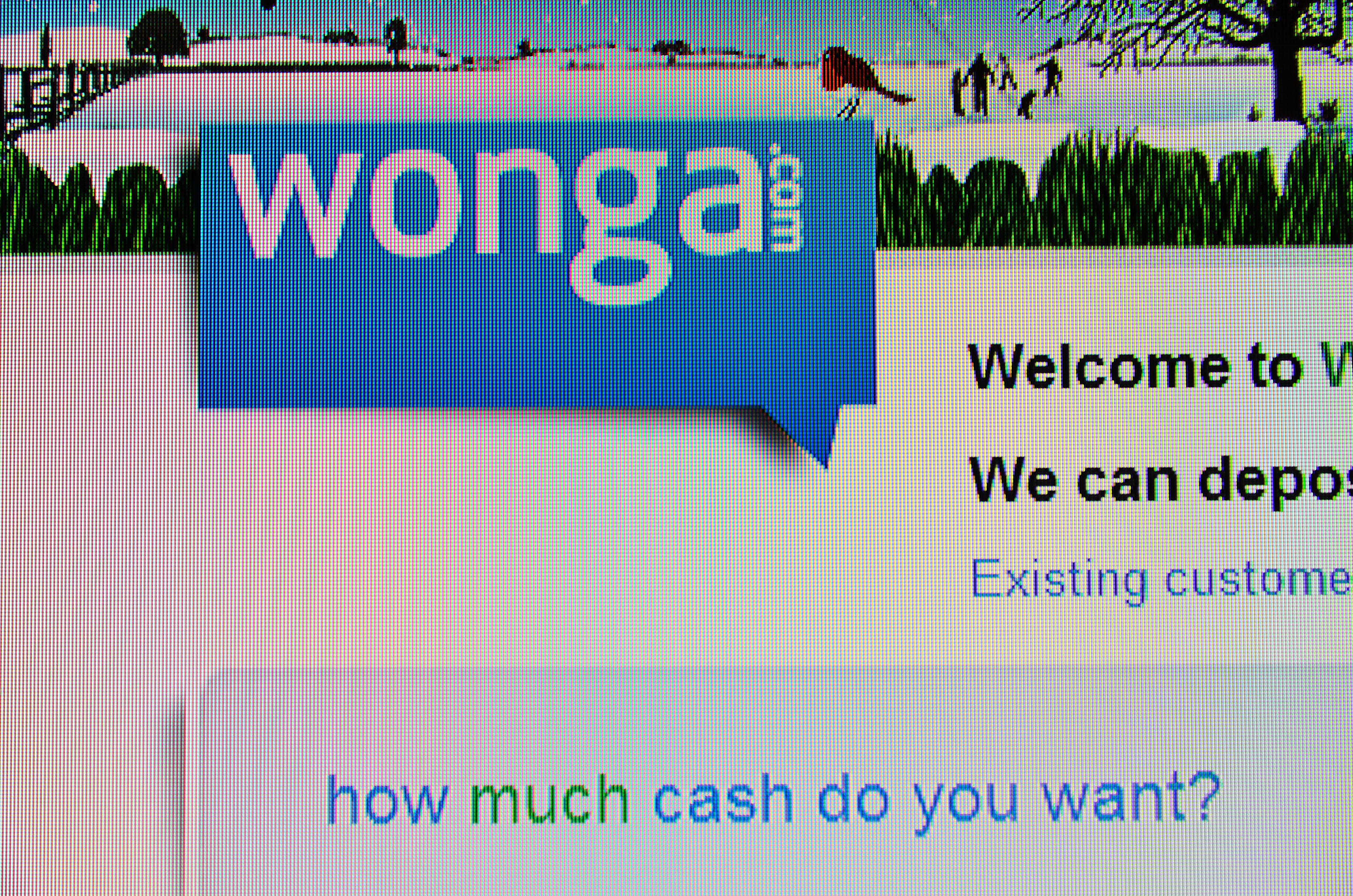 BEST news of the summer?

The payday loan people Wonga are going bust. A company set up to prey on the very poorest of us.

If Wonga are in debt, charge them 5,000 per cent interest and send the ­bailiffs to put the fear of God into them. 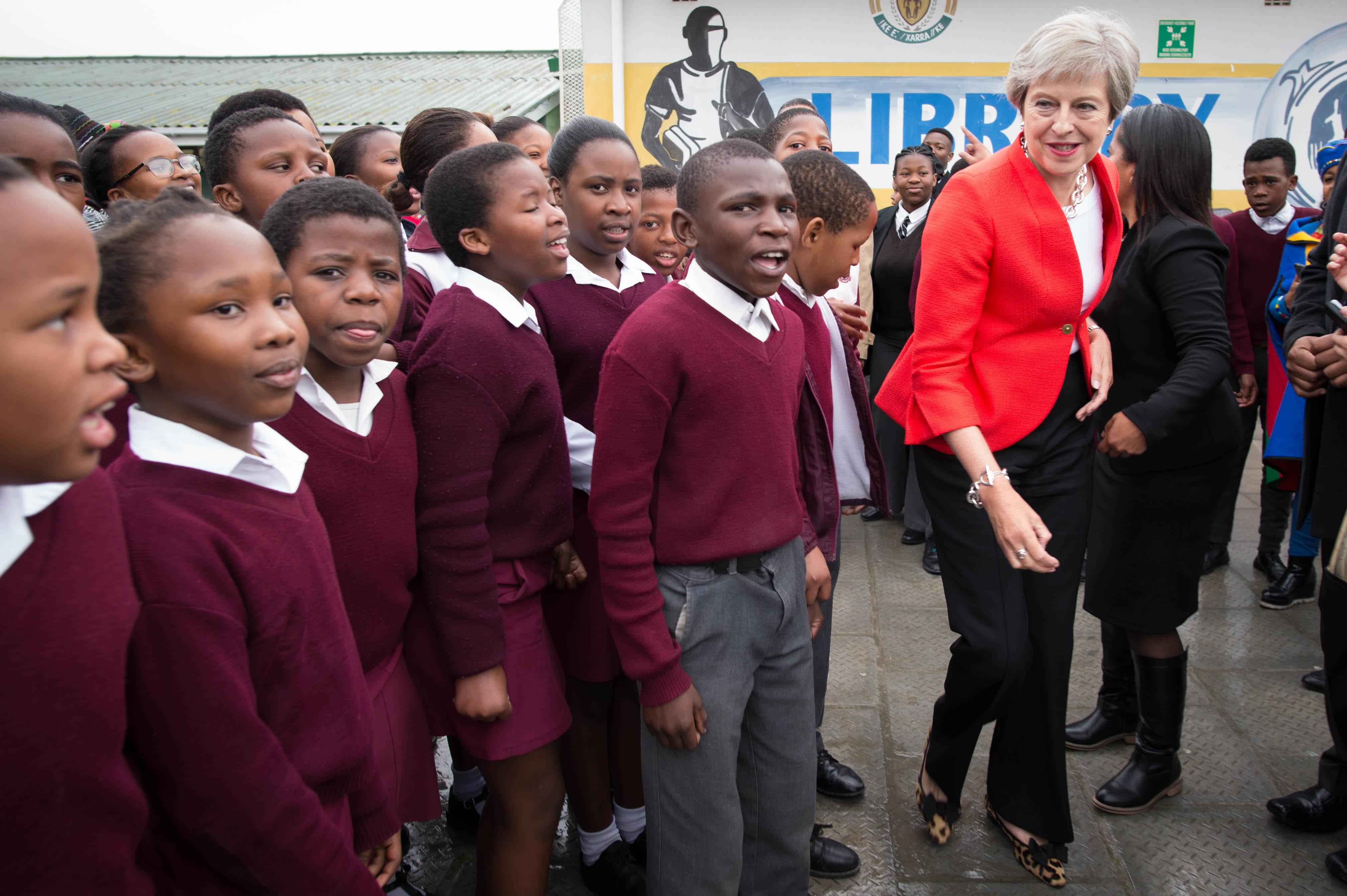 I FELT a little sorry for Theresa May being forced to dance with a bunch of South ­African children.

She resembled a marabou stork with Parkinson’s disease.
But she should have been a bit tougher. 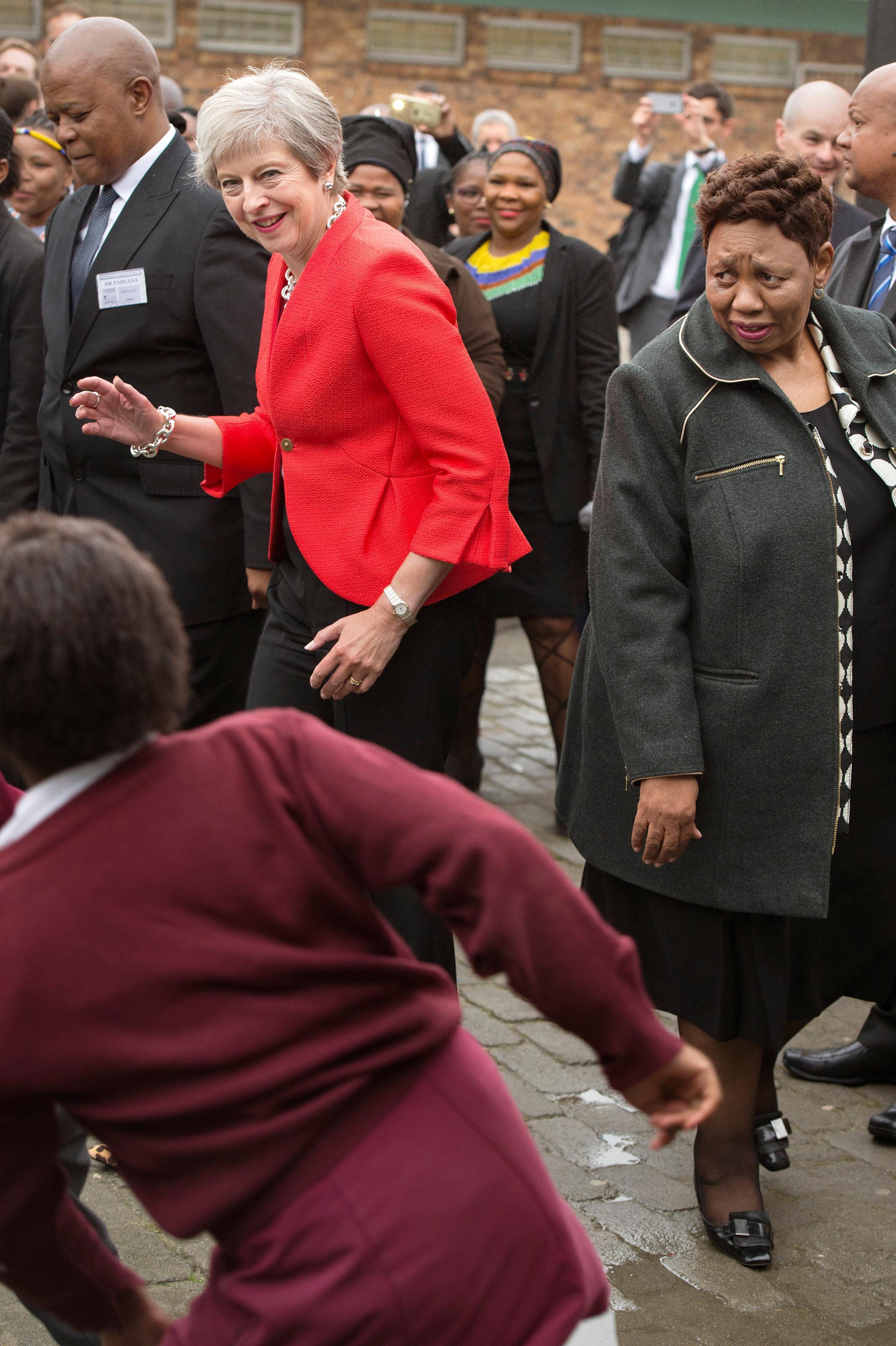 When asked if she would like to participate, the correct answer would have been: “I am the leader of a first-world country, not a performing seal.

Instead of dancing Theresa May should have been a bit tougher with the South Africans on their genocide of white farmers.

Give it ten years and South Africa will be as economically useless and corrupt as the rest of the continent. 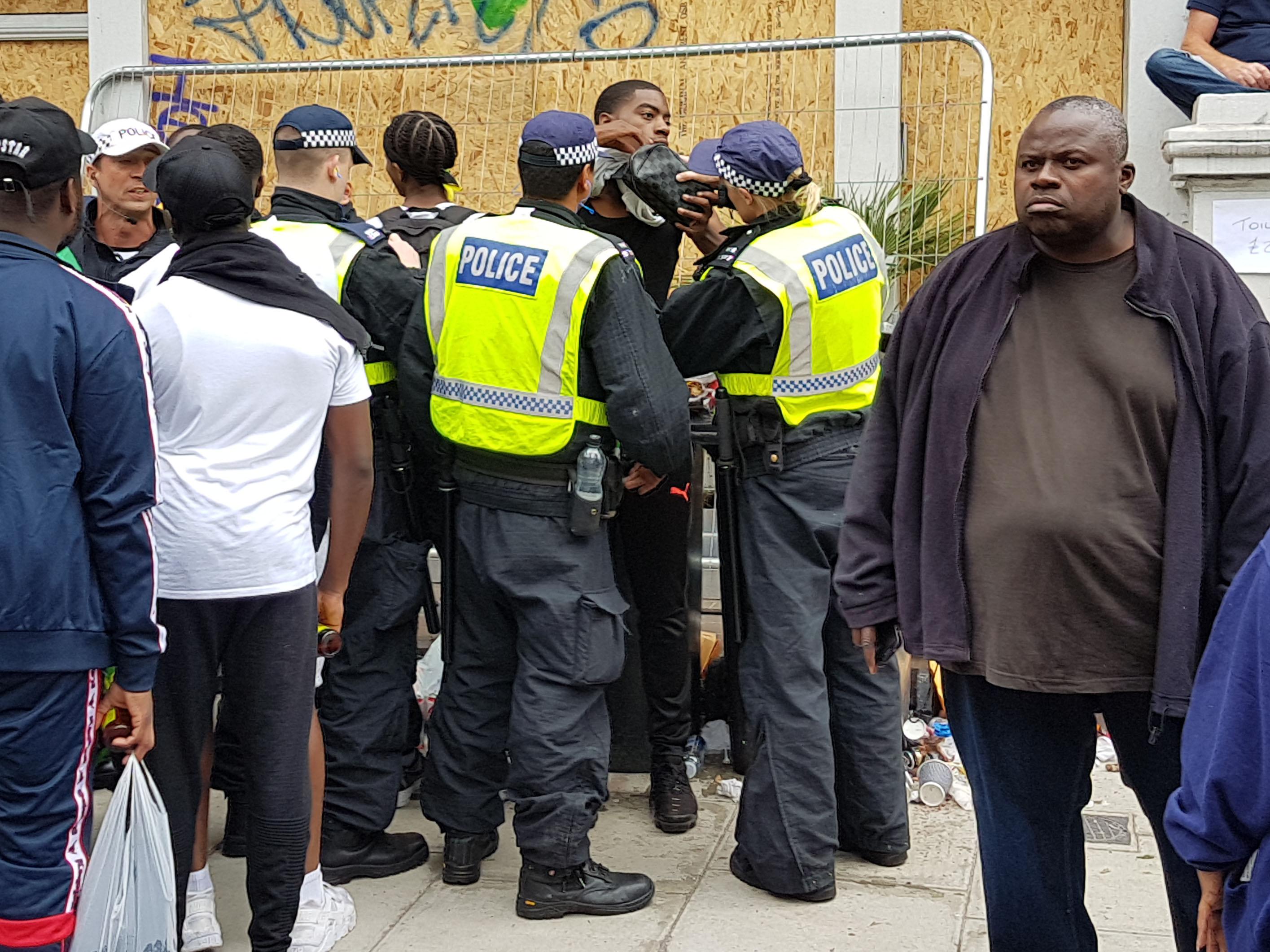 They should do Notting Hill 2 – Revenge Of The Bloods. 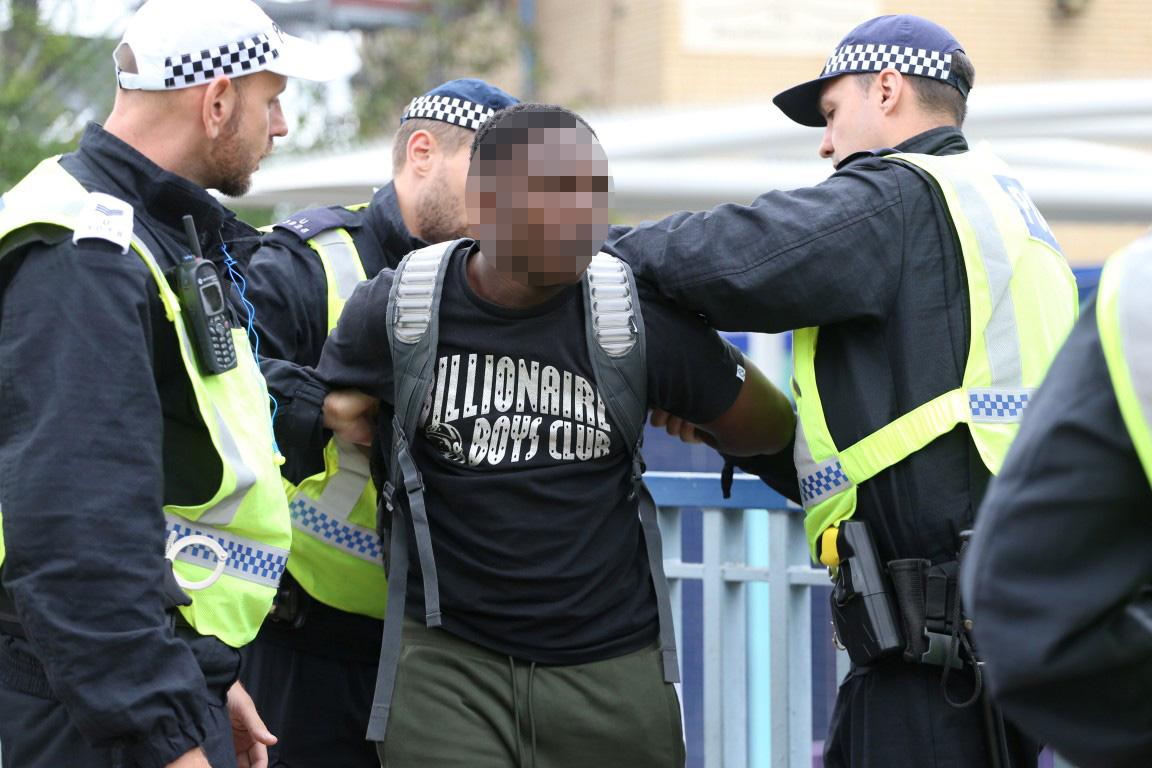 It would take place during the Notting Hill “Carnival”.

There were 373 arrests, nine sexual assaults and the usual stabbing.

Dare to suggest that perhaps this is a price too high to pay and you’ll get called a racist. 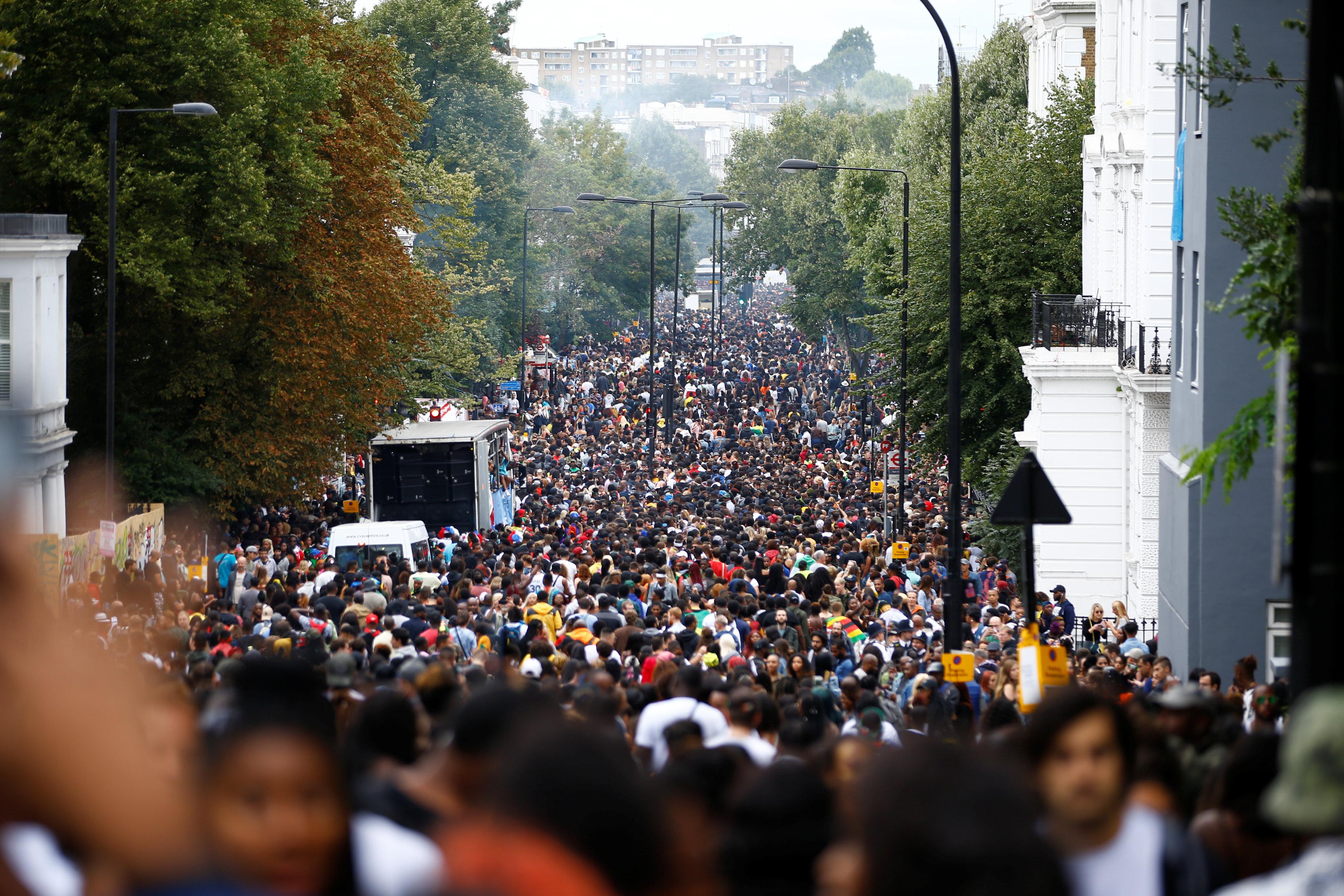 But he’d have done a great job on the movie.

No laughing matter for Pyle 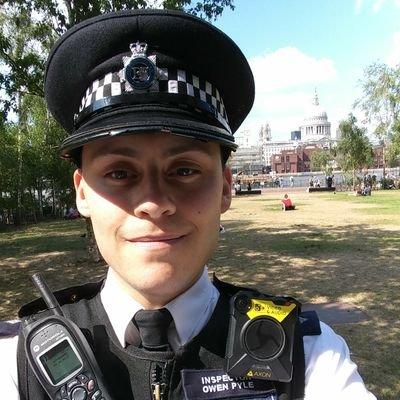 MIND you, not sure I’m ­terribly impressed with some of the coppers in attendance.

­Previously famous for talking about his “gay ­lifestyle” while being a serving officer in the Met.

A woman playfully slapped him on the bum at the carnival. He arrested her. And then took to ­Twitter, wreathed in sanctimony.

“I didn’t come to work today to be sexually assaulted while doing my job,” he bleated.

You humourless, right-on prig. Start getting things in a bit of proportion.

You’re supposed to be a copper.

Crummy idea for a show 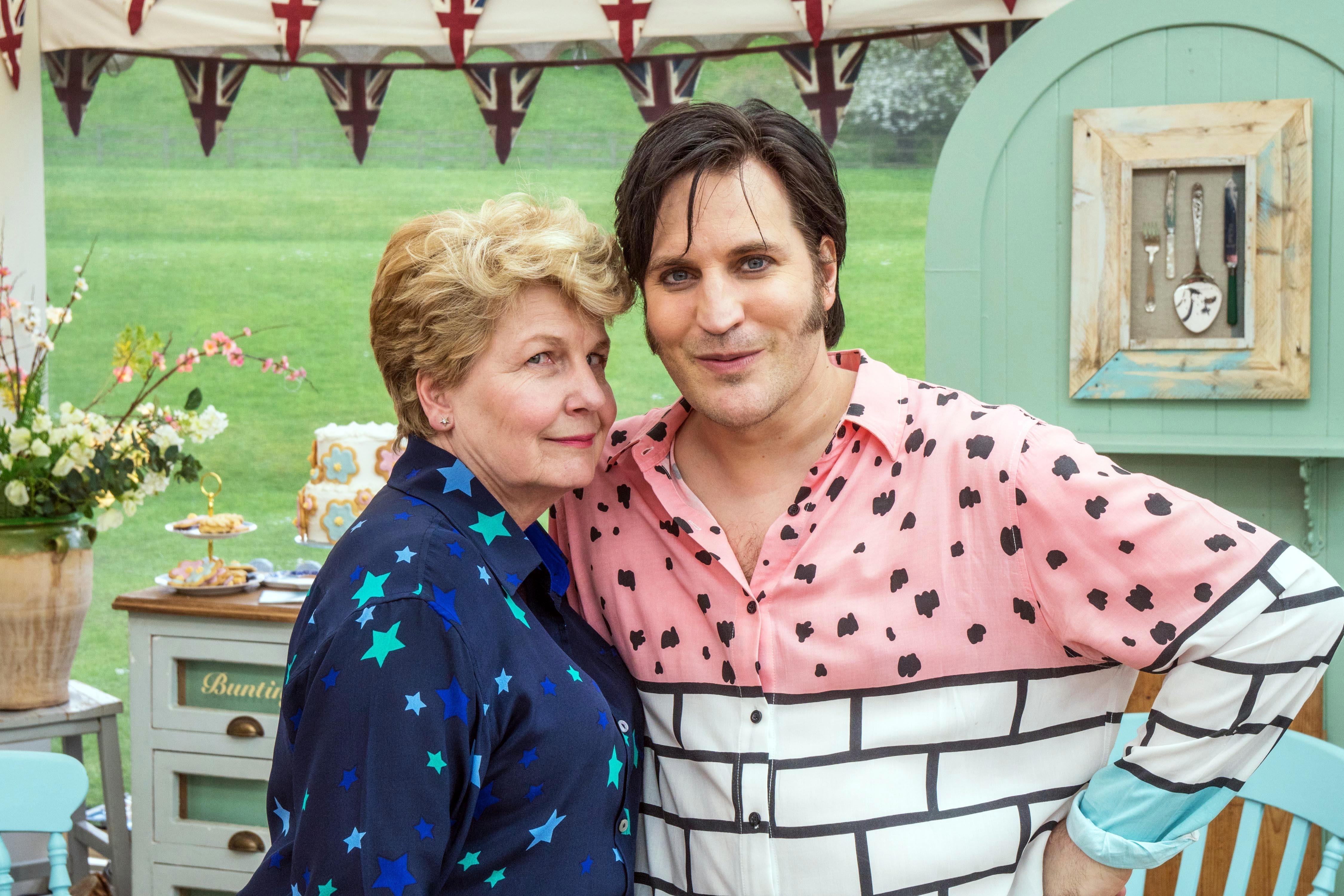 THERE are lots of things other people do for pleasure which I just don’t get.

But nothing bewilders me more than half the country glued to the television watching semi-famous people try to bake a bloody cake.

Where’s the entertainment in that? 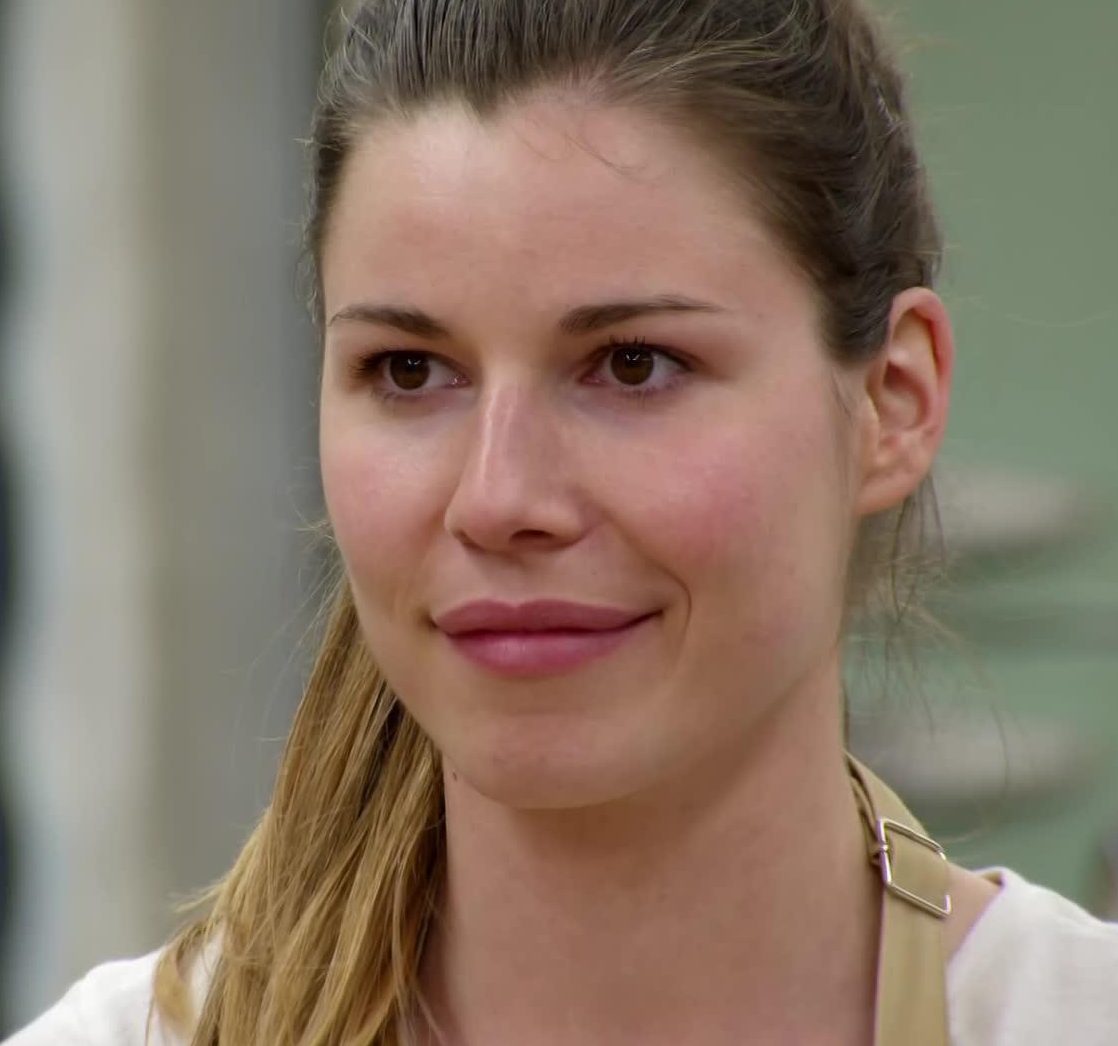 I’d rather watch a parrot in a liquidiser than The Great British Bake Off.

No matter how fit that woman Manon might be.

Here’s an idea for a TV show. How about Celebrity Ironing?

You get a bunch of Z-listers – some babes from a reality show, the occasional failed politician or past-it footballer – and see who can press a shirt without burning the collar. 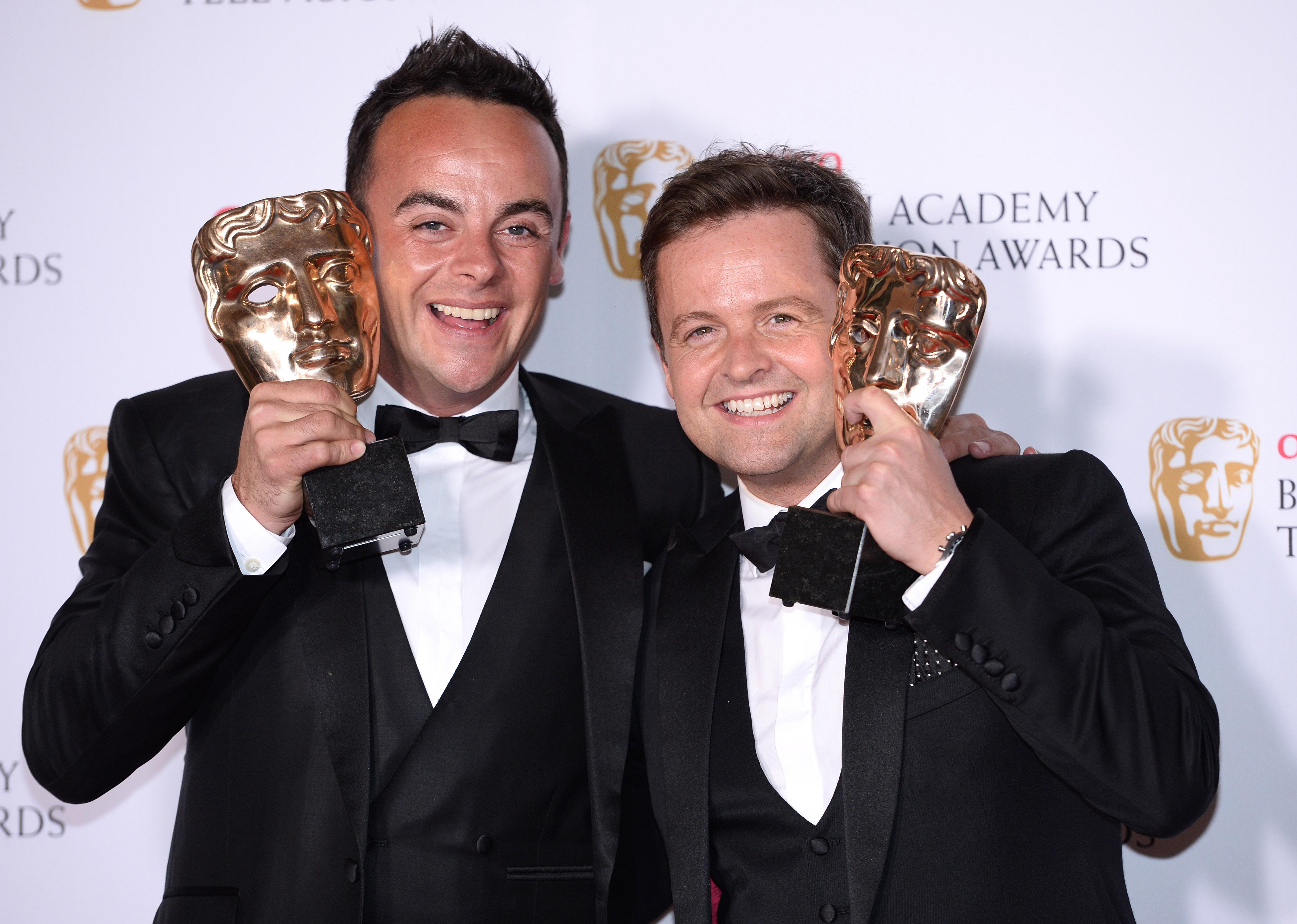 Hosted by whoever out of Ant and Dec hasn’t gone doolally.

“Oh look, Danny Dyer’s just not going to get the creases out unless he uses the steam appliance.

“And that will leave Michael Portillo and Maria Fowler to fight it out for first place.” 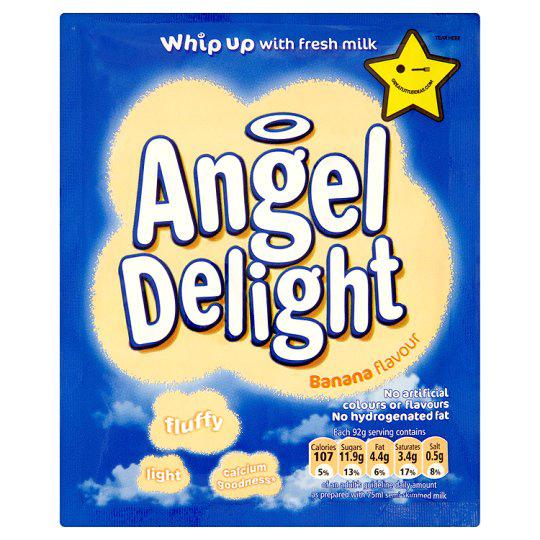 AIR pollution in cities leads to lower intelligence, according to a new study from China.

This explains a lot.

Take inner London, the most polluted of all our cities through carbon emissions and diesel fumes.

The residents all adore Jeremy Corbyn. 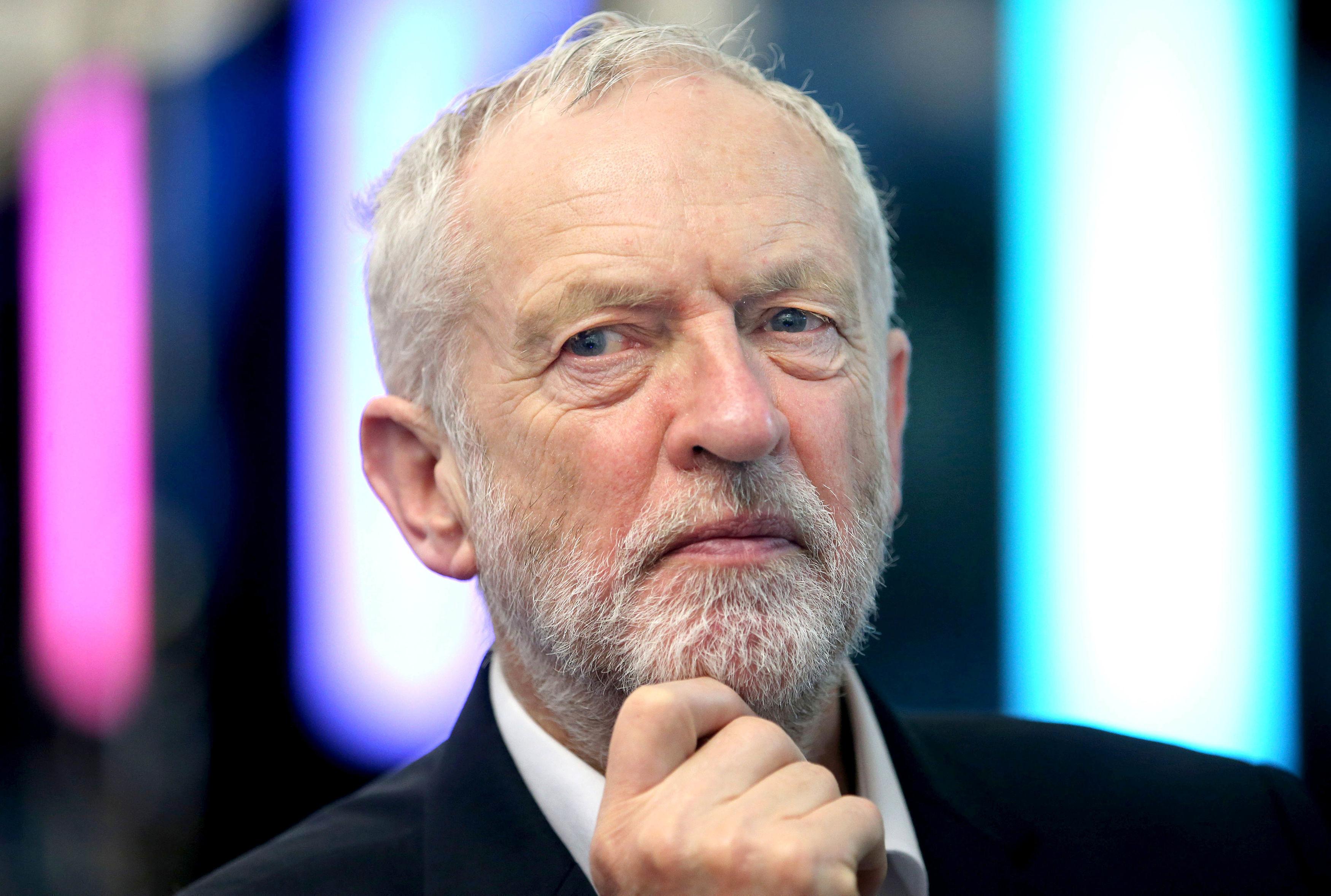 And that’s because the fumes have turned their brains to the consistency of banana- flavoured Angel Delight Whip.

I always wondered why it was.

And now we know. 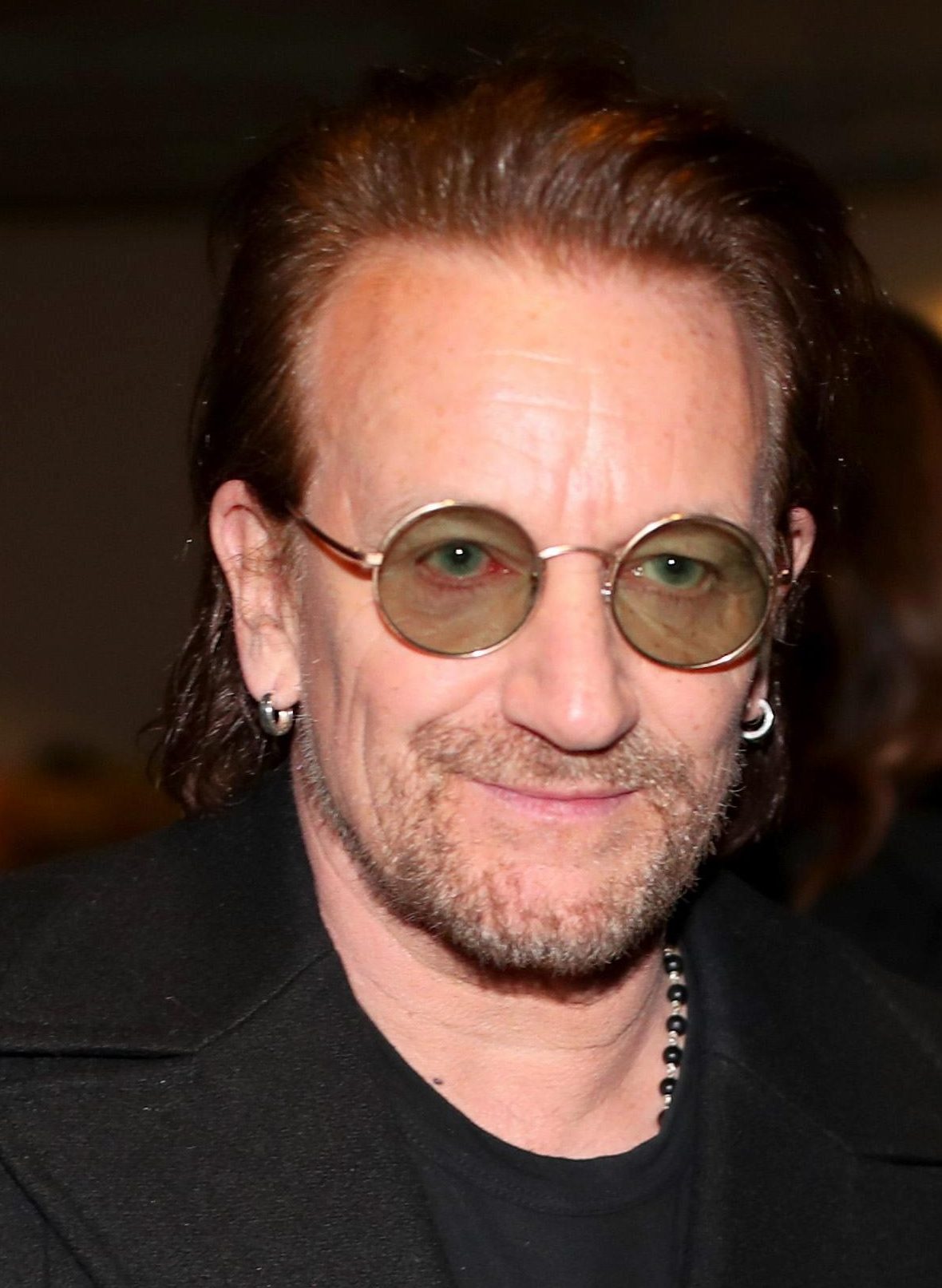 AS if there weren’t already enough reasons to not attend a concert by U2, Bono has just kindly given us another.

He’s going to be waving EU flags when his pompous, boring band are playing.

Supporting the EU is a radical act, he says. 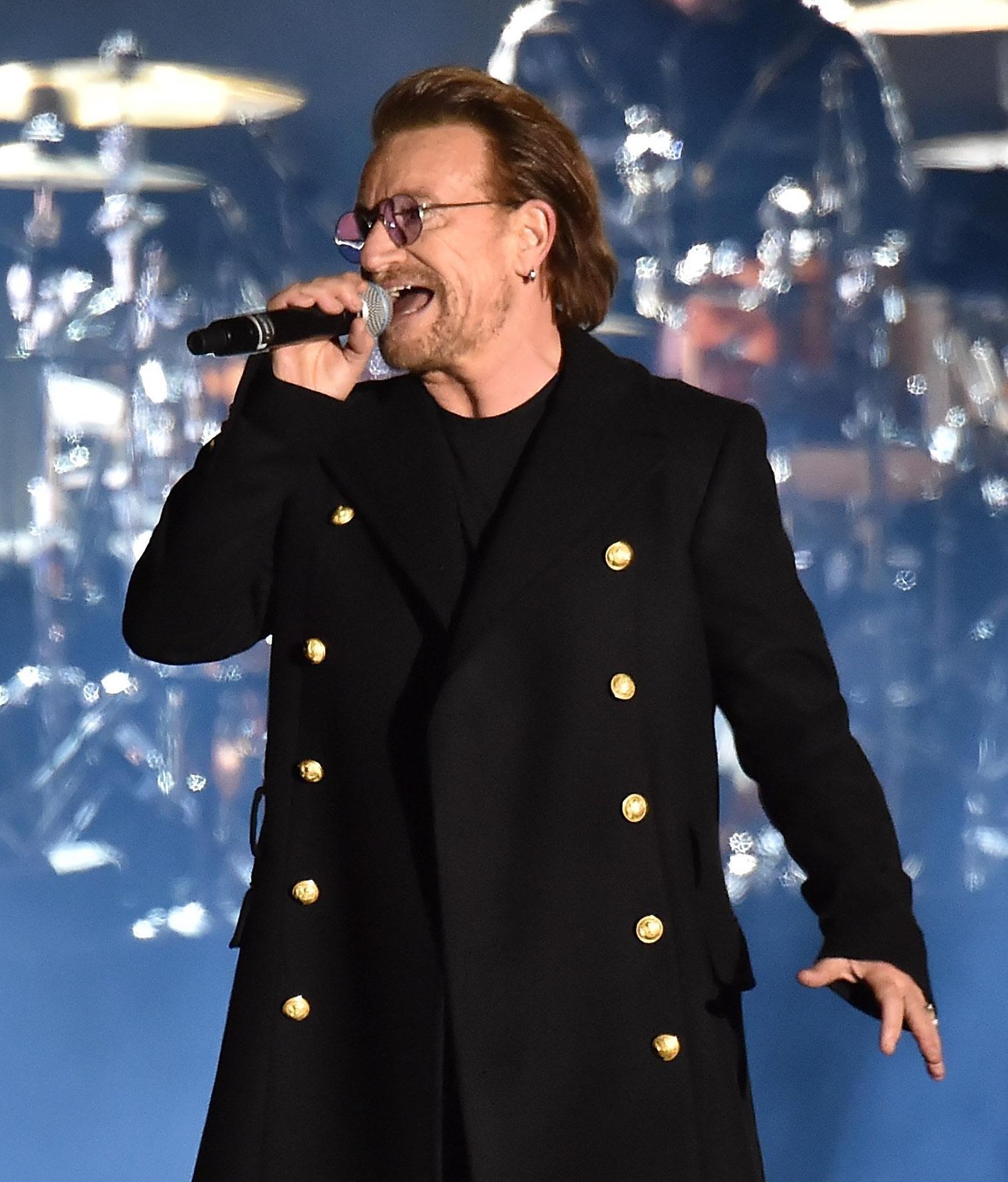 Tell that to the Poles, Hungarians, Austrians and Catalonians, who are sick of being bullied by the EU.

You want to know what a radical act is, mate?

Pay your taxes instead of squirreling your dosh away. How about that?

Cheese meats all your health needs 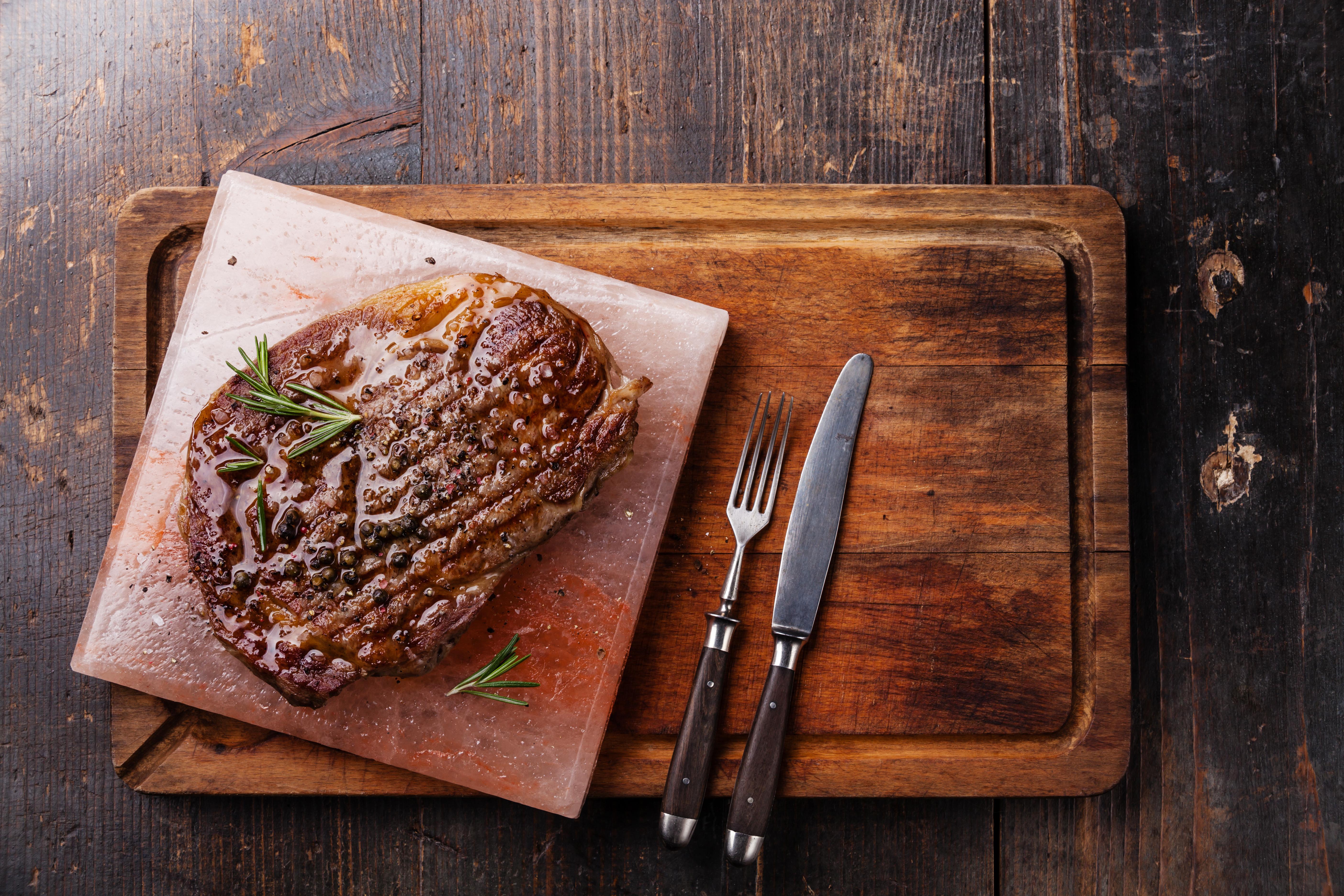 HEY, I’ve been doing things right all these years!

A new study says that eating loads of red meat and lots of fat is really good for you.

For years we have been told precisely the opposite.

Now we find that a Philly cheese rib-eye steak is actually going to make you live longer. 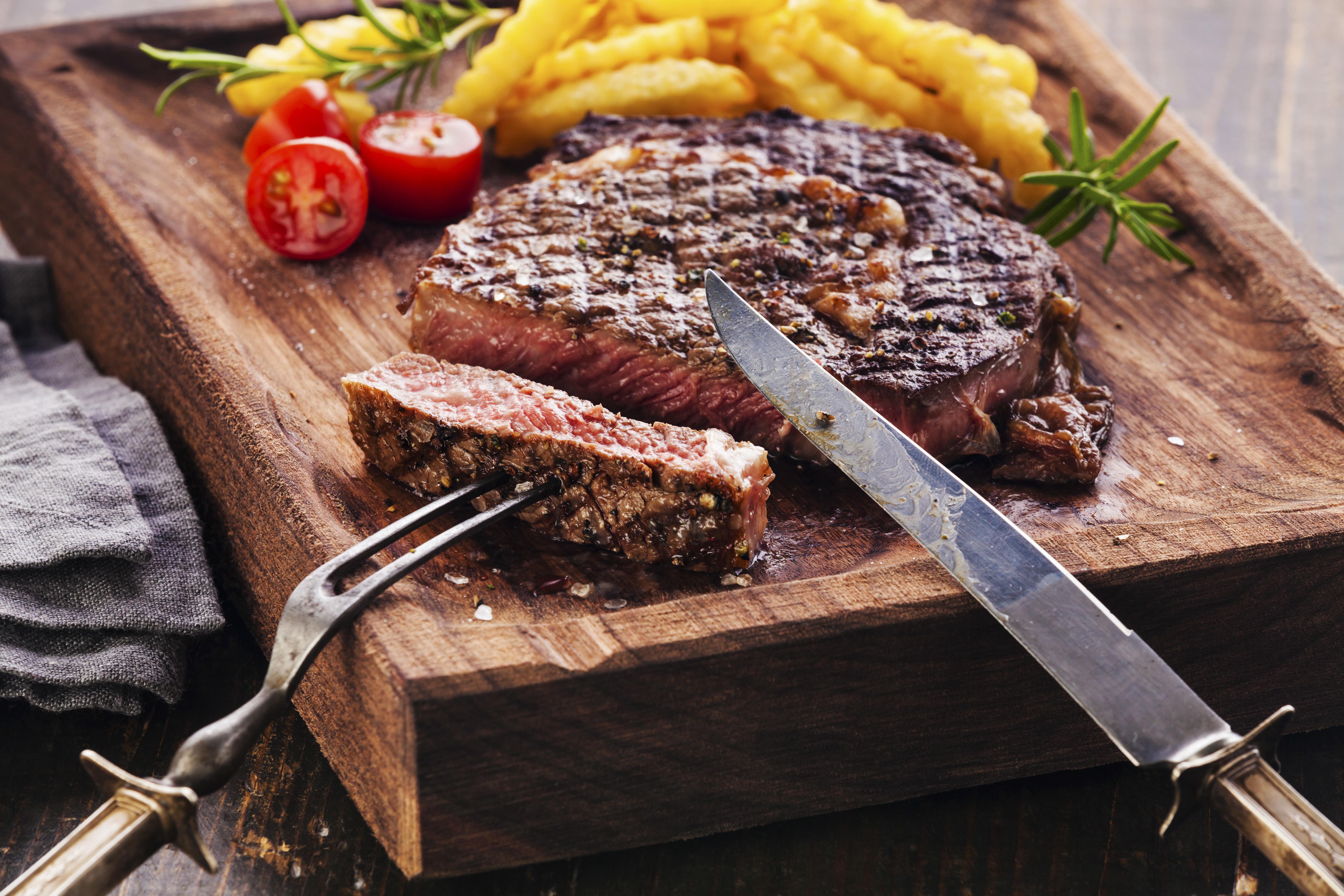 Never believe the health experts, about ­anything.

Incidentally, how can you tell if someone’s a vegan?