Tragic death of missing nurse Petra Srncova, 32, could be ‘not suspicious’, police say – as body found by children in London park is confirmed as hers two weeks after she vanished

Detectives investigating the discovery of a body – thought to be that of missing nurse Petra Srncova – have today revealed they do not believe the death to be suspicious.

Ms Srncova, a senior nurse assistant, 32, was last seen as she made her way home after finishing a shift at the Evelina London Children’s Hospital in Westminster on the evening of November 28.

She had travelled by bus to her address in Camberwell, south-east London, and was last seen in the area at 8.22pm.

Police investigating her disappearance were called to Brunswick Park, Camberwell, on Sunday after a group of children playing in the area were said to have discovered the body around 11.40am.

Detectives are yet to confirm if the body is that of Ms Srncova and say a formal post-mortem investigation will take place in the coming days.

However Scotland Yard said Ms Srncova’s family in her native Czech Republic had been ‘informed of this development’.

Meanwhile, the Czech Foreign Minister Jakub Kulhanek today said the Met had confirmed to his officials that the body is that of Ms Srncova. 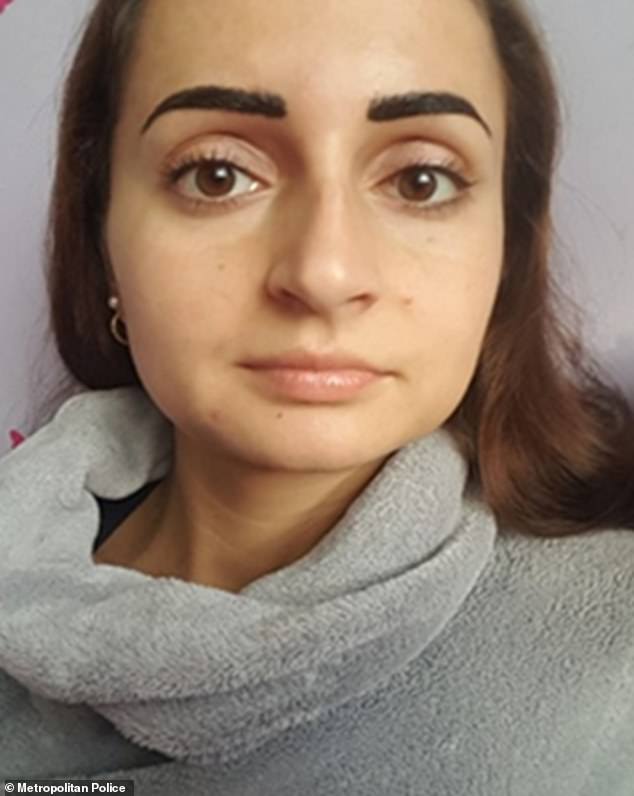 A body has been found in the hunt for missing nurse Petra Srncova (pictured) at a south London park, close to where she vanished two weeks ago 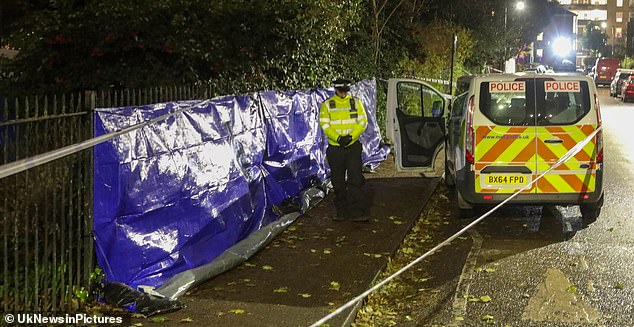 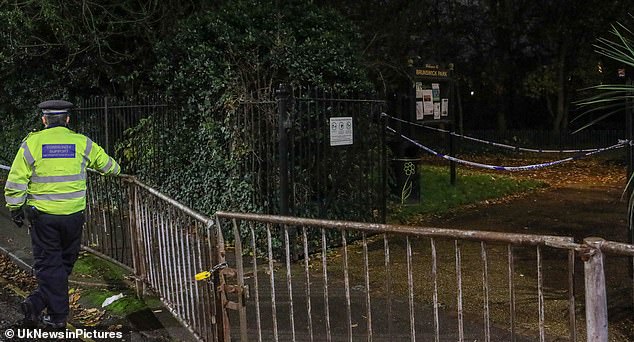 Police had grown increasingly concerned for her welfare and had issued a desperate appeal for anyone who had seen her and knew of her whereabouts to get in contact with them. Pictured left: Police at the scene in Brunswick Park

Today detectives said their initial enquiries suggest they do not believe the death of the woman found at Brunswick Park to be suspicious.

Police were earlier believed to have been investigating a report of an ‘odd man’ stalking staff at the hospital where Ms Srncova worked.

‘At approximately 11.40am on Sunday, 12 December police were called by a member of the public to reports of the body of a woman that had been found in Brunswick Park, SE5.

‘Officers attended and found a woman who was deceased. Her death is being treated as unexplained but initial enquiries suggest the circumstances are not suspicious.

‘A post-mortem examination will take place is due course. While formal identification awaits, Petra’s family have been informed of this development.’

Yesterday, the area around where the body was discovered was cordoned off while forensic investigators erected a blue tent as they worked into the night.

She said: ‘Body found in small park near where Petra lived. So, so sad.’ 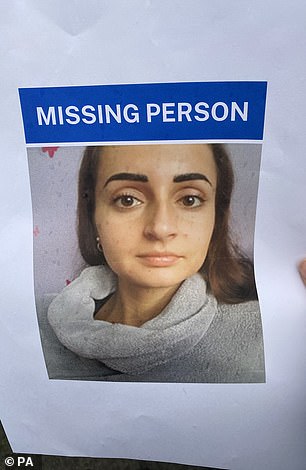 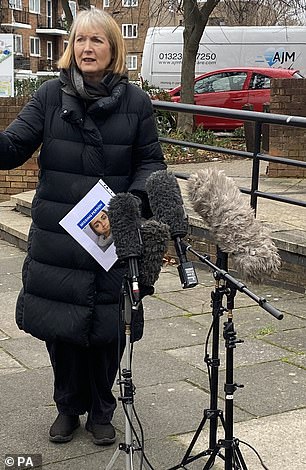 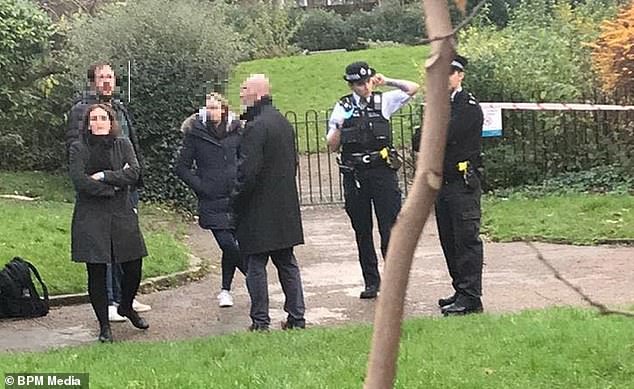 Police had grown increasingly concerned for her welfare and had issued a desperate appeal for anyone who had seen her and knew of her whereabouts to get in contact with them. Pictured left: Police at the scene in Brunswick Park

Miss Srncova is believed to have been wearing a green coat and carrying a red backpack when she left the hospital, which is across the Thames from Parliament, at 7.45pm on November 28.

Police said she withdrew money from a cashpoint before boarding a bus towards Elephant and Castle.

Miss Srncova then changed to a bus travelling southbound towards her home address.

A colleague raised the alarm on December 3 after she failed to turn up for work at the children’s hospital, which is part of Guy’s and St Thomas’ NHS Foundation Trust. 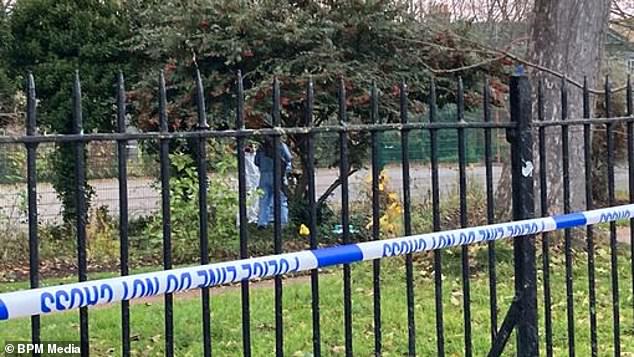 Police have informed Ms Srncova’s family of the development but formal identification has yet to take place. Pictured: The police cordon at the scene in Brunswick Park today

Responding to an appeal for more information on social media, an NHS worker also said a nurse had told her she was being followed as she left the hospital.

‘I was on the phone to her, she told me not to get off (the call) and pretended to be meeting me at the station because she had an odd man following,’ the paediatric nurse tweeted to the Met.

The force has made contact with this health worker and said investigators are interested in any information the public can provide.

Meanwhile, Selda Kayam, 36, resident and mother-of-two told MyLondon that it was her friend’s children who had discovered the body in the park this morning.

She said: ‘It’s quite scary for us, we feel like we’re not safe anymore.

‘I’m not really feeling comfortable. I’m not sure if I would take my children back to that park.

‘When my friend’s kids were running around the park, that’s when they saw it. It’s really shocking.’

And another person living in the area called Fred said he was feeling ‘unsettled’.

He also said there was a murder in the area about a month ago before this latest incident. 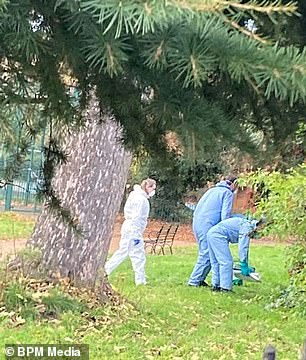 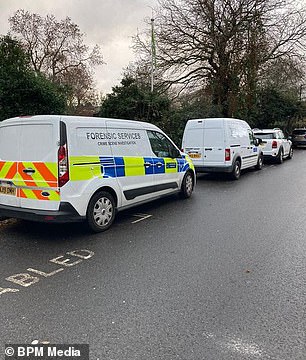 The man said he has not had trouble in the area but has been left unsettled knowing the body was discovered opposite his house.

Reacting to yesterday’s development, the trust and Evelina tweeted: ‘This is extremely sad and worrying news regarding the disappearance of our colleague.

‘Our thoughts are with Petra’s family, friends and colleagues at this hugely difficult time.’

The Czech Embassy in London said: ‘We would like to express our deepest condolences to the family of the deceased Czech citizen.’

A man arrested and taken into custody in connection with her disappearance was released on bail over the weekend pending further inquiries.