PETER Mayhew died after a heart attack which was caused by complications arising from his 7ft 2in height, it has been claimed.

The 74-year-old actor who played Chewbacca in Star Wars died "with his family by his side" at his Texas home, on Tuesday. 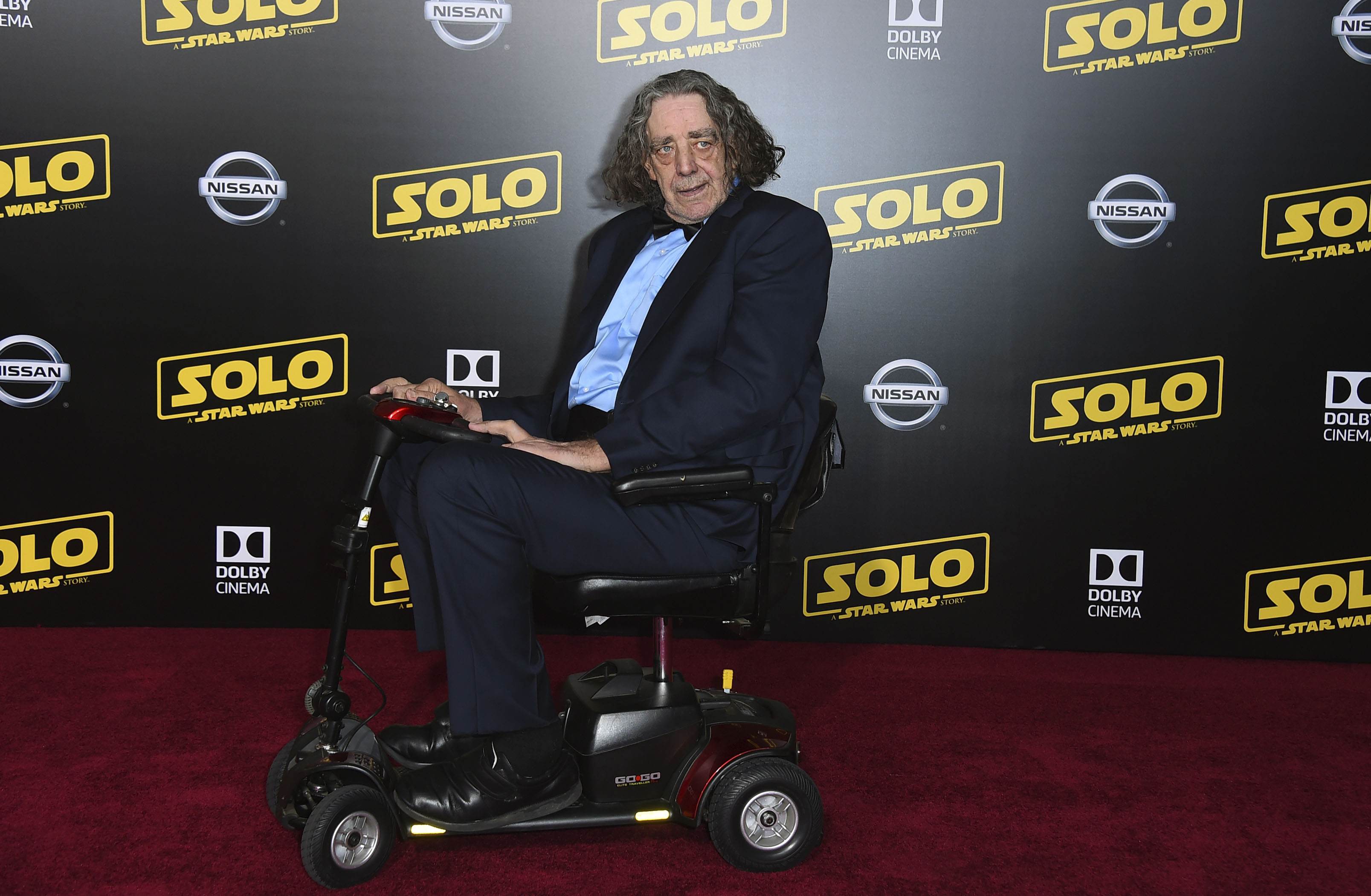 His family did not immediately reveal what his cause of death was.

They hailed the actor as a "gentle giant and a very quiet, shy and beautiful person".

During filming of The Force Awakens Mayhew shared his role with Finnish actor Joonas Suotamo.

His family said: "Peter was the man behind the mask of Chewbacca in the original Star Wars triology, episode 3 of the prequels and the New Triology.

"He fought his way back from being wheelchair-bound to stand tall and portray Chewbacca once more in Star Wars: The Force Awakens.

"He also consulted on The Last Jedi in an attempt to teach his successor.

But it was during the production of this film, his health worsened.

Producers insisted they would replace his role with another actor, the broadcaster reported, but he insisted he will recover in time for filming.

Mr Ziegler said Mayhew took part in rigorous training and physical therapy to get back in shape.

Every day sessions would last three hours, and he stuck to the plan for around four months.

But he did manage to play the role which he made famous.

A memorial service for family and friends is planned for June 29, and a memorial for fans will take place in December at EmpireConLA.

His family said: “As he grew older he continued to ‘soldier on’ as he put it and was completely in his element around fans and supporters.

“He grew great strength from the energy of his family, friends and the fans he knew and loved.”

He used his fame to support charitable work, ultimately setting up the Peter Mayhew Foundation to support a variety of causes.

That work will continue under the leadership of his wife, Angie.

Mayhew is also survived by his three children. 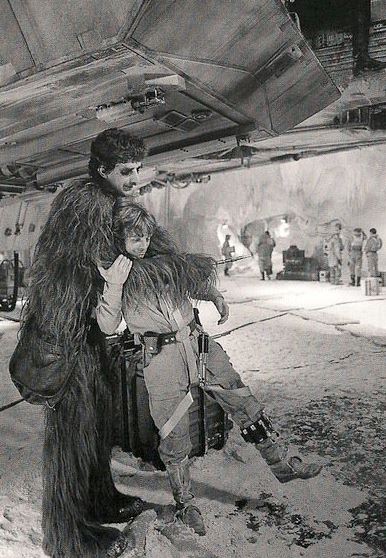 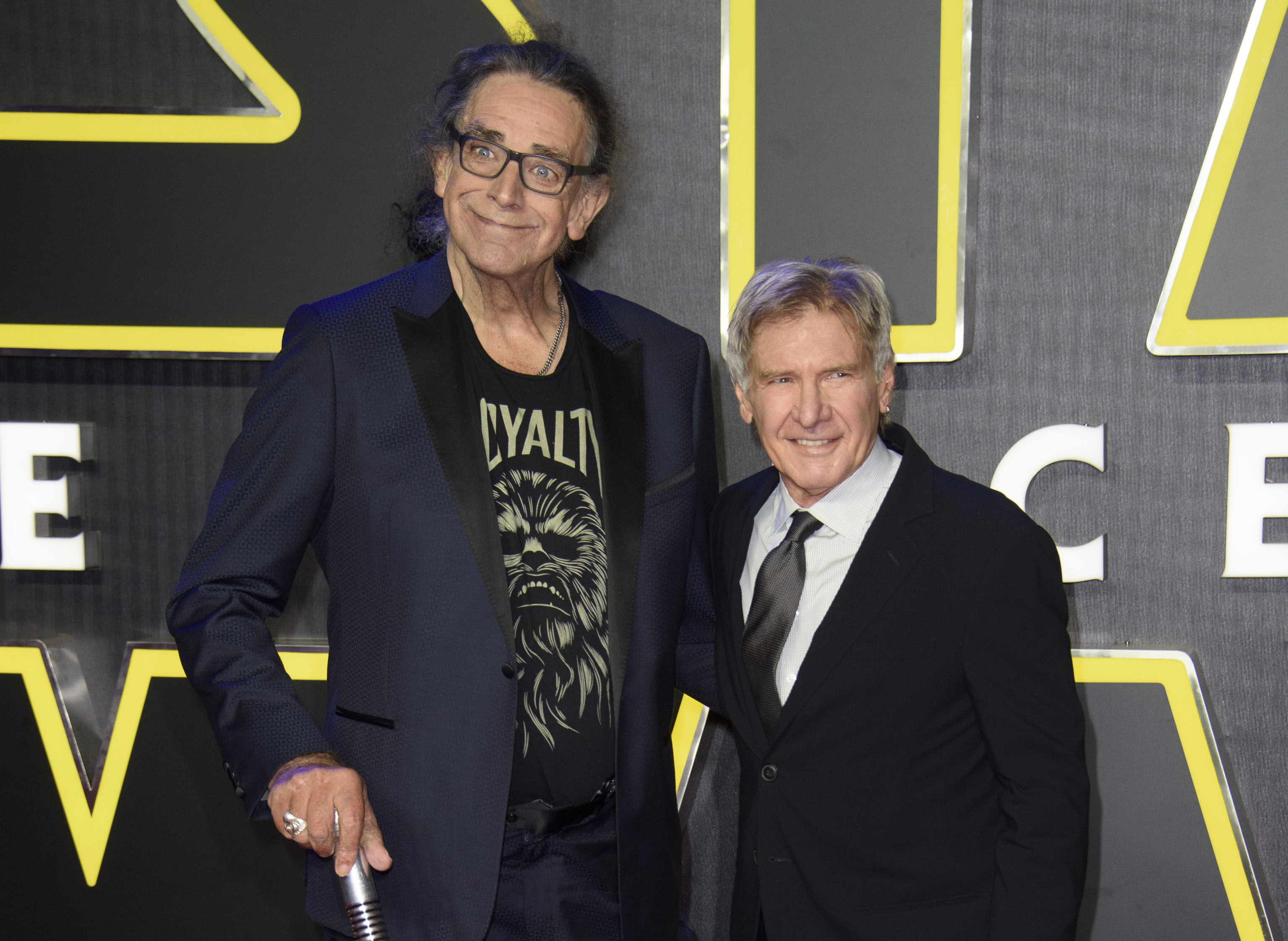 Hamill, who played Luke Skywalker in the iconic film series, remembered his co-star as the “gentlest of giants”.

He tweeted: “A big man with an even bigger heart who never failed to make me smile and a loyal friend who I loved dearly.

“I'm grateful for the memories we shared and I'm a better man for just having known him. Thanks Pete #RIPPeterMayhew #Heartbroken.”

Harrison Ford, who portrayed Han Solo in the franchise, paid a heartbreaking tribute to his Millennium Falcon co-pilot, saying: “I loved him”.

"Peter Mayhew was a kind and gentle man, possessed of great dignity and noble character,” he said.

"These aspects of his own personality, plus his wit and grace, he brought to Chewbacca.

“We were partners in film and friends in life for over 30 years and I loved him. He invested his soul in the character and brought great pleasure to the Star Wars audience.

"Chewbacca was an important part of the success of the films we made together. He knew how important the fans of the franchise were to its continued success and he was devoted to them.

"I and millions of others will never forget Peter and what he gave us all. My thoughts are with his dear wife Angie and his children. Rest easy, my dear friend."

Fellow co-star Billy Dee Williams, who played Lando Calrissian in Star Wars, tweeted: “Much more than Chewie to me.

“My heart hurts…I will miss you my dear friend…thanks for the great memories! #RIPPeterMayhew #StarWars.”

In a statement, he said: "Peter was a wonderful man. He was the closest any human being could be to a Wookiee: big heart, gentle nature – and I learned to always let him win. He was a good friend, and I'm saddened by his passing."

Mayhew got the role in the original Star Wars film after creator George Lucas needed a tall actor to play hairy alien Chewbacca.

David Prowse, who was 6ft 6ins, was originally in the frame but chose instead to play Darth Vader.

Lucas discovered Mayhew, who was chosen purely for his height.

Mayhew, from Surrey, was born with Marfan syndrome – a connective tissue disease that caused his great height.

He had undergone spinal surgery last July to try and improve his mobility.

Mayhew was much loved on the Star Wars convention circuit and wrote two books "Growing Up Giant" and "My Favourite Giant". 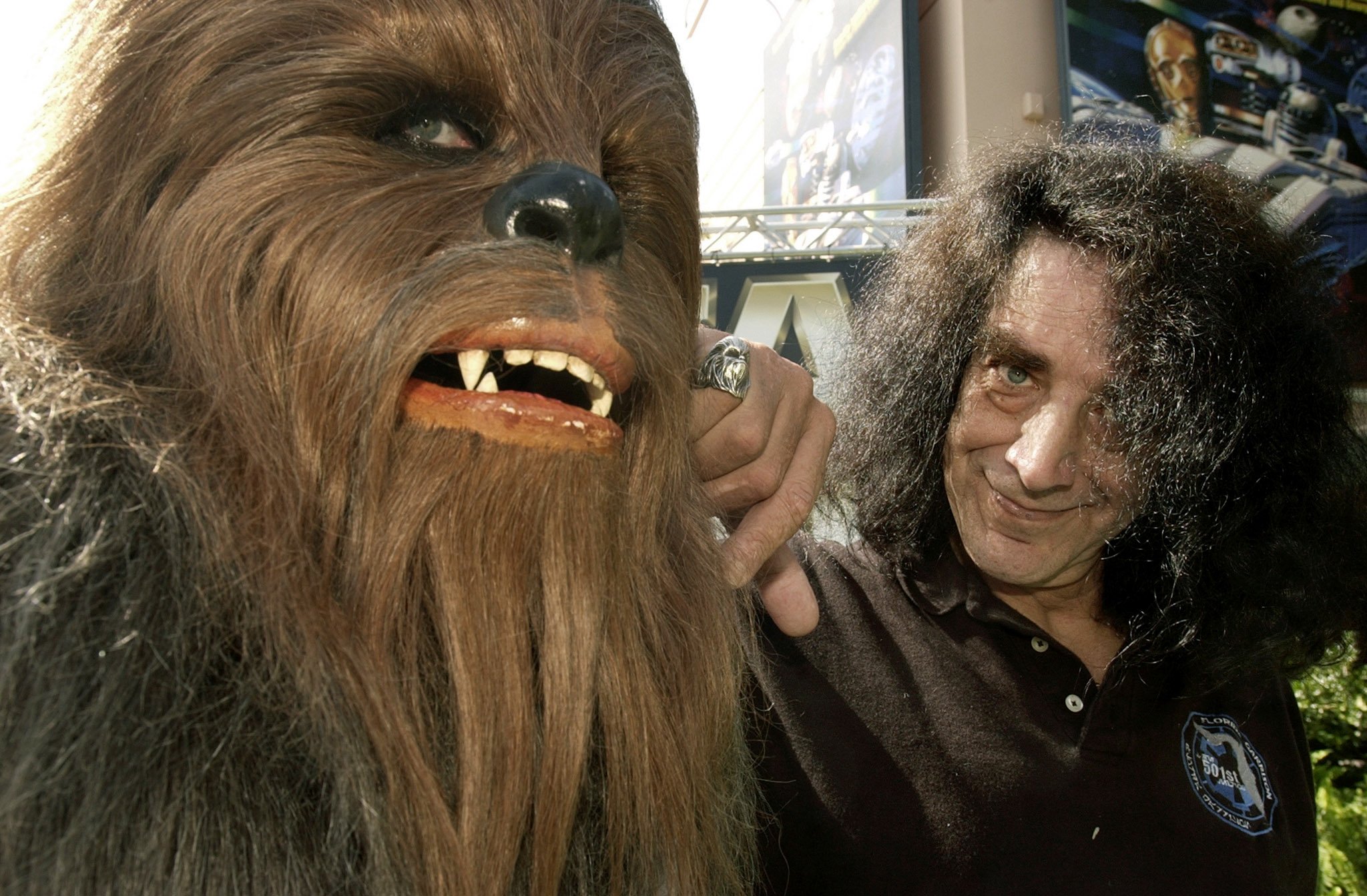 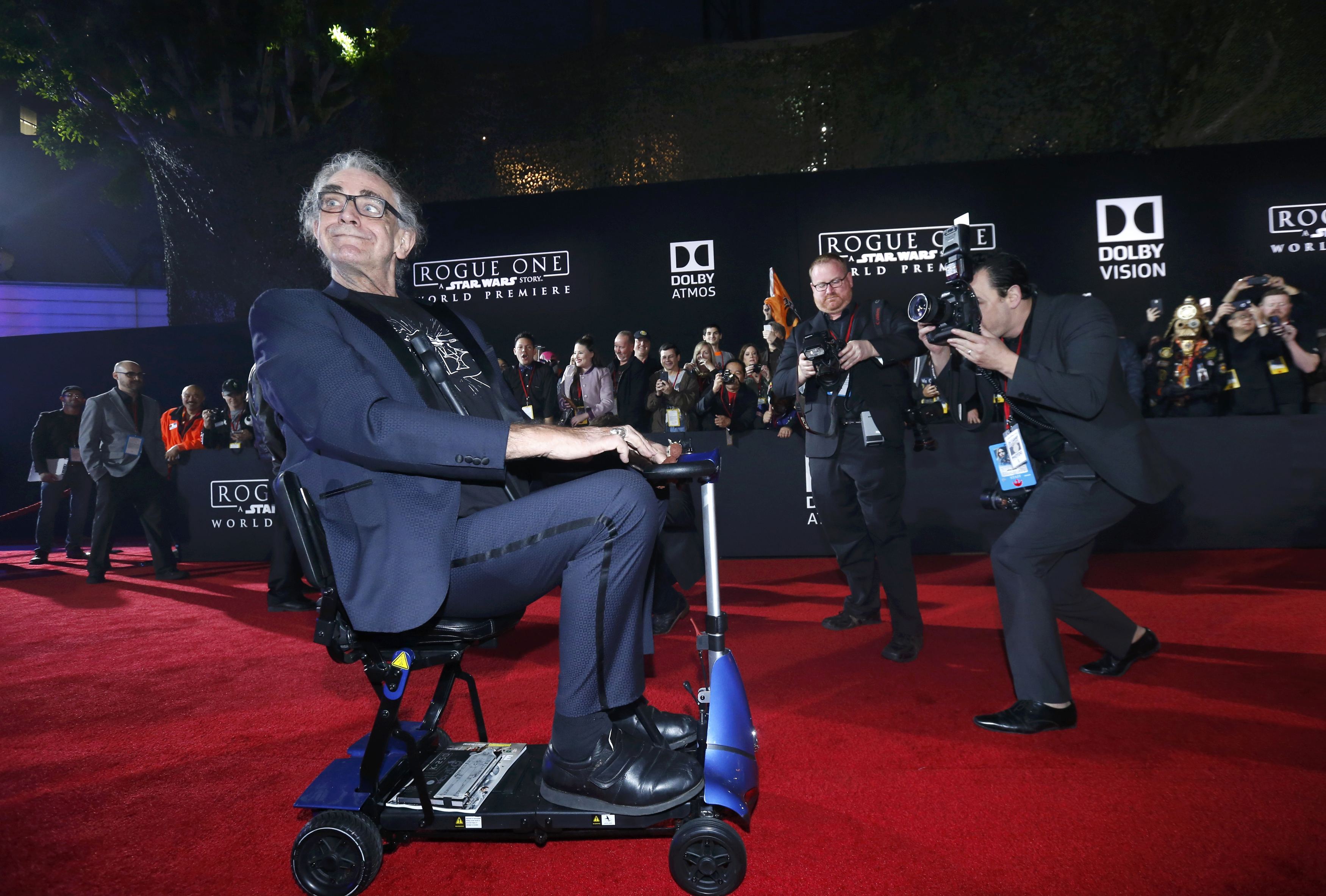 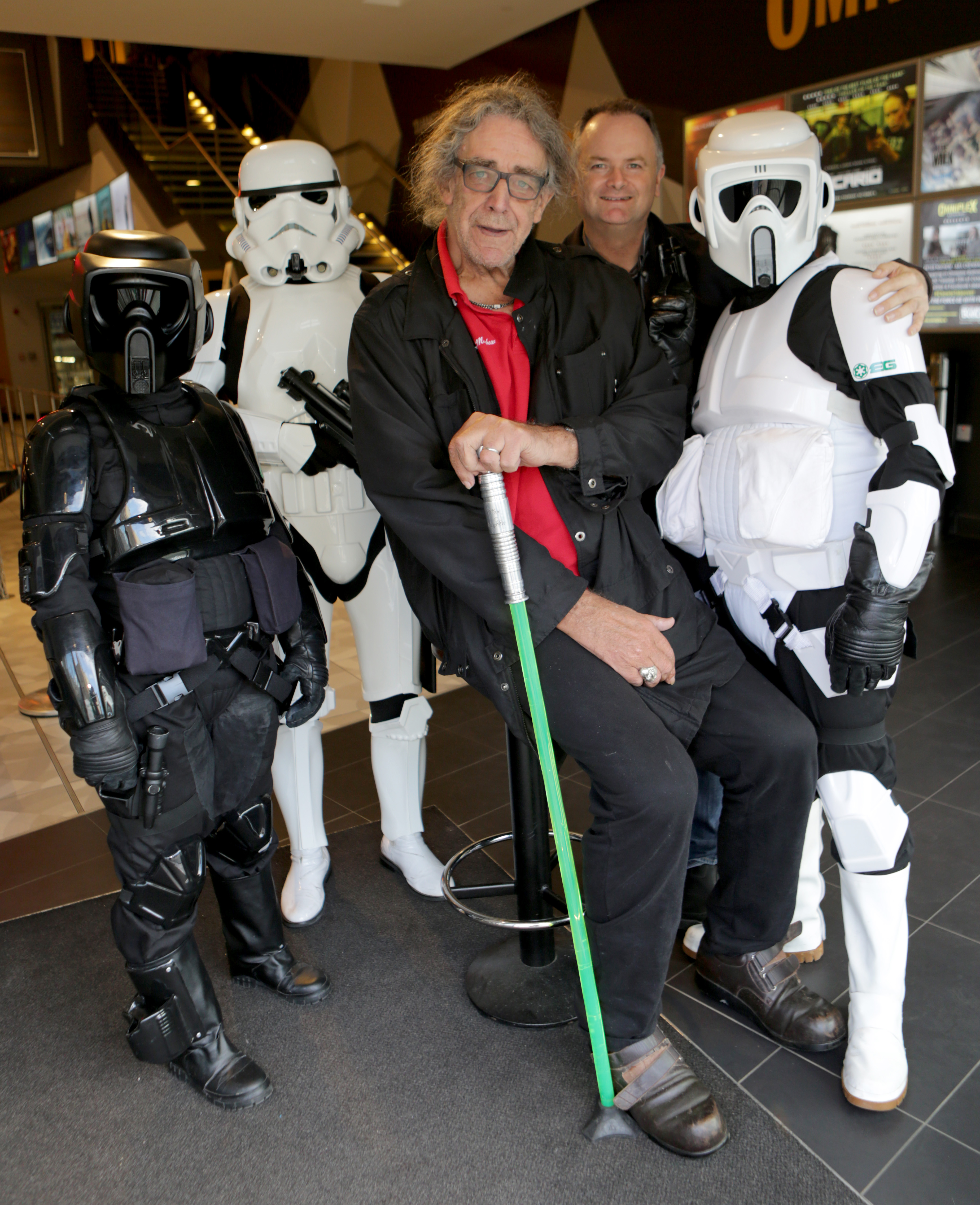 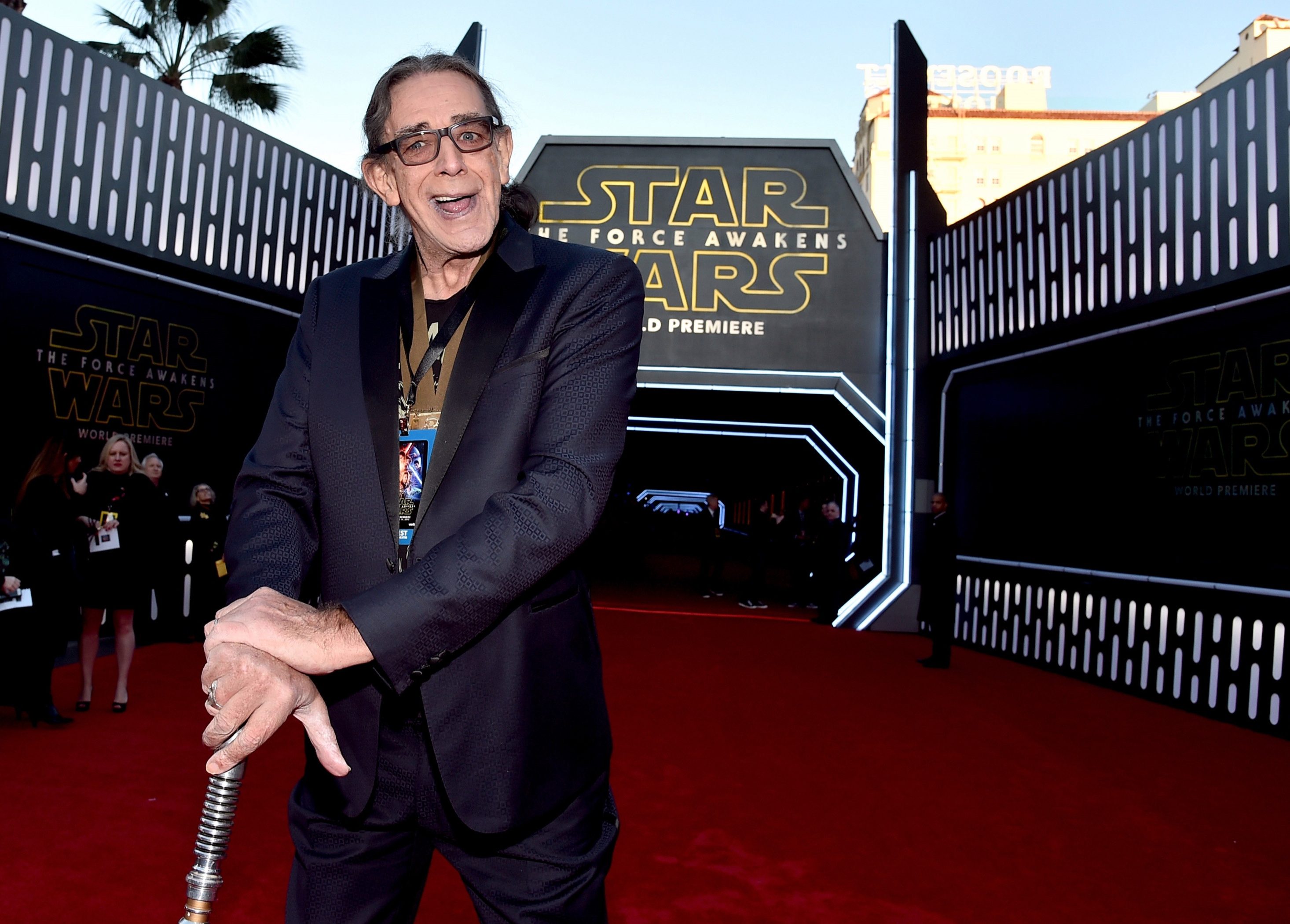 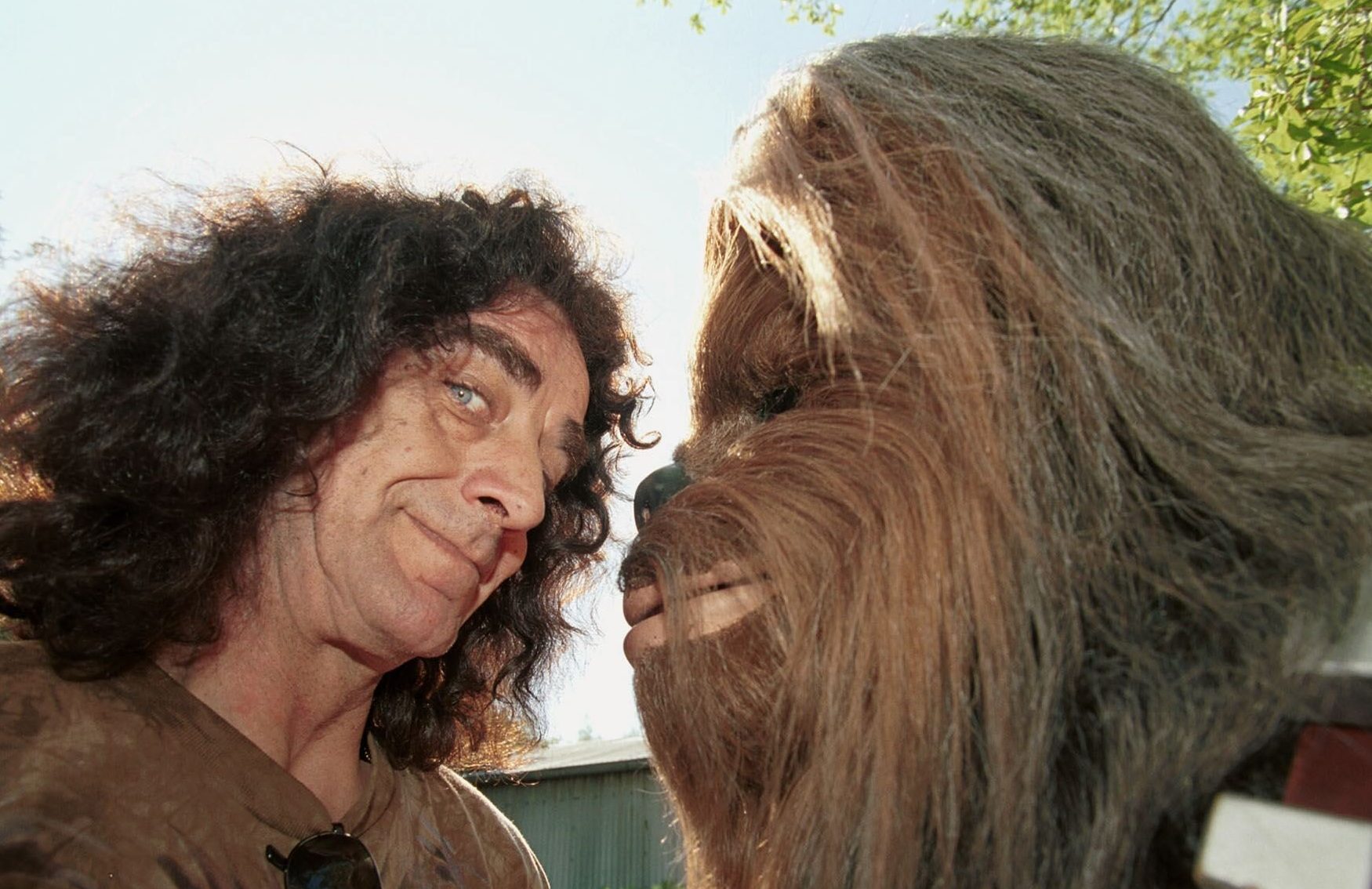 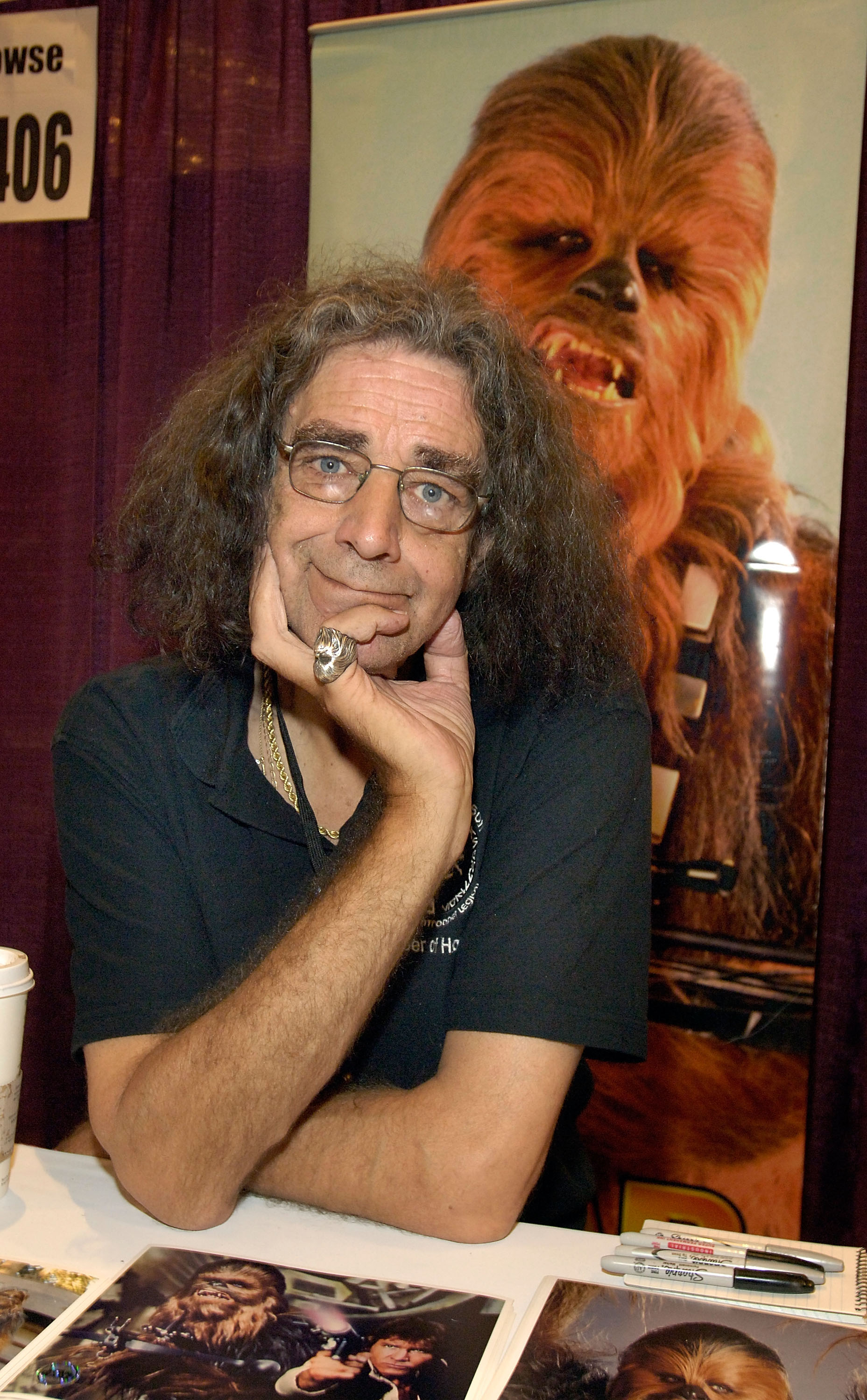 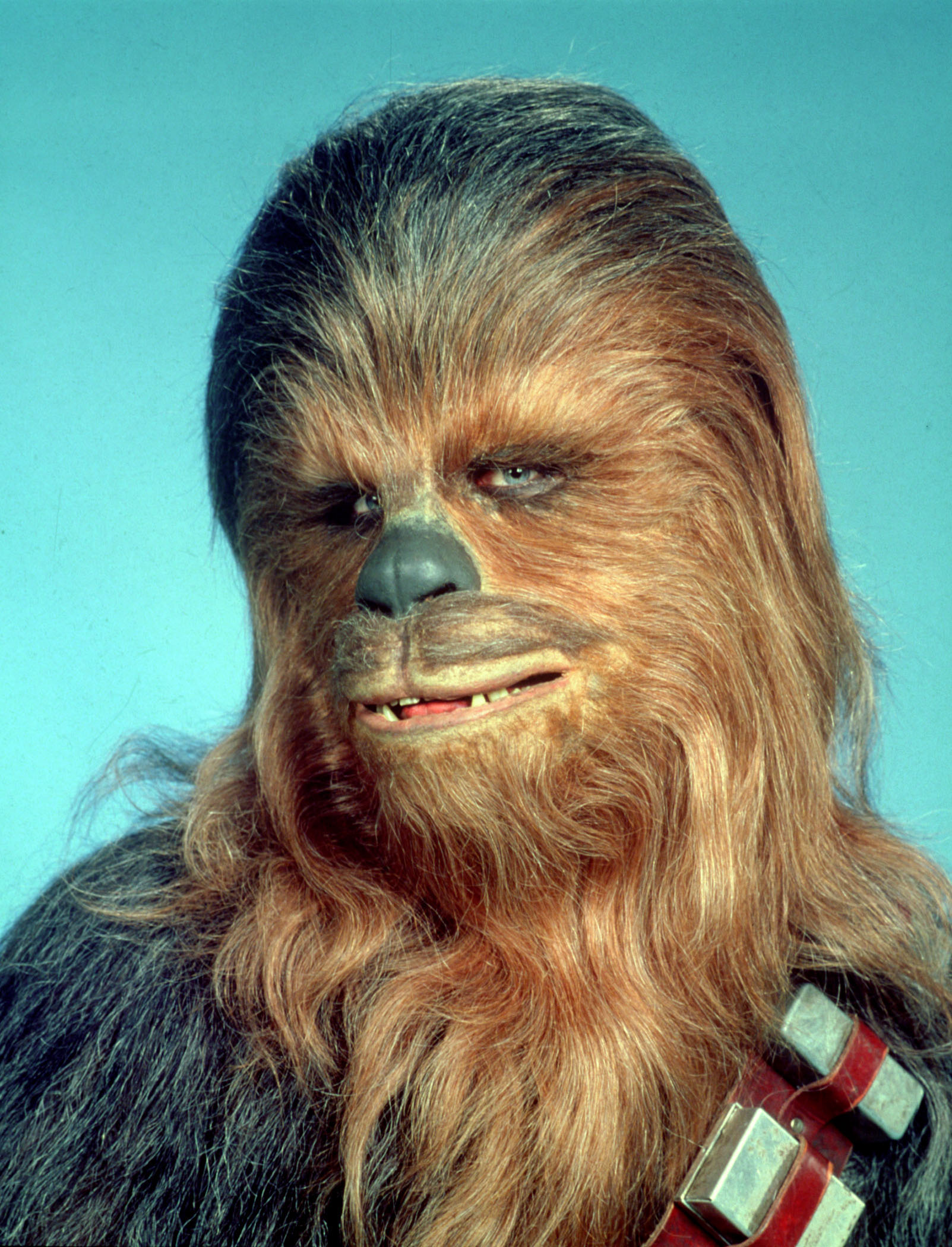